California stands at the forefront of sustainable gastronomy in America. As the national leader in total agricultural output, it only makes sense that large-scale conversations about food turn to the Golden State. Beyond boasting some of the world’s most fertile growing regions, California has a long history of combining eco-consciousness with cuisine— it’s where the American organic food movement as we know it was pioneered. One of the core principles that inspired the movement was the idea that how people choose to eat can have far-reaching consequences. The MICHELIN Guide first unveiled its Green Star awards for sustainable gastronomy in California. In honor of Earth Day, let's take a closer look at some of the restaurants leading the charge in sustainable dining. 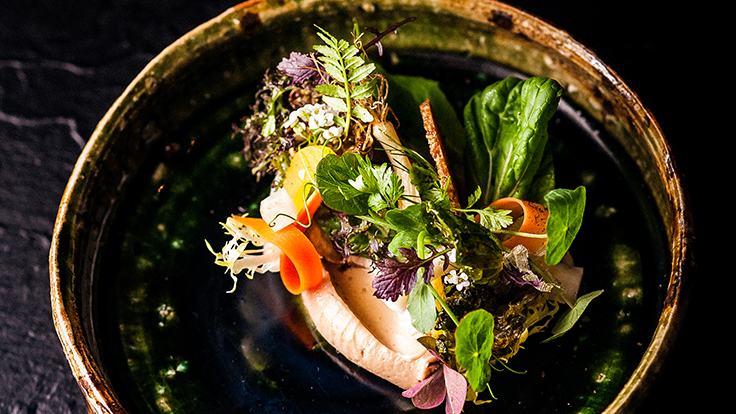 If there were a hall of fame for forward-thinking restaurants, Chez Panisse (MICHELIN Plate, Green Star) would unquestionably be one of the most prominent entries. The famed Berkeley institution is synonymous with the phrase “farm to table”, and much of that enduring legacy is thanks to its high priestess of locavorism, Alice Waters. Few have done more to spread the gospel of sustainable eating than she has. Since it was founded in the early ‘70s, Chez Panisse has been promoting eating local and supporting responsible farming, and it’s nearly impossible to overstate the long shadow it has cast on California restaurants and beyond. Not content to rest on its laurels, Chez Panisse continues to lead by example, sourcing its exquisite produce mostly from its own organic farm, and the remainder from small farms within a 50-mile radius of the restaurant. In order to expand the scope of these efforts beyond the restaurant, Waters founded her nonprofit, The Edible Schoolyard Project, in 1995. In the organization’s own words, it uses “hands-on educational experiences in the garden, kitchen, and cafeteria that connect children to food, nature, and to each other”.

Chez Panisse was undoubtedly a trailblazer in the arena of restaurants with their own organic farms, but nowadays it stands with some rather exalted company. SingleThread (Three MICHELIN Stars, Green Star), in the heart of Sonoma’s wing of Wine Country, has a nearby five-acre organic farm that grows 70% of produce used by the restaurant, including a grove of over 100 olive trees (which supplies all its olive oil), all without any use of municipal water. 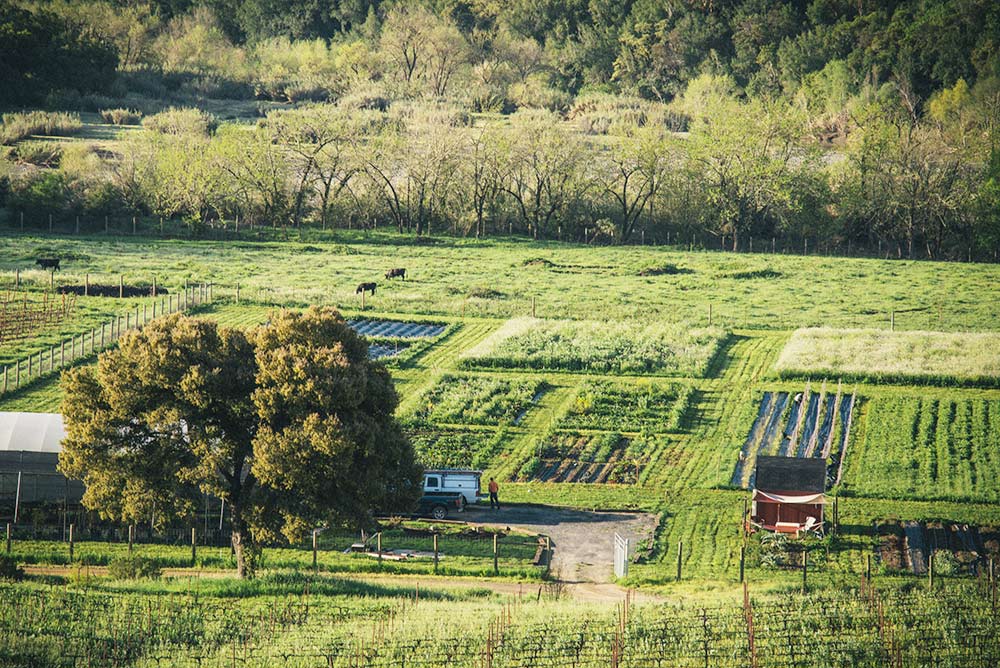 Quince (Three MICHELIN Stars, Green Star) has an exclusive relationship with a 25-acre farm an hour from its doors, which happens to be one of the oldest certified organic farms in the region. Here, too, water use is frugal: instead of drawing from a local waterway, precipitation collected from winter storms is stored in a pond for use in summer irrigation, allowing the nearby creek to remain an ideal habitat for salmon and trout. This repeated emphasis on the careful use of water resources for crops is especially noteworthy in California, where seasonal droughts are an inescapable reality.

Efforts towards environmentally friendly practices in California aren’t limited to terra firma: in a state bounded on one side by over 840 miles of Pacific coastline, the need for sustainable seafood is hard to ignore. One of the leading advocates for responsible seafood consumption, The Monterey Bay Aquarium Seafood Watch, is an excellent resource for restaurants (and individual consumers) looking to supply their seafood from healthy fisheries.  The organization began over 20 years ago as a special exhibition at the aquarium and has grown to work directly with businesses and governments to promote sustainable seafood consumption. Two such restaurants are La Viga (MICHELIN Plate, Green Initiative), a Redwood City favorite named after Mexico City’s seafood market, and longstanding San Francisco staple Anchor Oyster Bar (Bib Gourmand, Green Initiative), both of which work with the Seafood Watch program to ensure that their delicious seafood specialties come from sustainable sources. 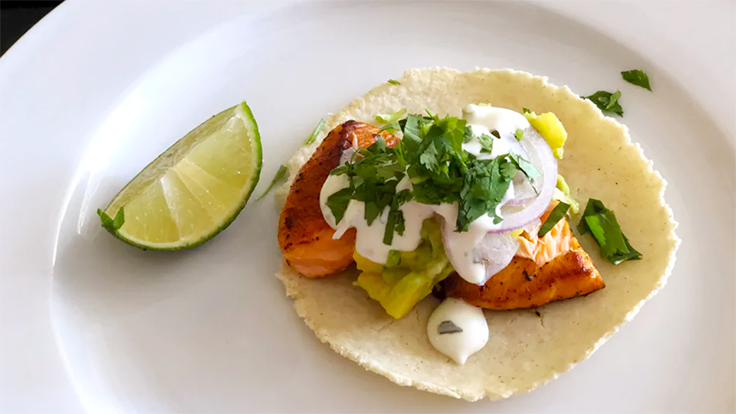 Since its beginning, The MICHELIN Guide’s raison d'être has been the pursuit of excellent food. Looking forward, we believe that mission should go hand in hand with efforts for a greener future. As evidenced by this sampling of our California restaurants committed to sustainability, meals that are both green and delicious are out there waiting to be had. Celebrate Earth Day by reducing, reusing, recycling, and enjoying a sustainable meal.