Here's a look at why Single Thread Farm was selected for this distinction.


It has been said that restaurants have the power to make a place. They can turn a sleepy corner of a residential neighborhood into an international crossing, attracting gastro-tourists from around the world. They can transform a remote village into a must-see destination for curious gourmands thousands of miles away. At the Three-MICHELIN-Starred SingleThread Restaurant & Inn in California’s Sonoma County, the place is what made the restaurant.

Chef Kyle Connaughton and Katina Connaughton decided to open their first restaurant (which is the heart of an elegant five-room guesthouse) in Sonoma county explicitly because of its rich agricultural potential. Katina, who is married to Kyle, is the head farmer at the five-acre farm, which provides 70% of the restaurant’s produce. She grows hundreds of varieties of fruits and vegetables, a necessity given the restaurant’s signature opening tablescape of over 10 intricately prepared small bites.

“Everything is based, first and foremost, on what comes from our farm,” said Kyle at The MICHELIN Guide’s virtual Family Event in October. “That drives the conversation here, the cuisine, it drives everything that we do.”

Because Katina is so intimately connected to the land that provides for SingleThread, it’s a natural conclusion that the restaurant prizes and prioritizes sustainability. The farm, which is seven miles from the restaurant and planted amidst the most quintessential of Californian vines, is an entirely organic operation. It is also a no-till farm, a regenerative practice that enhances the ability of soil to sequester carbon (thus reducing greenhouse gases in the environment) while also prolonging the health, and productivity, of the soil.

A meal at SingleThread begins with a feast of tastes, inspired by the season and the farm. Photo by Eric Wolfinger.

The restaurant doesn’t look far for its other ingredients—100% of its produce comes from suppliers across Sonoma County. Nearby farmers raise ducks and lamb specially for the Connaughtons while Katina and her farm team are the exclusive provider of eggs. A grove of olive trees there provides all the oil the kitchen needs. Whatever food waste is produced from a day’s work is sent back to the farm, or other farms, to be used as natural feed and fuel.

SingleThread opened in 2016, which means its farm was planted a bit earlier than that but still recent enough that the Connaughtons were able to incorporate resource conservation into their operations. The farm consumes no municipal waters (relying instead on its own well) and the building that houses the restaurant and inn is LEED-certified. It is also a certified carbon neutral business, according to the nonprofit Zero FoodPrint. Not only does Zero FoodPrint support reducing emissions in farming practices, but restaurants like SingleThread are able to purchase carbon offsets to neutralize the impact of their own carbon-producing activities.

Another advantage of being a relative newcomer to the industry is the ability to build employee well-being into the bottom line. The Connaughtons offer their employees health insurance, a rarity in hospitality, as well as paid vacation and a livable wage. Benefits like these hope to give employees the peace of mind to thrive in their jobs, and the time for personal growth in other aspects of the food and beverage trade.

Attention to detail is surely the defining feature of a meal or a stay at SingleThread, and it all starts on the farm—it’s about taking care of the guest, but also about taking care of the place. For Katina, her activities are part of a bigger movement in sustainable gastronomy. “Now more than ever, people really have a desire to connect to the food system,” she said at the Family Meal event. “People are taking a lot of value in having a deeper understanding of where their food is coming from and how it’s being grown. And that’s a beautiful thing.” 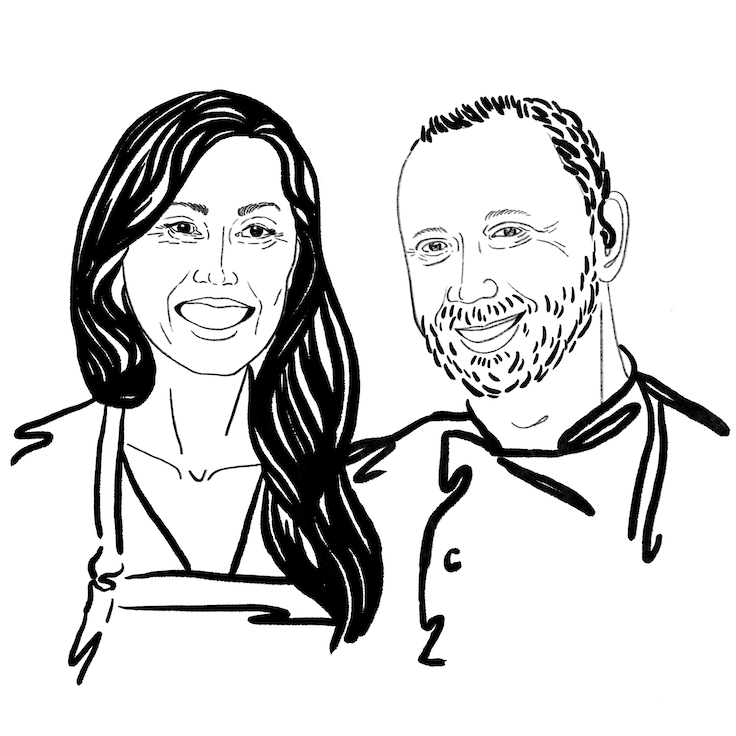 To hear Kyle and Katina Connaughton speak about sustainability and the future of the restaurant industry, visit this link to watch a recording of The MICHELIN Guide's virtual Family Meal event.