Here's a look at why Chez Panisse was selected for this distinction.


Farm-to-table dining has seen its popularity in American restaurants ebb and flow for the last fifty years. It began in the 1970s, grew to its height in the 1980s, then subsided for a time until the early 2000s when Denmark’s Noma restaurant revived the gospel of hyper local eating in the form of foraging. Today, vegetable-forward and plant-based cooking is the latest interpretation of the age-old philosophy (which is, after all, the original approach to eating on earth).

Though the movement has spread far and wide, with countless innovators and advocates, one restaurant is credited with birthing the farm-to-table movement in America — and it’s Chez Panisse in Berkeley, California. Perhaps no other chef is as closely linked to the restaurant, and the movement, as Alice Waters, who opened the restaurant with Paul Aratow in 1971.

“It all began for me when I went on a trip to Paris in 1965, when France was a slow food nation and you always bought the food in your farmer’s market,” Waters said during The MICHELIN Guide’s virtual Family Meal event in October. “I thought maybe if I open a French restaurant, then I’ll find that food somehow.”

Since then, the restaurant hasn’t wavered in its dedication to serving nothing but California’s bounty on a plate (all produce is sourced from a 50-mile radius). But moving beyond words like local and in-season, Chez Panisse has also become a proponent of the “slow food” movement that requires regenerative methods of growing, raising and cultivating ingredients. For Waters, it isn’t simply a matter of superior taste, though that is a beneficial outcome, but an obligation to future generations.

Over the decades, Chez Panisse has cultivated a network of farms and farmers in the region that meets its rigorous standards, and none are so well-known as Green String Farm in Sonoma. The owner, Bob Cannard, whose farm grows three quarters of the restaurant’s produce, is to biodynamic farming what Alice Waters is to locavorism. His unconventional and nature-driven methods are the foundation on which Chez Panisse’s reputation is built.

As a leader in sustainability, Chez Panisse has joined Zero Foodprint, a non-profit organization that seeks to reduce, and even reverse, the carbon footprint of restaurants through farming. The organization, which was launched in 2014 by San Francisco food industry veterans, raises funds through restaurant bill surcharges for farmers who are committed to methods that sequester carbon into the soil — widely acknowledged as an effective way to impeded the effects of climate change.

Sustainability is also very much a part of life at 1517 Shattuck Avenue, Chez Panisse’s tree-shaded arts & crafts building. The restaurant operates with minimal landfill waste; practically everything is used in full, composted or recycled. The grounds are certified as a Green Business, which maintains standards in energy efficiency, water usage and use of non-toxic materials, among others. And as part of its membership in Zero Foodprint, Chez Panisse has been certified as a carbon neutral business.

The people who keep Chez Panisse running are seen as another community to be nurtured. Many go on to launch highly successful careers outside of Chez Panisse, taking with them the principles of sustainability and stewardship. While at the restaurant, they are eligible for ambitious minimum wage rates, annual bonuses and company-sponsored benefits such as healthcare and 401K.

Beyond the restaurant, Alice Waters has been a key figure in the national — and even global — conversation about sustainability in food. The Chez Panisse Foundation and its Edible Schoolyard project is celebrating 25 years of promoting organic garden- and farm-grown produce in American school meals. The Berkeley-based program has affiliates across the country from New York to New Orleans.

This far-reaching philosophy of sustainability allows Chez Panisse to serve a menu of deeply nourishing fare — for both the guests and the environment. A well-deserved spot in MICHELIN Guide’s first class of Green Star distinctions hopes to spotlight the importance of both. As Waters says: “To be connected with nature is critical for our future. It’s not just an option, it’s an imperative.” 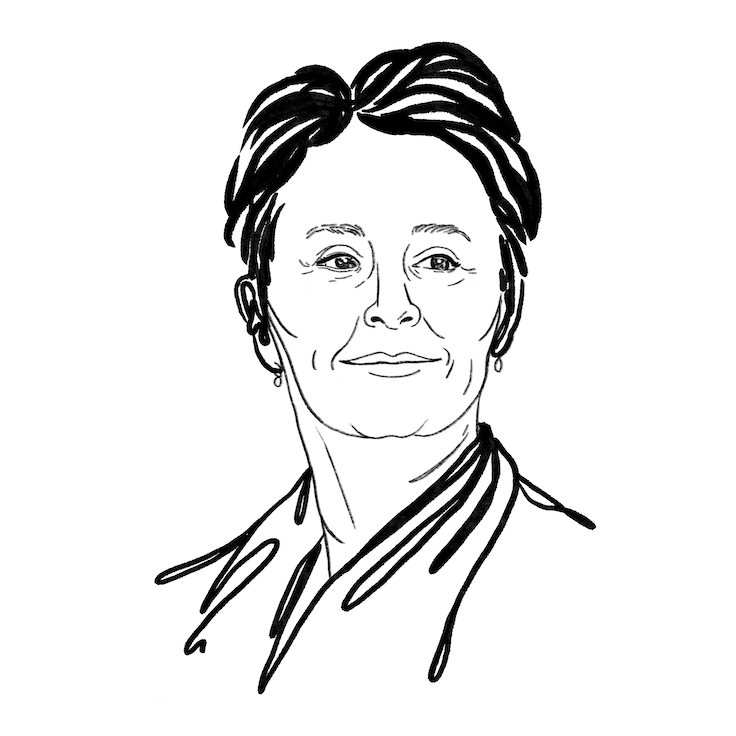 To hear Chef Waters speak about sustainability and the future of the restaurant industry, visit this link to watch a recording of The MICHELIN Guide's virtual Family Meal event.