Here's a look at why Quince was selected for this distinction.


Chef Michael Tusk opened Quince in San Francisco with his wife, Lindsay, in 2003. In 2009, the restaurant, which had One MICHELIN Star at the time, moved from Pacific Heights to its current home in Jackson Square. Today, Quince is one of world’s finest dining rooms, holding Three MICHELIN Stars since 2017, serving Italian cuisine made with superb Californian ingredients and a Californian sensibility.

Before opening his restaurants, Tusk studied art history in college, attended the Culinary Institute of America, staged at fine dining restaurants throughout Europe and worked at some of the Bay Area’s most iconic kitchens such as Stars, Chez Panisse and Oliveto. Each of these experiences was formative in its own way, resulting in a unique combination of global-local cuisine that defines Tusk’s cooking.

Though sourcing local ingredients has been etched into Tusk’s culinary philosophy from the beginning, sustainability has become a more prominent goal in the last five years or so—and it revolves around the farm. In 2015, the restaurant inked an exclusive agreement with Fresh Run Farm, a 25-acre property in Bolinas and one of the oldest certified organic farms in the country. The owner, Peter Martinelli, is a third-generation farmer and a pioneer in the field of sustainable agriculture and conservation.

Martinelli is not just mindful of his immediate property, he takes a whole-system approach. This takes the entire ecosystem into account, ensuring that natural resources as well as wildlife are considered and accommodated. For example, in 2018, the Pine Gulch Creek Watershed Enhancement Project was set up to capture storm water for row crop irrigation rather than emptying nearby creeks, which are home to fragile populations of salmon and steelhead trout. As draught poses a greater existential threat to the region, these considerations are meaningful.

“This relationship has proven to be as vital to Quince as it is to the farm.” said Tusk at The MICHELIN Guide’s virtual Family Meal event in October.

The menu at Quince is an extension of each season’s harvest; more so now than ever before. Ingredients come and go depending on what’s good at the farm. Tusk and his team work closely with Martinelli to select crops for the restaurant, at times even making the hour-long journey to plant or pick the ingredients themselves. It’s the kind of symbiotic relationship that brings respect and value to each stage of the process.

Being so intimately involved with growing naturally led Tusk to a no-waste approach at the restaurant. The kitchen sends food scraps back to Fresh River Farm where it is transformed into nourishing compost for the next season’s harvest. And while many kitchens will order specific cuts of meat for a menu, Tusk sources whole animals for Quince. This nose-to-tail cooking allows for more creativity and it provides hands-on opportunities for cooks to learn important skills like butchering.

Tusk and his team have also found ways to support other regional farms that employ sustainable growing practices. Through CSA-like arrangements, a group of restaurants will collectively agree to buy entire crops from a farm, resulting in some level of financial security for the farmer (and, in return, a wonderful product for the restaurants). It’s just one more way of promoting and empowering responsible agriculture in the area, and it really captures Tusk’s whole approach.

In his interview with The MICHELIN Guide last year, he noted, “you’re nothing really without your suppliers.” 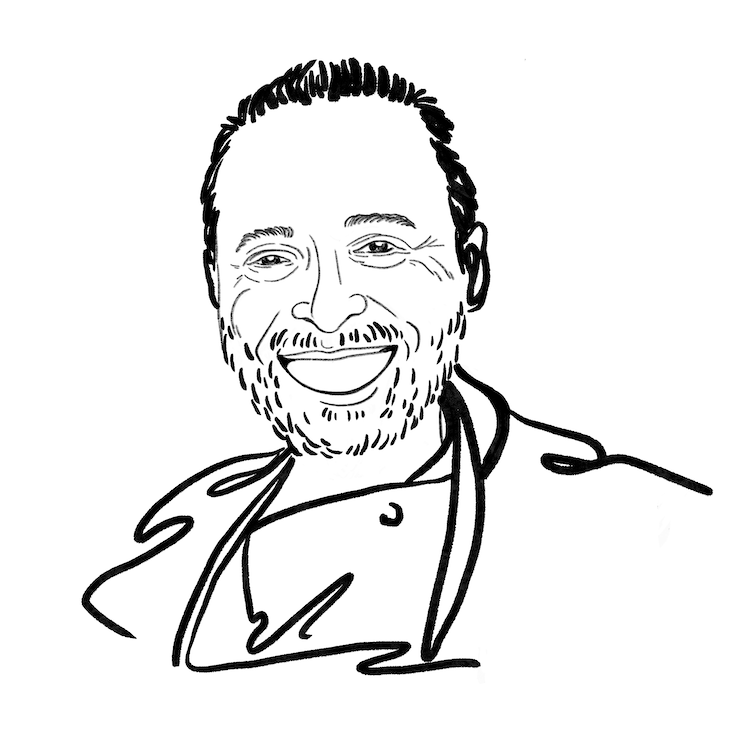 To hear Chef Tusk speak about sustainability and the future of the restaurant industry, visit this link to watch a recording of The MICHELIN Guide's virtual Family Meal event.

We use cookies to elevate your user experience, perform audience measurement and enhance the quality of our service. By continuing to browse our services, you accept the use of such cookies. Learn more