Over the last 14 years at Daniel Boulud's Dinex Group, Olmos has risen from dishwasher to executive chef.

A native of Veracruz, Mexico, Olmos recalls tales of being fascinated with his mother’s use of local ingredients and adept ability to make complex spice blends. As such, he moved to New York in 2005 to make enough money so he could afford a culinary education back in his home country. His aunt, who was working next door to two-Michelin-starred Daniel and had become friendly with some of the staff there, made some introductions. As a result, Olmos joined Café Boulud as dishwasher. He then climbed the ranks to prep team, working alongside the likes of Bertrand Chemel and Gavin Kaysen. 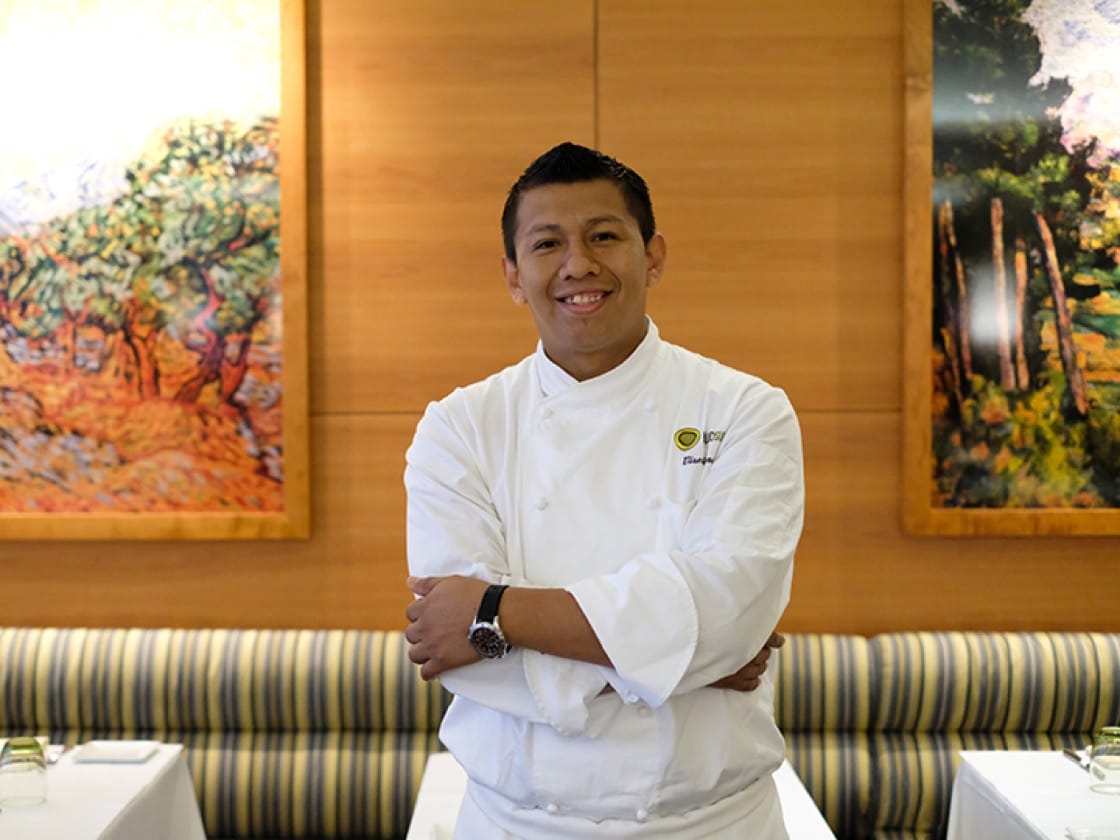 Chef Ulises Olmos has been with Daniel Boulud's Dinex Group for the last 14 years. (Photo by Georgina Salter.)

To better his career, Olmos immersed himself in the English language, enrolling in classes, watching films and reading books like The Professional Chef’s Knife Kit, which he received from a friend at work. “[It] was the very first food-related book that made an impact on me,” he says. “It taught me everything from how to hold a knife properly to [the various] knife cuts.”

In 2010, Boulud invited Olmos to join the opening team at Boulud Sud located across from the grandiose Lincoln Center as chef de partie, and now, eight years later, he was promoted to executive chef. Of Mediterranean fare, Olmos loves the “vast variety of spices and flavors,” bringing him back to his youthful days in his home country. Current dinner dishes include Sicilian sardine escabèche, Andalusian gazpacho and pancetta-wrapped Vermont quail. Olmos plans to change the menu in the coming months as the weather gets cooler. 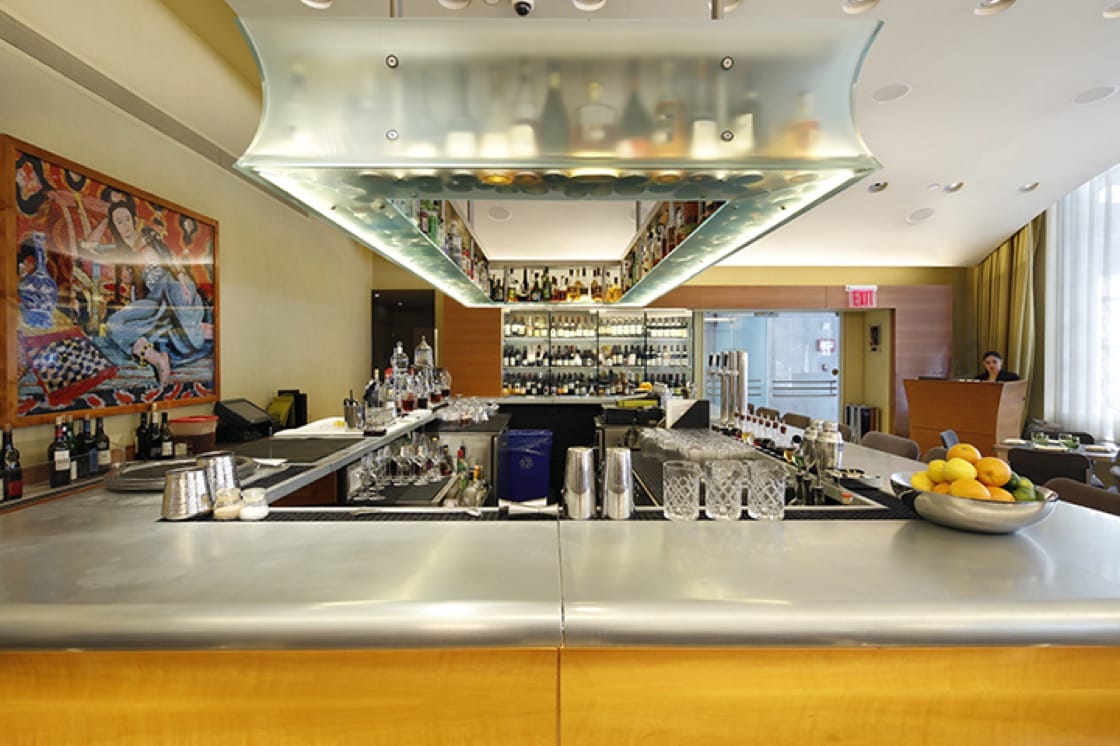 At Boulud Sud, chef Olmos will bring forth new menu items in the coming weeks. (Photo by Melissa Hom.)

Olmos has been with Dinex for 14 years, an impressive tenure in the continually fluctuating f&b industry. Last year, for his birthday, he dined at Boulud’s namesake flagship on the Upper East Side. “The food was nothing like I had ever experienced before—the attention to detail was in everything from the bread service to the dessert,” he says. “The best part was that at the end of my meal, chef Daniel came over to my table, sat down and brought over a bottle of his reserved whiskey. He poured a little for each of us and shared the best stories about his past cooking, crazy kitchen experiences and dinner parties. Then it hit me—I had to pinch myself. 14 years ago I would have never imagined myself sitting at a table with Daniel Boulud himself [and] drinking his whiskey. That everyone's dream who aspires to be a chef.”

“As I moved through the ranks,” he continues, “I met many people at Dinex along the way that really challenged me and taught me something new. Many members of the Dinex family still motivate me daily as I’m still always willing to learn and acquire new information. I’ve found that there is always an opportunity for growth if you show you want it.”