The MICHELIN Guide Nordic Countries 2019 launched on Monday in Aarhus, Denmark, at a live streaming ceremony attended by 500 guests, chefs and members of the press. (Watch it here.)

As well as announcing all the new recipients of stars and Bib Gourmands in the countries of Denmark, Finland, Iceland, Norway and Sweden, Gwendal Poullennec, international director of the MICHELIN Guides, also presented three special awards:

Here's your guide to who won them and why: 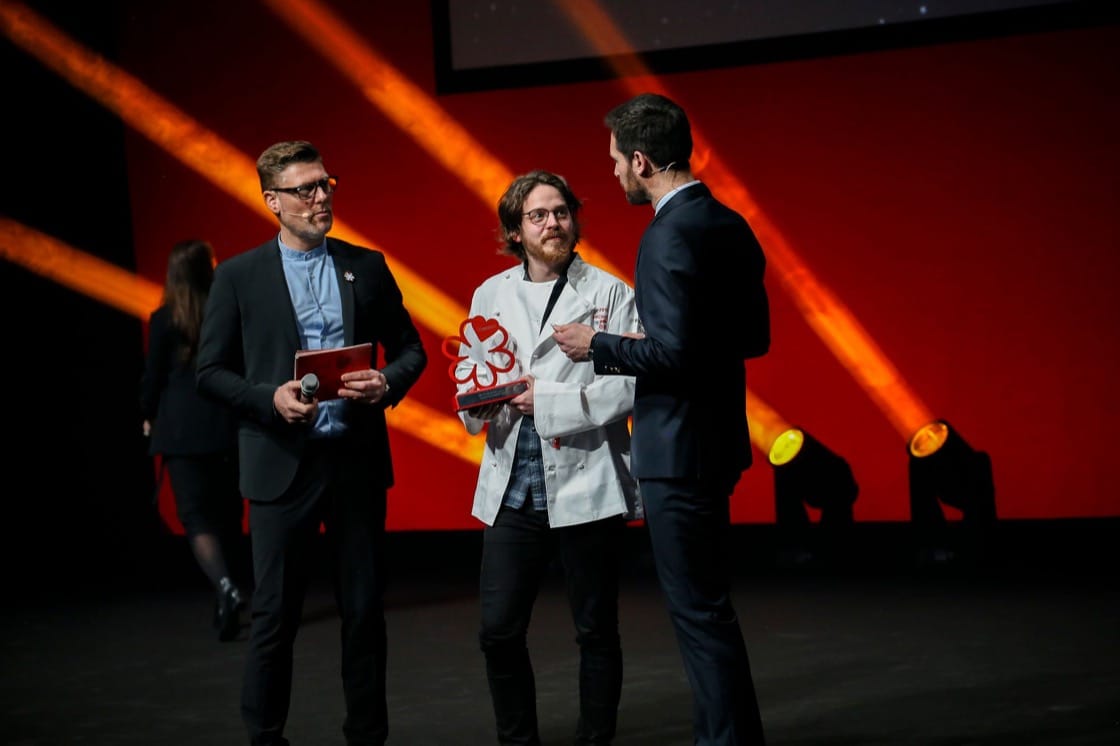 The 28-year-old Ziska grew up in Tórshavn, the capital of the Faroe Islands, and his first experience in the food industry was a job in a pizzeria at the age of 14. He later worked under Leif Sørensen—who was perhaps his greatest influence—and has completed stages at Geranium, Noma and Mugaritz.

After a brief stint at Geranium in Copenhagen, Ziska returned to the Faroe Islands in January 2014 to take over as head chef of KOKS, a picturesque 18th century former farmhouse in a beautiful yet remote location high in the mountains.

In 2017, the Faroe Islands were added to the MICHELIN Guide Nordic Countries for the first time and KOKS entered the selection with one Michelin star.

Two years later in the 2019 guide, KOKS has been awarded two stars, an award held by only 10 restaurants across the Nordic countries.

Michelin inspectors were hugely impressed by Ziska’s maturity, forward-thinking creativity and respect for the wonderful ingredients grown, fished and foraged from the unique Faroese landscape.

His pride and knowledge in the use of tried and tested traditional techniques such as fermentation, salting, pickling and curing, allied with a modern approach, creates terrific dishes with purity, complexity and a superb balance of flavors. 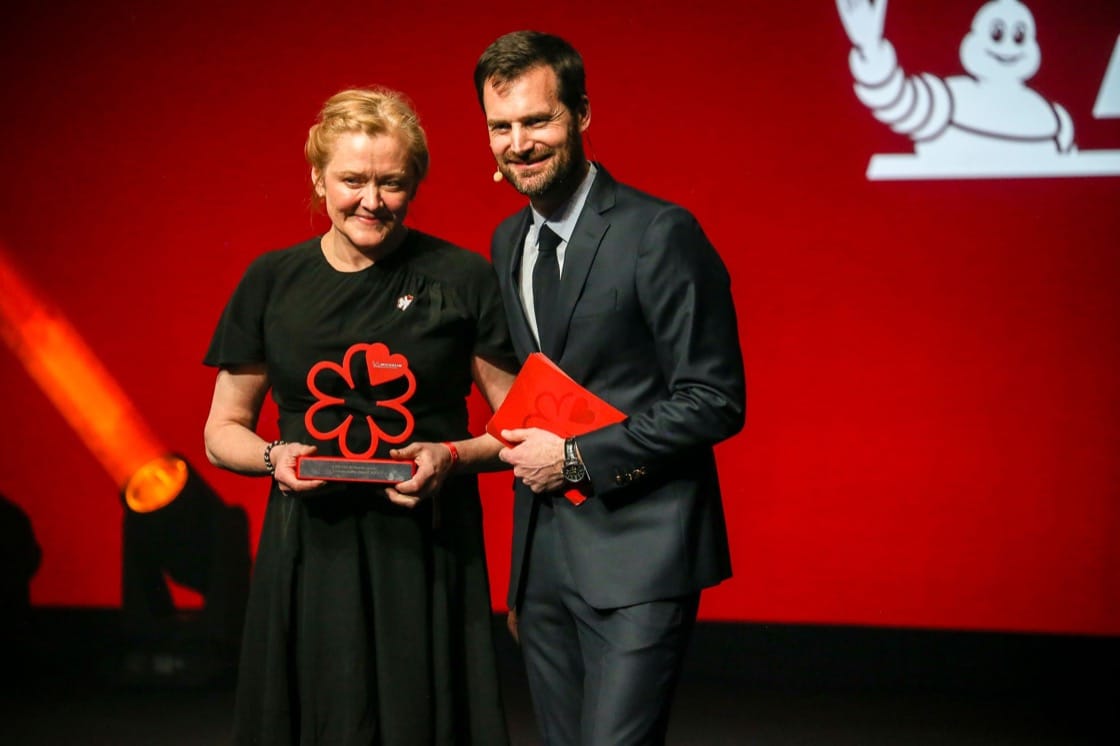 The Sustainable Restaurant of the Year Award goes to Credo in Trondheim, Norway.

The Michelin Award for the Nordic Guide Sustainable Restaurant of the Year 2019 went to Credo in Trondheim, Norway, a restaurant that moved to its current location in an impressive modern urban development in 2018.

It is set in a former factory that once made stainless steel milk tanks; the conversion of this 1947 building itself is a good example of sustainable redevelopment, with its astute and striking use of a brownfield site.

Heidi Bjerkan, the experienced chef/owner of Credo, grew up in Trondheim, where she spent much time on her grandfather’s boat. Her career in the food industry began when she was 18 years old with a summer job at the Østbanehallen café, and has included an eight-year period as head chef for the Norwegian Royal Family.

Credo was awarded a Michelin star in this year's guide for its creative yet un-showy cooking, which is natural in style and respectful of tradition.

Not only does Credo create superlative cuisine, it also leads the way when it comes to ecological responsibility. This is a restaurant where ‘sustainable’ is much more than a buzzword and where all of the restaurant’s waste is composted to feed the herb and vegetable beds they have on-site.

The restaurant champions the produce of the Trøndelag region, and careful sourcing is key to its ingredient-led 20- to 26-course chef's tasting menu. Central to the restaurant's admirable philosophy is its support of local artisan producers and farms, and it has particularly close ties with Fannremsgården and Skjølberg Søndre in Orkdal.

The Welcome & Service Award of the Year goes to Henne Kirkeby Kro.

From the moment you pull up at this beautiful thatched inn until the time comes to return to real life, you find yourself captivated by the magic of Henne.

There’s its delightful setting in the Danish countryside, and the technically accomplished, two-Michelin-starred cooking of Paul Cunningham, but it’s also the friendliness and warmth of the service team that makes a meal at Henne Kirkeby Kro such a special experience.

Service is overseen by charismatic restaurant manager Garrey Dawson, whose strong presence, composure and kindness make him a real asset to the business. He and his team run the place in a professional yet wonderfully natural manner, making their guests feel instantly at home.

Whether they work in the kitchen or in front-of-house, it is clear to see that every member of the Henne team works together, the result being smooth, organized service that is full of enthusiasm and free from any unnecessary formality.

Dishes are succinctly described and come at an even pace; wines are explained in as much depth as guests require—and if you leave your choice to the sommelier, you won’t be disappointed, nor left out of pocket. Bespoke menus are printed out and presented to diners as a keepsake, the kind of attention to detail that ensures a meal at Henne will live long in the memory.