In the wake of the spread of COVID-19 around the globe, Western media coverage on the pandemic’s origins has led to negative coverage of wet markets, specifically in China, but also of the popularity of wet markets in Asia in general. Some U.S. politicians have even called for the closure of wet markets.

This vilification could stem from a fear of the unknown, a reluctance to understand how other cultures and societies live. Or, it could be the disassociation many “modern” economies have from their food sources. Wet markets often do have live animals for sale and slaughter, guaranteeing a freshness that customers of these markets expect. However, in other parts of the world, this is rare and possibly never seen. Many people who could never watch a chicken get slaughtered are more than happy to buy a boneless, skinless chicken breast at their local grocery store, wrapped in plastic and looking more like a modern sculpture than a part of an animal.

RELATED STORY: How Chefs Cook Up Plans To Help Communities Impacted By The COVID-19 Crisis 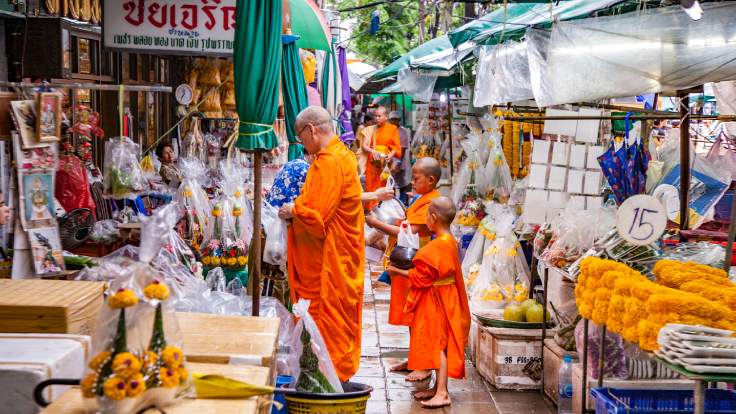 Monks get their morning alms at a market in Bangkok. (© Shutterstock)

To some people, the experience of an Asian wet market can be a shock to the senses. Not only does the visitor see stacks of unfamiliar, tantalising fruits and vegetables, freshly butchered meats, and live seafood of every description, one is treated to the sights, sounds, and smells of delicious local specialties prepared à la minute, along with household necessities from dry goods to iPhone cases.

So, does one tuck into duck noodles at a little hole in the wall shop, where the diners know that the duck was quacking in a wooden pen in a local market last night? Or does one sit down at a mall restaurant with little knowledge as to how long the duck was lingering in the walk-in?

This is not to say that the “traditional” model (traditional farming techniques, wet markets, street vendors, etc.) is worse or better than the “modern” one (industrial farming, supermarkets, chain restaurants, etc.). The modern model has been gaining primacy largely owing to its hyper-efficiency, as well as to the ability of its large-scale operations to provide a greater variety to a larger population. Nevertheless, it has its pitfalls. Plenty of ink has been given over to the doubts about this model's sustainability and to the fact that there have been reports of dubious hygiene claims in certain circles. 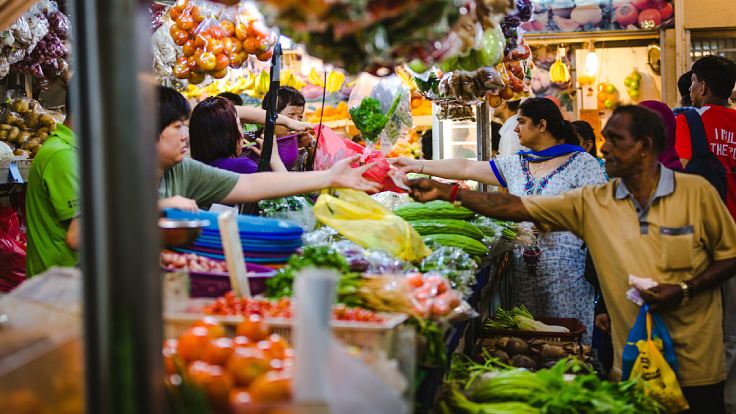 A market in Little India in Singapore. (© Shutterstock)

Just as the more industrial methods have issues, there are indeed bad actors in the world of wet markets. The endangered wildlife trade, which is perpetuated throughout the world, must be addressed more comprehensively. Also, there are markets that really should be much cleaner. But these are issues to be resolved through regulation and enforcement of standards, taking measures to prevent cross-contamination, routinely testing live animals, and ending the trade in endangered species (whether that's pangolins in China or tigers in Wynnewood, Oklahoma), not by a blanket ban of one of the most important sources of fresh food throughout Asia.

Singapore is an excellent example of how wet markets should be. Singapore is one of the most heavily regulated nations in the world, and yet despite that, they have a thriving wet market scene, in which live seafood, fresh meats, local cuisine, and a dizzying array of tropical produce are all on sale. These are not only places to get great food, they're also tourist destinations in their own right.

And in Bangkok, the city’s top chefs see wet markets as anything but controversial.

Chef Ian Kittichai of Issaya Siamese Club (MICHELIN Plate, MICHELIN Guide Thailand 2020) grew up in wet markets, where his mother ran a small grocery, and so has a deep-seated respect for them. “There are certain things – for example Thai herbs, fruits, and vegetables – that I can often only find at a fresh market unless I know a purveyor or farmer I can order directly from,” he pointed out. “Fresh markets usually have the products coming in daily versus a supermarket, which is usually not daily.”

He also emphasised that a line must be drawn between illegal wildlife markets and standard wet markets. “I think people need to be careful in how they categorise 'fresh markets' versus the 'wild animal or exotic markets' that are said to be the root of the current pandemic -- the typical community fresh market in Thailand is not that at all.”

READ: How Well Do You Know Your Mangoes? 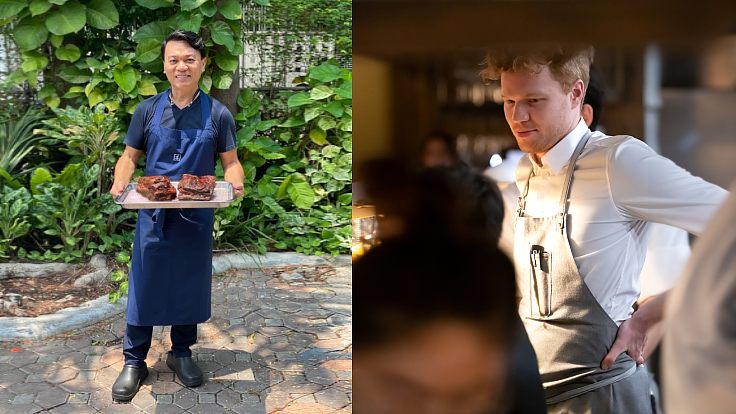 Outsiders, too, have fallen in love with these markets. For Riley Sanders, the Texas-born head chef of One MICHELIN-starred Canvas in Thong Lo, exploring Khlong Toei Market on his first trip to the city was a revelatory experience. “Of course the ingredients were very interesting for a cook to see, and some of the snack foods were fun to try,” he said in a recent conversation. “But the energy of the place is what was exciting. I was hooked immediately, absolutely floored. It was like nothing I'd seen before, and I wanted to pick up ingredients to just try to cook with them, taste them, see what I could learn from them.”

Since 2017, he has been doing just that, picking out some of the best local products at Bangkok's Khlong Toei and Or Tor Kor Markets. For Chef Riley, it has been as much a treasure hunt as anything else. “My favourite section [of Khlong Toei Market] is the Isan section where you'll find seasonal mushrooms, wild fruits, herbs, bamboo shoots, and some more exotic things like ant eggs, giant water bugs, live eels, or once I found turtle eggs. I keep records of when things are coming into season each month, so there is always something to look forward to.” However, the value of the market doesn't just come from the ingredients, it comes from the people. “The entire experience feels very real, connecting more closely with the ingredients and community, buying the ingredients directly and building relationships with the people that supply them.” 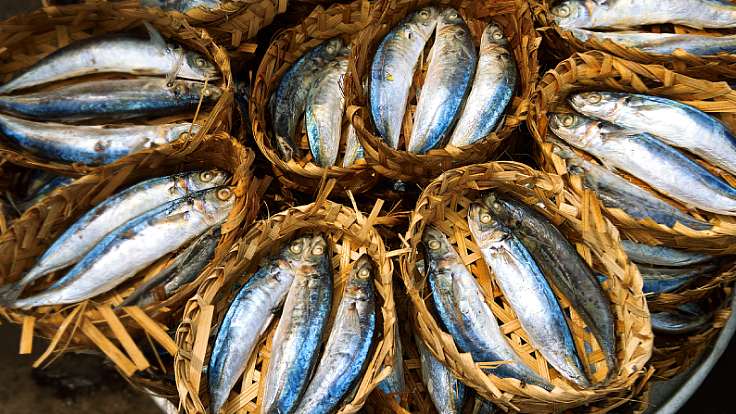 When asked about the difference between market shopping and supermarket shopping, Chef Riley noted that “after you've experienced wet markets, [supermarkets] feel boring. The quality of some supermarket produce can be good to fair, particularly from organic suppliers, but generally with the produce, they prioritise obtaining uniformity in colour, size, or weight. In wet markets, the quality varies more. You'll see some amazing quality you wouldn't find in a supermarket, and some others below standard that would be sold below supermarket prices accordingly.”

After all, in his native USA, more and more consumers are turning to farmers' markets in search of local produce and artisanal baked goods, cheeses, and cured meats, not to mention the ability to strike up a conversation with the producer. Perhaps wet markets show the way for a more conscious mode of consumption throughout the world – one in which people regain an intimate connection to the food chain.

The Red Spoon project delivered over 2,000 nutritious meals to medical workers and the less fortunate to encourage them through these trying times.

Here’s a roundup of the tasty takeout and delivery options by MICHELIN Starred restaurants while we all wait out this latest wave.

Together with tourism boards and local welfare organisations, Michelin’s offices across Asia rallied chefs of MICHELIN Guide restaurants to create and deliver nutritious meals for medical workers and the less fortunate to encourage them through these trying times.