Based on the photos of the latest MICHELIN Bib Gourmand awarded Burapa, guests could be forgiven for thinking that their reservation includes a scenic trip out of Bangkok. Indeed, one or two have phoned the restaurant on Sukhumvit Soi 11 to enquire about a return ticket. This is perhaps because the ornate interior design at Burapa Eastern Thai Cuisine & Bar takes inspiration from the legendary Orient Express and the historic, classic carriages used by Thai royalty.

Inspired by this heritage of luxury train travel, Burapa, the ancient Thai word for ‘eastern’, offers a lavish culinary tour of Thailand, from the eastern provinces to Bangkok, taking a relaxed, indulgent journey, much like those railways of yore. 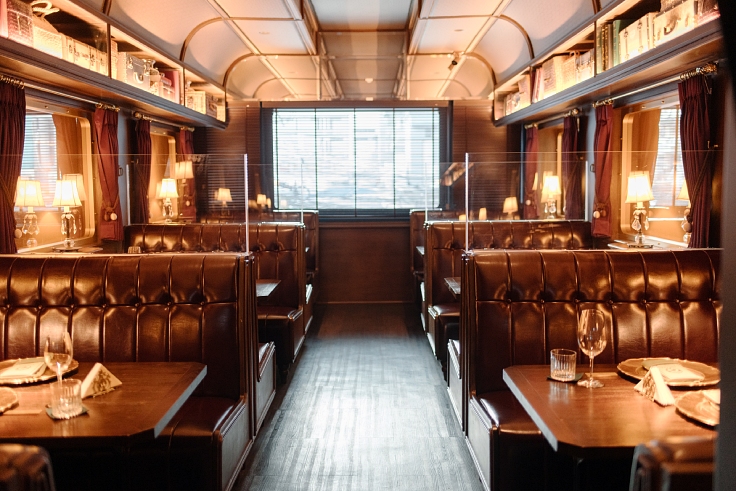 The owner of Sri Trat takes diners on a journey east-by-northeast to taste a unique, flavoursome cuisine that joins culinary elements from Isan and the province of Trat. (© Anuwat Senivansa Na Ayudhya / MICHELIN Guide Thailand)

This concept was the brainchild of Nontawan “Taam” Chitwattanagorn and Wongwich “Ack” Sripinyo. After returning from their separate stints abroad, they saw how the rest of the world perceived Thai food and felt it was an unfair representation of Thailand’s true diversity. Even in Bangkok, they couldn’t find the authentic Thai dishes with Thai cuisine’s unique variety and complexity that they craved, not the “Thai fusion” versions broadly adapted to tourist tastes.

They began by opening Sri Trat, a restaurant dedicated to the dishes from Sripinyo’s home province. He designed a menu dedicated to eastern Thailand, where 99% of the dishes follow his mother’s recipes. The establishment received a MICHELIN Plate in the 2020 MICHELIN Guide Thailand.

Trat is probably best known for the popular holiday islands of Ko Chang, Ko Mak, and Ko Kut. But the mainland has an impressive geography characterised by rolling hills, small basins, and branching tributaries wedged between Cambodia and the Gulf of Thailand. It's where the forest meets the sea. 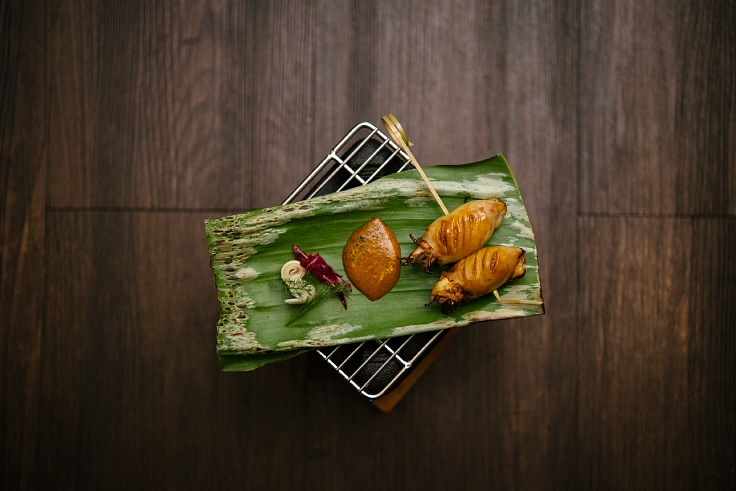 Building on Sri Trat’s success, they opened Burapa in mid-2019. The first stop for this mystical journey was Isan, the Northeast region famous for its intense spicy flavours, fiery chilies, strong fish sauces, and sour bites. The Isan style offers a great contrast in textures and tastes, allowing Sripinyo to create an inventive tasting menu by swapping ingredients and ideas with produce from Eastern Thailand.

Before COVID hit the brakes on the world economy, Burapa had quickly gained in popularity. Despite the pandemic’s impact on tourism and customer numbers, Sripinyo and Chitwattanagorn’s inspired journey continued. 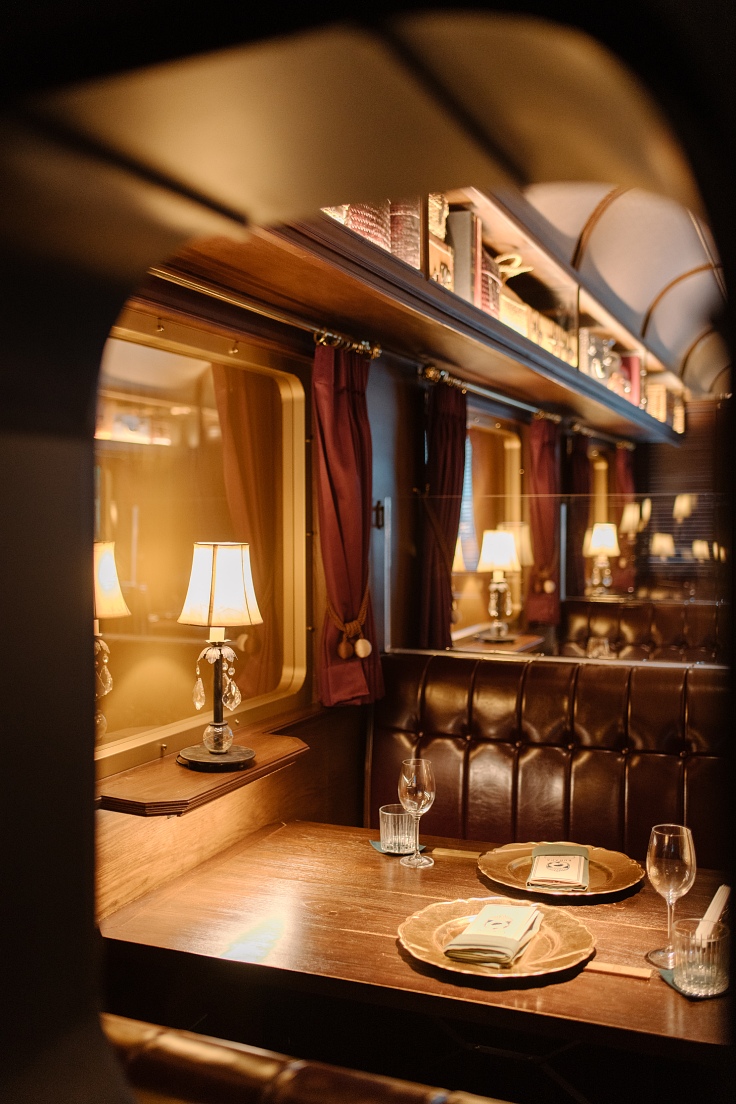 Their next stop was the North, where dishes use a lot of dry spices. The couple toured the region midway through last year, and a friend introduced them to the cooking methods of the northern tribes. As Chitwattanagorn explained, to understand the roots of a cuisine, they had to experience it as the locals do. This provided the foundation for the current tasting menu.

One stand-out dish is the stewed beef tongue in a delightful curry sauce that uses a chilli paste derived from a smoked chilli sourced during the trip north. It’s topped off with hom chu that adds a tart flavour.

As Sripinyo talks us through his menu, it’s clear he is very knowledgeable about Thai food in general, but has an encyclopaedic knowledge of his homeland in particular. This includes a vast array of herbs and spices and great diversity of plant and crop species. 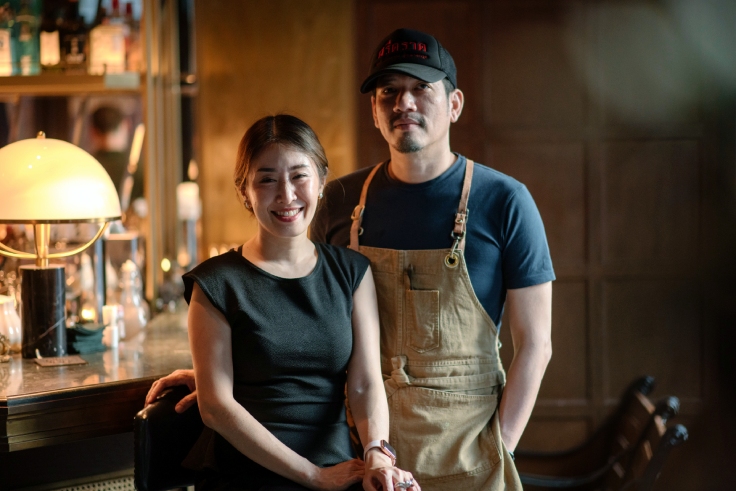 He describes Eastern dishes as a mix between Southern-style curries and the technical prowess of central Thai cuisine. This generates an explosion of flavours that’s not too spicy, utilising the fruits, herbs, and spices of the forest (known as ahan pa) and seafood.

One such example is the grilled squid stuffed with minced pork. Sripinyo seasons it with a Northern-style hang-lei curry but blends some 20 Eastern herbs and spices to produce a chilli paste that is complex but not too intense.

Sripinyo’s inventiveness in the kitchen is a synthesis of ideas from his heritage, his experience working in various kitchens in Melbourne, Australia, and now Burapa’s exploration of Thailand’s provinces. If 99% of Sri Trat’s menu comprises his mother’s recipes, Burapa is 100% of his own design. 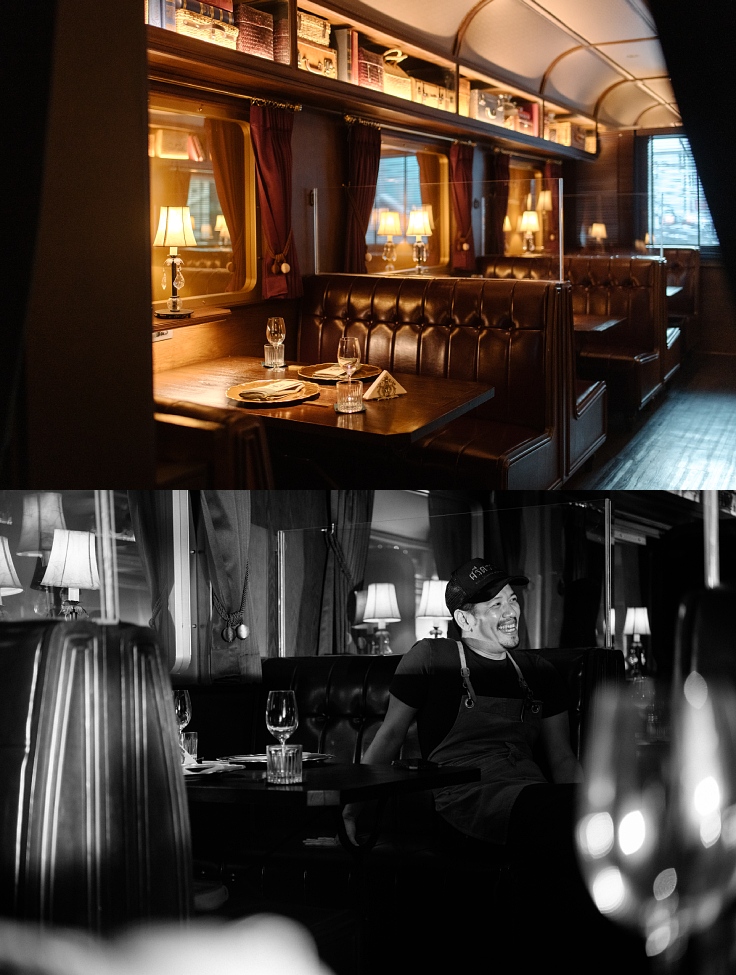 His creativity comes through in such dishes as his interpretation of khao soi. It's a recipe that he learned from the Muslim community in Ban Nam Chiao near his home town. In a typical dish, the noodles would be crispy, but the chef replaced them with softer egg noodles and used crunchy fried acacia for texture.

While COVID has forced Sripinyo and Chitwattanagorn to adapt their operations, they’re doing everything they can to keep the business on track. The government restrictions on alcohol and closing times at the beginning of this year meant they could only cater for one seating per evening. However, the tasting menu for private groups offers a personalised service in the dining car and has kept them busy throughout.

Hopefully, as things open up in Thailand once again, more passengers will be able to board the Burapa train and enjoy this rare fusion of Eastern and Northern Thai flavours. However, they won’t have long. Chef Sripinyo is already making plans to reinvent the menu. The next stop, he tells us, will be to the south, where salty and spicy curries pack a punch. 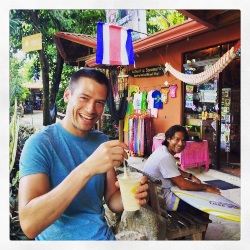