A beer advertisement on television piqued Ukrainian chef Yaroslav Artyuk’s interest in cooking when he just eight years old. He recalls excitedly: “The advertisement showed recipes of dishes that were cooked with beer and my mum happened to have a pork leg at home. With a permission slip, I bought a can of beer and we started cooking.”

His interest in cooking has blossomed over the years and today, the boyish-looking 27-year-old is the head chef of Kanapa, one of the most popular restaurants in Kiev that serves modern Ukrainian cuisine. Artyuk visited Singapore for the first time last month for the World Gourmet Summit. As part of the culinary festival, he helmed a four-day cooking showcase at Grissini Restaurant at Grand Copthorne Waterfront Hotel, where he presented light but flavourful modern Ukrainian dishes.

On his maiden trip to Singapore, Artyuk says in Ukrainian through a translator: “ I have tried laksa, duck rice and the street food, and the cuisine here can be very spicy and has a rich blend of spices.”

“It is a big honour to represent Ukraine in such a great city,” he says. “It is like entering the future.” 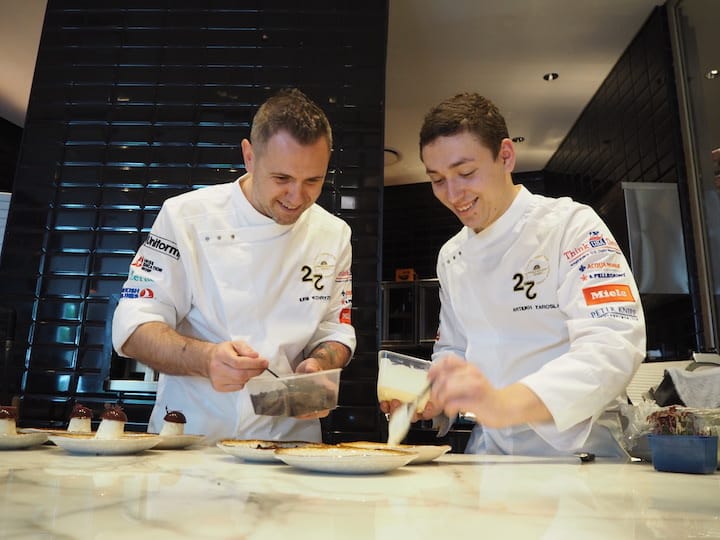 Ukrainian cuisine is typically heavy and high in fat, with dishes such as a thick and velvety borscht soup that is brewed with beetroot and tomatoes and topped with a dollop of sour cream; lard-clogged banosh; and holubtsi, a dish of boiled cabbage rolls stuffed with meat, rice, potatoes and spices.

However, Artyuk hopes to present a more wholesome yet stylish image of the cuisine. He says: “We need to stay on trend and cater to more health-conscious diners who don’t want fattening and heavy dishes. Hence, I have made slight alterations to the classic dishes, serving methods and portions.”
Advertisement
Advertisement 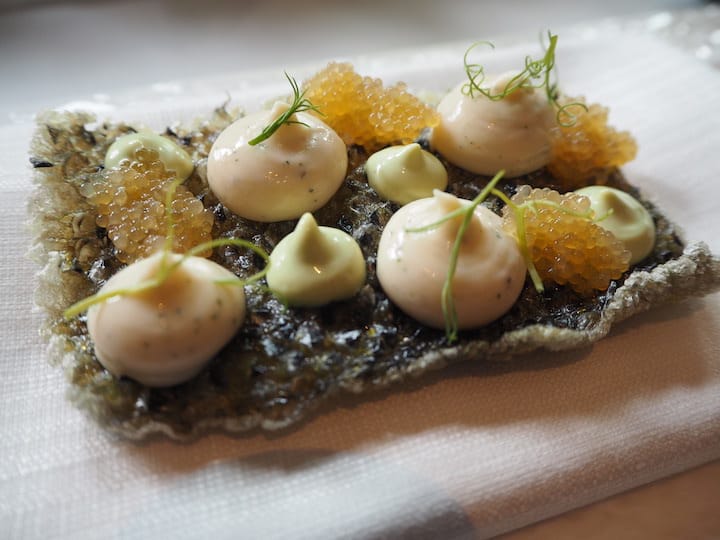 Cod fish mousse (Credit: Kenneth Goh)
For example, his dish of cod mousse is inspired by a traditional Ukrainian dish of baked cod fish with sour cream, which can be cumbersome to eat due to the many small bones in the fish. However, Artyuk has presented it like a snack with globs of home-made cod mousse, dill mayonnaise and pike caviar on a crispy piece of dehydrated fish skin.

Experimenting with cooking techniques is a vital part of Artyuk’s cooking philosophy. There are two menus at Kanapa, which amusingly means canape as well as big armchair in Ukrainian, and both can be found in the restaurant. One menu focuses on classic dishes such as varenyky (boiled dumplings that can be stuffed with everything from mashed potatoes, rabbit to cherries), chicken kiev and banosh.

The other menu gives him more room to experiment with culinary techniques. He tinkers around with liquid nitrogen, spherification, sous vide and fermentation techniques in his dishes. He explains: “Ukrainian cuisine does not have a lot of spices - just salt, pepper, garlic — so trying out new techniques opens up more possibilities to change the flavours and textures of our dishes.” 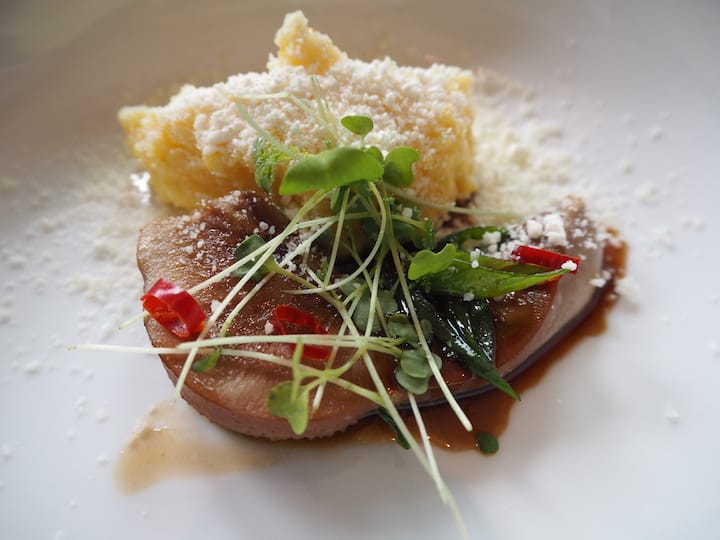 Artyuk keeps up to date on the culinary scene and picked up boundary-pushing techniques from the Basque Culinary Centre in San Sebastian in Spain last year. He is also a fan of fermentation techniques by Taiwanese chef Andre Chiang, who recently closed Restaurant Andre in Singapore.

Artyuk’s goal is to breathe new life into Ukrainian cuisine. He shares: “Pizza, pasta and sushi are popular in Ukraine. But, I hope that Ukrainian food will become more prominent.” 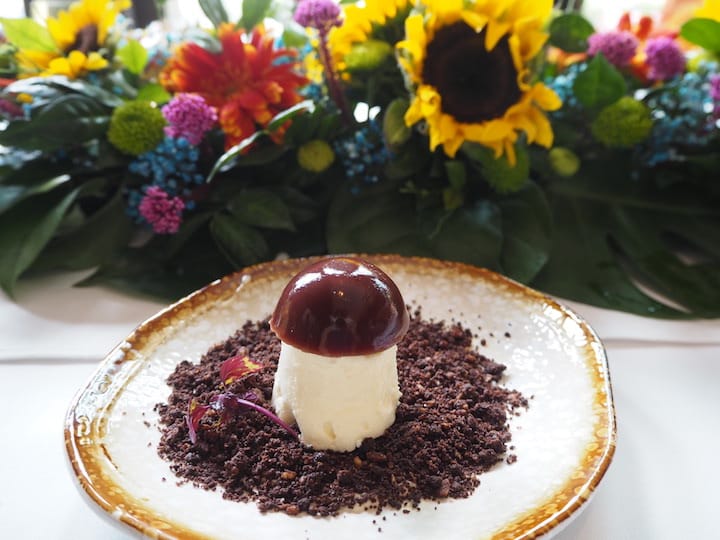 Ukrainian cheese cake (Credit: Kenneth Goh)
Another Ukrainian chef, Iurii Kovryzhenko of Vintage Nouveau Restaurant, who acted as the translator for this interview, notes that the fine-dining scene in his country is nascent as more chefs study and work overseas and are exposed to new flavours and technology.

He says: “Ukraine is a young country that does not have a long tradition of food as it was destroyed by the Soviet Union. It is an exciting time to find old recipes and make them popular again.”