For four decades, celebrated British chef Gary Rhodes has been shedding the stodgy stereotype of British cuisine, which is dominated by mushy peas and heavy gravies.

Instead of sticking to convention, the 59-year-old has injected fun and finesse into classic British dishes such as the bread and butter pudding and Lancashire hotpot, which he re-imagines as a ravioli stuffed with baked onions and potatoes and served with lamb cutlets. 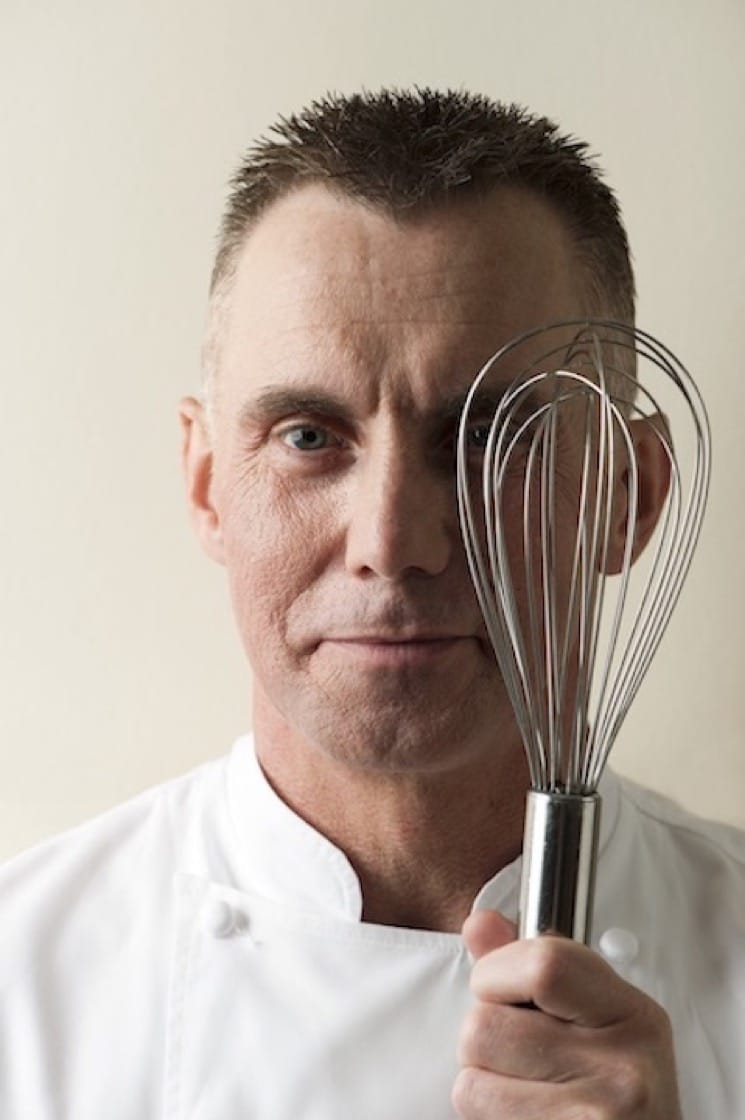 Rhodes was one of the pioneering chefs that championed modern British cuisine in the 1980s when he was the head chef of The Castle Hotel in Somerset in south-west England. At 26, he led the restaurant to retain its Michelin star in 1986 and maintained the accolade for the next few years.

He delved deeper into redefining British cuisine when he helmed the acclaimed Greenhouse Restaurant in Mayfair in London in the 1990s. Rhodes revived and revamped quintessential British fare such as braised oxtail, home-made faggots (meatballs made from offal and minced meat) and mashed potatoes.

He also led the restaurant to receive a Michelin star in 1996.

It was also during this time when he created one of his most talked-about dishes — the white tomato soup.

He shares with The MICHELIN Guide Digital: “Many diners always ask me ‘how do you get white tomatoes?’ My secret lies in drawing out the clear natural juices from cherry and plum tomatoes over two days before adding a splash of cream.”

The white tomato soup was one of the fives dishes whipped by Rhodes at a private dinner organised by the Singapore Polo Club earlier this month. Other dishes include the Scottish salmon bisque served with risotto, candied lemon and Welsh spring onions, and a whiskey-spiked Victorian Trifle laced with a rhubarb and ginger syrup and white chocolate mascarpone cream.

He also ran Rhodes Twenty Four, a Michelin-starred restaurant in London, and has cooked for royalty, politicians and top sports teams.

Rhodes, who was bestowed with an Order of the British Empire (OBE) for his immense contributions to British cuisine in 2006, relocated to the United Arab Emirates, where he runs two restaurants, Rhodes W1 and Rhodes Twenty10.

The culinary ambassador shares with us the journey on modernising British cuisine.
Advertisement
Advertisement

1. How did you get the idea of modernising British food in the 1980s?

It started when I was working at The Castle Hotel in Somerset, which mainly served older diners who thrive and love good ol’ English fare. I decided to make things more exciting and refine British dishes. I made French-style boudin sausages that taste like a steak and kidney pie. And it all started from there.

It is born from something old and you need to study the history of British cuisine to understand how to make it modern. All my dishes have a slice of British heritage — be it ingredients or flavour combinations that are found in classic dishes. However, I also put my personality and experiences from cooking around the world by adding elements from different cultures. It also lies in using English produce.

My favourite ingredient is English asparagus, which is grown in Kent and is only in-season in May and June. The asparagus ignites your palate. Just steam it and drizzle some butter, add a twist of pepper and a little touch of sea salt. I especially like raspberries from Scotland during summertime. They have an amazing full-bodied flavour. 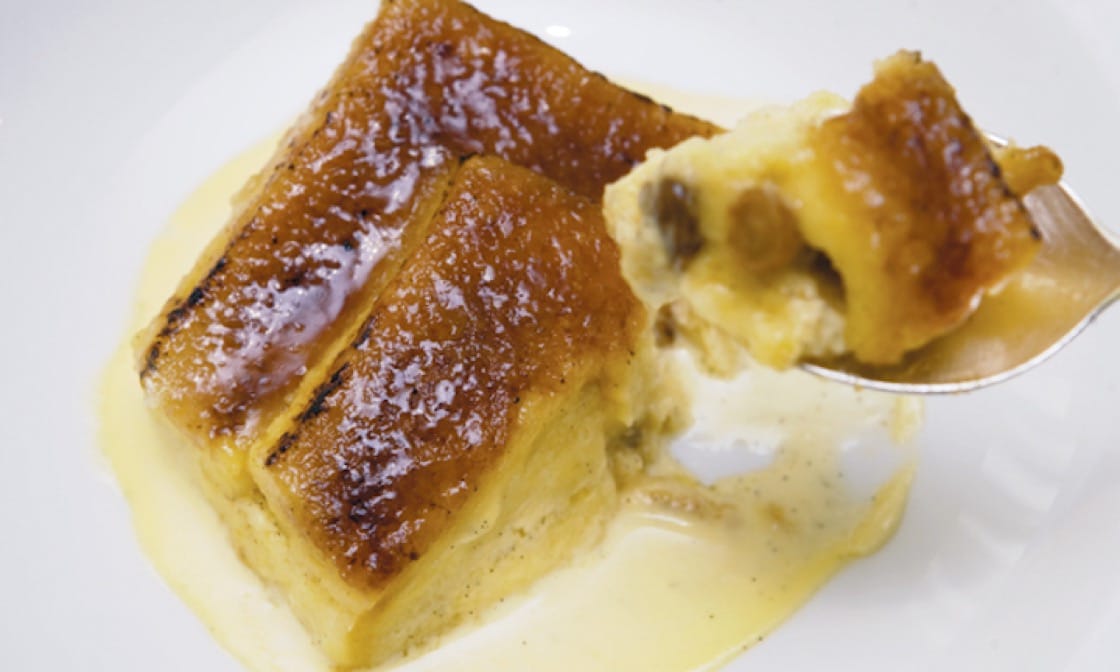 Chef Gary Rhodes is perfectly happy with his interpretation of the classic British dessert of bread and butter pudding. (Photo: Kenneth Goh)

3. What is your favourite modern interpretation of a British dish?

Bread and butter pudding, which I will never change my recipe. I never really liked the original version, which is traditionally made with stale bread and baked with nutmeg, raisin, milk, eggs. The raisins always turn out bitter and burnt as they are usually overcooked.

When I was cooking at The Castle Hotel, I decided to make a creme anglaise (custard) with vanilla and nutmeg with buttered bread that have been at least three days old so that the bread is drier and absorb more custard. I poured the custard over the bread and let it steep for a couple of hours. Then, I cooked it like a creme caramel with burnt caster sugar on its crust, which is similar to a creme brûlée.

I have stuck to every element of the old recipe, but I have given it a sort of lightness without losing the fullness of its original flavour.

4. How has modern British cuisine evolved over the years?

I am proud to maintain the Michelin Star for five years when I was at The Castle Hotel, before I moved on to The Greenhouse in Mayfair for six years. It was where my food became even more British with home-made faggots with mashed potatoes, and braised oxtail. It showed a recognition and appreciation of British cuisine.

Today, there is an endless list of top British chefs who are doing modern British cuisine but it is like "you laughed at me when I started doing it years ago and now you’re doing it". That said, I am glad to see that British cuisine being back in fashion. Old flavours are given a makeover and there are still opportunities to enjoy these homely favourites that diners have grown up with.

5. What is your hope for the future of British cuisine?

I hope that British cuisine can reach the same status of cuisines, such as French, Chinese, India, Italian — you walk into a restaurant and you immediately know what classic dishes to expect. For now, we have roast beef and fish and chips, but this is just a start. There are still beef stew with dumplings, steak and kidney pies, Cornish pasties and many more. We can slowly but surely tell a great story of what our food is about and I will stick up to this till my last cooking day.