Braving The Kitchen With Chef Sun Kim of Meta

The South Korean chef of the one-Michelin-starred contemporary Asian restaurant makes brave choices inside and outside of the kitchen.

Meta’s chef Sun Kim has a natural flair for melding Eastern and Western flavours, and he does it with finesse and great showmanship.

A case in point: a pristine white plate arrives at the table with a sculptural mound that is covered by a silky layer of pressed scallop in the middle. Gently peel back the blanket to reveal a creamy, briny surprise — a poached Hamaguri clam that is laced with a herbaceous spiced fennel cream made with preserved yuzu chilli and fennel confit. Capping off the dramatic reveal are a sprinkling of Japanese micro-chives and zingy lemon zest. 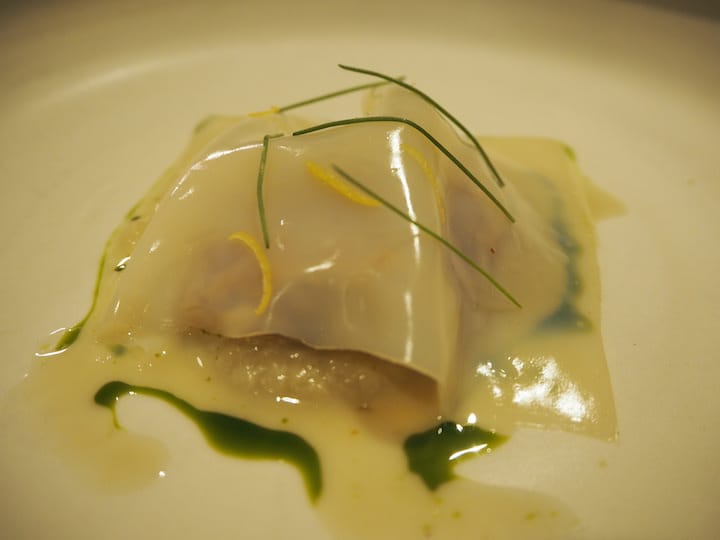 Hamaguri clam that is blanketed by a scallop sheet
This conversation starter at Meta, a one-Michelin-starred contemporary Asian restaurant in Keong Saik Road is part of its spring menu that debuted last month. The South Korea-born Sun gives Asian ingredients and flavours — including gochujang (red chilli paste) and doenjang (soya bean paste) that are reflective of his heritage — a chic contemporary French treatment.

With a melange of flavours from Chinese, French and Korean cuisines, Meta pushes the boundaries of flavour combinations. A serial experimenter in the kitchen, Sun says: “Brave design is doing something that you’ve never done before. It is all about taking a big risk. If you don’t take risks and stay where you are comfortable, you don’t know your future.”
Seeking Out His Food Identity

Sun treads the fine balance of presenting a globetrotting cuisine while highlighting his Korean heritage at Meta but this direction hasn’t always been this clear to him. When he was roped in to start Meta in 2015, Sun, who had worked at the three-Michelin-starred Japanese-European restaurant Waku Ghin took a leap of faith to work with an entirely new kitchen team, on top of trying to nail down the culinary direction of the restaurant.

Not surprisingly, Sun says that starting Meta was “the biggest risk that I have taken in my career”. He says with candor: “I used to work for a big chef at one of the best restaurants in the world. When I came out, I was no one and had to start from the beginning.” 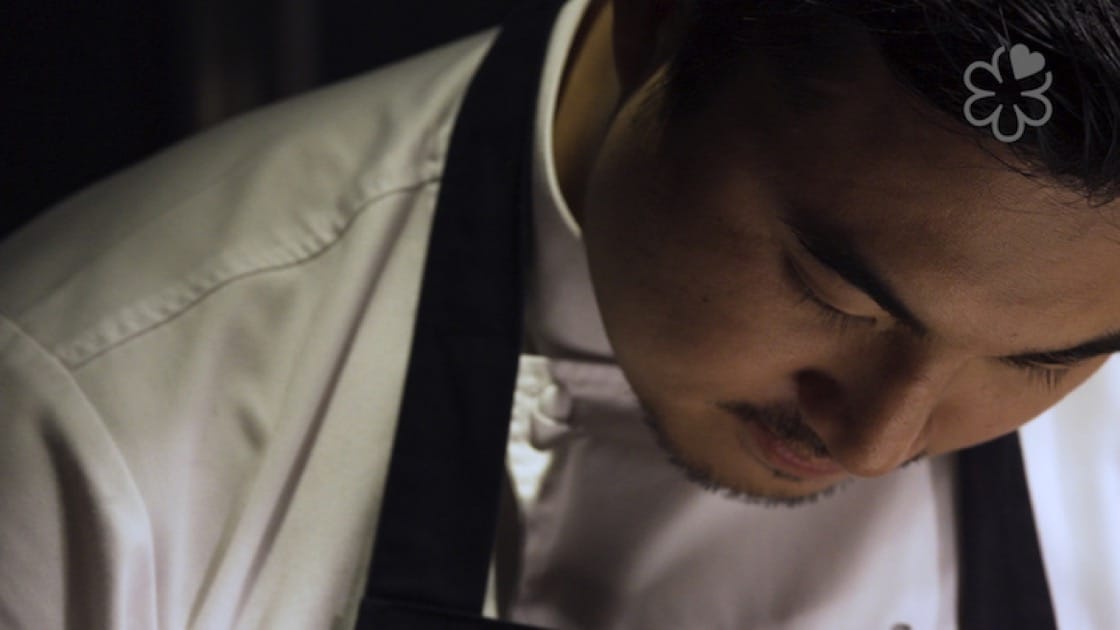 One of the early struggles that Chef Sun Kim grappled with at Meta was finding the identity of his cuisine.
One of the biggest struggles that he grappled with was charting the direction of his food at Meta. With a sheepish grin, he recalls: “In the first week of opening Meta, we had so many media reviews that were not so good. I didn’t know what I wanted to do and tried too hard to be different.”

Gradually, he sought inspiration from his childhood memories of the comfort food that his mother, who operated a small Korean eatery in Seoul, cooked. From there, he delved into the flavours that are close to his heart — home-made soups and kimchi — and leveraged on his kitchen training in Western restaurants. Along the way, he grew more confident of expressing the identity of his food with his team.

Sun’s adventurous style of contemporary Asian food stands out by weaving Western cooking techniques with Asian elements such as the sauces and seasoning and in-season ingredients from the region such as Japanese sea bream and hamaguri clams.

Take the slow-cooked beef short rib for example. A succulent block of 40-hour slow-cooked beef sits on a bed of umami-packed shiitake mushroom puree that gives the beef an earthy and salty kick. Adding some crunch are a sprinkling of horseradish slices, pickled mushrooms, puffed buckwheat crisps and a slice of charred kale leaf. 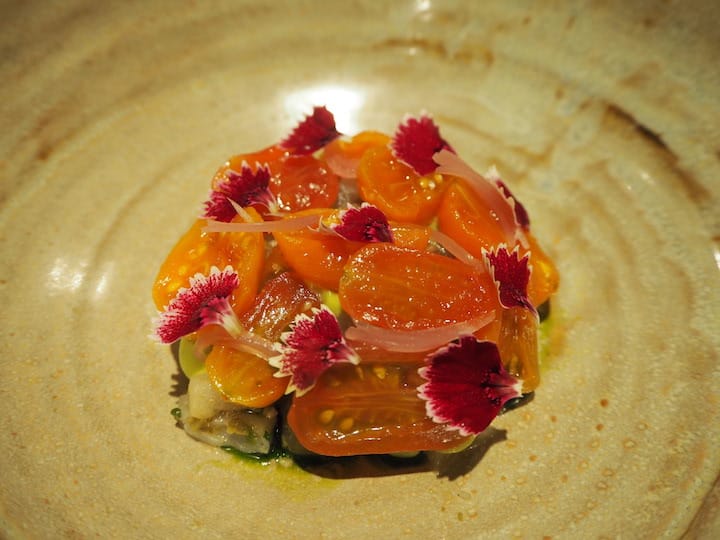 Besides the flavours, the design of his dishes plays a vital role in whetting the appetite. He says: “Being visual is important, as when the food is served, you see the dishes with your eyes and it also has to be attractive to diners.”

One of his most visually stunning dishes is the Japanese sea bream tartare, served with slices of yuzu-infused tomatoes, each embellished with dots of piped avocado cream and meticulously adorned with a petal of violet Nadeshiko carnations.

“When I designed the plating of this dish, I want diners to feel that it is a spring dish so I put many colours,” he says. “Visually, it looks like flowers during spring time.” Another eye-candy dish is the classic dessert of baked carrot cake. The architectural carrot cake is crowned with a tower of flower-like cut-outs of pickled carrot and served with a tart orange sorbet. He adds: “I like to play with colours. When you eat my dishes, they have a balance of flavours. When you look at my dishes, they also have a balance of colours.” 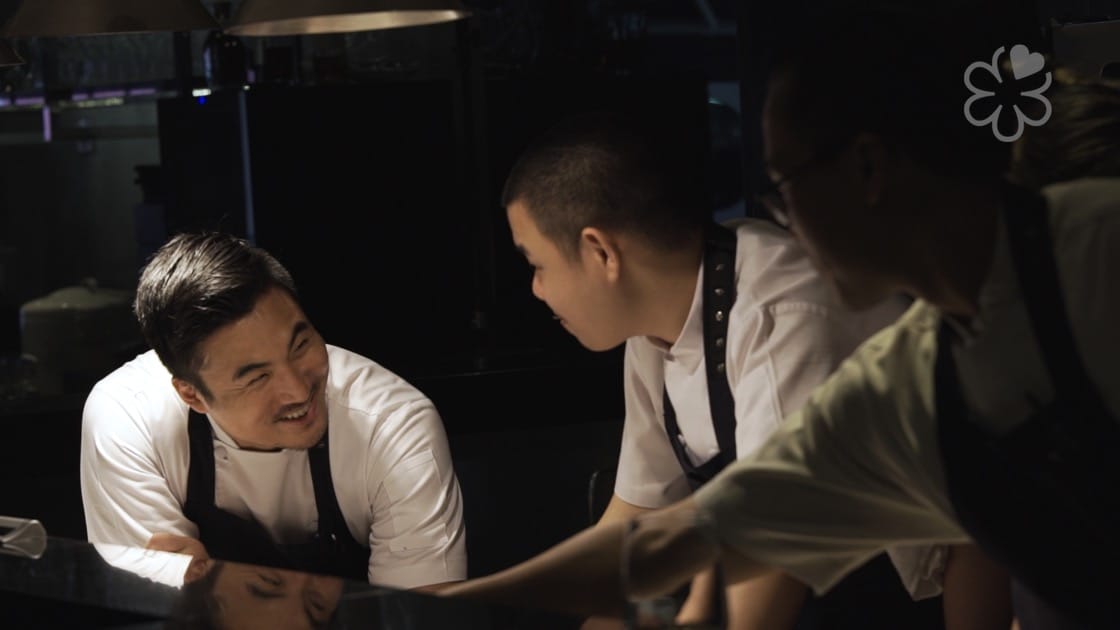 Besides taking brave steps in the kitchen, Sun’s journey into cooking has also been nothing short of brave. Growing up in South Korea, he spent much time “running around” in his mum’s eatery, which sowed the seeds of his dreams to work as a chef. At 10 years old, he had already set his sights on working in the kitchen one day.

After his schooling years, Sun worked at Italian restaurants in Seoul but he didn’t harbour serious ambitions to become a top chef. His turning point came when he stumbled upon a cookbook by chef Tetsuya Wakuda of the renowned eponymous restaurant in Sydney at a bookshop. He shared a deep connection with Wakuda’s culinary vision. “It was a new world to me and I was inspired by how he creates dishes and his life story,” he recalls. “I just wanted to go to Australia and find a job at Tetsuya’s. I wanted to know what his secret was.”

In 2011, he made a bold choice — he packed his bags and headed down under despite not knowing English. After teaching himself the language, he enrolled in Le Cordon Bleu in Sydney. Soon, he snagged himself a job at Tetsuya’s and was later seconded to work in Waku Ghin in Singapore. 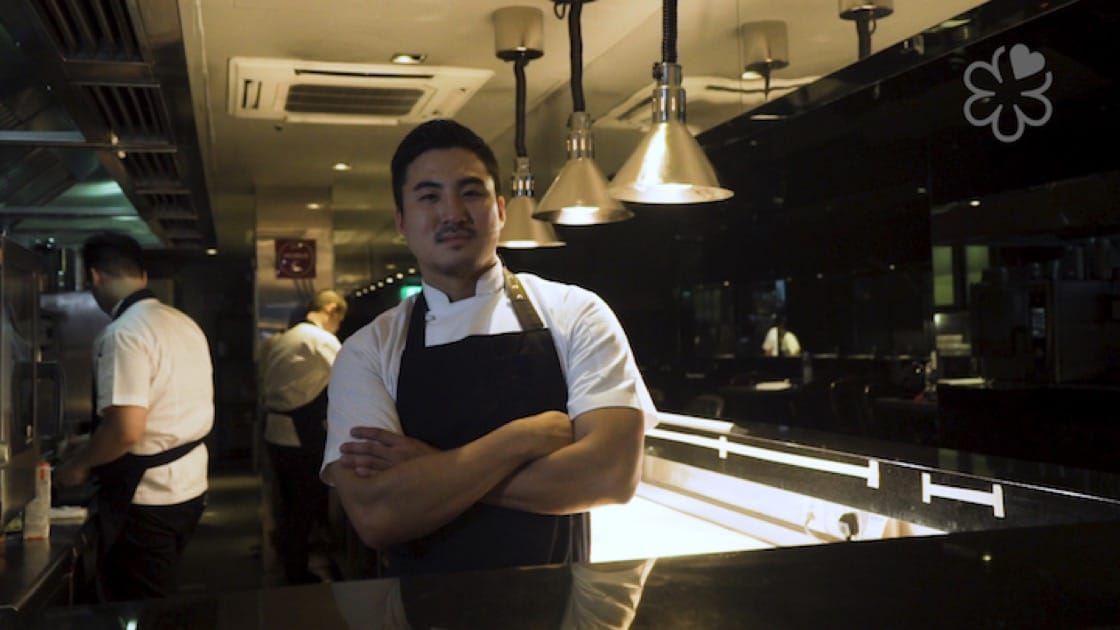 Chef Sun Kim continues to enjoy learning about local ingredients and finding ways to incorporate them in his dishes.
Exploring New Frontiers

After four years in Singapore, Sun’s hunger for experimenting with local ingredients remains relentless. Besides coming up with “my version of flavours” through eating hawker food, he relishes wet market visits with his team. He says: “I enjoy learning about local ingredients and creating dishes for staff meals before they make it to the menu.”

Sun considers himself a bona fide risk-taker — both inside and outside the kitchen. He says: “When I opened Meta, I didn’t know that it would be a success and when I decide to become a chef, I didn’t know that I could head a Michelin-starred restaurant.”

Summing up his cooking journey, Sun, who opened a more casual restaurant, Kimme last year, says: “The experience of starting Meta was a short two years, but it feels like a long journey, I struggled and failed and tried so hard. Though it has not reached the success that I want, I know what I want now.”