Mooncakes have evolved to colourful parcels filled with all sorts of unusual ingredients, from spicy dried shrimps, black garlic to champagne. However, traditional mooncakes, which are steeped in cultural significance and history, are rolled out by a handful of old-school bakeries for Mid-Autumn Festival, which falls on 24 September this year.

Traditional mooncakes wouldn’t be out of place in a thriller set in ancient China. According to Chinese legend, the Chinese hid secret messages in the mooncakes to instigate a rebellion against the Mongols in the 14th century. Over the years, various Chinese dialect groups have adapted these confections with variations of the fillings and designs. 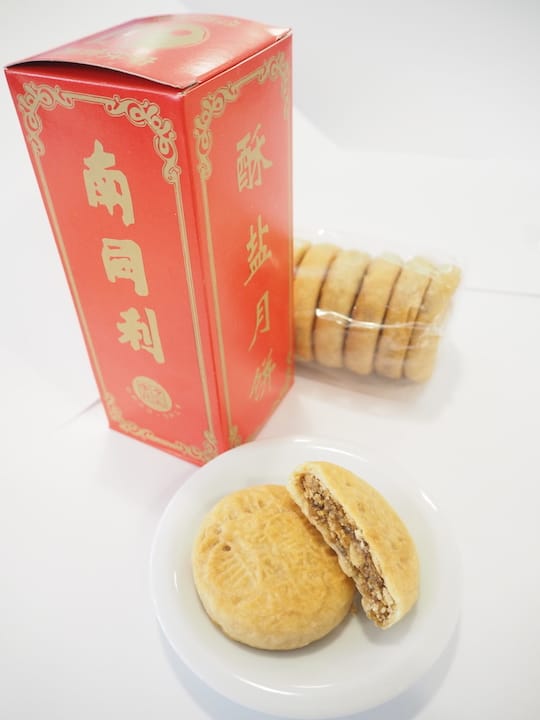 About: The Hainanese like their mooncakes nutty and subtly spicy. Called su yan bing, the baked pastry has a stuffing of dried tangerine, salt and pepper stuffing flecked with melon and sesame seeds.

The pastry skin, which is made with flour, salt and lard, is thin and not flaky. Eight pieces of mooncakes are stacked in a tall distinctive red box with dark gold trimmings. These mooncakes are from Nam Tong Lee Confectionery, which used to be in Purvis Street, where many Hainanese families lived.

Although the long-time Hainanese confectionery shuttered in 2006, it still produces Hainanese biscuits and mooncakes for special occasions and festivals from a cooking facility in Singapore. These days, the shop supplies its mooncakes on a consignment basis. One of the places that sell the bygone mooncakes is Hainan Cuisine & Snacks in Toa Payoh.

The 40-year-old hawker stall, which specialises in Hainanese food such as yi bua (a glutinous rice flour kueh filled with a coconut, ginger, sesame and peanut filling), has been selling Nam Tong Lee’s mooncakes over the past six years. Simon Goh, who is from the second-generation family that runs the stall, says: “There was a surge of nostalgia during SG50 (Singapore’s 50th birthday) in 2015 and adults started to take notice of such mooncakes when they realise that their parents still appreciate these old-school items. Hopefully, such Chinese customs can be preserved.” 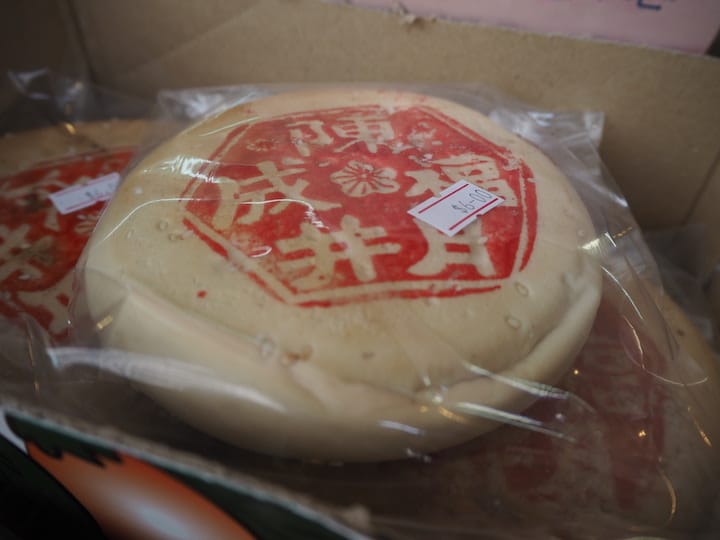 Hokkien mooncakes are a symbol of good luck for those who are studying for their exams. (Credit: Kenneth Goh)
2. Hokkien Mooncakes

About: For the Hokkiens, mooncakes have a studious significance. Known as “scholar cakes”, these disc-like pastries were distributed to those who sat for the imperial examinations, which determined junior and senior court administrative positions in ancient China. Size matters so the largest mooncake, which can weigh up to 750g, was reserved for the best-performing scholar.

Today, the mooncake is also a symbol of good luck for those who are studying for their exams. Each disc, which resembles a white moon, is filled with a dry and sweet filling that comprises candied winter melon, tangerine peel, melon seeds, sugar and lard. Upping the fragrance factor are sesame seeds that coat one side of the pastry. There is also a rarer savoury version that has minced meat stuffing. 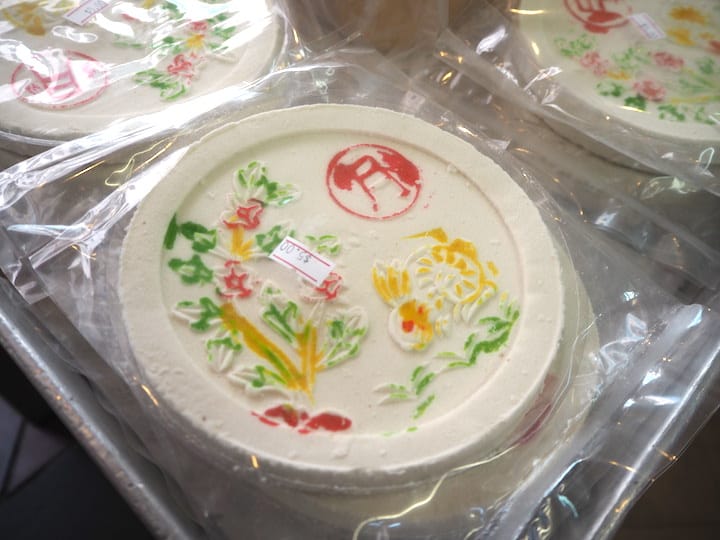 About: Called yue gao, this snow-white disc is mainly made with cooked glutinous rice flour and sugar that gives a powdery mouthfeel. The ingredients are similar to a popular Chinese confection, yun pian gao or cloud cake. The cake can be adorned with design carvings in the shape of animals and flowers. These mooncakes are offered to worship the moon or are given to friends and family during Mid-Autumn Festival.

Get It From: Tan Hock Seng, 86 Telok Ayer Street 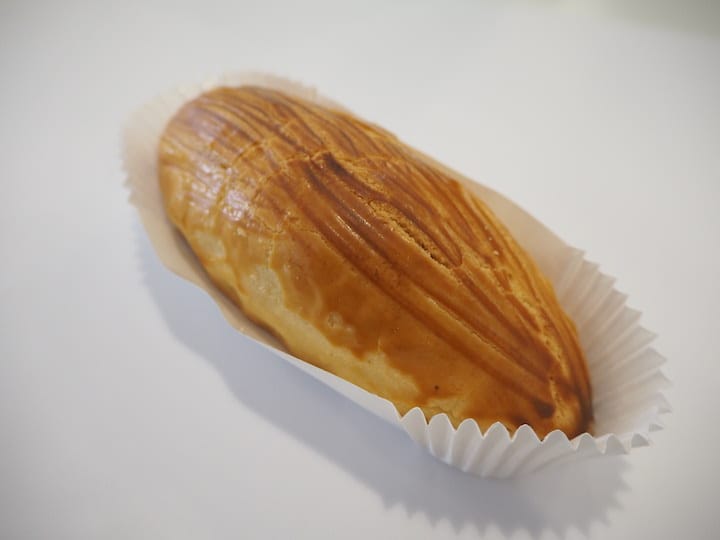 About: Shanghainese mooncakes are known for their thicker, crumbly and buttery shortcrust pastry (think the crust of pineapple tarts). Like their Cantonese cousins, Shanghainese mooncakes can be stuffed with either lotus paste or red bean paste and a salted duck egg yolk is typically wrapped in the filling. They are usually shaped like mini golf balls, though one of the variants is known as golden mouse in Mandarin as it resembles the shape of a mouse.

Get It From: Tan Hock Seng, 86 Telok Ayer Street 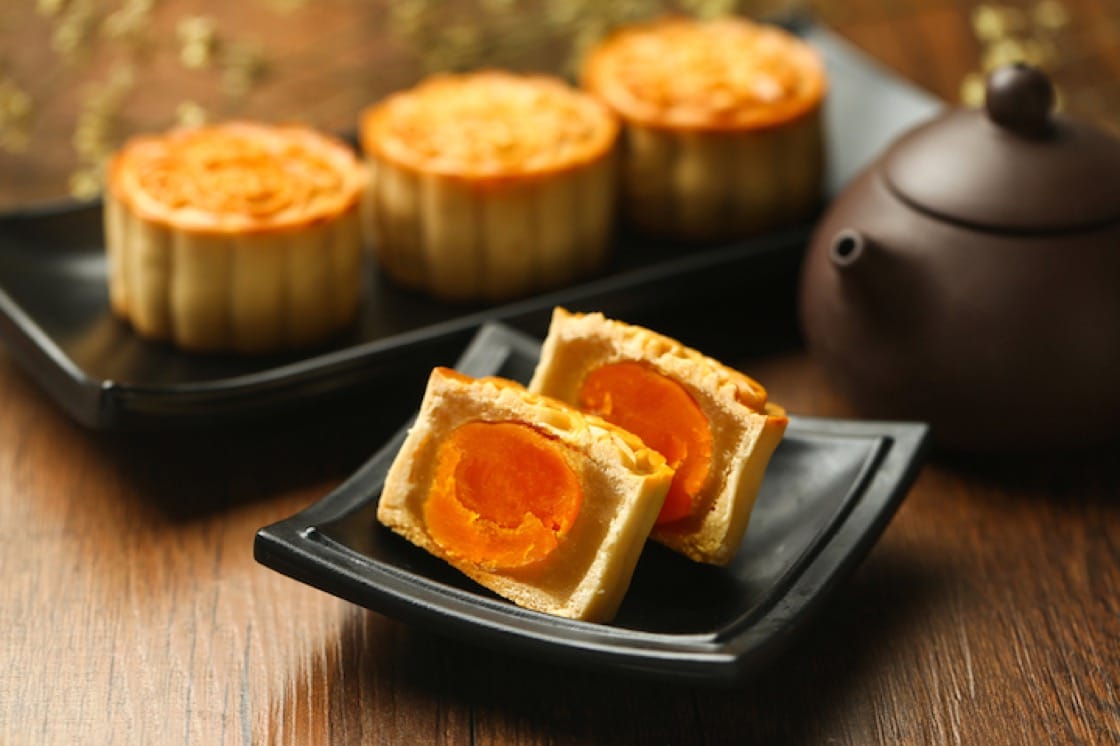 About: Cantonese mooncakes are the most widely seen baked mooncakes that are available at most hotels and bakeries in Singapore. Originated from Guangdong, China, a golden brown pastry encases lotus or red bean fillings. They can also contain salted duck egg yolks. Traditionally, the ball of dough and filling is pressed into a wooden mould, which crafts intricate wordings of the pastry shop’s name or the mooncake’s stuffing on top of the pastry. After being knocked out of the moulds, they are glazed with egg yolks before being baked. Other stuffing in these baked mooncakes can include sesame, durian and chempedak pastes.

Get It From: Chop Tai Chong Kok and Tong Heng 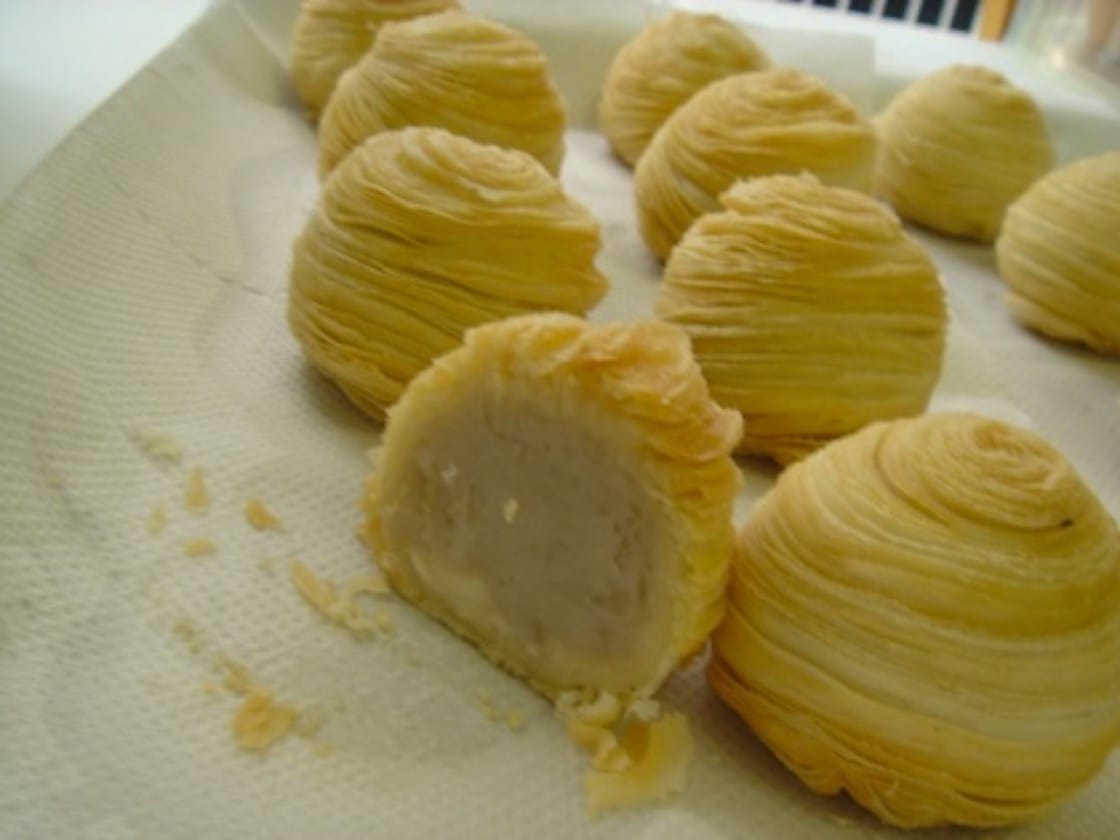 About: The yam filling and flaky pastry crust are what set Teochew mooncakes apart from other mooncakes. These old-school confections are known as la bia in the Chaoshan region in the east of Guangdong, where the Teochews came from. La means lard or pork oil in Teochew, which is mixed with flour to make the pastry. The mooncake filling can include lotus seed, mung bean and yam pastes. Another variant of Teochew mooncakes comprises a fried spiral-shaped flaky pastry crust that envelopes yam paste and salted duck egg yolk.