Say “cheese” — one of the hottest dessert trends to hit social media this year has been the Basque burnt cheesecake. Though not photogenic in the conventional rainbow-hued, cutesy way that Instagram-worthy desserts usually are, this style of scorched cheesecake has taken the internet by storm with its rustic, oozy charm.

Said to have been birthed almost 30 years ago at restaurant La Viña in Spain’s San Sebastián, the crustless cheesecake — cratered and burnt black on the surface but light and custardy in the middle — soon gained national fame a decade ago and slowly made its way overseas, catching on in Japan, Turkey and becoming a bona-fide craze in Kuala Lumpur last year.

The trend made its way to Singapore with the opening of Catalan cuisine establishment Olivia Restaurant & Lounge in Keong Saik Road earlier this year where its take on Basque burnt cheesecake quickly made its rounds on social media. The restaurant is named after the young daughter of chef and co-owner Alain Devahive and sous chef Celina Franco. Created by Franco after months of trial-and-error, Olivia's burnt cheesecake behaves more like a slice of pie than a cake, with a crisp base of almond sable and a caramelised scorched top giving way to a creamy centre that oozes deliciously onto the plate. 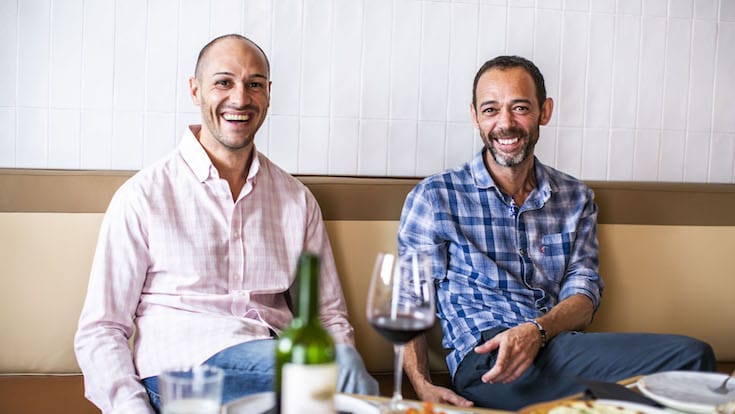 Miquel Sabrià (left) and Alain Devahive (Pic: Olivia Restaurant & Lounge)
“Celina’s cheesecake recipe was crafted over months to achieve that creamy and intense flavour that reminded us of eating cheesecake when we were young. The finished product is a delicate, crumbly crust base with a balance of different cheeses to achieve a unique sweet and savoury taste,” says Devahive. While a classic Basque cheesecake is made with just cream cheese, the addition of Valdeon cheese — a hearty Spanish blue cheese made from a blend of goat and cow milk in the Leon province ­— in Olivia’s rendition lends it a moreish savoury funk.

Priced at $14 for a slice or $80 for a whole cake, Olivia’s Creamy Homemade Cheesecake has become so popular that COO Miquel Sabrià, who leads the restaurant’s operations, says it is considering opening standalone shops in Singapore to retail the dessert. “The cheesecake has become one of the most popular items on the menu. We’ve even had a customer drive from the East Coast at midnight to purchase a slice, only to eat it in his car before returning home,” says Sabrià.

In the meantime, try your hand at recreating Olivia’s creamy Basque-style burnt cheesecake with this exclusive recipe.
Advertisement
Advertisement 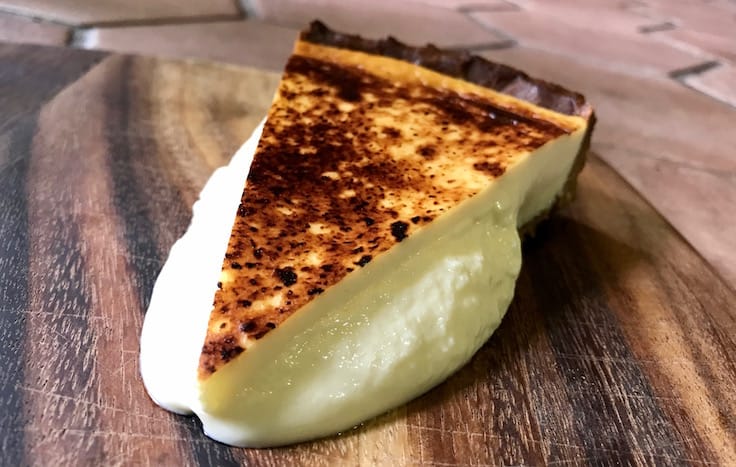 Method
1. To make the cheesecake mixture, put the whipping cream, egg yolks, sugar and cheeses in a blender and blend well. Strain to remove any large particles and place it in the fridge to rest for 24 hours.
2. To make the tart, first put the butter in a food processor and add the all-purpose flour, almond flour, icing sugar and salt, pulsing five times until they are all combined.
3. Add the egg and pulse until all the ingredients are combined, then leave to rest in a cool area for an hour.
4. Roll out the dough to about 4mm thickness and place into the tart shell.
5. Line the inside of the crust with foil or baking paper and fill it with dried beans or rice as a weight.
6. Bake at 160°C for 10 minutes, then remove the weight and cook for another 8 minutes.
7. Add the cheesecake mixture to the tart base and bake at 200°C for 15 minutes.

The maven of dessert art talks about creating unique experiences at every level of a dessert empire that spans restaurants, dessert concepts, edible art experiences and a global range of confectionaries.