Nothing spells comfort like a gooey dessert, and a sticky toffee pudding hits all the right spots. This popular pudding is sweet, warm, luscious, and even comes topped with ice cream so your tastebuds are treated to the juxtaposition of temperatures.

Just ask chef Daniel Sia, culinary director of The Lo and Behold Group and managing partner of newly awarded Bib Gourmand restaurant, The Coconut Club. His sticky date pudding gained its own legion of fans when he first introduced it back at the now-defunct restaurant Marmalade in 2001.

RELATED: The Coconut Club Shares the Secret to the Perfect Nasi Lemak 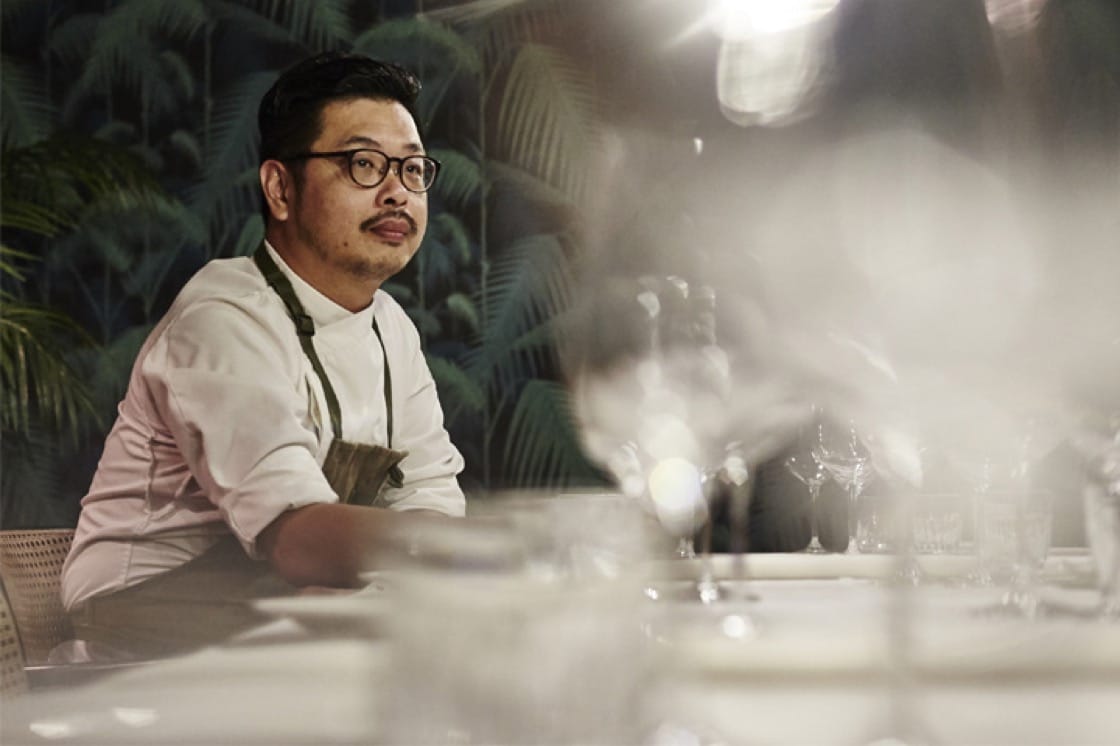 The success in a Sticky Toffee Pudding lies in its soft, molten quality.

“We tried many different recipes for Sticky Toffee Pudding, but most of them resulted in a cake that was dry,” says Sia. “At this time I spoke to a pastry chef about the issues I was facing, and she advised to try alternating the flour and liquid to achieve a steamed pudding texture.”

Sia advises the home cook to follow this technique as it changes the texture completely: “The batter may seem split, ‘broken’ and liquid-like but it will work out fine after you bake it,” he says.

He also swears by using medjool dates, as its natural toffee flavour is intensified when baked into this dessert. 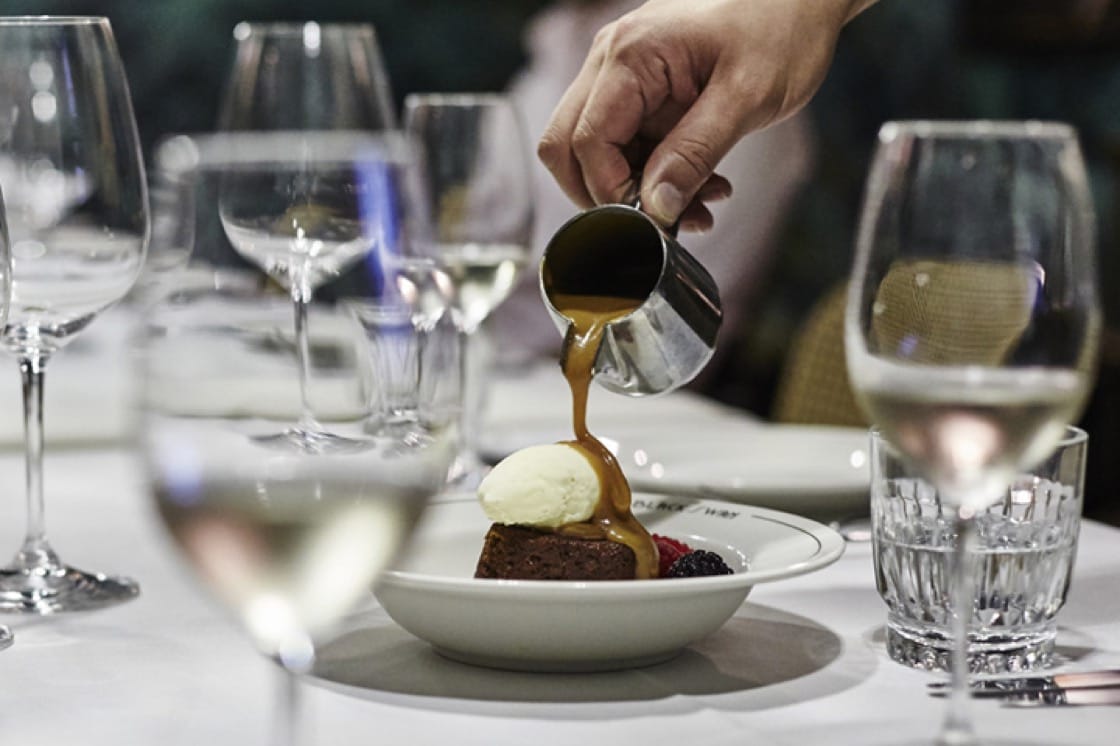 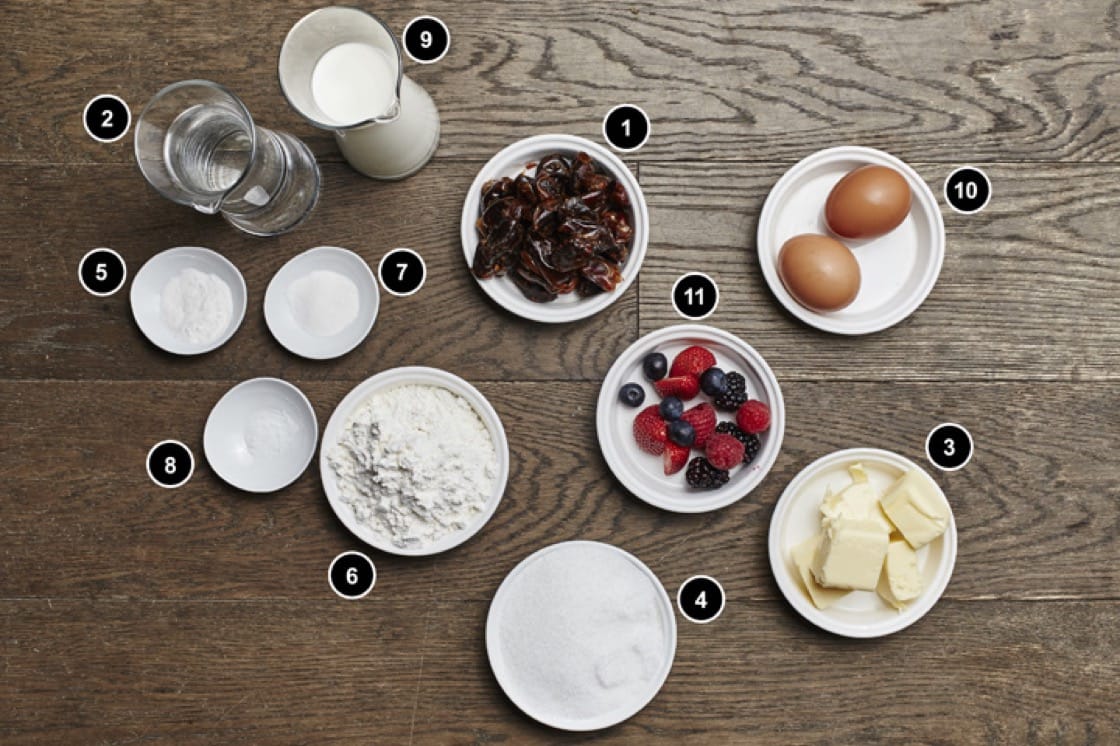 For the pudding:
1. Rinse pitted dates well, then cook with water till the combination becomes a thick paste.
2. Add baking soda, baking powder and salt to the flour, then sieve.
3. Mix castor sugar and butter in an electric beater, at medium speed. When it takes on a pale white color, pause the beater to scrape down the sides of the bowl.
4. Add in eggs at low speed, and mix well.
5. Alternate the addition of flour mix and whipping cream, scraping down the sides each time one of these ingredients are added to the bowl.
6.  Lastly, add the date paste.
7. Fill moulds with the finished mix. It is best to lightly brush the moulds with butter before filling them up, unless silicon ones are used.
8.  Pre-heat oven at 180 degrees Celsius for ten minutes, then place the tray into the oven.
9.  Bake the tray for 15-20 minutes at 165 degrees Celsius.

For the sauce:
1. Pour sugar, treacle and half the heavy cream into a saucepan.
2. Stir over a low heat at 180 degrees Celsius until the sugar has caramelised.
3. Then remove from heat and add the rest of the heavy cream, butter and vanilla extract, stirring them for a minute.

1. Serve puddings immediately out of the oven, and pour 2 tablespoons of freshly made sticky sauce over each one.
2. Top each of them off with favourite ice cream and berries.

The last course of most tasting menus, Petit Fours leave a sweet and lasting memory for the diner. Here's what seven MICHELIN-Starred restaurants in Singapore serve in theirs.