Chef Son Jong-won of one-MICHELIN-starred contemporary fine-dining restaurant L’Amant Secret spent his youth searching for a purpose in life he could call his career — until he realised it is a calling that had been right in front of him all along.

That realisation came unexpectedly, he recounts.

“Since I was little, I wanted my job to be something that I can love and put my passion into. It wasn’t easy to find. I’ve loved cooking at home for most of my life, but since it is already part of my daily routine, I had never considered it as a career,” he explains.

One day, while living in New York, he drove past the Culinary Institute of America and glimpsed culinary students in their chef uniforms working like an orderly brigade.

“It looked very cool. I fell in love. I found my fate,” Son says. “It was from that moment that I realized that cooking is my calling.”

See What Our MICHELIN Inspectors Say About L’Amant Secret 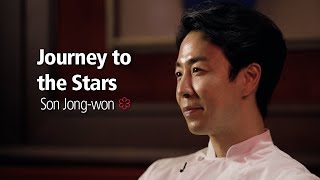 
The highest point in my career is when I got offered a full-time role in Benu in San Francisco. I was doing my internship there when the chef, Corey Lee, walked up to me and suddenly asked ‘Son, do you want a job?’”

“It was like a dream come true,” Son recalls.

It was also in these restaurants where he gained many mentors. “Among the many lessons that I have learnt from them, the most important lesson is that food should have identity,” says Son.

He returned to Korea in 2018 to head the team at L’Amant Secret, and drove the restaurant to earn its first MICHELIN Star in the MICHELIN Guide Seoul 2021 edition unveiled last November.

At L’Amant Secret, Son and his team push themselves daily to create dishes that encapsulate the spirit of contemporary Seoul — creations that “have never been seen before”, he describes. 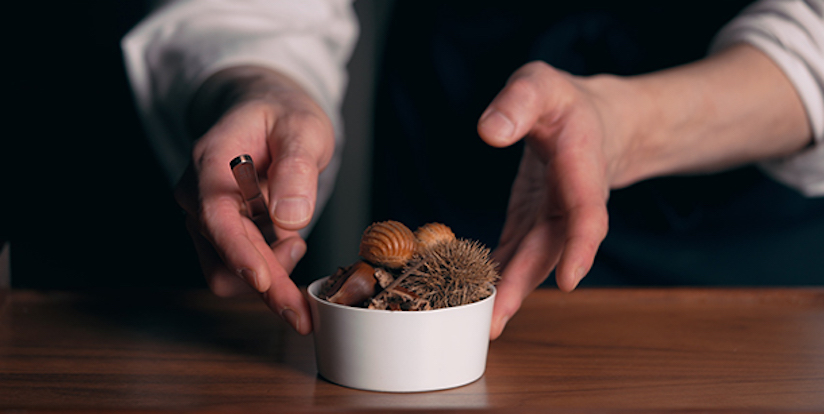 Housed on the 26th floor of the L'Escape Hotel overlooking the buzzing Myeongdong district of downtown Seoul, the restaurant’s intimate interiors is inspired by Parisian sensibilities and set the perfect stage for Son to parlay his Korean-style Western cuisine through modern expressions based on local ingredients blended with Western cooking techniques.

RELATED: These Are The New Stars Of The MICHELIN Guide Seoul 2021

Another signature dish, simply named Caviar and Eggs, has been on the menu since opening and has undergone multiple iterations that reflect Son’s personal journey as a chef. In its latest form, the dish features fresh eggs, thinly sliced green onions, chives oil, and smoked flatfish, topped off with a sabayon sauce, a generous layer of Ossetra caviar, and fermented lemons. The delicacy is served on a flower-shaped plate called 'Fleur' designed by Limoges-based French porcelain artist, Jacques Pergay, for an extra air of elegance.

READ MORE: The First Day We Got Our Stars: L’Amant Secret’s Son Jong-Won

For the exclusive collaboration between Genesis and Michelin, Son ties the experience together by serving the dishes with a small map, so the meal becomes akin to a “private driving course” for two diners to embark on. 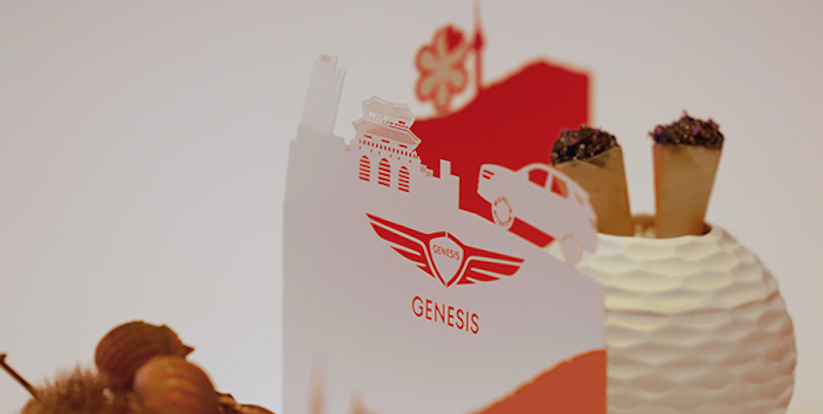 “A great dining experience is about more than just taste. You need to create a strong first impression,” Son explains. “At L’Amant Secret, we want to bring the landscape of Korea to the table.”

“Driven by my passion for cooking, I hope to create a wonderful journey that we can all travel on together,” he adds.

This post is brought to you in partnership with GENESIS