What makes mole such a unique, complex, and culturally intrinsic dish? Its earliest origin is unknown, but most food historians say mole was first cooked in Puebla and Oaxaca in pre-Hispanic times, and it's varieties from these two states that you'll find at most restaurants in North America.

Mexico has myriad national (and religious) holidays, each of which showcases special-occasion mole. While dried chiles define its flavors, just about every region in Mexico has its own distinctive style—amarillo, coloradito, de guajolote, de olla, molito, negro, pipián, poblano, rojo, tesmole, and verde to name a few. Preparing mole can be an intense and arduous experience involving such requisite fundamentals as the use of a metate (stone tool for processing grain and seeds) along with an array of dried chilies, fruits, nuts and, in many cases, dark, bitter chocolate. From these building blocks, the magic unfolds. Dried chilies come in various forms, like ancho, cascabel, chipotle, chile de árbol, guajillo, and pasilla; while spices include everything from allspice and clove to cumin and cinnamon. Perilla, cilantro, and the wild herbs de conejo, as well as the addition of peanuts and sesame also permeate the versatile mole—resulting in its exceedingly unique taste and texture. Given the many steps and myriad of ingredients, it’s only natural that time and patience are of the essence during its preparation. 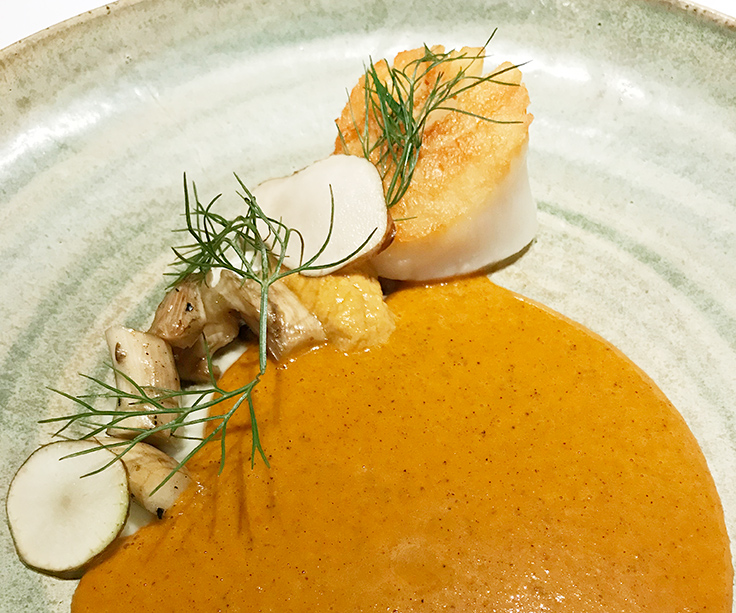 When Christmas approaches, this “plato especial” is widely celebrated and brought to life. Women typically gather around and tasks are doled out, so that each one of them contributes to the final product. There are chilies to roast, grill or fry and so many nuts to crack and clean. Corn kernels then need to be scraped off the cob for the masa, which may be formed into tortillas or warming tamales. 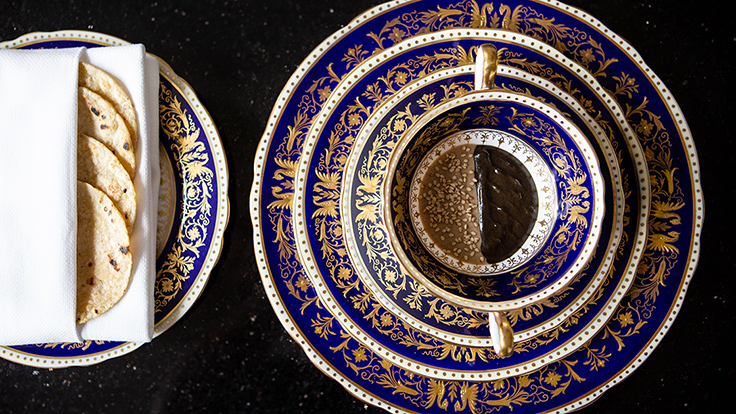 In North America, mole Poblano—a deeply rich, dark slurry originally from Puebla—is among the most prevalent and beloved. Other interpretations include the famous mole negro and mole verde, both from Oaxaca (appropriately known as “The Land of Seven Moles”) with the latter distinguished by the use of herbs, tomatillo, and green pumpkin seeds.

Today, as commercial, ready-made pastes have proliferated, the laborious task of mole-making has been simplified greatly for better or for worse. One might even say that so vast has been the influence of mole that it has now been adopted and reinvented by nearly every Mexican restaurant around. What cannot be forgotten is its remarkable evolution from a dish for traditional celebrations and festive occasions to one for casual, everyday consumption. If you’re in the mood for mole with your poached eggs at brunch, go right ahead. Sometimes the rules just don’t apply. 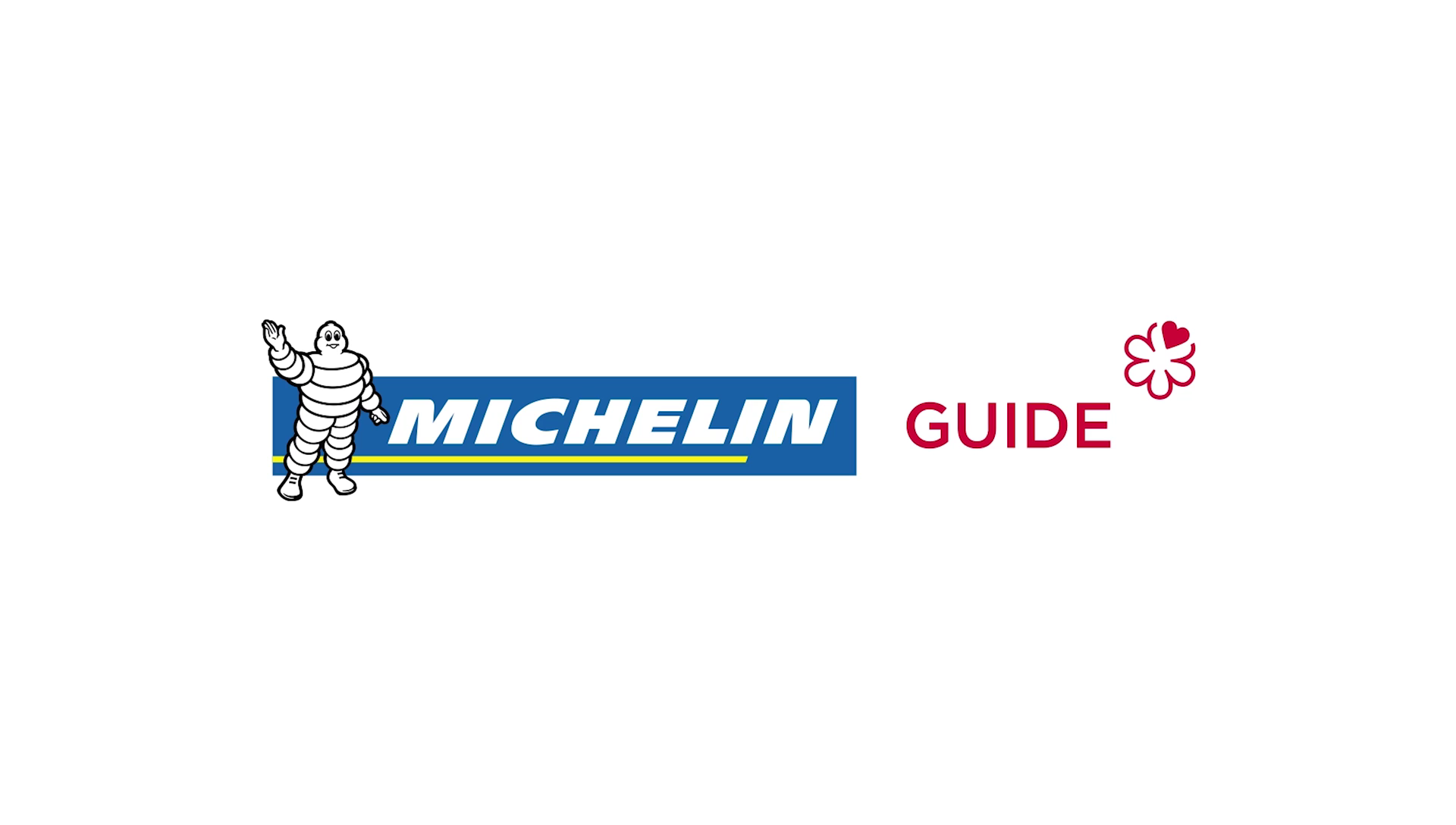 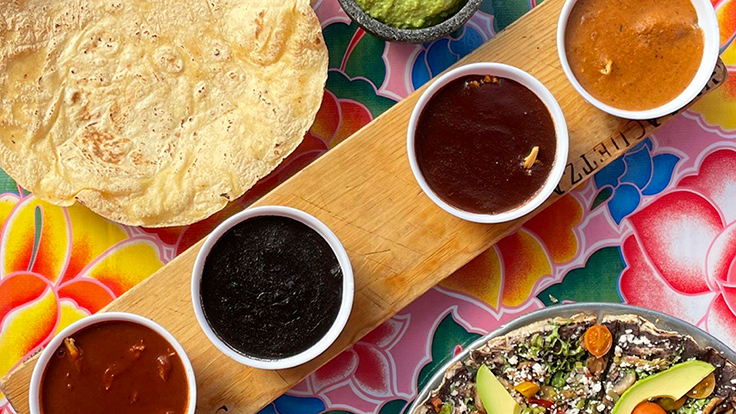 Topolobampo
Chicago
In the hands of Chef Rick Bayless—a lifelong scholar of Mexican cuisine—tradition and modernity comfortably co-exist. To that end, we enjoyed a single plump sea scallop plated alongside a lobe of warm uni, which in turn was set atop a shimmering sea urchin-infused spicy yellow mole made with guajillo chilies, tomato, tomatillo, and hoja santa. It was a classic and yet wonderfully contemporary course.

Pineapple & Pearls
Washington, DC
Chef/owner Aaron Silverman presents culinary fireworks at his sleek Pineapple & Pearls. There is a whimsical yet elegant style to his approach, as evidenced by the Black and White mole served with house nixtamalized tortillas. The white version was slightly thick and sweet with raisins, nuts, benne seeds, and wild rose vinegar; while the black mole was all smoke and spice, thanks to huitlacoche and black truffles. It was almost as if every ingredient in this inspired dish exhibited a certain deference to the magnificence of Mexican cooking.

Guelaguetza
Los Angeles
This longstanding, family-run favorite is all about exceeding expectations in terms of mole. It is the focal point of the menu here, and includes the negro, rojo, and coloradito, along with the lesser known estofado with olives, sesame seeds, raisins, tomatoes, cloves, capers, and so much more. Referred to as “the mole where Mexico and Spain meet,” it makes for a rich, zesty, and perfect pairing with dark-meat chicken or sweet, tender pork. 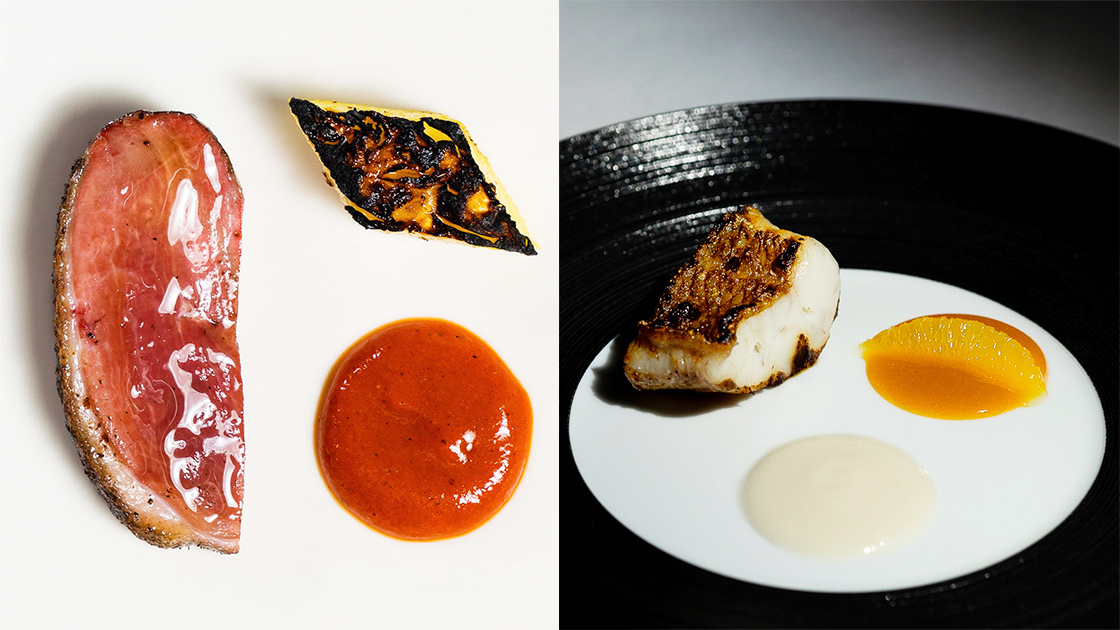 Californios
San Francisco
Chef Val Cantu has helped shine a brighter light on Mexican cuisine, which has already been occupying its rightful place on the global stage. His renderings are truly memorable and rarely bound by tradition. At Californios, Chef Cantu’s Miyazaki Wagyu with a mole negro jus was a technical feat that at once delivered an explosion of aromas, flavors, and silky textures.

Tacos, taquitos and tamales—these superb eateries offer some of the best in the city.