The chic, intimate Greenhouse sits discreetly on smart, centrally located Dawson Street. It’s a modern yet elegant place, with closely set linen-laid tables, smoked mirrors and a refreshingly relaxed atmosphere, and while the trams may rumble past outside, no-one seems to notice, as the focus here is the food on the plate.

You’ll be greeted at the door by one of the friendly, personable team – and may even get a nod from the chefs on the way to your table. Service is highly attentive and you’ll find that your every wish is swiftly met throughout your meal. 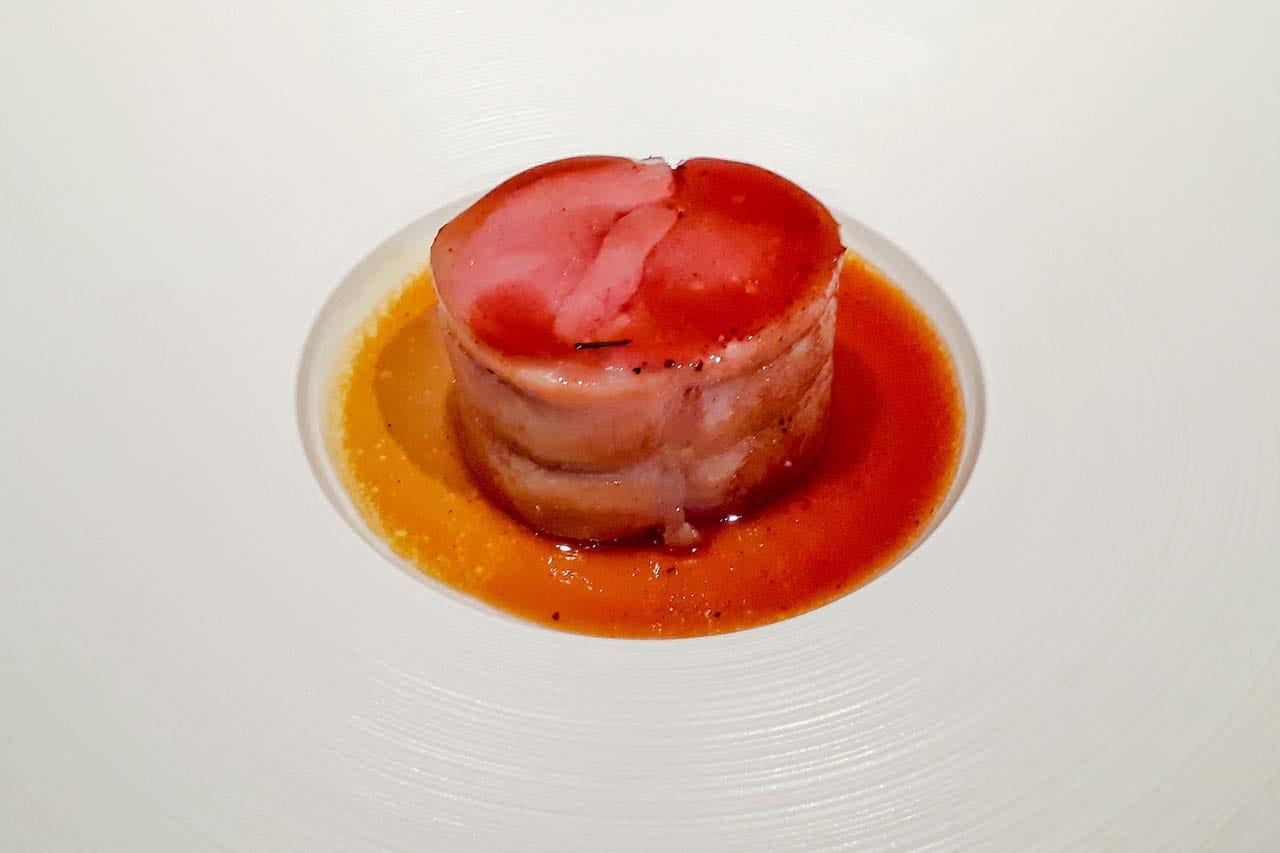 Head Chef Mickael Viljanen hails from Pori in Finland and has been working in kitchens since he was 14. After catering college he worked on a cruise ship before being moving between several restaurants in Finland and Ireland – where he’s now been settled since 2007.

He was initially largely self-taught and his cooking has steadily evolved over the years, with much of his classical training coming from one of Ireland’s most noteworthy chefs – Paul Flynn – during his time at The Tannery. After this, he took on the role of Executive Chef at Gregans Castle, where his cooking really started to develop, before then becoming Head Chef at The Greenhouse in 2012.

Food is his life and he tirelessly strives to move forwards and learn new things – as such, he regularly travels to Paris to enhance his knowledge (as well as to source some of his excellent quality produce!) His first Star arrived in the 2016 edition of the Michelin Great Britain & Ireland Guide, with his second following this year in the 2020 edition. You’ll more than likely meet him when he presents your main courses and, as he explains the dishes, you’ll really feel his passion.

His set menu offers the choice of 4 or 6 courses and his dynamic kitchen team master everything they do. The accomplished, sophisticated cooking presents some stimulating flavour combinations and while it’s classically based, has creative modern elements and plenty of personality. 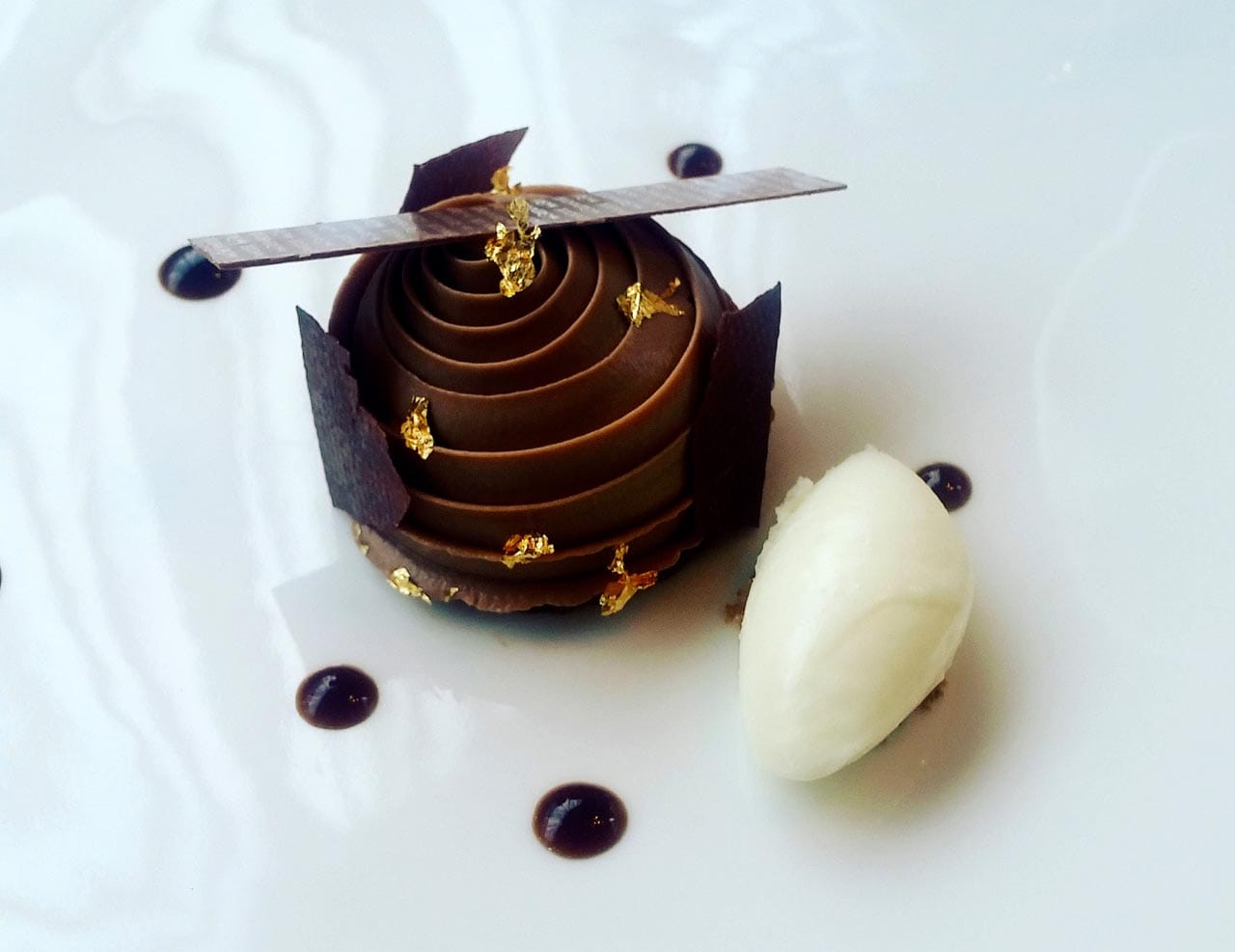 Mickael is a chef who really understands how to get the best out of his ingredients – and those ingredients are top-class, be they from France or Ireland: it’s the quality that dictates his choices. He also works with great precision and a meticulous eye to continually refine each dish and strive for perfection in its delivery.

He loves to cook on the stovetop ‘à la minute’ and his sauces in particular are stunning. Flavours have a real intensity and are often contrastingly layered. The typically Finnish sweet/acid contrast can be seen in one of his signature dishes: foie gras royale with Granny Smith apple, walnut and smoked eel; while subtle Asian influences can be seen in the likes of steamed turbot with roasted yeast tapioca, maitake mushrooms, soy marmalade, truffle sauce and Château Chalon.

Two dishes that really stood out for our Inspectors were the lobster cooked in kari gosse with peas, redcurrants and lobster head sabayon, and the milk-fed Lozère lamb saddle and shoulder cooked in kidney fat with asparagus, peas, morels, wild garlic and savoury jus gras.

Mickael likes to keep things moving forwards in the restaurant as well as in his cooking, with a kitchen refit having taken place in June 2019 and a room refurbishment planned for January 2020.

Our Inspectors are pleased to have seen Mickael’s cooking mature over the years and were delighted to award him Two Michelin Stars.