Following the launch of the first MICHELIN Guide Malta on 26th February 2020, we take a closer look at the country’s cuisine.

Malta
Malta sits in the centre of the Mediterranean Sea and has a unique identity and rich culture. It is characterised by limestone cliffs, rocky coastlines, red-tinged beaches and bustling marinas – and its year-round sun, beautiful landscapes and ease of accessibility make it a popular holiday destination.

The capital, Valletta – a world heritage site – is an elegant fortified city built by the Knights of St John, with many defences visible above ground but also hidden away below; a result of the islands’ desirable location. Also worth exploring is the mysterious ‘Silent City’ of Mdina – the former capital – as well as characterful fishing villages such as Marsaxlokk.

Cuisine
Malta’s cuisine is unique due to its geography and history of occupation, with the various foreign powers who ruled over the islands each bringing something different to the mix. Cooking is generally rustic with strong Italian and Sicilian influences – and some British, French, Spanish and North African flavours thrown in. Unsurprisingly, seafood takes the lead, with island ingredients like tomatoes, olives, aubergines and courgettes also playing a big role. Local prickly pears are also something of a feature.

Restaurants
There’s a wide choice when it comes to where to eat, with a good mix of city restaurants and those in beautiful natural spots or with sea-facing terraces. Many have a simple, rustic look and even in high end places, the atmosphere is laid-back and the dress code casual. Lunch is quieter and some restaurants open for dinner only. Most open at around 7pm. Even during peak season, reservations are not always essential.

Drinks
Old World Italian and French wines are popular but there are also some great and very affordable lesser-known local choices available which are definitely worth a try – many are of these local wines are white. The island is also well-known for its fruit liqueurs, which include the likes of pomegranate and pear. 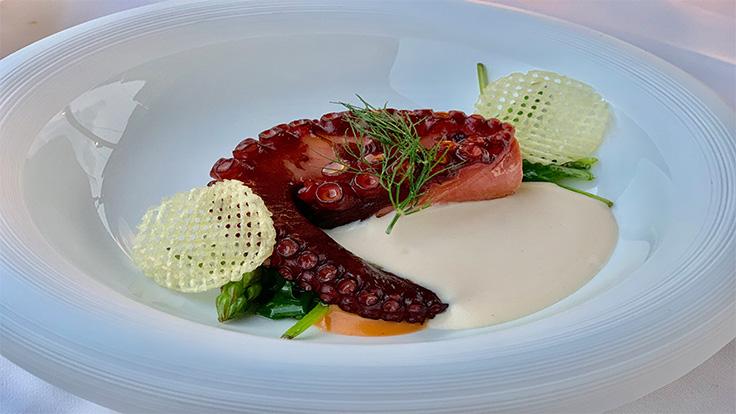 Menus
Most of the population speak English, so English menus are widely available. The majority offer a fairly extensive à la carte, with just a few serving tasting menus, and portions are generous. Here’s what you might expect to find on offer:

Although desserts aren’t a big focus in Malta, you’ll find the following sweet treats, especially during holidays and celebrations: