Diners at the recently-opened Superkhana International in Chicago’s Logan Square might be tempted to use the term “fusion” to describe the menu. Chefs and owners Yoshi Yamada and Zeeshan Shah hope they resist.

“The word ‘fusion’ feels like something forced together, like welded or placed in an unlikely position to something else,” says Yamada. “We feel like our food has come together in a much more organic way. Local ingredients, the techniques we’ve been exposed to over the years and a love of Indian cooking. It feels like a very natural evolution of us as cooks.”

The restaurant is the permanent manifestation of Bombay Breakdown, a popular pop-up Yamada and Shah started a few years ago. Yamada is Japanese-Italian and grew up in New York City. He’s cooked at Lula Cafe and one-MICHELIN-starred Blackbird in Chicago as well as one-MICHELIN-starred Babbo in New York, and won a life-changing Fulbright Scholarship to study street food cooking in Mumbai. Shah grew up in the Chicago suburbs, where he spent time in the kitchen with his aunts and cooked at Hopleaf and Old Town Social, and also started the Biscuit Man pop-up. He remembers his Indian father searching for ingredients to make traditional dishes, and substituting American foods when he couldn’t find them. 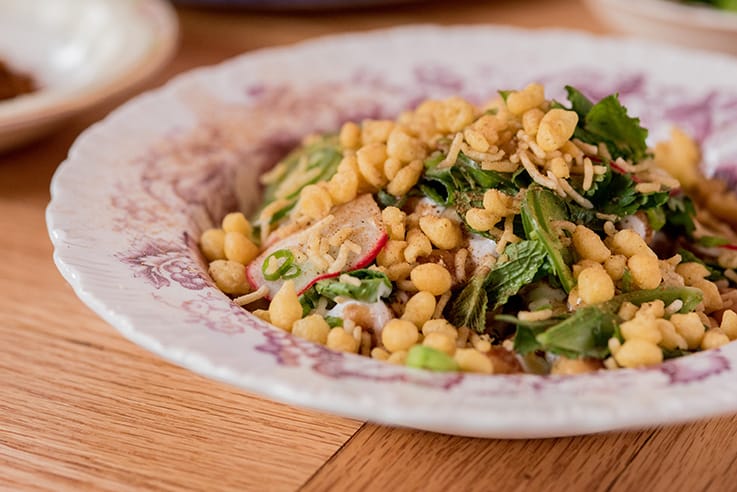 “It would turn into a new food that we always ate, like, dal with Ritz crackers,” Shah says. “It’s just what we had around.”

So while Superkhana International features primarily Indian-inspired dishes, there are Asian and American influences as well. Think a calzone stuffed with butter chicken, a chaat made with local heirloom tomatoes, a musk melon salad, a chili cheese naan, a Chinese broccoli dish with chana broth and chile and a rosewater-saffron ice cream sandwich with cardamom-encrusted pistachios. There are also “pizzas” made of a naan base with toppings like charred spinach and anardana, a ground pomegranate curry powder.

“The concept is that there is no concept,” says Yamada. “Sometimes things veer more Indian, sometimes less. The Indian cooking is very much a part of us and something that will likely remain, but it’s just about the way we think about food. It feels like a very organic approach with the end goal of making absolutely delicious food.”

Superkhana opened in July and the menu has already evolved a few times. Now that it’s getting cooler in Chicago, it will change again to include winter squashes, red curries and other seasonal ingredients.

Talking to Yamada and Shah, it’s clear they’re giddy about their new restaurant, and that joy extends to the dining room. The entire vibe is celebratory, from the colorful fabrics to the hum of diners seated side-by-side to the sparkling-focused drinks menu.

Sparkling wine goes well with Indian food, after all, and beverage director Colleen Malone took that idea and ran with it. “One of the themes is to have great food people love and have great wine people love and to not worry about it too much,” Yamada says. The menu includes sparkling wines from France and Italy, but also from Austria and Hungary. It’s unique, like the food menu. 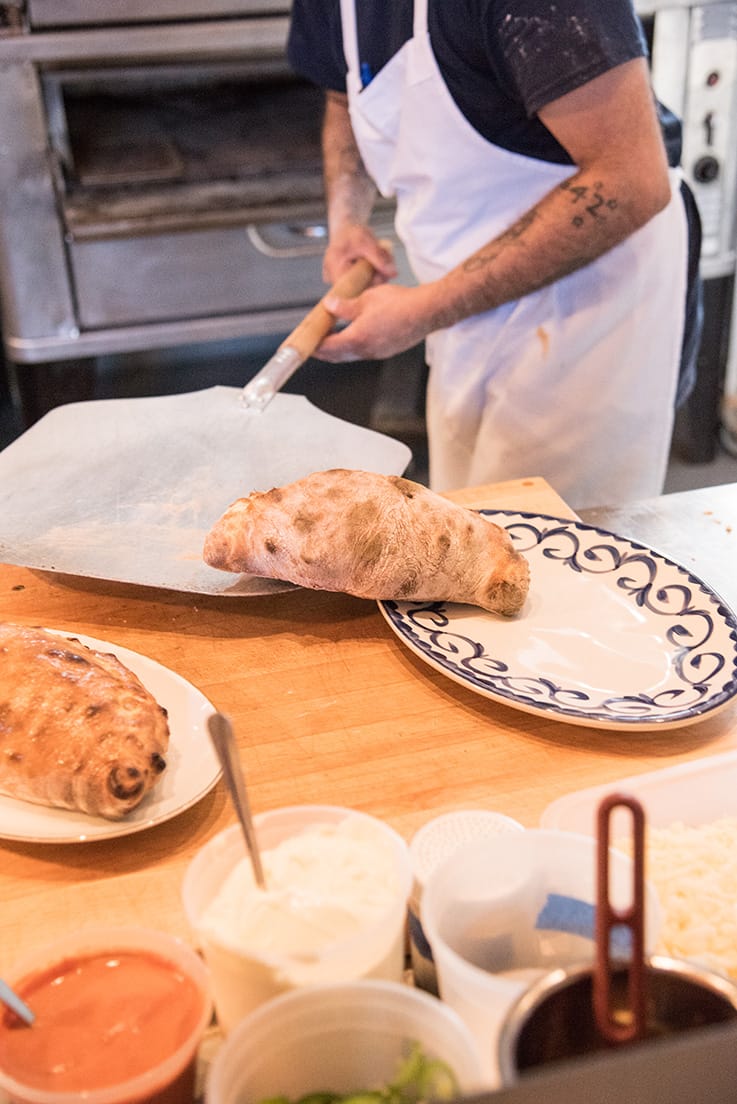 “Colleen did a great job of interpreting our vaguer impulses,” says Yamada. “We talked a lot about how we felt cocktail lists had grown unwieldy.” So, Malone created something much smaller. Superkhana’s cocktail list only has two drinks (and a few spiritfree options), but those two drinks were very well thought out. There’s a ghee bourbon and jaggery Old Fashioned and a gin and tonic with fresh greens and herbs. Of course, nothing at Superkhana is static, and this menu will change as well. A Manhattan with figs and black pepper is in the works, which Shah calls “so, so good.”

Superkhana International sits on one of the most popular drinking and dining strips in Chicago, near Fat Rice, Lula Cafe, Cellar Door Provisions and Lost Lake. Yamada lived in the area from 1998 to 2005 when he then left Chicago, and returned to the neighborhood when he moved back in 2014. Shah also lived there for about 12 years.

“The neighborhood always felt like a special place to me,” Yamada says. “When this space came along it felt right.”

One major benefit of the space is the outdoor courtyard, which adds to the lighthearted, airy vibe of the restaurant. Charlie Vinz, who also worked on Cellar Door Provisions and Parachute, designed the interiors, which include dyed fabrics, neon installations and a wall-sized canvas painting by Kaveri Raina.

Yamada and Shah say the restaurant wouldn’t exist in its current state without Jason Hammel, the owner of Lula Cafe and Marisol, who suggested tweaks on everything from functional to aesthetic elements.

“He really helped make sure everything was right, and that we were all on the same page,” Shah says.

The result is a place Yamada and Shah hope Chicagoans and visitors will enjoy as much as they do.

“We really love the restaurant,” Yamada says. “I’m really happy to go in there every day.”

Five new restaurants fall among the stars in this year’s guide.

Catching Up with Michael Muser

The co-owner of Chicago’s highly-anticipated restaurant opening gives us the latest intel.

Here's where to go in the booming neighborhood.