New Dishes to Try in NYC This Summer

Make the most of the sunshine and head to these eight restaurants for their seasonal fare.

Summer is here in full force and restaurant menus throughout the Big Apple are singing songs of the season.

We’ve rounded up some noteworthy new dishes at a few of our favorite spots in New York—here’s what you should nosh on this summer. 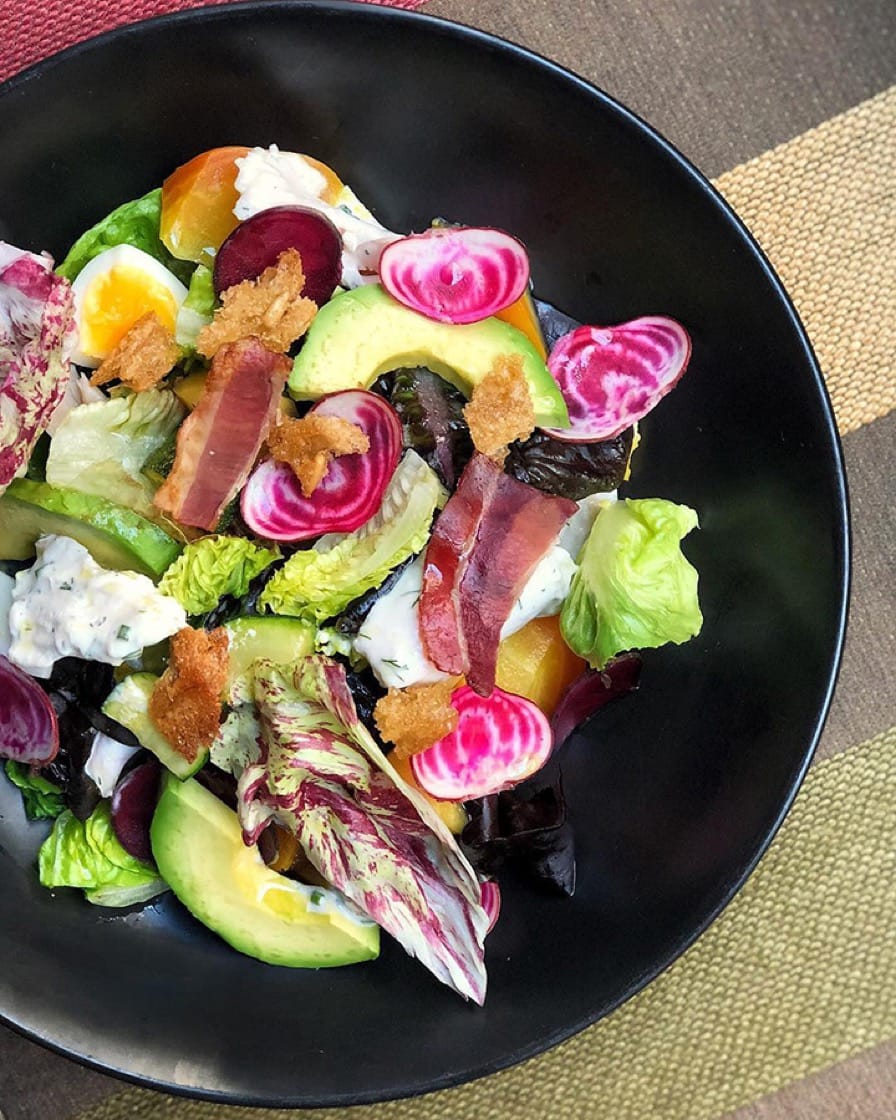 “It is one of those places that manage the rare trick of being so confident in its abilities that it can be all things to all people,” say Michelin inspectors of Danny Meyer’s beloved one-Michelin-starred restaurant on East 20th Street. Sugar snap peas with radish, chile and sesame and the chicken cobb with red and gold beets, crispy bacon, zucchini and avocado (pictured above) are new salad additions on the lunch menu.

Inspired by the cooking of Spain’s Costa Brava region, this tapas spot located a stone’s throw from Union Square earned its first Michelin star in 2009 and has retained it every year since. New on the menu this summer are soft shell crabs with green gazpacho, as well as pork croquetas with corn chowder and succotash.

Chef/owner Greg Baxtrom is bringing some favorites back to his Bib Gourmand designée in Park Slope, Brooklyn. Be on the lookout for dry-rubbed scallops with grilled corn, chanterelles and blueberries; heirloom tomato schnitzel (pictured above); and Baxtrom’s take on lobster thermidor—lobster crackers served with a generous helping of Gruyère cheese dip.

At Amanda Cohen’s Dirt Candy in the Lower East Side, the vegetable-forward menu features much of summer’s great bounty. Look for items like zucchini takoyaki, tomato cake with smoked feta and portobello mousse with sautéed Asian pears, cherries and truffle toast on the menu. 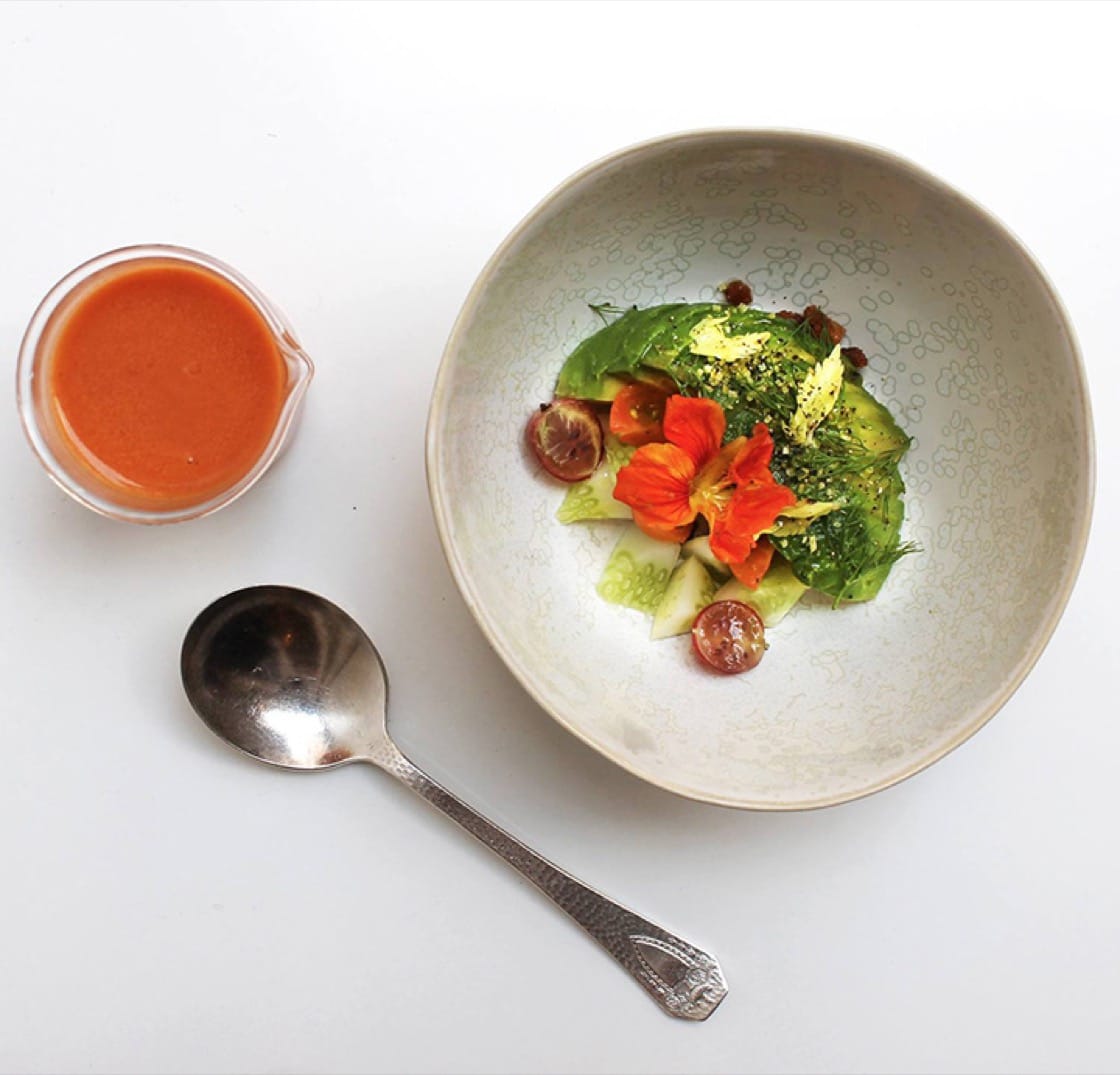 “His first vegetarian restaurant may have been long in the planning but its confidence is writ large: this isn't about vegetables impersonating protein—it’s about giving them star billing in their own right,” say Michelin inspectors of Jean-Georges Vongerichten’s second ABC offshoot. Summer tomatoes are highlighted on the menu via a chilled beefsteak tomato soup with dill and avocado (pictured above), as well as campanelle tossed with sungold tomatoes, garlic scapes, baby squash, Sicilian pistachios, citrus and herbs.

At two-Michelin-starred Aquavit in Midtown, “The kitchen does many things well, but what makes it one of the more unique in the city is the chef’s ability to take bold Scandinavian flavors like dill, lingonberry, smoke or brine, and soften them into balanced, whimsical and elegant dishes,” state our anonymous inspectors. Now on executive chef Emma Bengtsson’s tasting menu is Norwegian King crab with kholrabi and chamomile (pictured above) and a dish featuring scallop and green strawberry, while halibut with pickled nectarine, anise hyssop, toasted almonds and orange vinaigrette is offered on the seasonal tasting menu.

Chef Andrew Carmellini’s American eatery has been a major hit since its inception, offering up comfort fare to the hordes of SoHo. Take a break from the summer sunshine and start your meal with an appetizer of American burrata, fried green tomatoes and hot pepper jam before moving onto handmade taglierini, cherry tomatoes, zucchini flowers and Pecorino and finish up your night with silky panna cotta with blueberry, yuzu and cornmeal shortbread for dessert.