Virgilio Martínez, of Central Restaurante that opened in 2008 in Lima, admits he feels out of place in the modern world—sometimes.

“When I go to the mountains and to the Amazon, I speak to people, I get to understand a little bit how people used to live thousands of years ago," says the Peruvian chef, who is considered a star on the gastronomy scene, especially in South America. "And for me, those stories, they have lots of value and they are very meaningful. Probably that’s why I love to cook. So thinking of these, you know, if we have all the wisdom there and if I get all the energy there, why am I not living there? Why do I have to go back all the time to the kitchen and continue doing my job in the kitchen?” 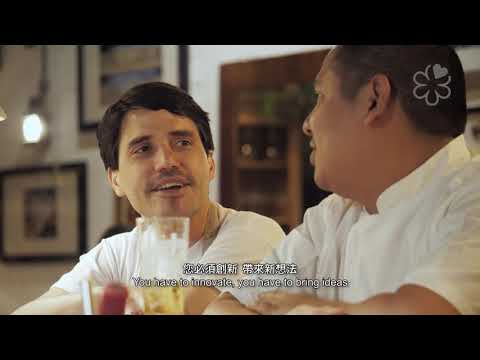 Besides this flagship restaurant in Peru, Martínez has modern Peruvian restaurant Lima in London, which was recognized with a MICHELIN star in the 2014 MICHELIN Guide Great Britain & Ireland. In July 2014, he opened a second Lima concept, Lima Floral, in London's Covent Garden district. Last August, Martínez made his first foray into Asia with ICHU Peru, opening in Hong Kong’s Central district. Besides restaurants, Martínez also formed Mater Iniciativa, a research center with several researchers tasked with documenting Peru’s bountiful produce and experimenting with nature’s gifts to discover culinary uses.

“I need that energy—I need the energy of the people, nature—to bring to a very complex kitchen, which is the kitchen of Central,” says Martínez, who runs his restaurants with his wife, Pía León. 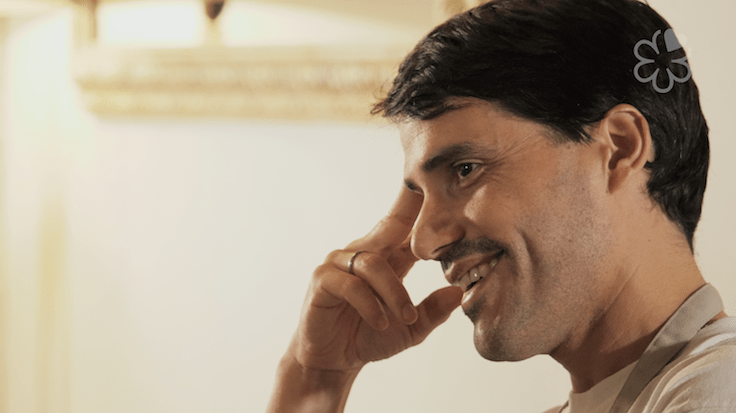 He relies on the great outdoors to work through any issues in addition to gathering wisdom from the folks living there. The experience also recharges him. “More than two weeks without being in the Amazon for me is quite disturbing,” he laughs.

Besides “collecting” wisdom, he has been known to gather samples of indigenous plants, root vegetables and seaweeds. He then uses these items in his menu to tell a story about the nature he has experienced. “I think my cooking is trying to translate something," he adds. "I used to enjoy when people say, ‘I had a fantastic day in your restaurant.’ Now, I enjoy when people say, ‘Now you just make me think a lot about what’s going on in the world, like I need to understand more about what’s going on.'”

At Central, the menu of close to 20 courses invites you to explore Red Rocks, then onwards to Jungle Highlands, Ocean Floor, Coastal Foothills, High Valley and Andean Slopes. It allows you to sample everything from oca, cactus, yacón and yuca root to exotic ingredients like huarango, ungurahui, cushuro, dale dale, tumbo and chilca. 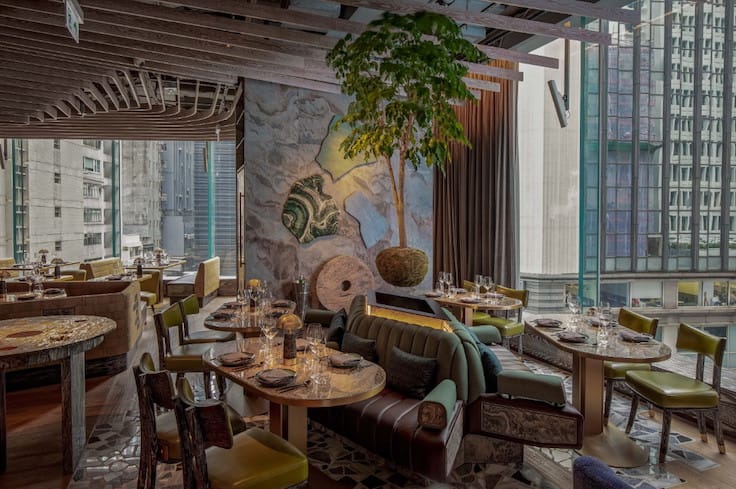 Martínez, 41, who did not grow up in nature or in the kitchen, was born in the Peru's capital city of Lima. At that time, the economic and political situation was very uncertain and people were leaving Peru. “It was difficult to go out like we do now," he recalls. "It was just impossible, so I think, for my generation, we always have this idea of being all the time at home.”

And being at home, sharing food with the family around the table, is the foundation for his understanding of the meaning of food. But his eyes opened when he began to travel and see for himself how food and life intertwined with different cultures all over the world. “I started to go to different places in Peru and America, and started to understand their culture and the way the people are connected to the food, to nature. And this relationship with Mother Earth, with the soil—this is just pure magic and very mystic, very true, very authentic.”

His mood noticeably lifts when he recounts the time he spends in nature and he compares the life he observes to art, adding: “You don’t have to go to the museum to see art, because you got them already in nature.”

He goes on to talk about the resourcefulness of the people: “In the Amazon, there were tough times and people were using the whole ingredient, like the oca. We utilize the whole plant—the roots, stems, leaves and the flowers. There was not this idea of wasting, there was no idea of packaging. Now we are full of plastics and packaging and people’s waste.”

As part of the new generation of Peruvian chefs promoting the spread of his country’s cuisine, he is making a connection between nature and the dining table. “That’s why I think gastronomy is so powerful—this table has a lot of impact," he says. "And we, as cooks, we are starting to understand this. Because before, we didn’t understand that.”

Not that long ago, he admits, he was focused on “just making a nice dish or creating a nice plate.” But he began to look for meaning and that translated into the act of holding himself responsible for what he is putting on the plate. “It’s not about doing your recipes, being creative and seeing yourself as ‘I created this.’ It’s not about creation, it’s not the time of creation,” he says with great passion. “We have to create more empathy in our dishes. We have a restaurant that has an audience. We do have the opportunity as a role model to probably change a little bit of things or change a lot of things, and provide help to many other communities.” 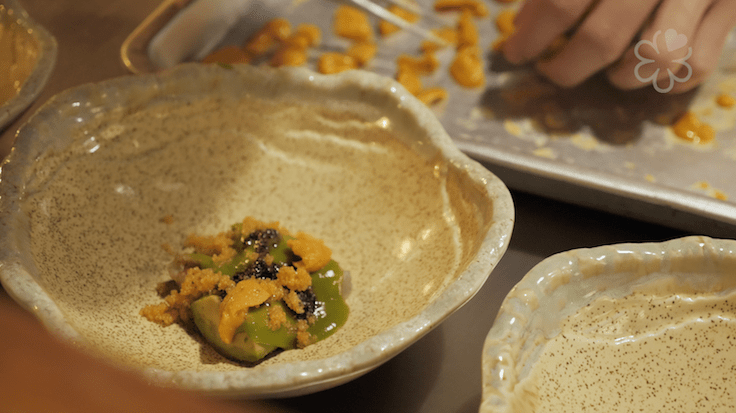 On his ventures into nature, he counts on the help of zoologists and linguists to help him understand his explorations, and he admits he prefers talking to them or farmers more than speaking to other chefs. When he is feeling stuck in the city, these are the people who rescue him and help him to return to himself.

“I leave Lima, I leave the city and I go to the mountains, I go to the Amazon, that’s what I do. I feel privileged that now I have the opportunity, I can leave. Of course, I have to be in my kitchen, we have to be there but I mean, like, you don’t have to be there every single day. It could be very painful.”

Nature is one of the best places, if not the best place to get inspiration and to get real wisdom, and wisdom, as he says, would be “things that have happened for thousands of years without being changed, and that’s very powerful.” 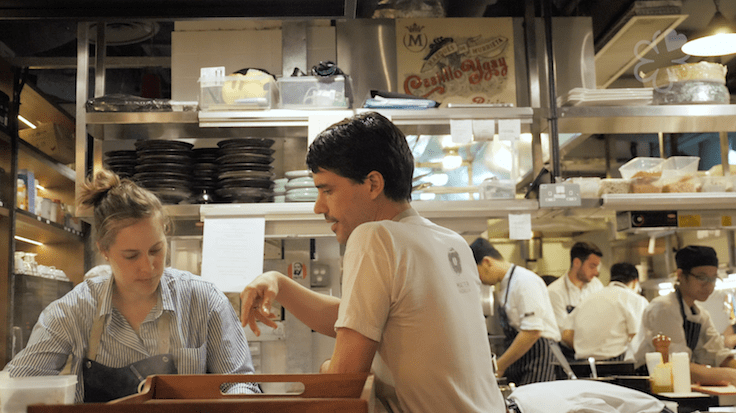 Martínez runs his restaurants with his wife, Pía León (left).

The 10 years he has invested in Central has been enriching and fulfilling—but not every day is easy.

“We had like problems in the kitchen, problems in the neighborhood, problems with the ingredients, with farmers and I would say, of course, personal issues and even tough times with my wife in the kitchen. But every single day, I have to say it’s better than the [previous] one and that’s what we will have to do.” And what spurs him onwards is meaning and the notion of creating impact and changing times for the better.

If it were 10 years ago, Martínez would have chided himself for being pretentious in championing change—but not now. “We have to believe in that and we want to do it. You certainly understand that you have different purposes at different times in life.”