“We serve inventive Indian food because all these dishes on the menu are invented in my kitchen,” says Manish Mehrotra, corporate chef of Indian Accent, which has locations in New Delhi, New York City and London. “There are a lot of traditional things which we serve in a slightly modern way so that people from all walks of life, all cultures, can easily relate and be comfortable.”

“We have some great desserts on our menu but my favorite dessert is makhan malai,” affirms Mehrotra. “In Delhi, people of olden times used to put full-fat milk in the dew. They allowed the dew inside the milk, and before sunrise, they used to churn it and collect the foam. That was called makhan malai. One hundred fifty years back, we were quite good with the science and molecular gastronomy and all these things. there’s a mystery behind it, there’s a science behind it, and that’s why it’s very near to my heart.“ 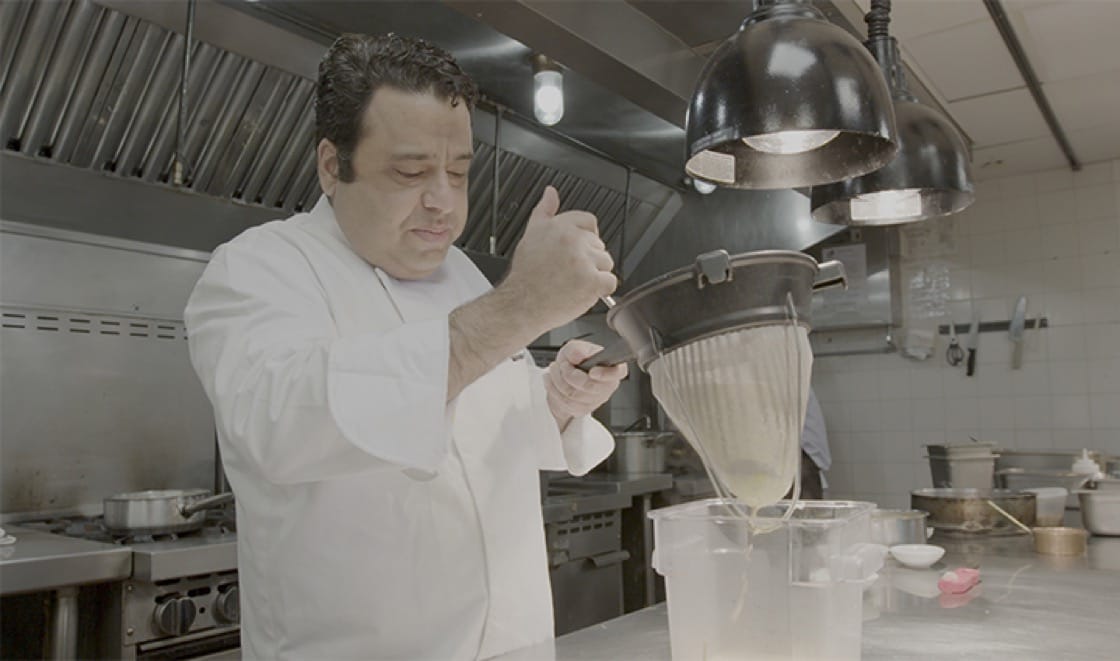 On his menu, Mehrotra lightens their version with milk flavored with saffron, rose petals, sugar, almonds and apple blossom for an added tartness.

“When you put it in your mouth, it disappears,” he says. “Then you feel, oh my god—it’s so light, and it’s not too sweet! Usually Indian desserts are really, really sweet.“ 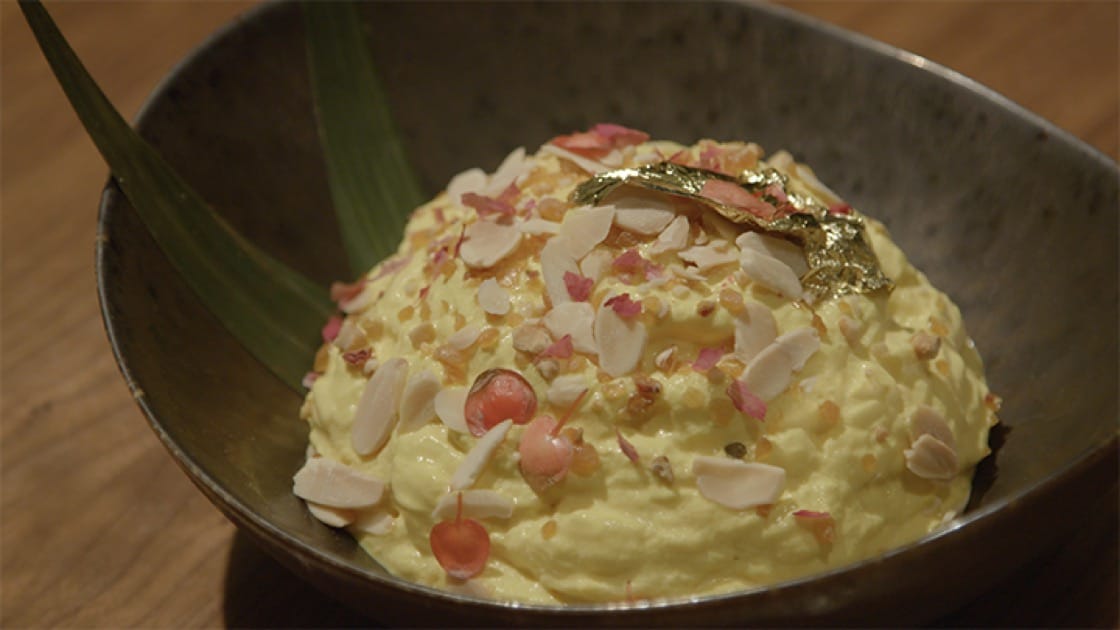 Mehrotra isn’t here to educate; he’s well aware that every diner knows what they want to eat and what they don’t want to eat. He’s here to enlighten.

“Two years back nobody knew there was something like makhan malai that existed in India,” he says. “But now, people know a little more about India with this dish.” 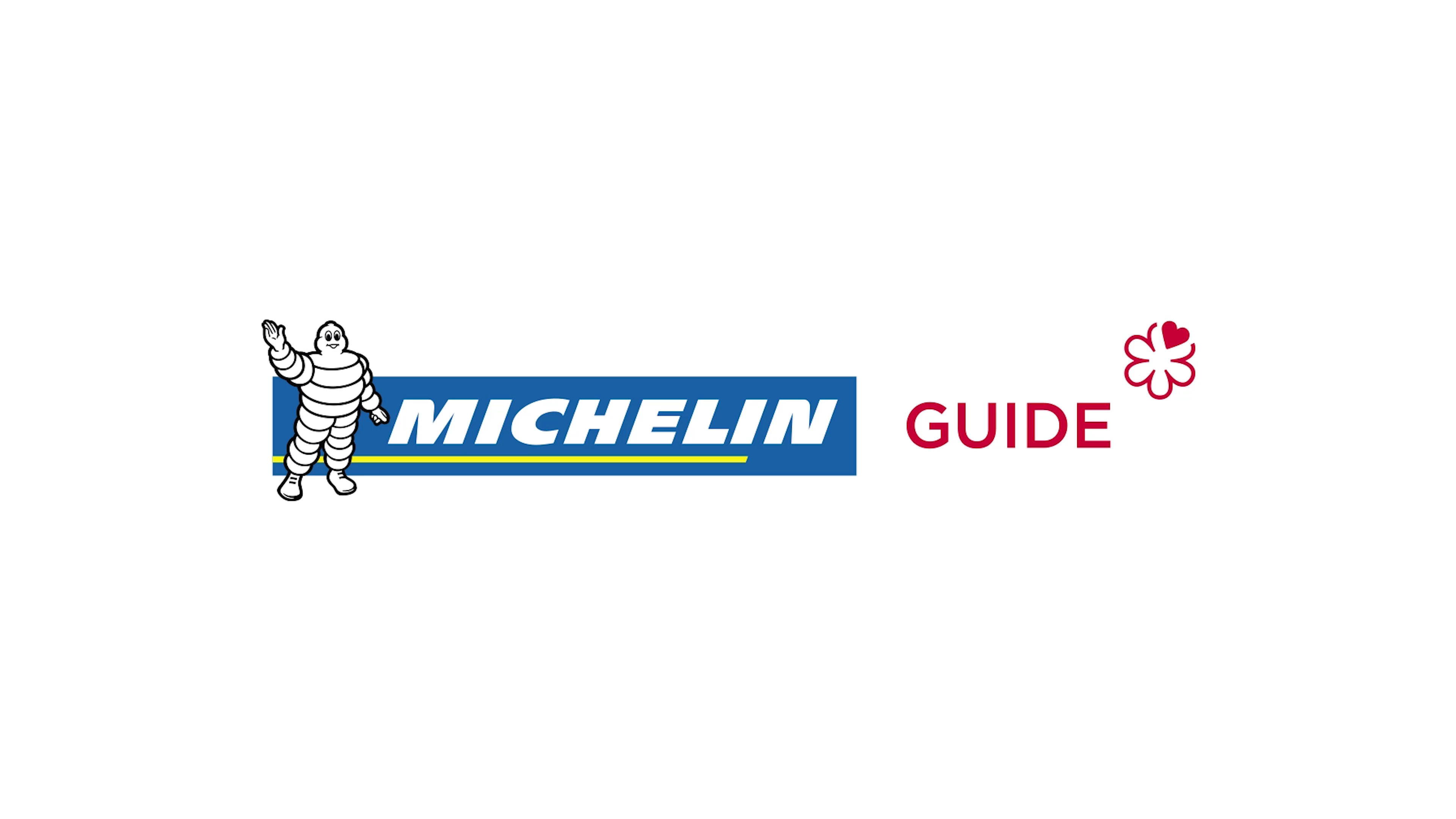