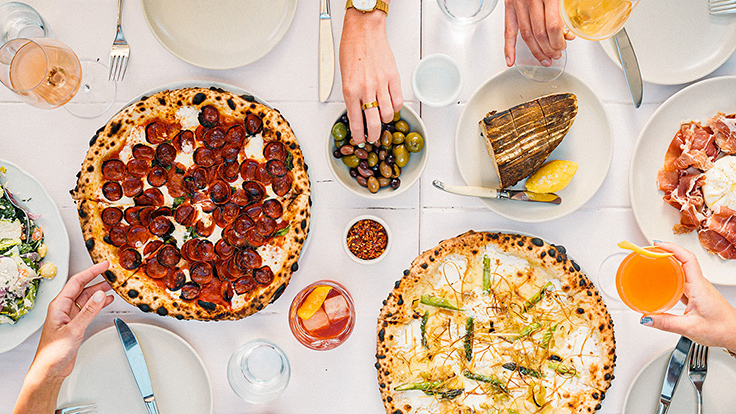 The carte is unusual, unveiling fried sardines with Meyer lemon aioli or white bean soup with chickpeas in a prosciutto broth. Taking the cake however are pizzas, like the "Pesto" shimmering with fromage blanc, Crescenza, and caciocavallo, or "Sardenaira" with tomato sauce, anchovies, and olives

After making a match at NYC’s Roberta’s, Brendan Smith and Rachel Greenspan took their pizza-powered love affair to the west coast, leaving bohemian Brooklyn for a gleaming perch in the Montecito Country Mart.

The Santa Barbara Public Market is full of alluring eateries, but after your first taste of this charming taco stand, you’ll want to pledge your heart. Chef/owner Ramon Velazquez mastered the craft of handmade tortillas and zesty salsas

Servers know the menu by heart, so follow their lead and start with tapas like crusty pan con tomate, before digging into hearty chorizo y pollo paella. An homage to the El Bullí olive is a contemporary signature, while carpaccio garnished with pickled mustard seeds and aged sherry vinegar is forever popular. 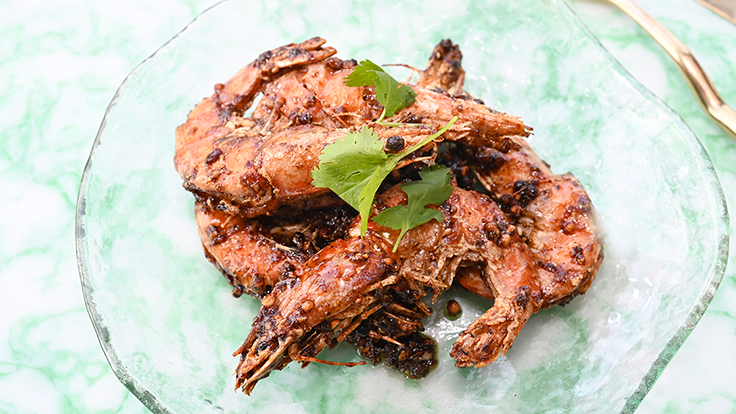 The name is Japanese for "volcano" and conveniently this soba-focused spot blows the lid off its competitors. The menu offers many a choice, including a vegetarian option, but the #7 (lamb in lava) is a clear winner.

It's clear that hospitality runs through the veins of chef/owner Natalia Pereira, who originally hails from Brazil. The cozy dining room is lined with framed photographs and wine bottles; and the chef's careful and skilled hand is also evident in her food, which tastes of pure passion.

Nestled into a breezy locale just a few blocks from the Pacific, this modern trattoria packs a big culinary punch, thanks largely to the considerable talents of Chef Stefano De Lorenzo.

Just a block from the bustle of the Santa Monica Promenade, Tumbi feels worlds away, offering inventive Indian cooking in an industrial-chic setting.

This spot's Shanghainese focus makes it a valuable addition to the San Gabriel Valley. Sweet vinegars and fresh seafood figure prominently, most apparent in plates like an irresistible platter of tilapia fried in a tempura-like batter flavored with seaweed.

Chifa is the term for Peruvian-Cantonese Chinese fusion. The succinct menu pulls from family recipes and childhood memories to pack in flavor at every twist and turn.

This modest counter-service operation has been serving hefty burritos from East LA for many years now. What’s their secret? Flour tortillas are made in-house every day in full view of the dining room and boast a kind of richness and chew that others don’t.

This casual taqueria with serious focus and creative style arrives courtesy of the talented Chef Alex Carrasco (of Scratch Bar and Osteria Mozza fame). Tacos, ceviche and tostadas reign supreme on the menu, which draws culinary inspiration from the chef's childhood in Mexico City.

It’s hard to order poorly at this delightful retreat. The menu is concise, with half of the items dedicated to the eponymous specialty. 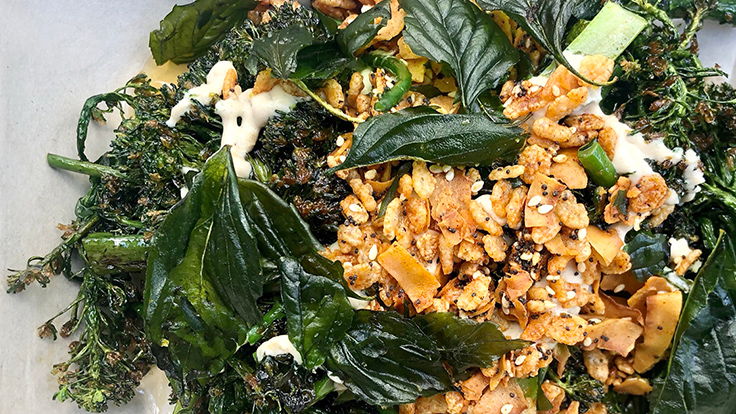 This casual eatery excels in the delicate art of soup dumplings, which arrive with supple skins and spoonfuls of delicious broth far clearer and more distilled than most.

This popular Filipino restaurant began as a pop-up. The menu is loaded with keepers, but keep your options open for tantalizing specials, like sweet and sour sinigang with pork, eggplant and daikon or Janice’s Ribs.

Arrive early to this local sensation from Matt Horn as there is bound to be a wait. It's well worth your time though, as the chef's "West Coast Barbecue" complete with inspiration is nothing less than rich, delicious, and decadent.

The two brothers behind this operation, which started as a wildly popular food truck, present delicacies like huaraches and quesadilla de huitlacoche that rarely appear on other menus in town. Here, quesadillas are made from house-made tortillas, so try the one filled with squash blossom, queso fresco and tomatillo salsa.

The menu here is concise and well-edited, but there are some winning dishes. Start things off right with the salumi and cheese extravaganza before moving on to carpaccio, burrata, or tonno crudo.

Housed within a charming outdoor marketplace is a kitchen brimming with ideas. To wit—beef tartare is ground to order and served on hash browns; while broccoli is grilled, then showered with puffed rice, Thai basil, and maple tahini.

Extensive travel throughout Thailand has informed and inspired this team to bring a taste of Chiang Mai to Sebastopol. This is food that is spiced and seasoned with little hesitation and fresh and electric at the same time.

The affordable wine list is a veritable call to adventure, highlighting organic and biodynamic favorites from California and beyond. It wouldn’t be so unreasonable to eat here either. From soft-boiled eggs finished with a savory XO sauce to duck breast tortillas served with house-made hoisin that is best in class. 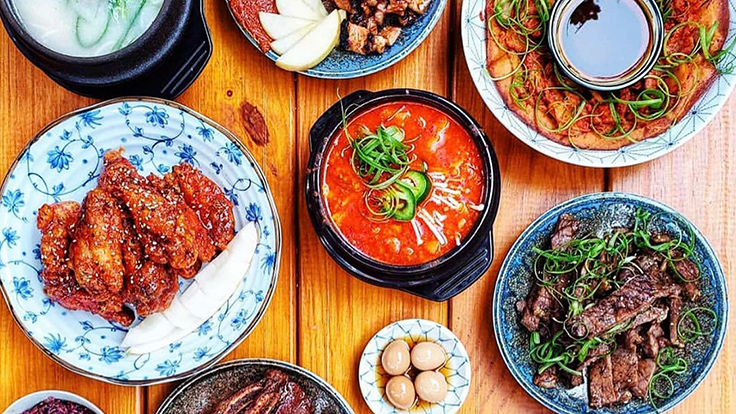 It is definitely all in the name at this vivacious and cheery spot where dumplings are the star of the show. Watch them being made in the open kitchen, then consult the chalkboard for featured menu items.

From husband-and-wife team Bill and Sarah Niles. Tuck into appealing bites like fig toast with a drizzle of olive oil and salt; or delicately fried yellow squash and green tomatoes over toasted pumpkin seeds and basil aïoli.

Belinda Leong and Michel Suas have long been recognized as Bay Area pastry royalty, so naturally this foray into sit-down dining is a treat. To sweeten the pot even further, they tapped JP Carmona, formerly chef de cuisine at Manresa, to lead the kitchen.

On the quaint island of Alameda comes this causal concept from restaurateurs, Mike Yakura and Danny Sterling. Billing itself as a Californian rotisserie, the menu is also strewn with Hawaiian and Japanese accents.

The menu is scrawled in chalk, and while it's simple—tacos and tostadas—it changes often. Meat, such as the braised pork shoulder topped with an avo-tomatillo salsa and chicharrónes, is a staple; but clever vegan versions, like the charred broccoli with soy-cashew cheese, give animal proteins a run for their money.

This Oakland institution is widely hailed as the temple of tacos. Meat is given the starring role here, and offal, including tripe and cabeza, are of special note.

Under the ownership of Hog Island Oyster Co., the restaurant offers a casual but seriously delicious foray into ace seafood that's been caught or harvested in local waters.

Husband-and-wife co-owners Matthew Beavers and DanVy Vu opted to honor this fixture’s former life as a family-owned hat shop by keeping the name. Chef Vu leads the kitchen, and her skillful contemporary combination of Vietnamese and Californian flavors is tantalizing.

The menu is peppered with Korean classics and served family-style; and it's as small and inviting as it gets. Transcendent kimchi jjigae arrives bubbling hot with soft tofu, tender pork belly, tangy cabbage and a heady broth.

The kitchen doesn't take itself too seriously and manages to infuse a bit of fun into its repertoire of serious food. There's something for everyone on this wide-reaching carte, especially if you're a lover of fish, which is sustainably harvested. 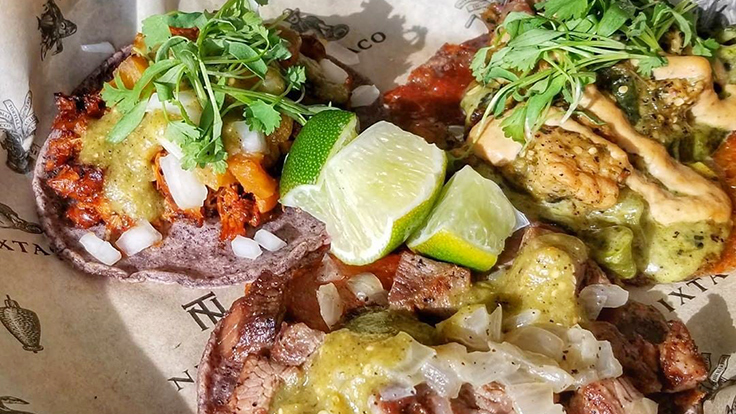 This unassuming taqueria, tucked into a strip mall in Roseville, is a sweet little spot that packs big flavor punch. The salsa bar alone—featuring five outstanding varieties, including a smoky peanut chipotle and tangy salsa verde—is reason enough to warrant a visit.

This Cantonese restaurant is a hidden treasure.The dim sum selection features the standard array of steamed, baked and fried delights; however, diners are bound to also run across a range of more interesting items.

The cuisine takes advantage of the best ingredients SoCal has to offer in highly shareable dishes featuring the bold, sunny flavors of the Mediterranean. Vegetables and seafood steal the show, with spice as a key supporting character.

Most of the menu is mix-and-match, with a selection of pasta shapes and sauces that can be paired to your liking (though the friendly servers may nudge you away from a bad combo). Those on a quest for indulgence should look no further than the truffled gnocchi with a cream sauce, served in its own copper pot.

The team behind these stoves swimmingly brings the vibrant smoke- and spice-focused cuisine of the Yucatán Peninsula to life.

Set in a converted home in the heart of Barrio Logan, this adorable osteria is a true family operation—Francesca Penoncelli, who hails from Turin, leads the kitchen, along with her husband Mario Casineri, a Milan native.

The room is packed with an unmistakable hum of happy diners diving into delicious pub grub. The comprehensive menu has it all and you'll want to order the Guinness brown bread which is an absolute delight, especially paired with plump P.E.I. mussels bathed in a thyme butter.

Punctuality is of the essence as everyone is here, early and eager, for Chef/owner Daniel Castillo's food. His creations draw inspiration from central Texas, so when that sweet scent of California white oak gets going, find yourself transported on a riotous journey, starting with slices of glistening brisket.

Originally from Pakistan, Chef Imran Ali Mookhi displays a certain deftness with spices, flavors, and in his handling of red meat at this South Asian gem.

It's strictly breakfast and brunch only at this spot in San Diego's Little Italy, which isn't however just for the bright-eyed and bushy-tailed. It's all about familiar-seeming favorites and of-the-moment meals—hello, avocado toast and shakshuka.

Set just minutes from the Pacific Coast Highway, this Italian gem makes a delightful sight. Chef Erik De Marchi's menu has something for everyone. He takes a range of familiar dishes and enhances them with an authentic flair.

If you are no stranger to the slurp, then Pho 79 is likely already on your circuit. After all, this place is an institution. Opened in the early 80s, it's widely considered to ladle some of the best and most praiseworthy pho in southern California. 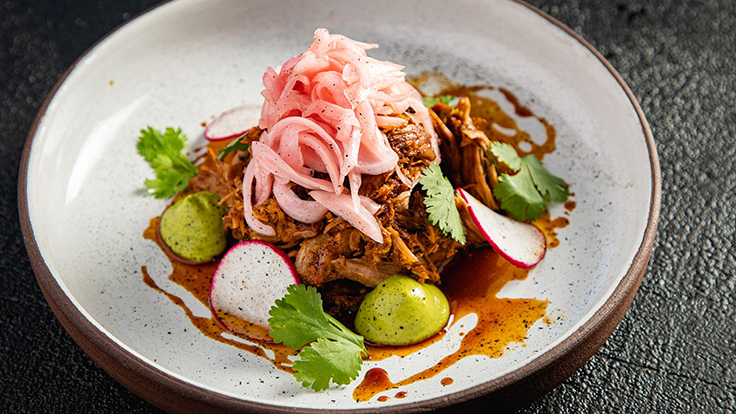 Presented in partnership with San Pellegrino