It is undeniable that Japan is one of Asia’s gastronomic hotspots, with a cuisine so reflective of its ethereal culture. From delicate sweets to hearty donburi bowls, Japan’s edible delights are rooted in years of tradition and are celebrated the world over.

With eating indoors being the new norm, get creative in your home kitchen with these recipes that are either from, or inspired by, the Land of the Rising Sun. Do give one or more of these dishes a go and add them to your culinary repertoire. Itadakimasu! 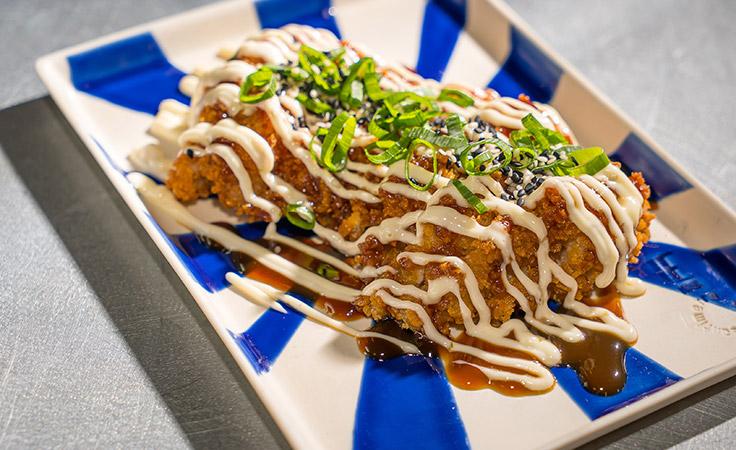 Traditionally seasoned in a ginger-soy mixture, nuggets of tender chicken are battered and deep-fried to a shattering, golden crisp. Deep-fried food was, apparently, a Japanese food trend in the early 19th century, paving the way for tempura restaurants to open all over Japan.

This recipe for Fried Chicken Karaage by Greg Braxtom of Bib Gourmand establishment Maison Yaki in Brooklyn, New York, is served with a luscious yuzu mayo and tonkatsu sauce.

Get the recipe here: https://guide.michelin.com/sg/en/article/dining-in/fried-chicken-karaage-recipe-maison-yaki 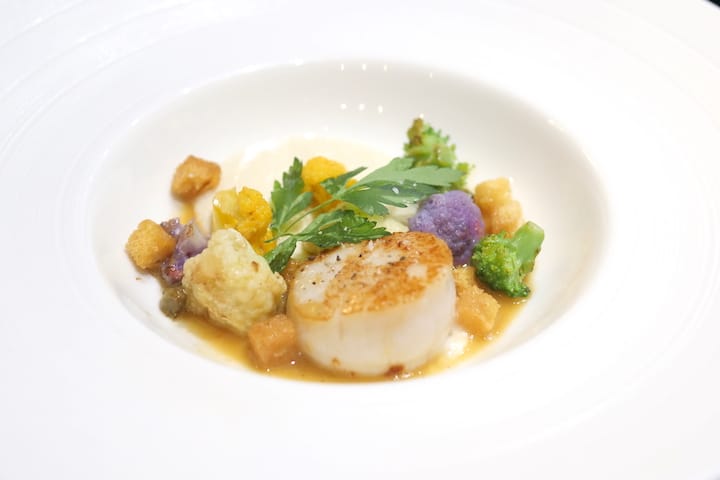 Apart from Japan’s quintessential cuisine, its locally-sourced ingredients are also a sight to behold. The star of this dish are scallops from Hokkaido, known for their firmness, size, and unparalleled depth of sweetness and umami.

In this recipe, executive sous chef Philippe Duc of Ash & Elm at InterContinental Singapore prepares the Hokkaido scallop with a delicate hand and pairs the fleshy medallion with a bouquet of cauliflower dressed in a sublime sauce.

Get the recipe here: https://guide.michelin.com/sg/en/article/dining-in/recipe-pan-seared-hokkaido-scallops-with-colourful-cauliflowers 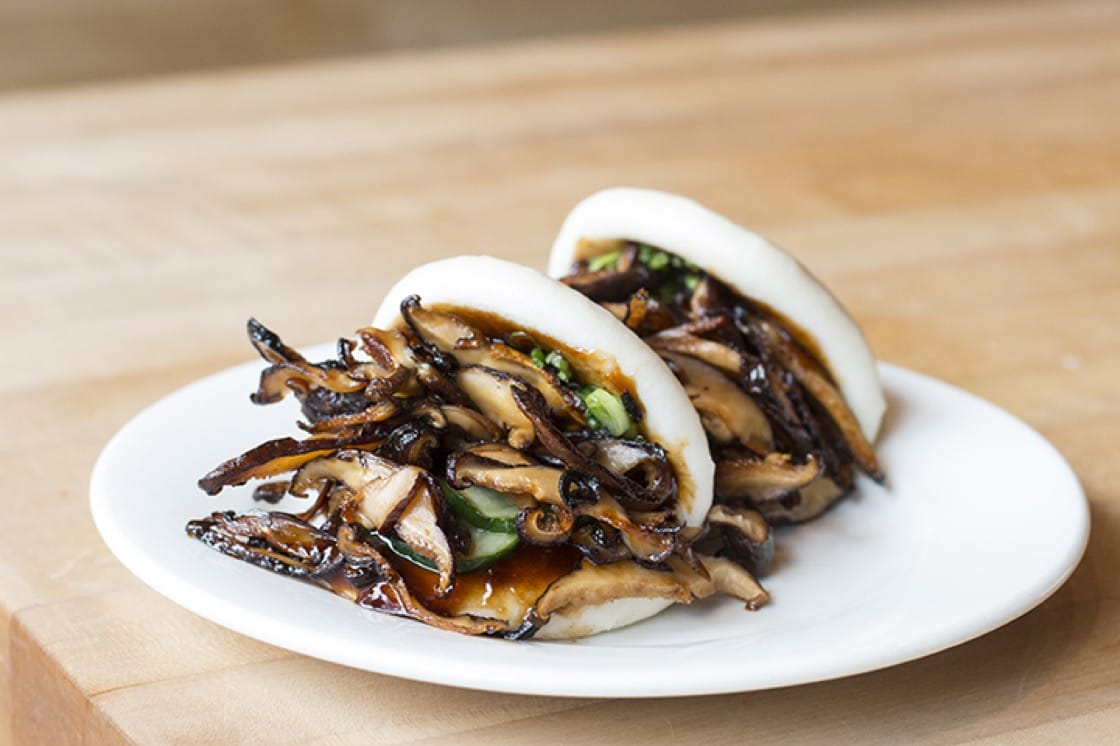 Tare, which is a general term for "sauce" in Japanese cuisine, is a common sidekick of various dishes such as yakitori, yakiniku, and even ramen. With base ingredients including soy sauce, mirin, and oyster sauce, tare can easily be prepared with a number of variations to enjoy.

Get the recipe here: https://guide.michelin.com/sg/en/article/dining-in/shiitake_buns_recipe_momofuku_noodle_bar 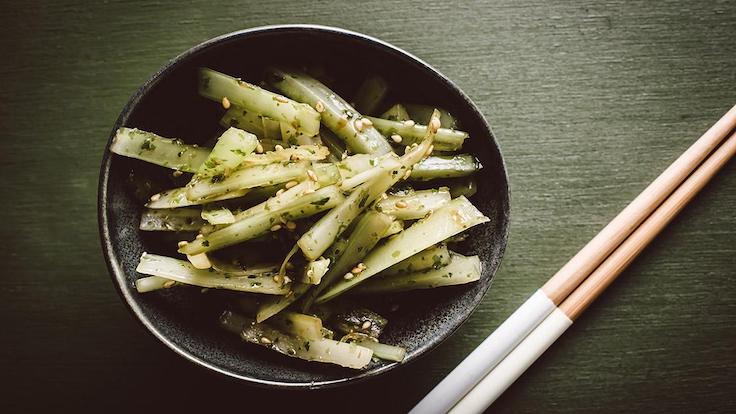 An essential ingredient in every Japanese pantry, kombu is an edible kelp that comes packed with deep layers of umami. Used as a base for most broths, stocks, and soups, kombu in this recipe is used to marinate celery, carrots, and radishes. A confetti of sesame seeds, furikake, and aonori (ground nori) amps up the umami volumes in this delightful vegetarian snack by Paul Virant of MICHELIN-recommended Gaijin in Chicago.

Get the recipe here: https://guide.michelin.com/us/en/article/dining-in/kombu-vegetables-recipe-paul-virant 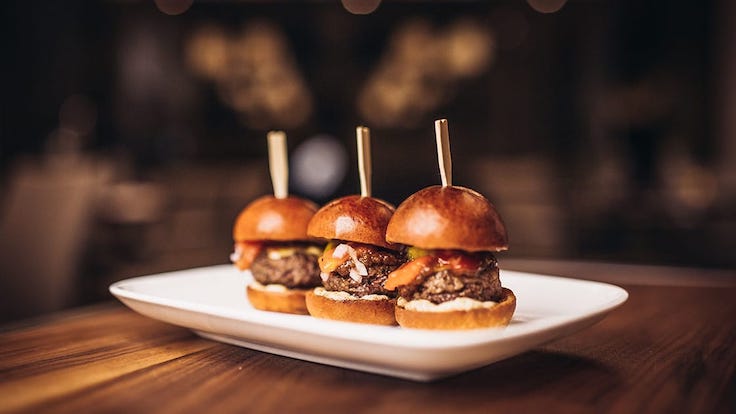 Widely known as one of the most expensive beef in the world, Kobe Beef is a particular variety of Wagyu called Tajima-gyu. The cattle are raised with the goal of fattening them for a prolonged period, and they are fed with a lush diet that even includes sake or beer. The result of this strict and superior breeding method is beef with an unparalleled level of marbling with a creamy, buttery flavour. Its decadence is incomparable, making it a masterpiece of a meat.

At one-MICHELIN-starred restaurant CUT in Marina Bay Sands, Wolfgang Puck serves these mini cheeseburgers using mouthwatering Kobe beef and a zesty remoulade. The use of the famed Japanese beef paired with a rustic sauce is bliss on the palate.

Get the recipe here: https://guide.michelin.com/sg/en/article/dining-in/kobe-burger-recipe-remoulade-wolfgang-puck-sg 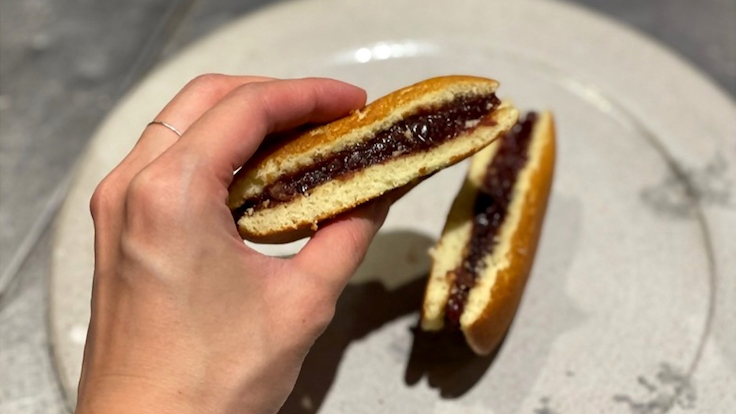 With its name alluding to the Japanese word for “gong”, dorayaki is one of the most popular wagashi (Japanese confectionery) around. There is a number of playful takes on the beloved Japanese snack, in which the traditional pancake batter is flavoured with honey, mirin, and sometimes, even with a touch of soy sauce. Red bean paste is the classic filling, but other variations using chestnut cream, white bean paste, and even chocolate are now widely available.

Celia Lee of MICHELIN-recommended Mifune in Midtown East, Manhattan shares her recipe for the nostalgic Japanese pancake sandwich filled with red bean paste. “These little delights have a delicious subtle flavour without an overbearing sweetness, which makes it hard to eat only one,” she shares.

Get the recipe here: https://guide.michelin.com/us/en/article/dining-in/recipe-mifune-dorayaki

Ask The Expert: How To Enjoy Japanese Yakiniku To The Fullest

How can barbecue lovers get the most out of their yakiniku experience?