About the MICHELIN Guide Taipei & Taichung

With over a century of history as the world’s reference in restaurant guides as well as one of the most recognisable international brands, the MICHELIN Guide and its digital platforms cover everything that constitutes food, dining and travel.
Our restaurant ratings and editorial content brings together visitors from industry leaders, fine-dining lovers and food enthusiasts to travel buffs, local experts and chefs from all over the world. 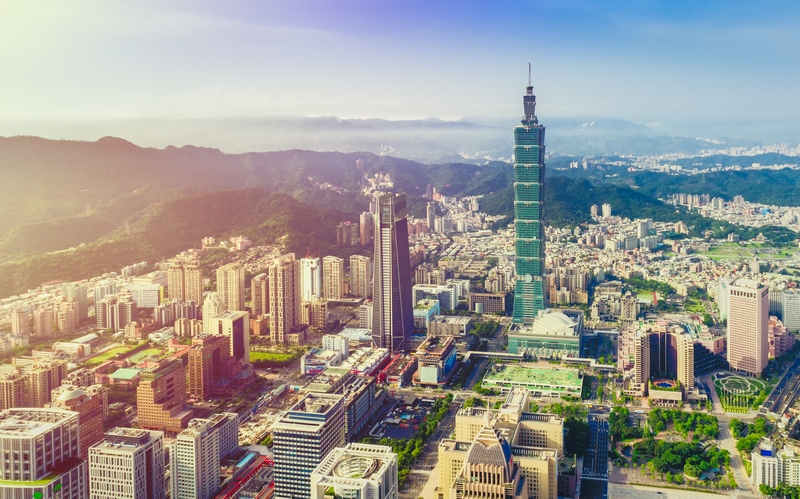 About the MICHELIN Guide Taipei & Taichung

Taipei and Taichung, along with Singapore, Shanghai, Bangkok, Seoul and Tokyo, have long been referred to as major dining destinations in Asia.

The vibrant territory offers a wide array of delicious offerings that run the gamut from casual street food, open-air teahouses to fine-dining creations by renowned local and foreign celebrity chefs.

With the support of the Taiwan Tourism Bureau, the MICHELIN Guide Taipei & Taichung aims to showcase the best of the island’s food offerings via three interconnected channels:

The MICHELIN Guide has a network of websites and audiences internationally and advertising opportunities are open on our network of sites in various formats both locally and globally.

The MICHELIN Inspectors and Inspection Process

Who are the Michelin Guide's restaurant inspectors and how do they go about doing their jobs?

Envied by many for having quite possibly the best job in the world, the Michelin Guide’s stable of inspectors are all full-time employees of the Michelin Group who dine out regularly to put forth the best consumer recommendations for hotels and restaurant experiences.

Most of the them have studied in the best hospitality schools in the world, are widely travelled and have lived and worked in various countries around the world - and are collectively responsible for rating more than 45,000 hotels and restaurants in over 37 territories across three continents.

To maintain the independence of their opinion, the inspectors always dine out anonymously, pay for their meals, and subsequently rate their experience according to five publicly acknowledged assessment criteria:

MICHELIN Inspectors’ 6 Core Values
Food trends and dining technologies may have come and gone, but for over a century, the Michelin Guide has held firm to its founding mission of fostering a culture of travel and eating out, and its promise of helping people make the right choice, based on six core values: 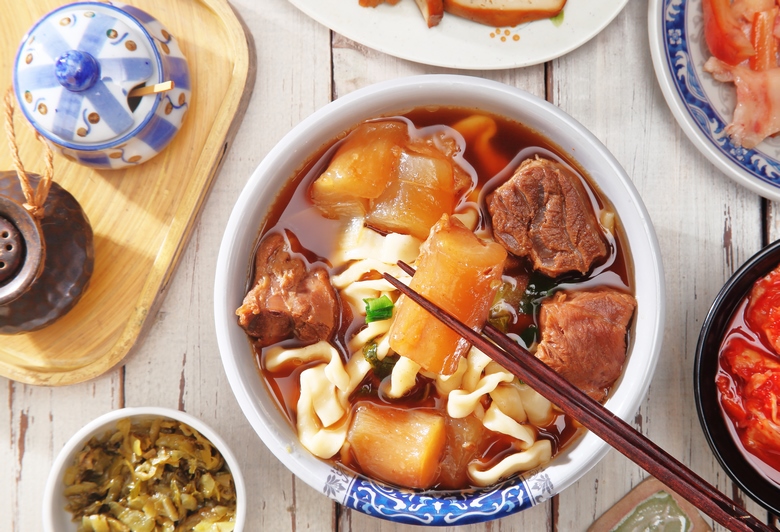 The MICHELIN Distinctions and Symbols

What do each of the MICHELIN ratings mean? Here's a quick guide to the symbols and icons you may find the MICHELIN Guide editions.

The MICHELIN Guide conveys its restaurant reviews through two to three-line short summaries and an extensive system of symbols, the most revered of which are its globally renowned stars. 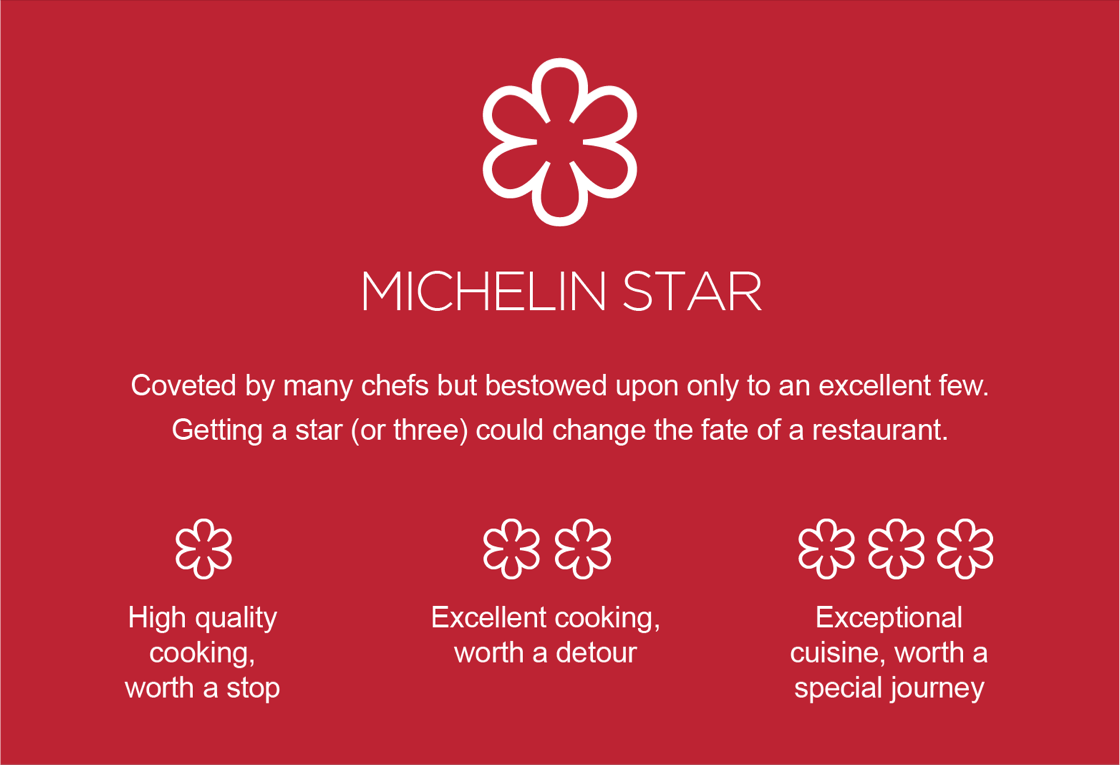 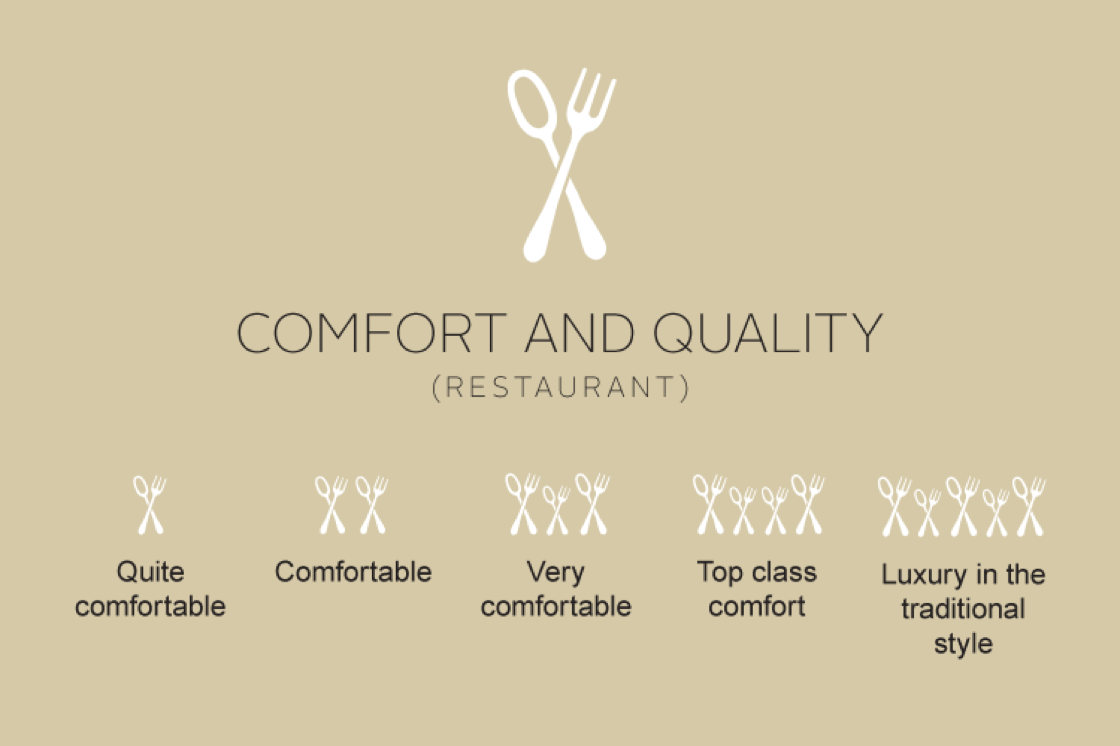 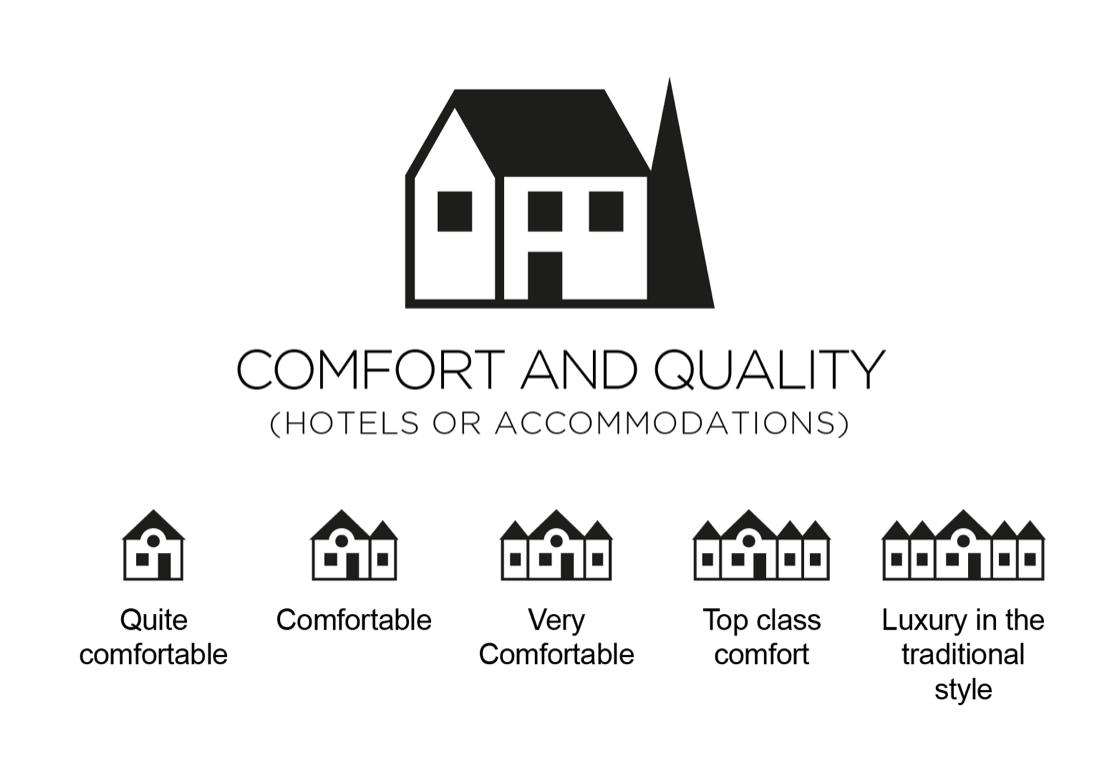 Initially, restaurants were flagged with a red “R” symbol to indicate to readers that they were destinations that served “good cuisine at reasonable prices”, namely, a three-course meal should be priced within a fixed range — which today stands at NTD1,000 in Taiwan, €36 in most European cities, US$40 in American cities, HK400 in Hong Kong, MOP400 in Macau and Y5,000 in Tokyo.

Since the category’s debut, the Bib Gourmand symbol - the image of the Michelin Man licking his lips - has become a well-loved beacon for value-seeking diners looking out for good deals. 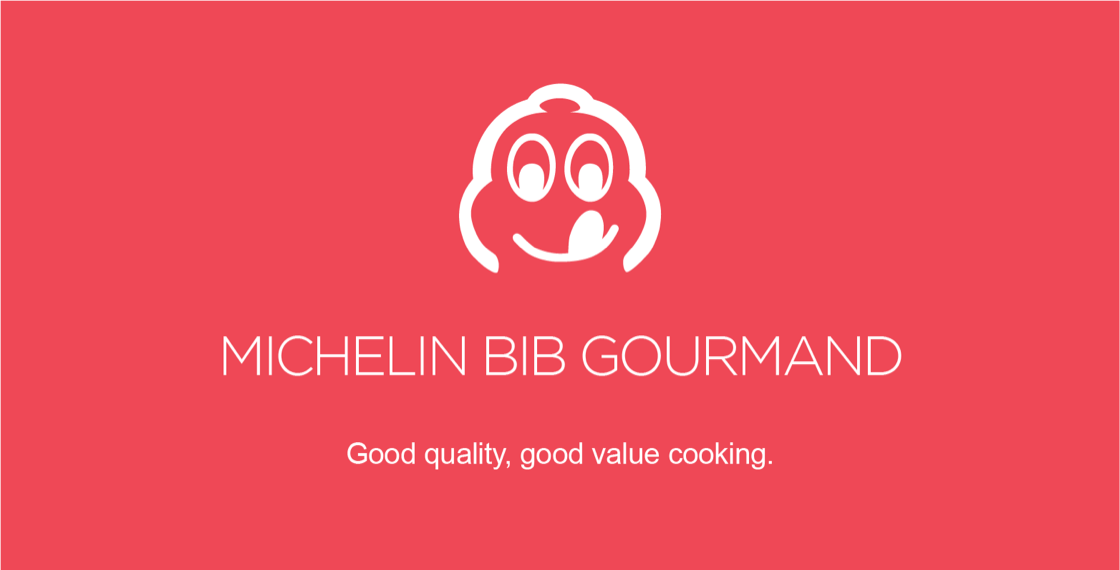 In the 2016 edition of the French guide, Michelin launched a brand new L’assiette or The Plate symbol to recognise restaurants that 'simply serve good food' and the emblem has now been incorporated in guidebook editions around the world. 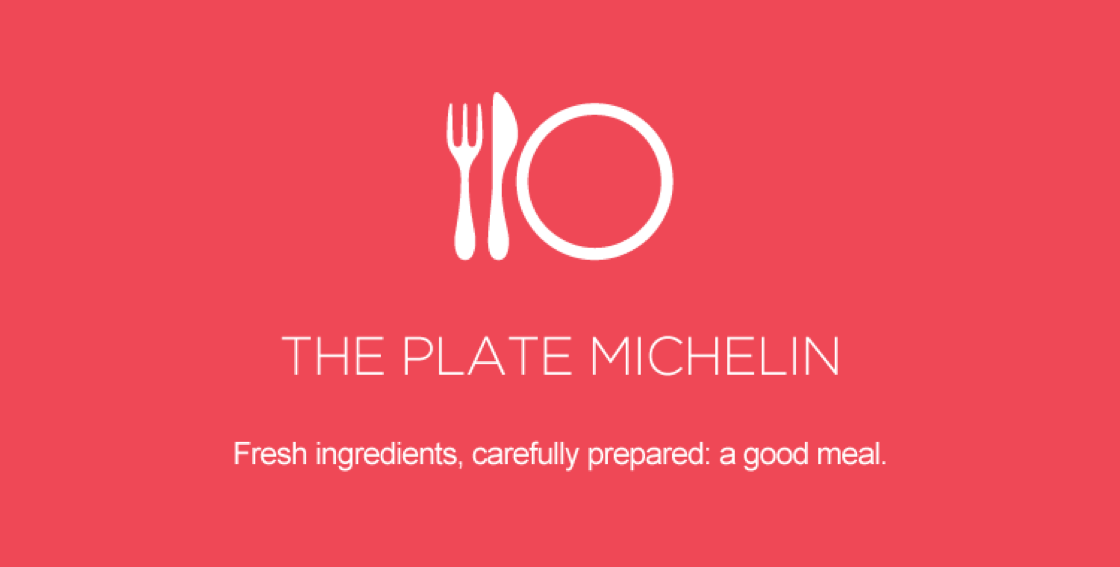 Covers
Restaurant inspectors do not look at the interior decor, table setting, or service quality when awarding stars - these are instead indicated by the number of 'covers' it receives, represented by the fork and spoon symbol. 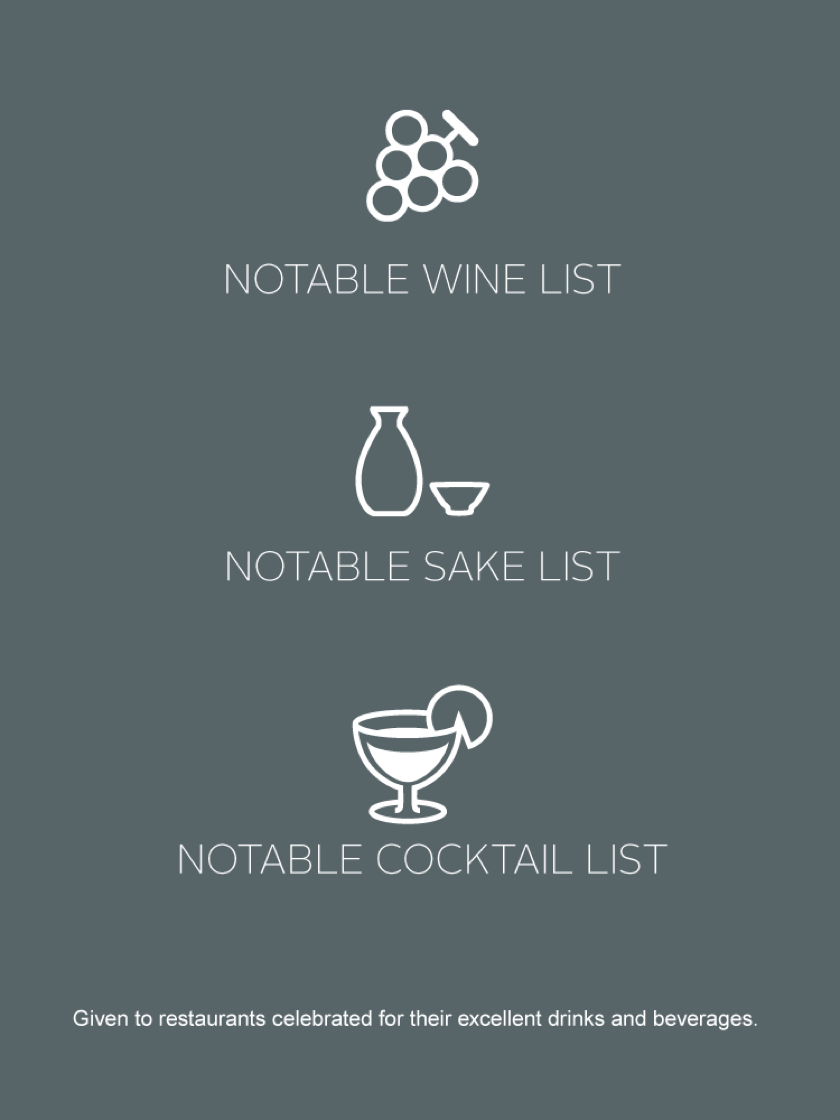 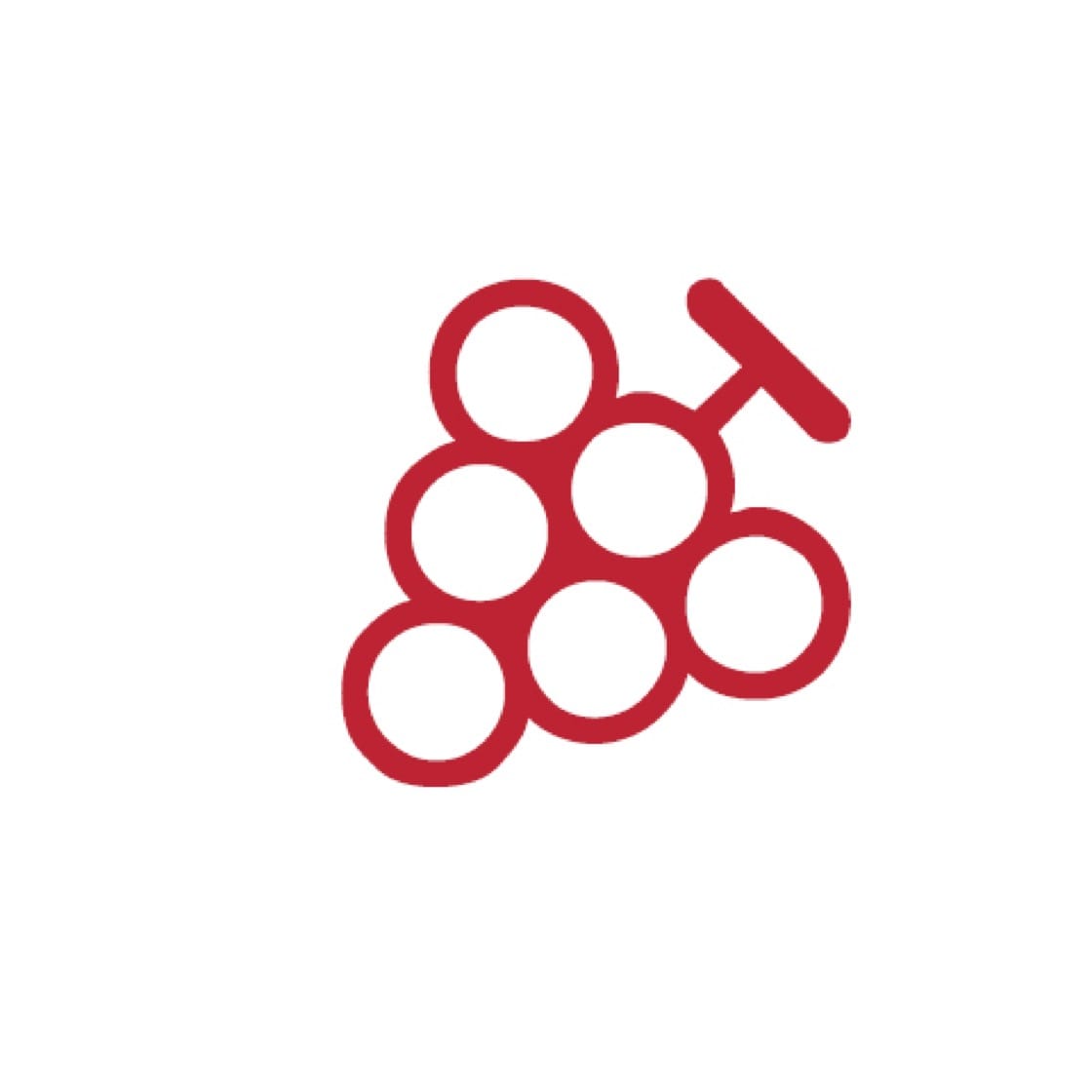 If you are looking for establishments with an excellent wine list, keep an eye out for this symbol. It covers a spectrum ranging from lists presented by sommeliers in luxury restaurants to simple spaces with a passion for wine. 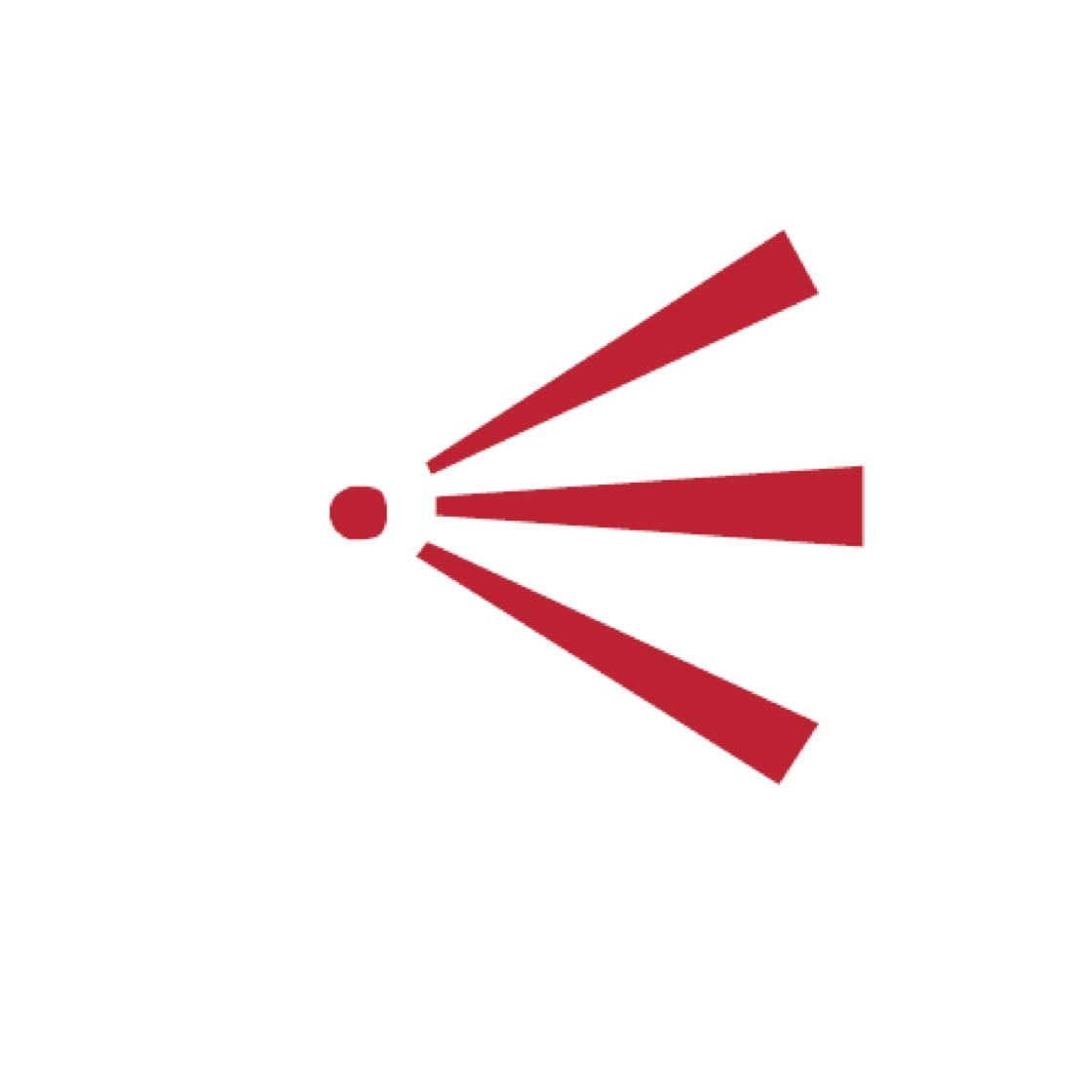 These three crimson rays indicate particularly breathtaking sceneries for diners to enjoy while tucking into their food. 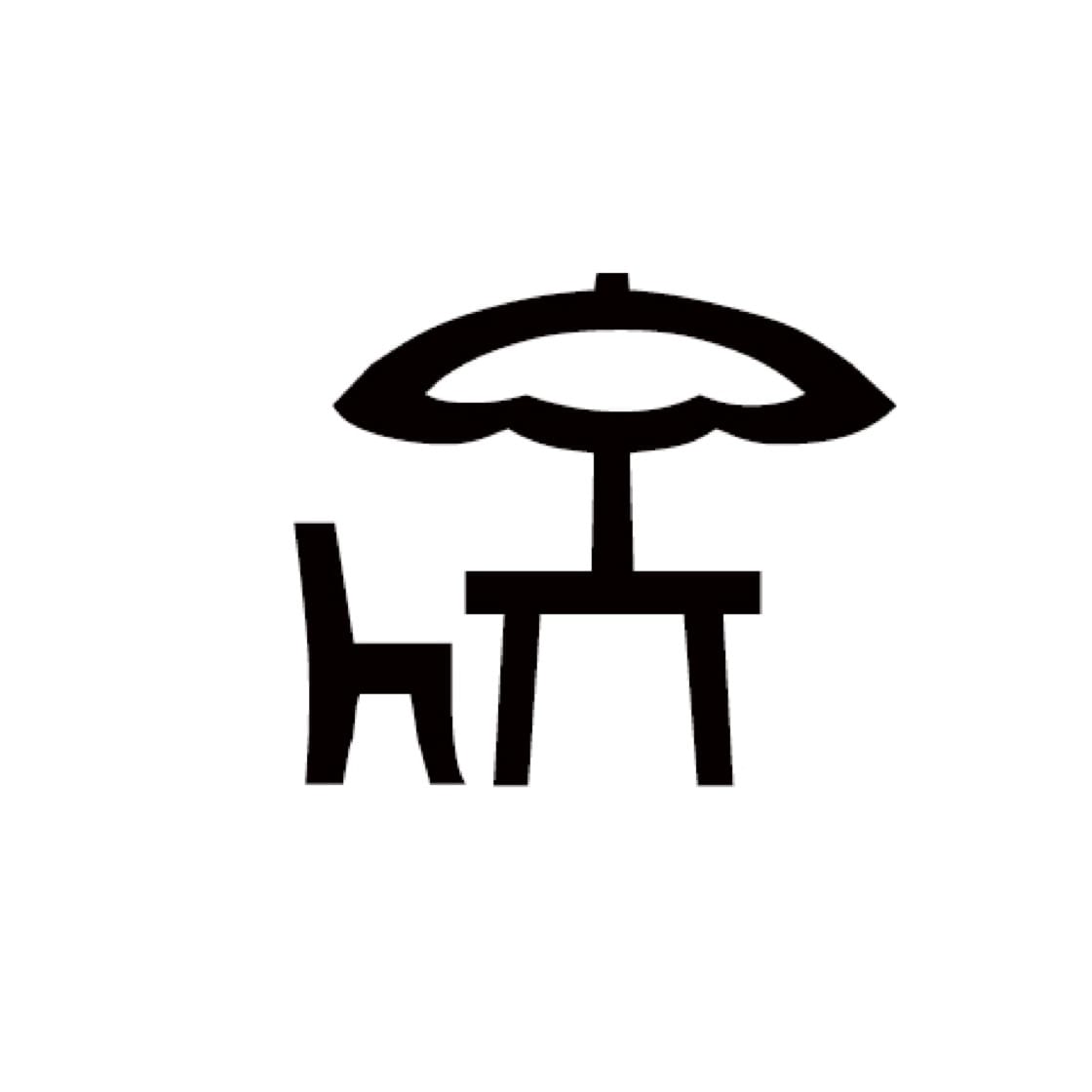 The patio parasol represents the option of terrace dining for the diners, or a relaxing meal in an open-air environment. 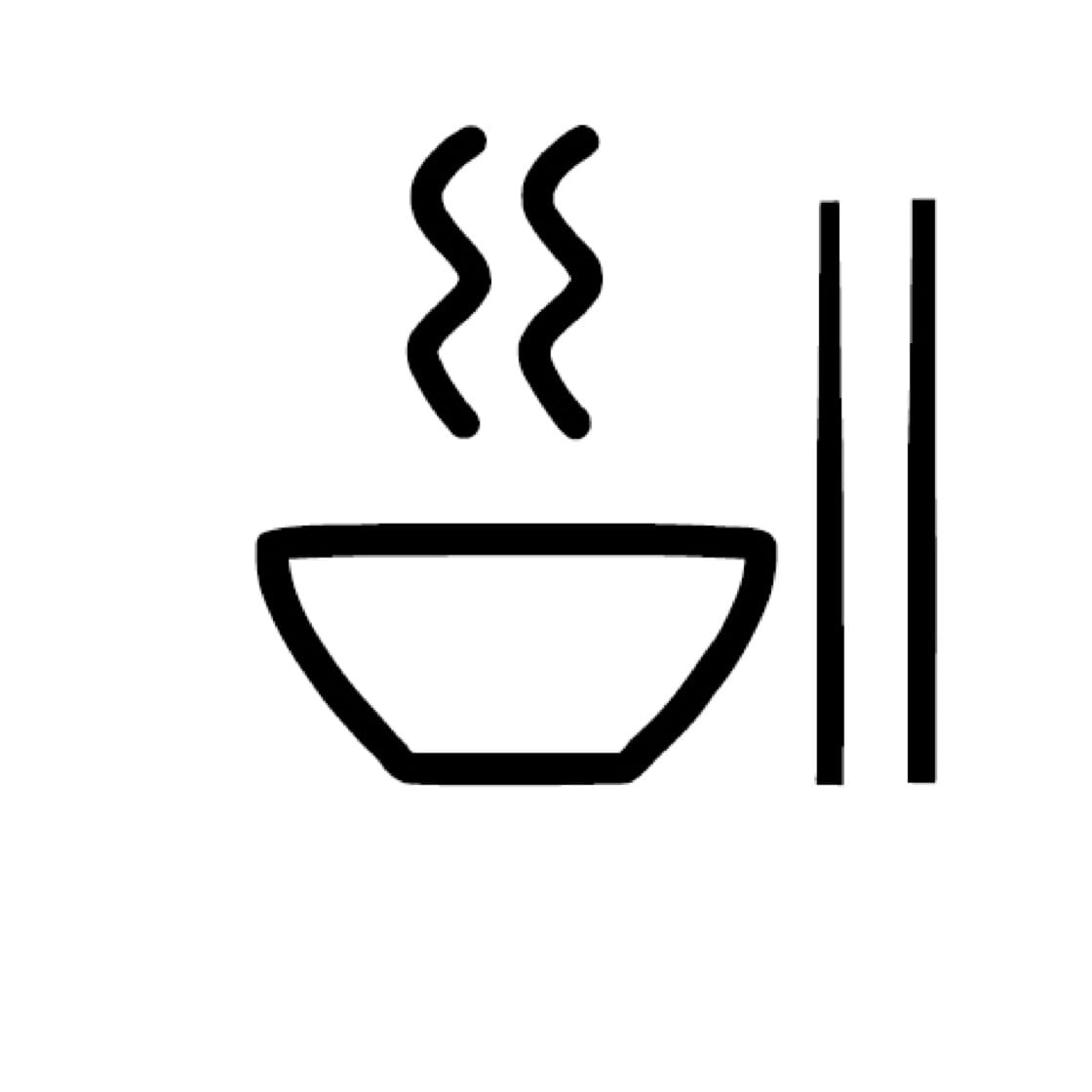 Simple shops that offer great food despite their casual environment are to be found everywhere, and that’s something recognised by the MICHELIN Guide. Not to be confused with the street food category (reserved mostly for hawker stalls), the Simple shop icon denotes a humble space where the service and physical aspects are unfussy. 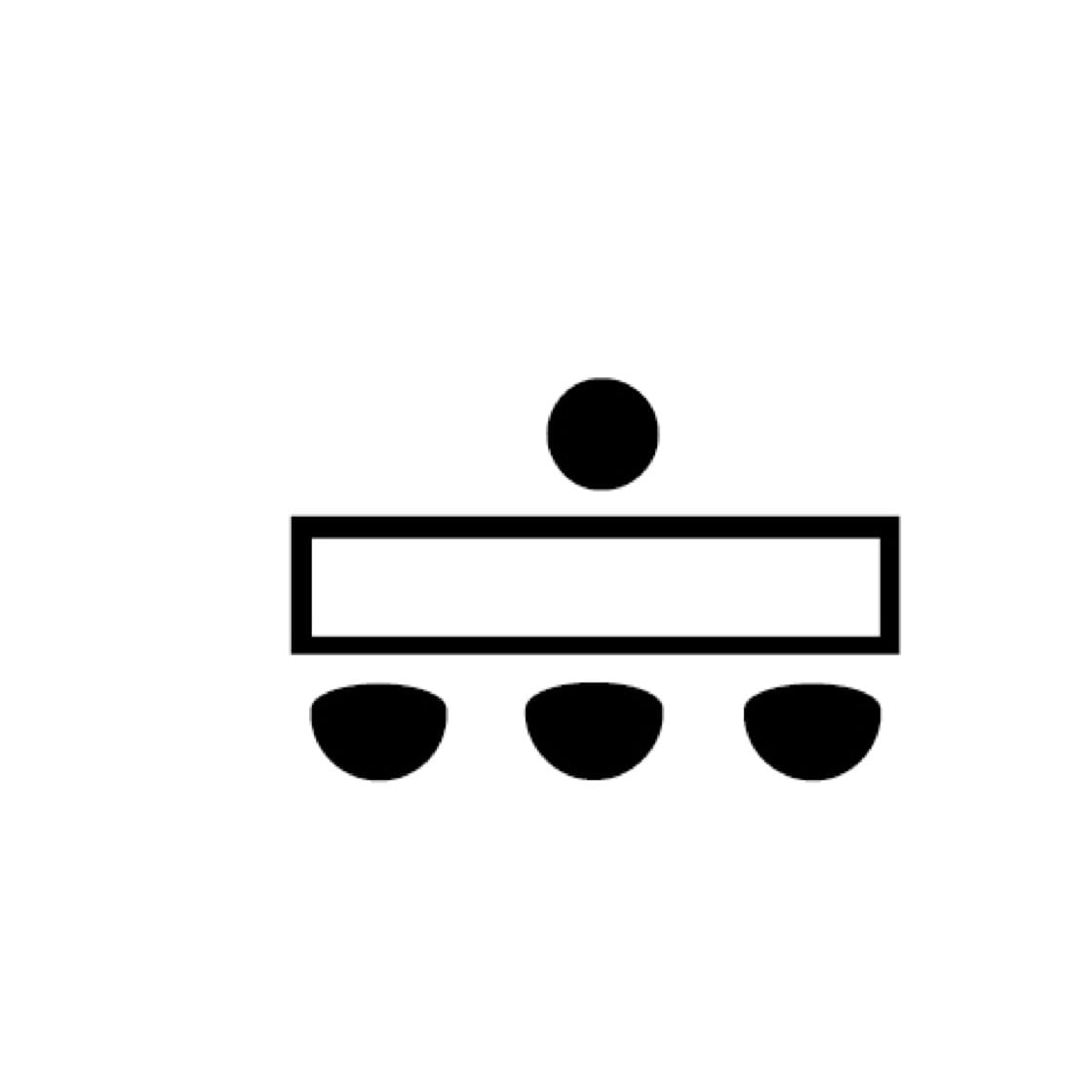 The counter symbol denotes the dining option in an open kitchen concept, where chefs are observed up close from the counters; a full view of the chefs in full action.

The MICHELIN Guide does recognise local food variance too: In Asia, street-food stalls are recognized with a cart symbol while noteworthy tapas bars in Spain are recognised by an additional wine and toothpick symbol, and quality pubs in the UK/Ireland guide are marked with a beer mug symbol. 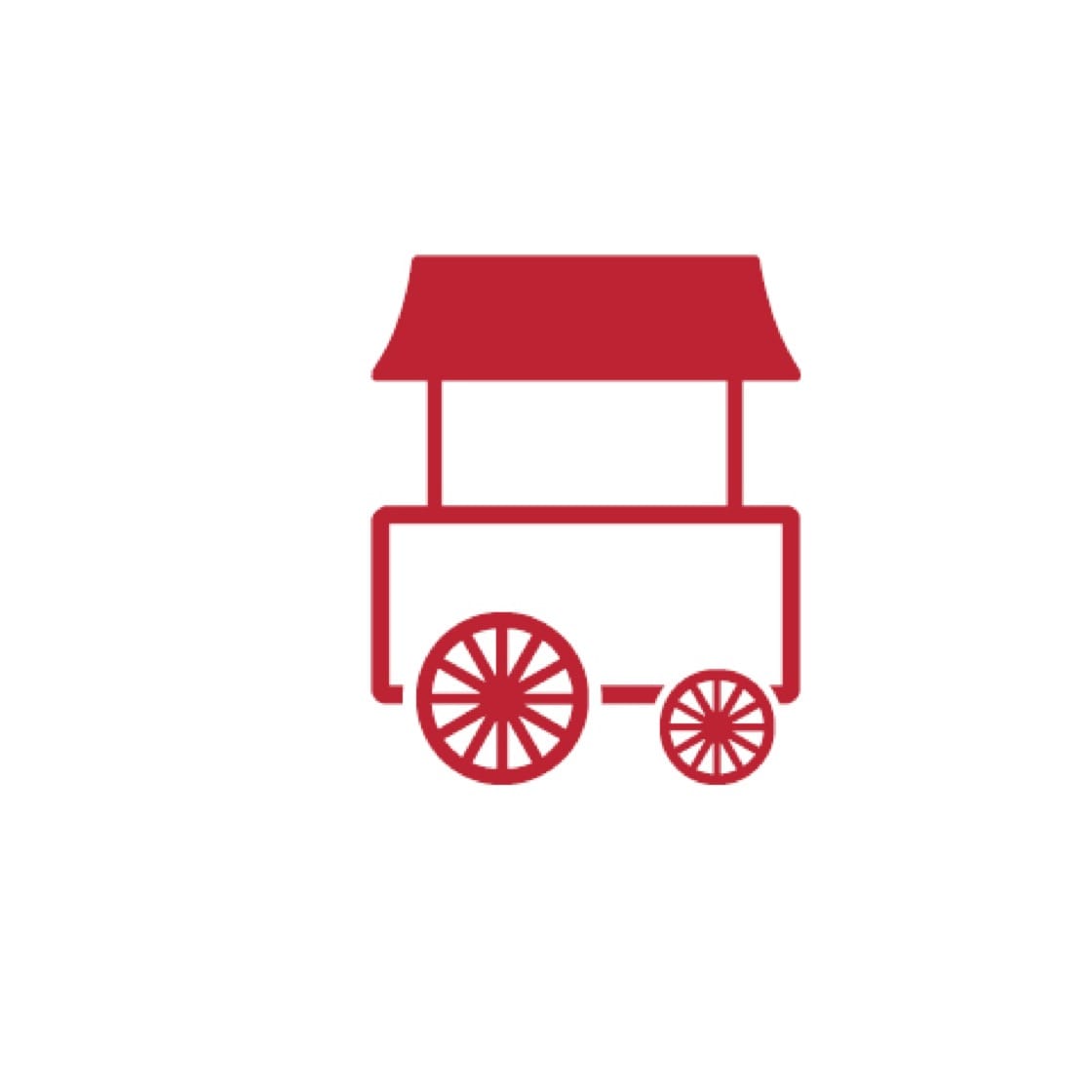 The best way to experience Taiwanese food culture is to savour the street food from its iconic night markets. There’s the symbol of a two-wheeled cart with a little roof. This denotes the physical characteristics of the establishment rather than the quality of the food.

History of the MICHELIN Guide

As with all great inventions that have changed the course of history, the MICHELIN Guide didn't start out as the iconic dining guide it is today esteemed to be. In fact, its roots were far more humble: the little red guidebook was originally conceived simply to encourage more motorists to take to the road. 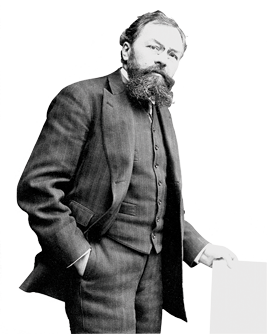 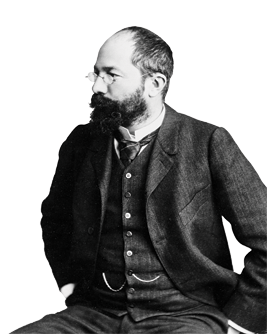 For the first time, it included a list of hotels in Paris, lists of restaurants according to specific categories, as well as the abandonment of paid-for advertisements in the guide. Acknowledging the growing influence of the guide’s restaurant section, the Michelin brothers also recruited a team of mystery diners - or restaurant inspectors, as we better know them today - to visit and review restaurants anonymously.

During the rest of 20th century, thanks to its serious and unique approach, the MICHELIN Guides became best-sellers without equals: the guide now rates over 45,000 establishments in over 30 territories across three continents, and more than 30 million MICHELIN Guides have been sold worldwide since.

You may have heard of Michelin's unique restaurant rating system, but how much do you really know what the coveted stars stand for? Here's a quick ...