Barely 10 months after Sushi Ryu’s opening, the Taipei restaurant has already garnered its first star in the city’s inaugural MICHELIN Guide. This remarkable feat is in no small part due to the hard work and long hours put in by chef-owner Yang Yong-long. 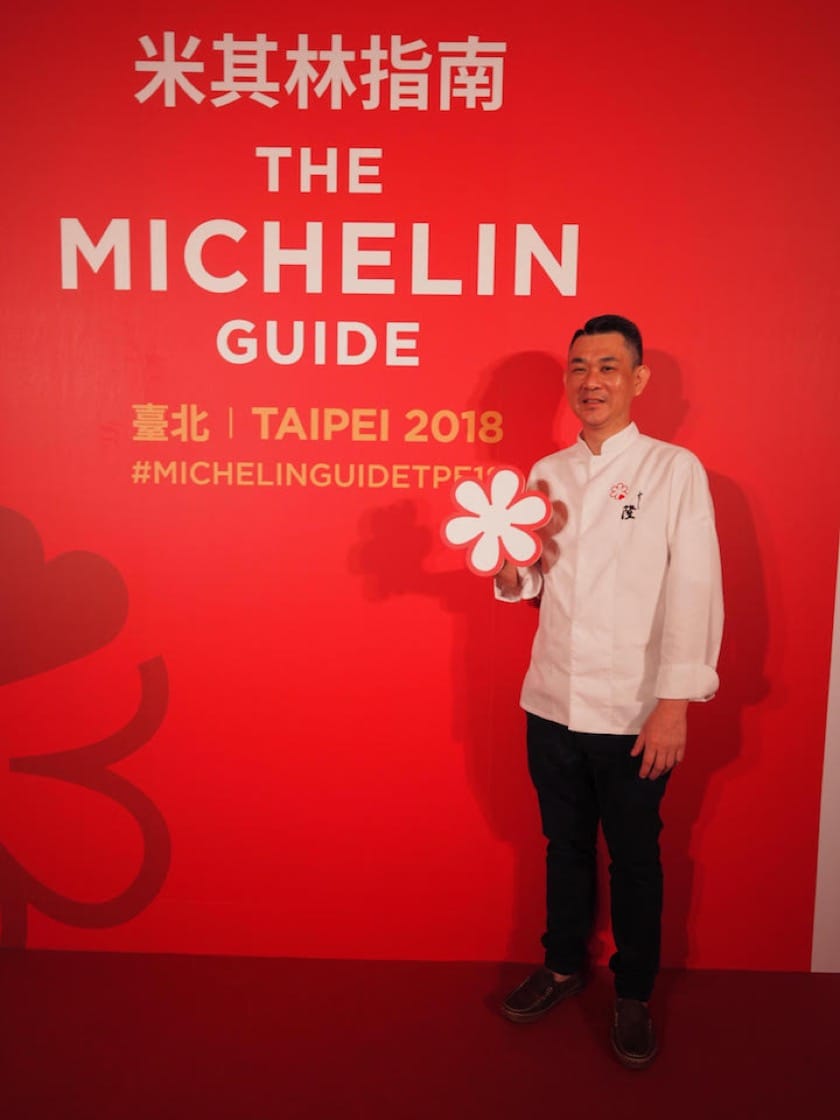 A man of few words, Yang is not your typical celebrity chef with flashy behaviour and choice quotes. Instead, the down-to-earth Taiwanese chef has been quietly perfecting his craft for the last 26 years.

Yang’s entry to the sushi business was a matter of convenience, as a relative of his ran a Japanese restaurant. But his early tutelage under a "tough" Japanese chef helped him to develop a "profound interest in sushi”, he says.

Although Yang has three cooks in his kitchen to assist him, he still arrives at the kitchen at 7am every day without exception. He checks the fish, prepares every piece of sushi placed on the counter and oversees every single detail in the restaurant until the day’s work wraps up at almost-midnight.

The Japanese Kanji character of the restaurant's name corresponds to the Chinese character for “long”, the chef's name — a carefully chosen detail to reflect the chef's inextricably link to his restaurant. In order to procure the freshest catch of the day, Yang taps on his personal network of buyers in Tokyo's Tsukiji Market to ship his specified needs to Taiwan three times a week.

He is also exacting in the vinegar mix he uses in his rice, which changes according to the season: “My vinegary rice uses a mix of three vinegars — red-coloured sake kasu (lees) vinegar and two other rice vinegars. The former gives the rice a sweet aftertaste."

The fish preparation process is time-consuming, but necessary, says Yang. The fishes need to be cured in salt to highlight the umami flavour, while uni (sea urchin) is warmed on grilled kombu so that it acquires a creamy texture.

“Vinegar-cured hikarimono (blue-backed fish like sardine and pike mackerel) are the hardest to deal with. If it isn't treated properly, not only will the fish's colour oxidise, but it will also develop a fishy smell,” the chef explains. 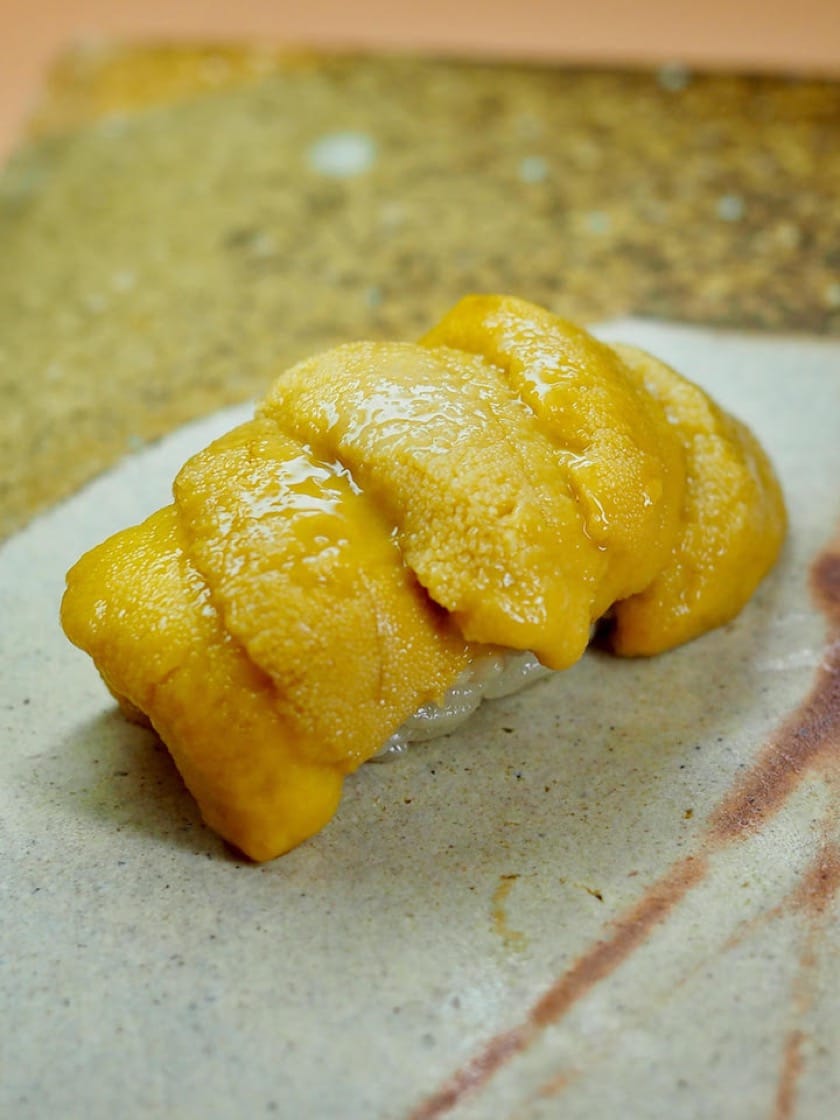 From working with investors in the past to now flying solo, Yang appears is prudent with every business decision. All the same, he has a straightforward goal in establishing his own restaurant. “My greatest desire is to let people understand the true Edomae spirit of preparing ingredients in the right way,” he says.

He shares his feelings on the day his restaurant received its first MICHELIN star. 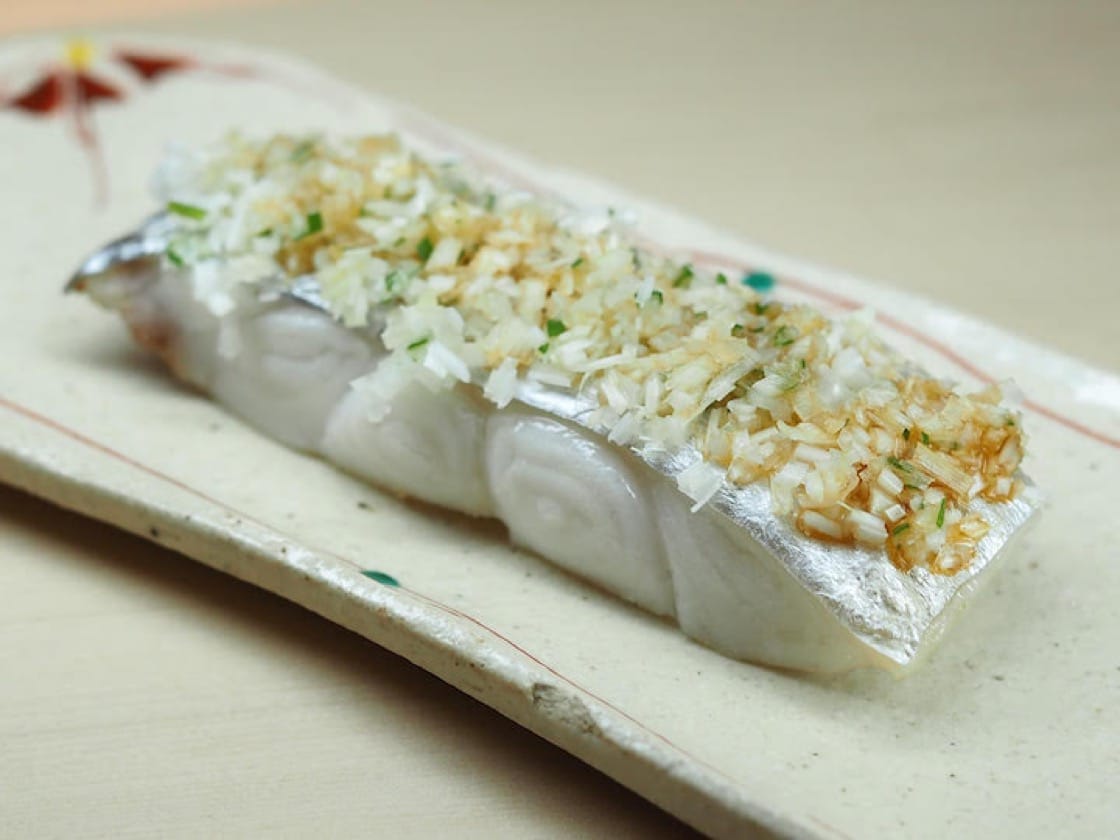 When did you first encounter the MICHELIN Guide?
Three years ago, I saw the MICHELIN Guide Tokyo 2015 for the first time. I flipped through it quickly without reading in detail. I didn’t give it too much thought and it didn’t occur to me that one day, my name would appear in the red book.

What was it like when Sushi Ryu earned its first MICHELIN star?
I was elated, but nervous at the same time. In the beginning, I didn’t think I would get the star. When I faced all the cameras of the journalists at the press conference, it was tiring to constantly smile and my mind was blank. They asked me if I would feel the pressure, but it took a little more time to understand how I really felt. Now that I’ve had time to think, I would like to go back to where I started — the kitchen — and let the pressure transform into a kind of motivation.

How did you celebrate?
My restaurant has only 15 seats and there is so much business to take care of every day, so I still haven’t had the chance to celebrate. Perhaps the diners’ fondness for our food is the best reward we could ask for.

How has the MICHELIN Guide influenced your life and career?
In my opinion, the MICHELIN Guide helps increase the visibility of new restaurants like mine in the eyes of the tourists visiting Taiwan. Now, foreign customers, especially those from Singapore, Hong Kong and the United States, make up 60% of my clientele.

What advice would you give young chefs who dream of getting a MICHELIN star one day?
I joined the industry at 16 and then apprenticed under a very tough Japanese chef. I was forbidden to touch a lot of things, but I would take a small part of clean-up time to imitate my mentor using the leftover ingredients. To be honest, it was not a relaxing job. But wherever you are, whatever role you play, you need to respect the rules set by chef, and at the same time be persistent and proactive. This is what I think is the best attitude for this industry.

This article is written by Drew Zheng and translated by Vincent Leung. Click here to read the original story.