Iconic chef Auguste Escoffier famously said that the three secrets to French food were butter, butter, and more butter. In Northern Thailand, sticky rice (also called glutinous rice) is the secret behind Northern Thai cuisine as well as the glue to its sense of community.

Although steamed jasmine rice (khao hom mali) forms the backbone of Thai cuisine, it is sticky rice (khao niao) that is seen as the “staff of life” among both Northeastern (Isan) and Northern Thais, thanks to its portability, its ability to fill stomachs for long periods of time, and its suitability to the balmy climate. 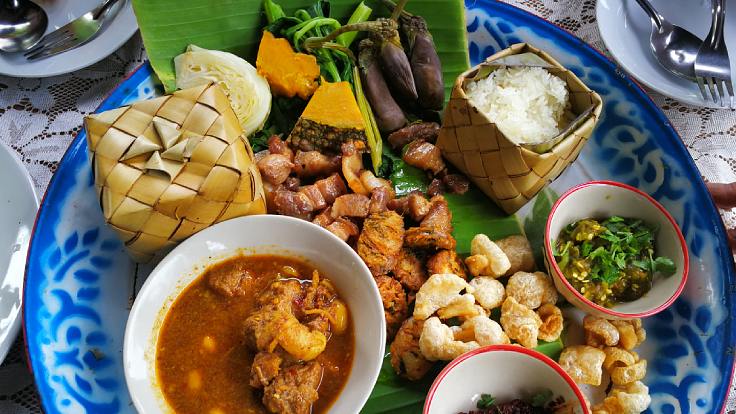 "Glutinous rice is very important to Northern Thai people as it’s a good source of energy, more so than normal white rice,” said Chef Black Bulsuwan of the critically lauded Blackitch Artisan Kitchen (MICHELIN Plate) in Chiang Mai. “Local people eat sticky rice three meals a day because it’s easy to carry, along with some dried meat and chilli relish, when out working the farm or foraging.”

From after-school snacks with grilled pork to formal khantoke meals eaten on Lanna-style pedestals, khao niao figures in nearly all aspects of traditional Northern Thai life. It is largely because of sticky rice that Northern Thai food has evolved into the vigorous and herbal-inflected cuisine that is only just gaining increased international attention.

“The Northern Thai diet would not be what it is — pungent nam priks, salty and funky soups, fermented meats, herbaceous curries, lots of wild herbs and steamed or raw vegetables — without copious amounts of stodgy and relatively bland khao niao to complement strongly flavoured dishes and fresh vegetables to make every bite more enjoyable,” said U.S.-based chef Andy Ricker of Pok Pok, which specialises in Northern Thai food.

READ: Northern Thai Food And Nature: The Role Of Natural Materials Inside The Kitchen
Advertisement
Advertisement 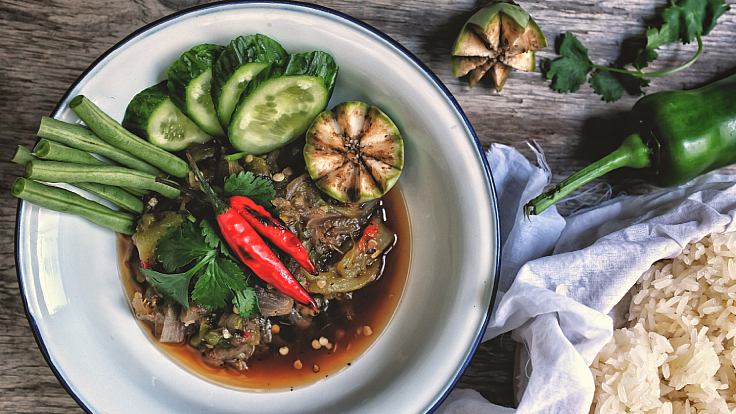 Indeed, sticky rice is not only a dietary staple to Northern Thais. It also serves as a handy, edible utensil, useful for picking up shreds or smears of food by rolling it into a ball and dabbing the food with the fingers, an act that Thais refer to as pun khao (rolling rice).

“Many dishes — especially larb — are designed to be eaten with the rice as the utensil; roll up a ball, pinch in some larb, repeat,” said Jarrett Wrisley, owner of MICHELIN Plate restaurant Soul Food Mahanakorn, where both Northern and Northeastern dishes are served. “Isan and Northern Thai seasonings are also designed to cut through the gluten of the rice; the rice calms the spice and extends the meal. And really, one thing isn’t possible without the other.”

Sticky rice is such an important part of the Northern Thai diet that it is hard to imagine the region without it. Academics say that glutinous rice may have been one of the “original” Thai foods, eaten by the Dai of southwestern China, the Lowland Lao of Laos, and the Thai-Lao as well as the Northern Thais of Lanna. So intertwined with the identity of Northern and Northeastern Thais was sticky rice and its common accompaniment plaadaek, or fermented fish, that both dishes were used by Central Thais as a way to discriminate against those in the Northern provinces, who then championed their love of sticky rice as a point of regional pride, writes Leedom Lefferts in “Sticky Rice, Fermented Fish, and the Course of a Kingdom: The Politics of Food in Northeast Thailand.” 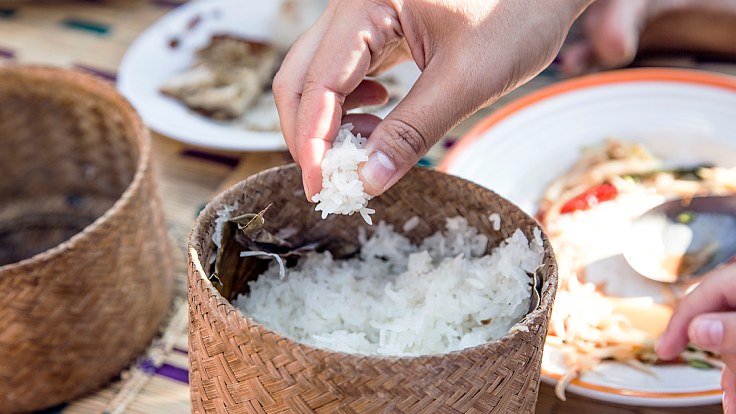 This is how you eat glutinous rice. (© Shutterstock)

Be it a marker of ethnic identity, an edible utensil, or a comfort food, sticky rice remains a daily necessity for Northern Thais, even as diners are conscious of packing on the pounds.

“Although there are so many food choices, glutinous rice is still part of one in three meals a day. That’s what people in the North prefer,” said Chef Black, perhaps referring to himself when he adds, “for those who crave an after-midnight treat, warm glutinous rice with fried chicken and nam prik noom (young green chilli dip) is always on top of the list.”

CONTINUE READING: 10 Must-Try Isan Dishes And Where To Find Them In Bangkok

Brush up on your food terminology with us, from commonplace colloquialisms to obscure obsessions, as we demystify culinary lingo in our Kitchen Language column. In this edition is the classic Thai seasoning paste Raak Pakchi Kratiem Prik Thai (Coriander Root, Garlic, & Pepper), aka Saamkler (The Three Buddies) or Saam Sahai (The Three Best Friends).

Northern Thai Food and Nature: The Role of Natural Materials Inside the Kitchen

From lush mountain jungles to deep river valleys, Thailand’s northern region produces abundant natural materials—many of which have become indispensable in the kitchen.

Discover the Flavours of Lanna through Nam Phrik, Khao Soi and Khao Nueng.

These Are the Best Thai Restaurants in Phuket & Phang-Nga