Thriving somewhere among “The Land of a Million Fields” which the northerners call home, fresh produce - key ingredients to some of the most delectable northern Thai dishes – are foraged by the locals and turned into simple but soul-soothing dishes. 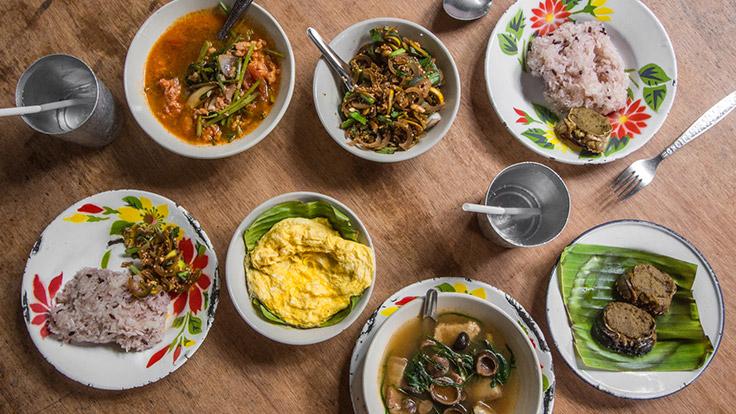 Have you tried them all?
Photo credit: Alana Morgan for The MICHELIN Guide.

Gaeng hed tob or hed poh (Puffball mushrooms in spicy soup)
You say hed tob, I say hed poh. Either way, there’s no need to call the whole thing off. Hed tob (Hygroscopic earthstar or puffball mushroom) is known by those who don’t hail from the northern parts of Thailand as hed poh. These button-like brown delights – which could easily pass off as chocolate truffles - make a tasty and healthy spicy soup when mixed with a dollop of curry paste and young tamarind leaves. Once a seasonal ingredient available during the rainy season, the puffball mushrooms are now available in cans which means -come rain or shine - they can be enjoyed whenever a craving strikes. 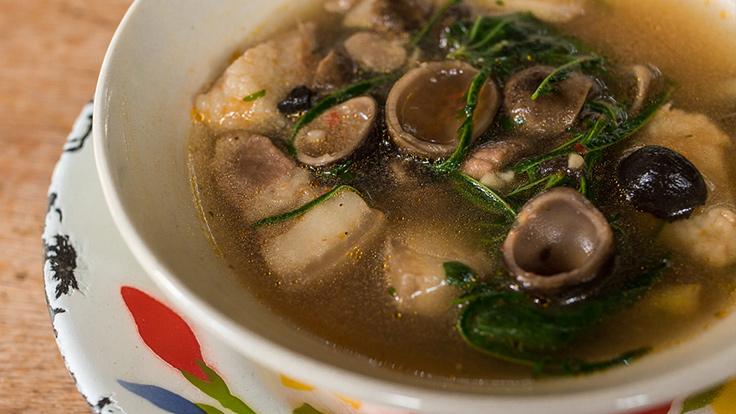 Kai Paam
This simple yet satisfying dish is an all-time local favourite that requires minimal effort to make. If you can rustle up an omelette, you can most certainly manage a kai paam because it’s (arguably) less tricky to make. Crack some duck or chicken eggs, add some sliced onion or red paprika and a pinch of salt and beat the eggs in a bowl. Prepare some clean banana leaf cups and pour the egg mixture into them and lightly grill them over a charcoal fire until they reach golden perfection. Breakfast is served! 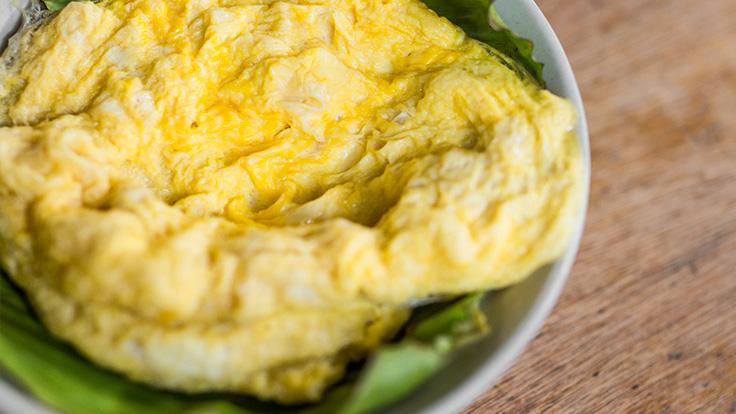 Pu Ong (Grilled crab fat)
The word “ong” is a northern Thai word that appears in the names of several local dishes and refers to the slow reduction of ingredients (usually a chilli dip mixture such as namprik ong). In this case, fat from pu naa or ricefield crab, is seasoned in its own shell with an egg added into the mix before it’s placed over a grill to undergo the “ong” process. The result? A rich, creamy paste packed with an umami punch that defines culinary decadence. 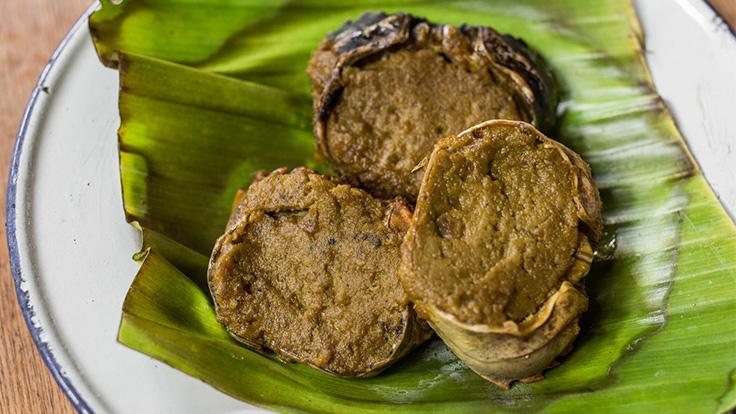 Saa makua
While yum usually means “a combination of ingredients mixed together” in Thai, saa is its northern counterpart which refers to the mixture of ingredients – and in the case of saa makua - it’s Thai eggplants and a hodgepodge of other palate-pleasing delights. In a culinary world where the eggplant is usually the supporting actress in a dish, the northerners choose to make it the star of the saa makua. To make it, Thai eggplants are sliced into thin pieces, while chilli paste is heated in a hot pan with some garlic. The eggplants are tossed in the mix with the addition of minced pork to balance out the array of flavours that make this northern treat taste so rewarding. 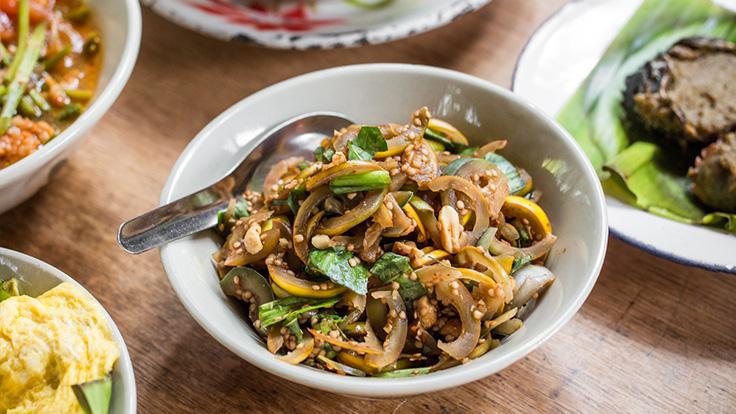 Gaeng pak plang (Ceylon spinach in soup)
If there’s a northern Thai hangover cure that hasn’t been discovered yet, this might just be one of them. Local Ceylon spinach is enjoyed in a clear albeit spicy broth, with a slight tang from the addition of jin som (จิ้นส้มหรือแหนม) or fermented meat. Pak plang is a creeper that grows easily anywhere and locals usually have them in their backyard. Slurp on a bowl of this after a big night out and you’ll be as good as new. Remember what Popeye said? “I’m strong to the finish ‘cause I eats me spinach!” 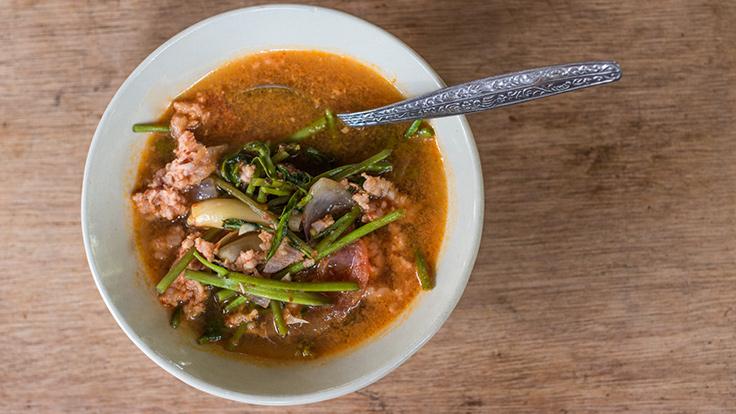