The First Day I Got My MICHELIN Star: Tristin Farmer Of Zén In Singapore

First Day I Got My Stars Singapore Nordic

The selection of the MICHELIN Guide Singapore 2019 was announced on 17 September and catapulting straight into the two-star category is restaurant Zén, the Singapore outpost of three-MICHELIN-starred Stockholm restaurant Frantzen by acclaimed Swedish chef Björn Frantzén. 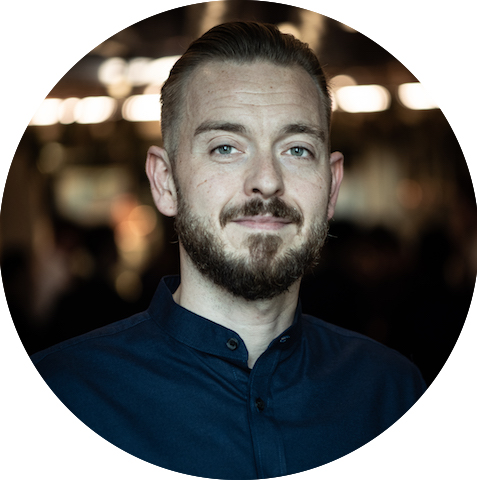 Executive head chef Tristin Farmer presides over the restaurant, housed in a charming three-storey shophouse on Bukit Pasoh Road. Hailing from Scotland, Farmer honed his culinary skills working through the ranks at Gordon Ramsay’s restaurants in the United Kingdom, such as Claridges, Petrus and three-MICHELIN-starred Restaurant Gordon Ramsay in Chelsea.

In 2014, he joined Jason Atherton’s The Social Company, working at Pollen Street Social and City Social in London before making his first forays overseas with the pre-opening of Aberdeen Street Social in Hong Kong and Marina Social in Dubai. In late 2018, Farmer arrived in Singapore to helm Zén, a partnership between Frantzen and home-grown hospitality group Unlisted Collection.

The cuisine at Zén is decidedly Nordic at heart, revolving around the use of Nordic produce and cooking techniques such as beer-poaching, fermentation and curing. And like its sister restaurant in Sweden, its unique culinary style is built on classic French cooking and influences from Asian and Japanese cuisines. 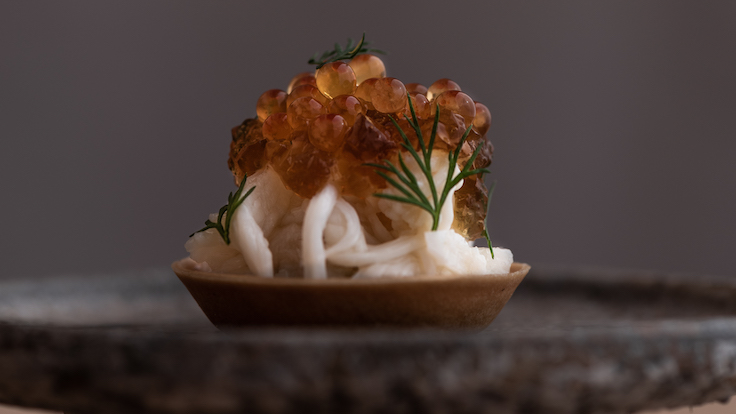 Beer poached crustacean, dill smetana, wild trout roe, fennel flowers (Pic: Zen)
Zén opened in November 2018 to much fanfare, and quickly racked up a long waiting list of diners eager to experience the creative cooking and inimitable hospitality for themselves. Barely a year into opening, Zén has made it into the MICHELIN Guide Singapore’s star selection with not one, but two stars. Farmer shares his joy and immediate reactions to the accolade at the MICHELIN Guide Singapore 2019 Star Revelation and Gala Dinner. 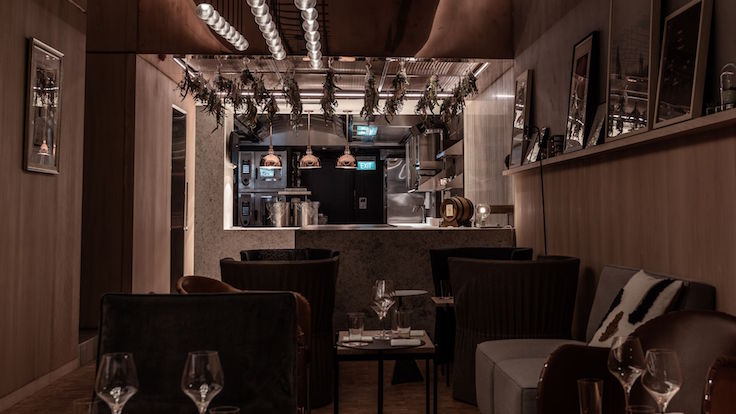 The interior of Zen (Pic: Zen)

How did you feel when it was announced that Zén received two MICHELIN stars?
Because we were one hour late, Björn (Frantzén) kept texting me, asking, “What’s happening? It should have been announced an hour ago”. Obviously, I knew after they had already announced the one-starred restaurants, that it was either going to be very bad news or very good news (laughs). It was very humbling, we are very humbled.

The inspection season was coming to an end maybe about May or June and we’d barely been open six months then. We didn’t have any expectations, honestly. We’re blown away by tonight. We wanted to come to Singapore and do our thing. We cook really good food. It’s all about the ingredients, it’s all about the customers. And it feels really good to get this recognition. We didn’t come looking for stars. We came here to cook really good food, for people to come to our house and have a great time. That’s what we do every day and every service we try to do better.

How are you going to celebrate?
Actually, we’re going back to the restaurant and we’ve ordered pizzas for 12 o’clock. We’re having pizzas and Krug champagne at 12 o’clock with the whole team. 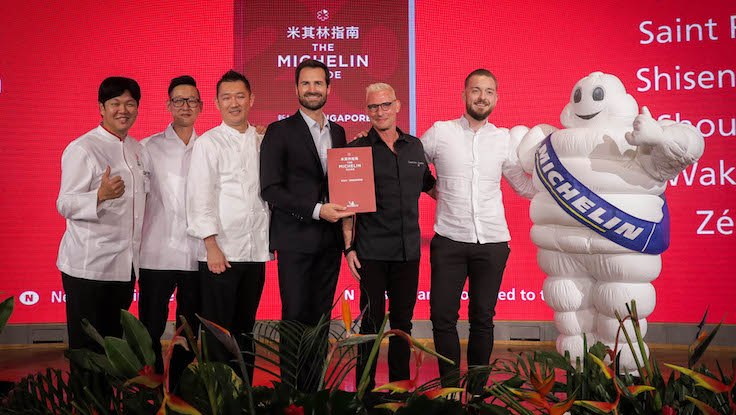 The chefs of the two-MICHELIN-starred restaurants at the MICHELIN Guide Singapore 2019 Star Revelation and Gala Dinner. (Pic: MICHELIN Guide Digital)
What does having the MICHELIN stars mean to you?
I’ve been part of a lot of MICHELIN-starred restaurants and seen many chefs receiving awards and things, but for me to be standing here now is very humbling. Seeing happy guests and having a full restaurant is the number one motivation but getting recognition like this… I’m super happy for the team because they put in so much every day. There’s so much training and so much hard work from all the guys there.

What advice do you have for younger chefs?
Don’t chase stars. Just do what you believe in. Cook the food that you believe is right. Make food delicious, make people happy and then you’ll get the rewards that you deserve.

We get the world's most celebrated chefs to share what it was like when they got their first Michelin stars.

First Day I Got My MICHELIN Stars: Aitor Jeronimo Orive Of Basque Kitchen By Aitor

#MICHELINSTAR20 First Day I Got My Stars Singapore
People 5 minutes

Portugal First Day I Got My Stars Macau
People 2 minutes

First Day I Got My MICHELIN Star: Denis Lucchi Of Buona Terra In Singapore

First Day I Got My Michelin Stars: Jimmy Ophorst

We get the world's most celebrated chefs to share what it was like when they got their first Michelin stars.

The First Day I Got My MICHELIN Star: Yusuke Takada Of La Cime In Osaka

First Day I Got My Stars Japan
Dining In 2 minutes