Singaporeans take their mooncakes very seriously. Each year, pastry chefs and bakers up the ante with their mooncake creations, putting together truly adventurous flavour combinations while refining the classics.

Consumers today have to navigate a labyrinth of restaurants, hotels and bakeries before deciding on which cakes they deem worthy of their Mid-Autumn Festival celebrations. If you've already acquired a fresh box, good on you. But it's now time to look into what to drink it with. Here are five teas best paired with the mooncakes in your pantry. 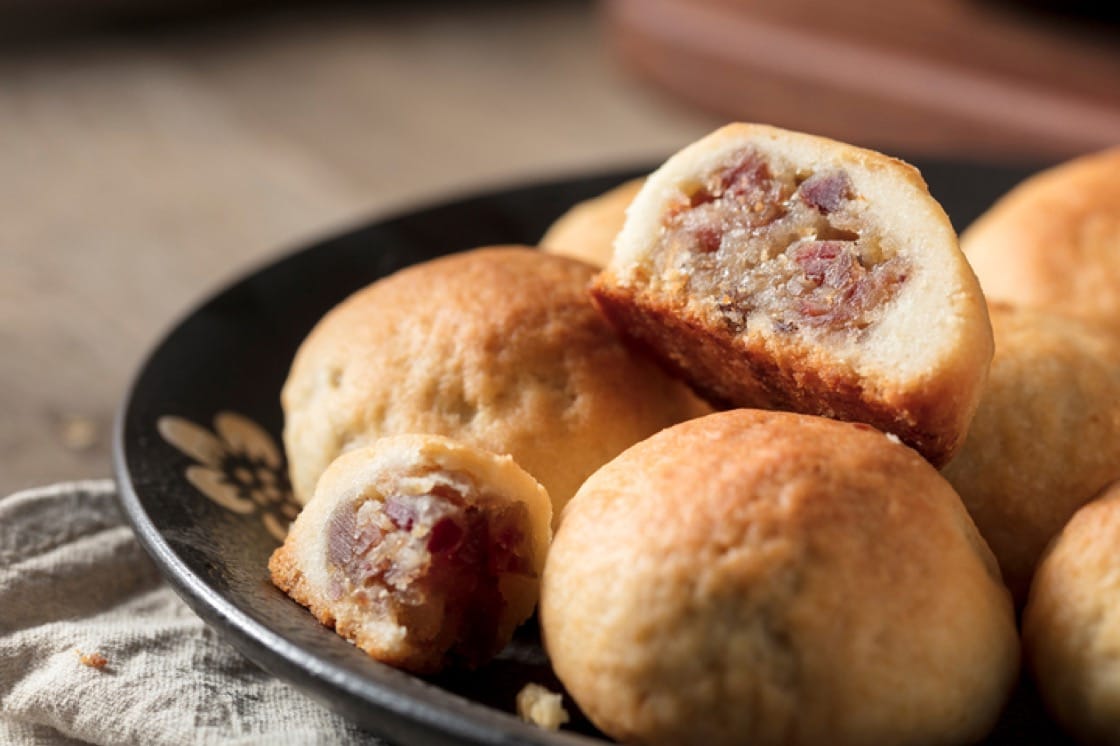 Five-Kernel (五仁, wǔ rén) Mooncakes
Five-Kernel/ Nut Mooncake
The five-kernel mooncake, as its name suggests, has up to five types of nuts and seeds coarsely chopped up and mixed into it. The types of nuts and seeds vary from region to region but the typical ones include peanuts, walnuts, sesame seeds, water melon seeds, almonds and pumpkin seeds. And keeping in true Chinese tradition, there is a significant meaning for each nut and seed: benevolence, righteousness, courtesy, wisdom and trust.

Ham and cubes of lard were too once tossed into the mooncake for good measure but its popularity has since declined with most stores peddling only the vegetarian version.

To be paired with: Ripe pu'er or red (or black by Western tea standards) Chinese tea.
Why: A stronger tea is required to stand up against the busy filling of nuts, seeds and a sticky, sweet maltose syrup.
Advertisement
Advertisement 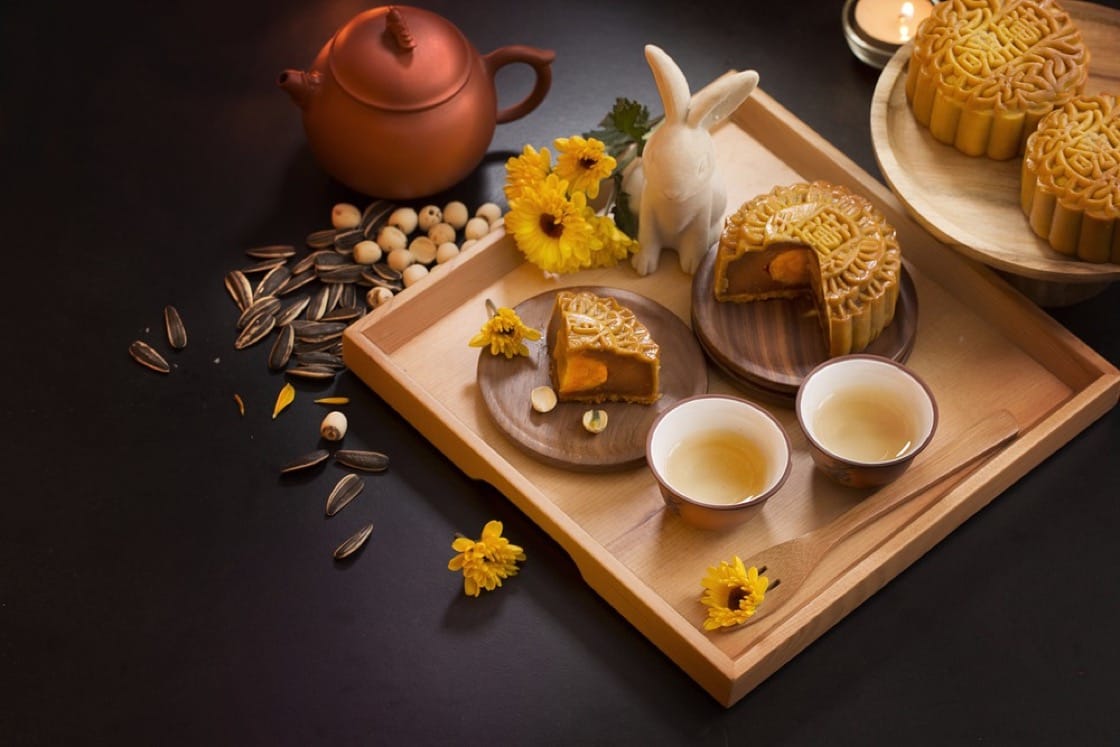 Traditional lotus-seed (蓮蓉, lían róng) paste mooncake with a single salted egg yolk
Lotus Seed Mooncake
Probably the most common of the mooncake variants, the lotus seed mooncake is a product of the Canton region. But what many don't know is that lotus seeds are a highly prized commodity; which means that most of the lotus seed paste we consume today is mixed with white kidney beans. Pure lotus seed paste is in reality, silky smooth and light on the palate.

To be paired with: Oolong or raw pu'er.
Why: The flavours of the mooncake is naturally well-balanced with the sweetness from the lotus seed paste and the saltiness of the egg yolk so the toasty notes of an oolong or the fresh, grassy notes of a raw pu'er will pair beautifully with the mooncake. 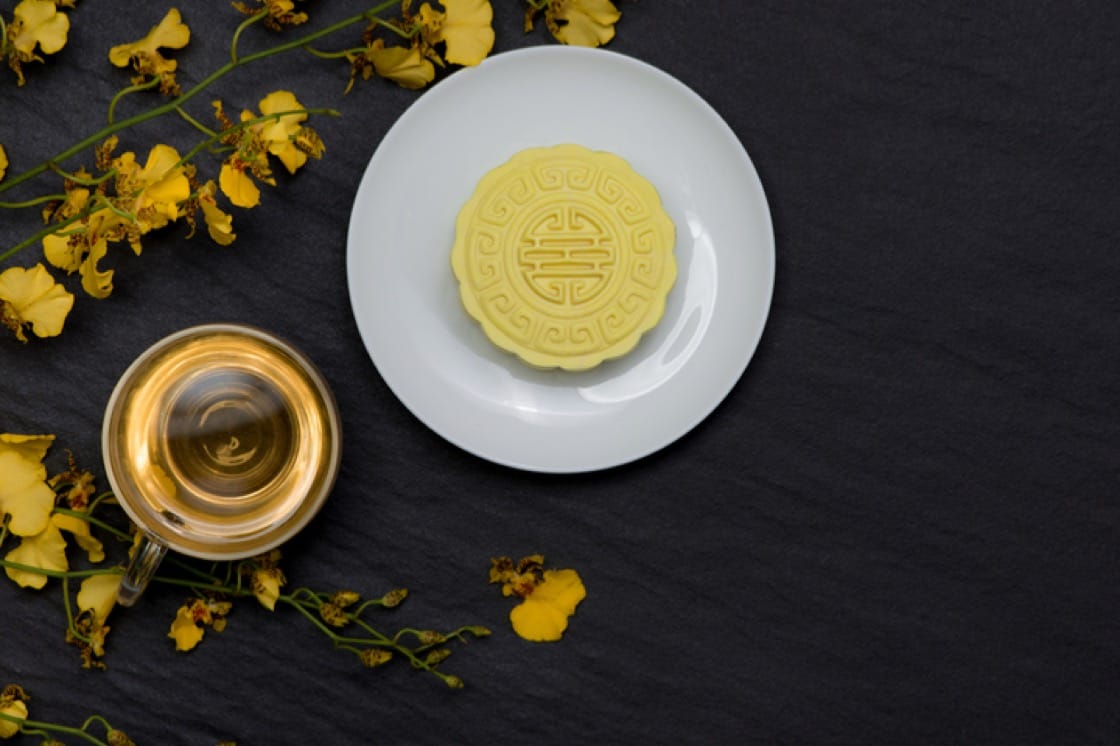 To be paired with: Dragon Pearl Jasmine or White Peony.
Why: The flowery notes from both teas will help mellow out the slightly cloying sweetness from the mung beans. 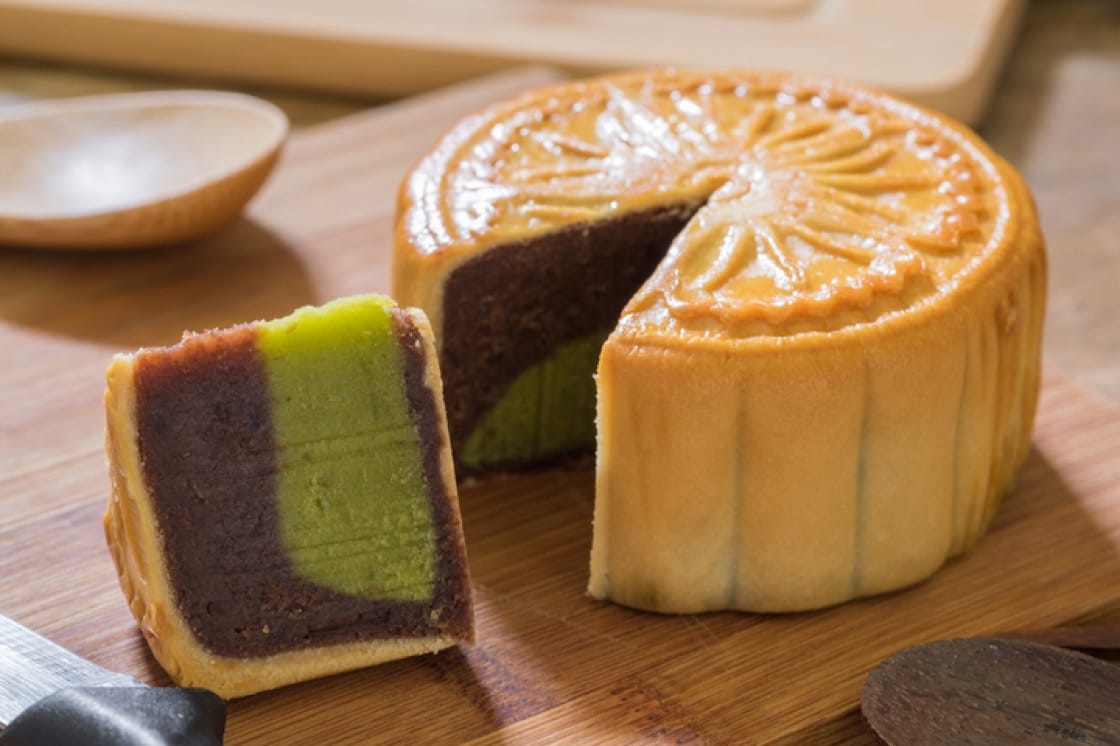 To be paired with: Taiwan Oolong or Silver Needle White Tea.
Why: The fruity notes in both teas will complement the nutty flavours of the red bean and cut through any sweetness. 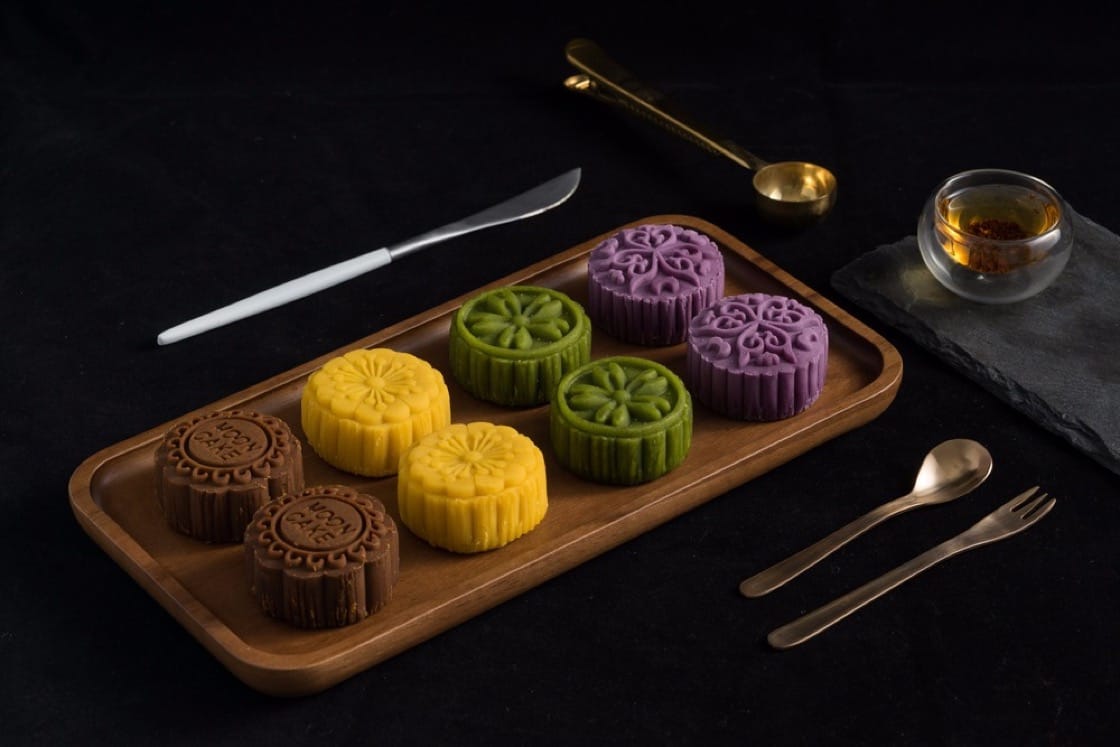 Snow Skin Mooncakes
This one's a little tricky. While the flavours of the snow skin itself is as delicate, the flavours in the filling can vary drastically. Our best bet is to pick a fruitier red tea like a Golden Tips red tea to stand up against some of the stronger flavours like chocolate and mao shan wang durian. Or a floral Tie Guan Yin if you've plans to devour a champagne or green tea flavoured mooncake.