As the sister restaurant to three-MICHELIN-star Frantzén in Stockholm, Sweden, two-MICHELIN-star Restaurant Zén in Singapore prides itself on offering not just intricately created plates of food — but also an entire experience around the meal.

“The philosophy and the DNA of a Frantzén restaurant, and the biggest part of what we do, is how we are socially interactive with the guests. We want it to be a fun experience with lots of energy, lots of personality at the restaurant,” says Tristin Farmer, executive chef of Zén.

Normally, when guests dine in at Zén, the restaurant staff will enthusiastically describe the ingredients and products that go into each of the establishment’s widely lauded dishes, according to Farmer. “We'll tell you about where they are from, what’s unique about them, how long they’ve been aged for, different specifications about each dish." 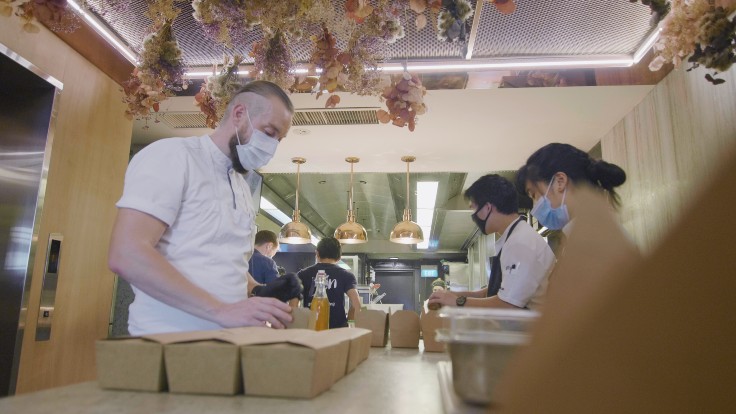 After the ban on dining in was announced by the Singapore government in April, Zén had a management meeting to discuss next steps. The restaurant, which normally runs on 25 staff rotated through the five days a week that Zén is open for, had to reshuffle its rosters as only 10 restaurant staff could be in the building at any one time. Zén’s operations ran daily until the restaurant stopped its takeaway service on 21 June to prepare for its reopening for dine in customers on 25 June.

See What Our Inspectors Have To Say About Zén

“Even takeaway for us is a big innovation,” said Farmer, as the restaurant was not initially set up for such an arrangement. “Our philosophy is to cook as fresh as possible. We cook everything a là minute after the guests enter the restaurant, so they get all their food fresh. That was a challenge to translate into takeaway. It has been a challenging time for us,” Farmer admitted.

To translate Zén’s traditionally interactive dine-in experience into one that can take place at home, Farmer set up virtual dinners for his guests, hosted on web-conferencing platform Zoom, as well as live cook-along sessions.

In one such session, the restaurant invited a premium champagne producer who dialled in from France, and diners got to listen to short presentations by the producer, Zén restaurant manager Aaron Jacobson, and Farmer himself as they tucked into a meal delivered to them from the restaurant.

“It’s a little bit of fun, it’s lighthearted, it’s educational and it brings a bit of stimulation to takeaway food,” Farmer said. 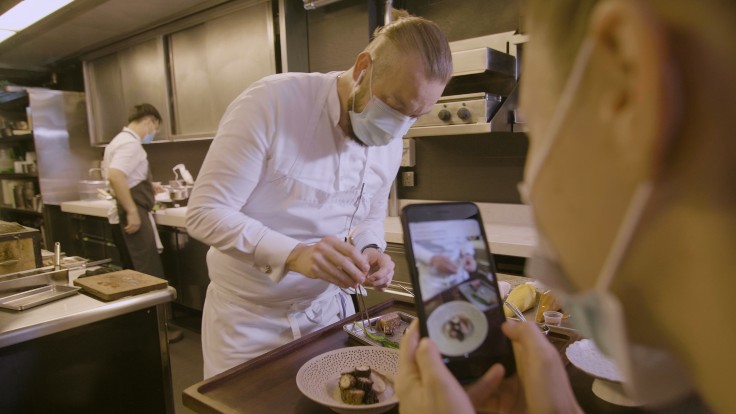 When Zén first started doing takeaways, the restaurant team rented a car to do their own deliveries, with one staff helping with drop-offs for each order. However, after orders started increasing and the team got busier, this arrangement was no longer feasible nor cost-effective. Through a suggestion from one of Farmer’s chef friends, he learned that there was a group of Comfort taxi drivers who were having trouble finding work.

The restaurant team then created a WhatsApp group and added around 15 taxi drivers. Whenever an order needed to be dropped off to a customer, a message is sent to the group, and an available driver would arrive to pick the food up, and the restaurant would pay them a delivery fee. Farmer added: "They help us deliver the order to the door, so we're getting that personal service and we are building a relationship with the drivers. We are then supporting them because they’re still in work also." 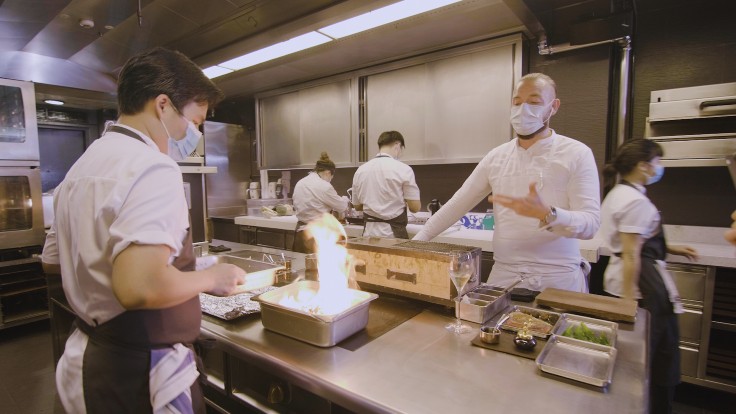 During these uncertain times, Zén’s restaurant staff have banded together to pull through. Farmer said: “They come in, and they’re so positive. They bring the team spirit, that DNA of the restaurant is still there and that inspires me to come to work every day.”

According to Farmer, the restaurant team has remained the same since Zén’s opening 18 months ago, in November 2018. Farmer wants to ensure that all his staff are still in jobs, and that their finances, health and wellbeing are cared for.

When Farmer first moved to Singapore, he noticed that there was a very close community of chefs here, and they would often reach out to him, inviting him for food and coffee. He feels this community has grown even closer during the pandemic, as the industry tries to collectively navigate the uncertainties and adversities. "Now we're sharing recipes, we're doing virtual four hands together, passing on positivity — and I think it's a good thing."

RELATED: Why Restaurant Owners Are Banding Together To #savefnbsg

Though still quietly cautious, he is keener than ever to welcome guests back to dine in, and provide them with the in-house restaurant experience they have missed over the two months.

"You go to restaurants, everyone enjoys, and no one really thinks about all the work that is behind that, or the teams. And suddenly, when that's taken away, I think there's a bigger appreciation for everyone," he said. "Everyone misses social interactions."

This article is the second in a 4-part series that looks at how Michelin restaurants in Singapore have banded together as a community, pivoted their businesses and introduced new innovations to continue raising the bar for exceptional dining experiences in Singapore during the city's efforts to contain the spread of COVID-19. 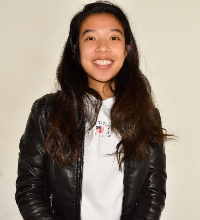