How a small nasi padang food stall in an army camp became one of Singapore’s most sought-after Malay wedding caterers.

It’s well into the fasting month of Ramadan, but at this nondescript Malay eatery in the industrial area of Upper Paya Lebar Road, it’s business as usual. The stainless-steel showcase is brightly lit, with a full spread of colourful nasi padang specialties on display, and at lunchtime, all the seats are filled and a line has started to form.

“Because it’s Ramadan, this is only half of our usual clientele,” says Hafidah Bte Daud, the 48-year-old founder of Muslim Delights. “But I still like my showcase to be full. It gives people that sense of abundance and generosity.” 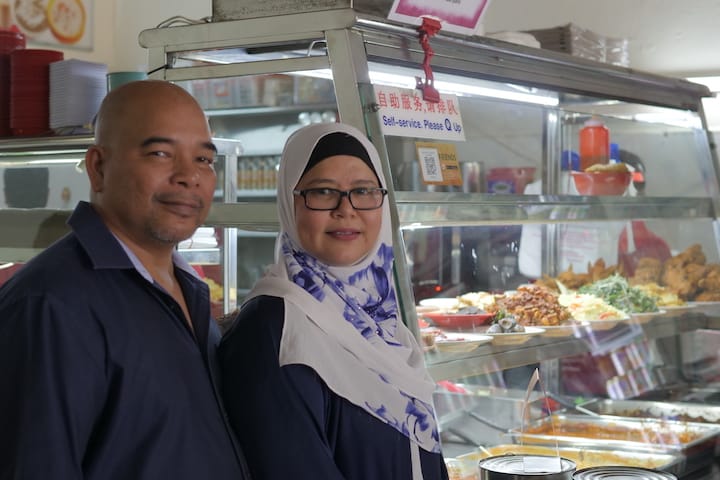 The founders of Muslim Delights, Hafidah Bte Daud and her husband, Zulkifli Bin Mohd.
It’s a practice she’s kept since the eatery’s humble beginning as a small rundown Malay food stall in an army camp, when it was run by her mother. The youngest in a family where her six older siblings had already begun pursuing other careers, Hafidah reminisces: “I practically grew up in that army camp, running around, helping my mother collect dirty dishes.”

As a teenager, she began picking up not only culinary skills from her mother, but organisational skills as well, learning the logistics of turning out thousands of portions of food for hungry soldiers returning from training at short notice.
Advertisement
Advertisement 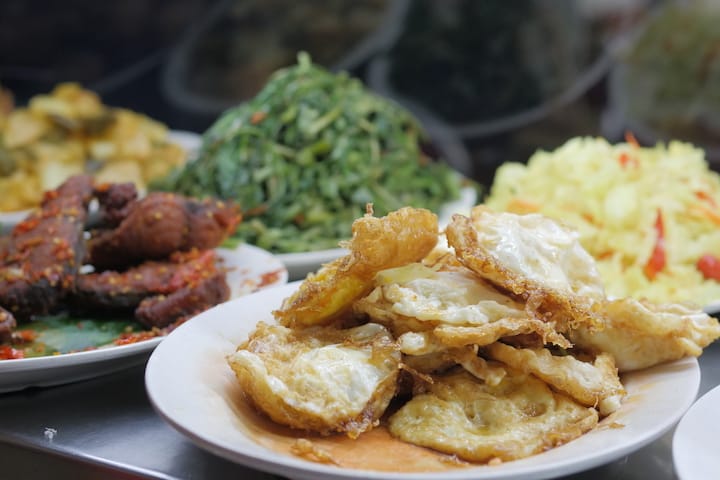 The bountiful display of food at Muslim Delights.
Shortly after she was married in her early 20s, her ageing mother fell ill and Hafidah was met with a crossroads. “At that time, most of my friends were going out into the workforce and I had to decide if I wanted to take over my mother’s food stall. But family legacies are like a magnet, a calling. It’s hard to detach yourself,” she shares. “My mother didn’t let us have it just like that, we had to pay her $1,000. That’s how she knew we were serious about it.”

In the challenging early years, Hafidah’s husband, Zulkifli Bin Mohd, who was a firefighter, spent his free time and off-days running the stall with her. She recalls how hard it was to find and retain good help. For most part, it was just a two-man show. “I had to return to the kitchen just six days after giving birth because there was just nobody else. The saddest part for me was feeling engorged with milk and knowing that my baby was at home hungry and I couldn’t be with her.” 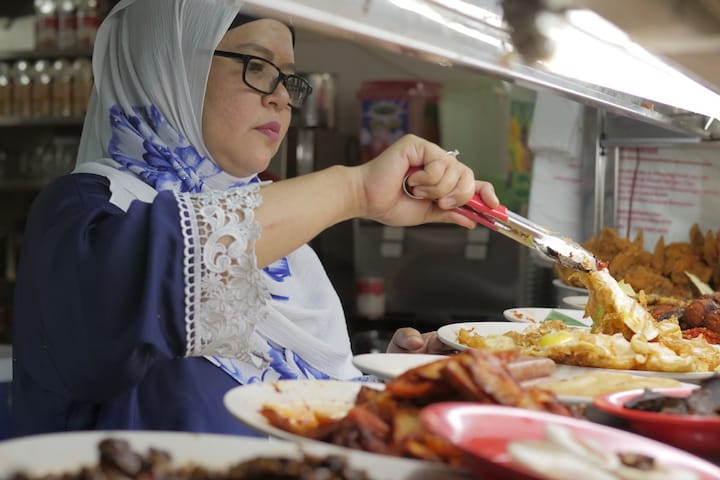 Hafidah took over her mother's humble army camp food stall at a young age.
In 1997, the couple took a leap of faith and moved their business to the industrial estate of Sungei Kadut. “It really took me out of my comfort zone. The army camp was like home to me, not to mention the huge difference in rental costs. I really wondered if we would make it,” she says.

It was a risk that paid off. Her bountiful showcase and signature rendang, biryani and noodle dishes won the hearts and stomachs of the workers there. She continued to feed this community for nearly a decade before the stall moved to a coffeeshop in Paya Lebar and then to its current location in a shophouse along Upper Paya Lebar Road.

During this time, she began to receive requests to cater food for Malay weddings, a job that her time at the army camp had serendipitously prepared her for. She had the skills to cook in huge batches while still maintaining the consistency and quality of her food.

“It has always been about the food,” she says. “I remember a popular Malay wedding emcee once told me that he usually doesn’t eat at the weddings he hosts, but he makes an exception when he knows it’s Muslim Delights. Feedback like that gives me the biggest satisfaction.” 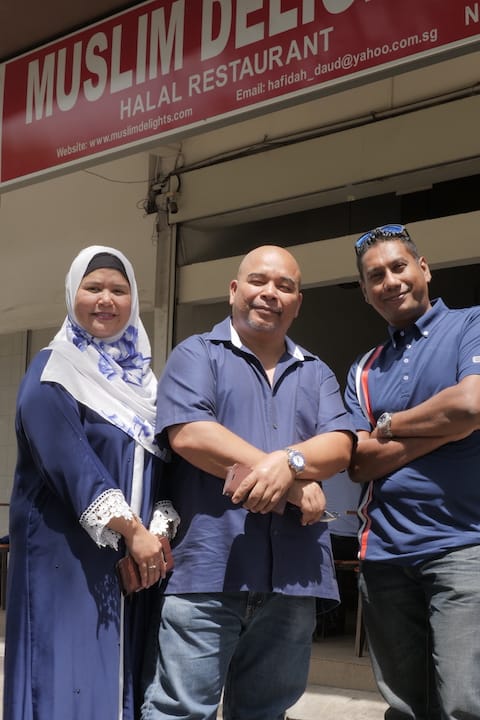 Hafidah’s wedding catering arm grew exponentially through word of mouth and, with the help of business partner Zubair Hassan, expanded to include wedding planning services and luxurious venues in Concorde Hotel, Fave On Orchard and Grassroots Club at Ang Mo Kio.

In recent years, Muslim Delights has made headlines for being the caterer of choice for local and regional celebrities like Malay pop star Taufik Batista, radio deejay KC, Orange CEO Syah Ibrahim and even Dubai-based Zack Zainal, who had his daughter’s wedding organised by Muslim Delights, which took the business to new heights. Hafidah says her wedding venues are booked solid for the good part of the next two years. “It’s selling like hot goreng pisang,” jokes her husband Zulkifli.
Despite their successes, the trio are not content to rest on the laurels. While business partner Zubair is already on the lookout for bigger and better wedding venues, Hafidah still plays an active role training staff in the kitchen and ensuring the consistency of her proprietary sauces. “In the course of this journey, there were so many times I didn’t know if we were going to make it. That we can be where we are today is really God’s blessings, bringing the right people to us along the way.”