Durian lovers have been flocking to durian shops across Singapore to satiate their insatiable cravings for the thorny king of fruit over the past two weeks.

The main durian season in Singapore typically starts from June or July and lasts till September, with durians streaming in by the truckloads from various parts of Malaysia, such as Johor and Pahang. However, a bumper crop of durians arrived from the Causeway in early March thanks to good weather in the Southern parts of Peninsular Malaysia—much to the delight of durian lovers here. Over the past two weeks, prices of the fruit have plummeted by much as 40 per cent.

At the popular Combat Durian on Balestier Road, prices of Mao Shan Wang durians went as low as $16 per kilogram. Prices of the durian in January this year was up $25 per kilogram. It is ditto for other durian hotspots, Durian MPire by 717 Trading on Yio Chu Kang Road and Durian 36 on 608 Geylang Road.

However, all good things must come to an end. Durian sellers say that the current season could end as quickly as in the next 10 days and prices have started to climb steadily due to a drop in supply from Johor.

Ms Linda Ang, owner of Combat Durian, notes that, with the decline of the harvest of Johor durians, she has to turn to the limited durian supplies from Pahang instead. With the drop in supply, prices of the mao shan wang durians have gone up by $3 per kg to $25 per kg, and she has a “very limited” stock of Golden Phoenix and Red Prawns from Tangkak and Segamat, in Johor.

Ms Ang says: “Business has improved by 10 to 15 per cent over the past two weeks as customers see that the prices are so low making them tempted to try, but some customers may drop out soon as prices start to increase.” 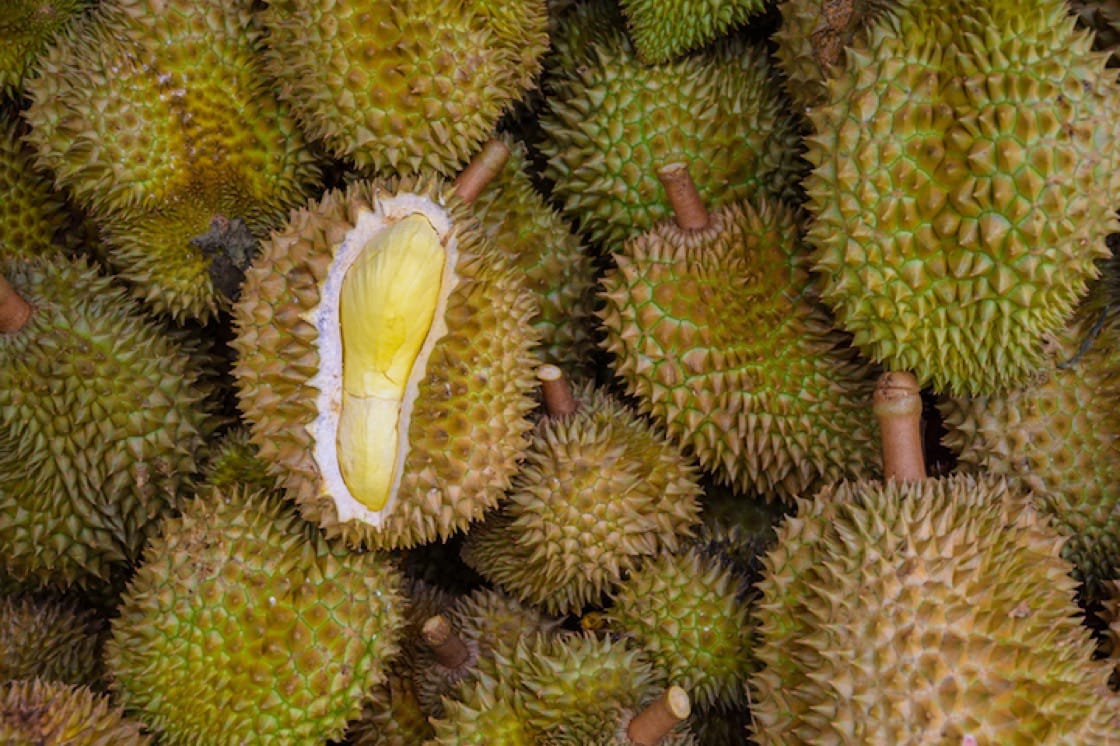 The recent durian windfall in March is about to end soon, but the main durian season of the year is expected to start in June or July of this year.
At Durian 36, prices of mao shan wang durians from Johor was at $16 per kg at one point this month; it has now gone up to $22 per kg. Owner Alvin Teoh adds that the durian supply could have been reduced by the surge of customers over the past two weeks—his shop has seen “good crowds”. However, he is confident that durian supply will surge in mid-July with durian flowers in Malaysian farms on their way to blooming.

Mr Goh Ming Hong, owner of Durian MPire by 717 Trading, notes that the cost price of durians from suppliers can increase by RM3 to 4 per kg on a daily basis due to mounting demand. He says: “The newspapers reported the drop in prices about 10 days late so people had less time to enjoy this season”.

Durian season is expected to make a comeback in July this year. Mr Goh says that it is difficult to predict the stock of durian these days due to uncertain weather conditions. Last July, adverse hot weather spells destroyed many durian flowers, which caused a dwindling in durian supply.

Besides the weather, Mr Goh cites growing competition from wholesalers from China as a cause of the price increase. “The demand from China is huge—they can order 10 tonnes of mao shan wang durians in two or three days and we have to compete to get better quality durians”.

He gives it about 10 days before the current durian season ends.

“We receive long queues at the stall and most of our durians need to be reserved. Although we tell customers that durians are not at their peak quality now, they still give in to their cravings”.
Advertisement
Advertisement 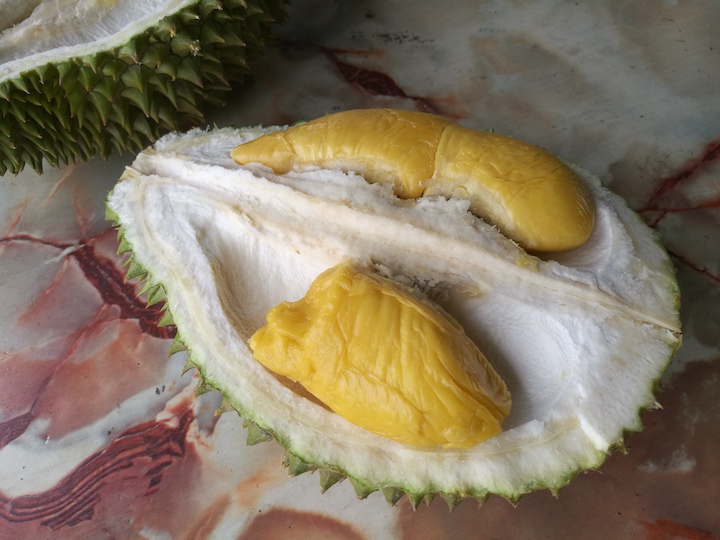 What: Mao Shan Wang remains the most popular variety of durian in Singapore with its surprising combination of bitter and sweet flesh in one fruit. Besides a beautiful yellow-coloured flesh, it also boasts a creamy texture.

What: This varietal is known for its slight bitter tinge in a generally sweet flesh, which has a more runny texture.

What: Like its boozy name, the strong-tasting and bitter flesh is fermented longer in the fruit, giving it an almost alcoholic aftertaste. The texture is slightly watery. 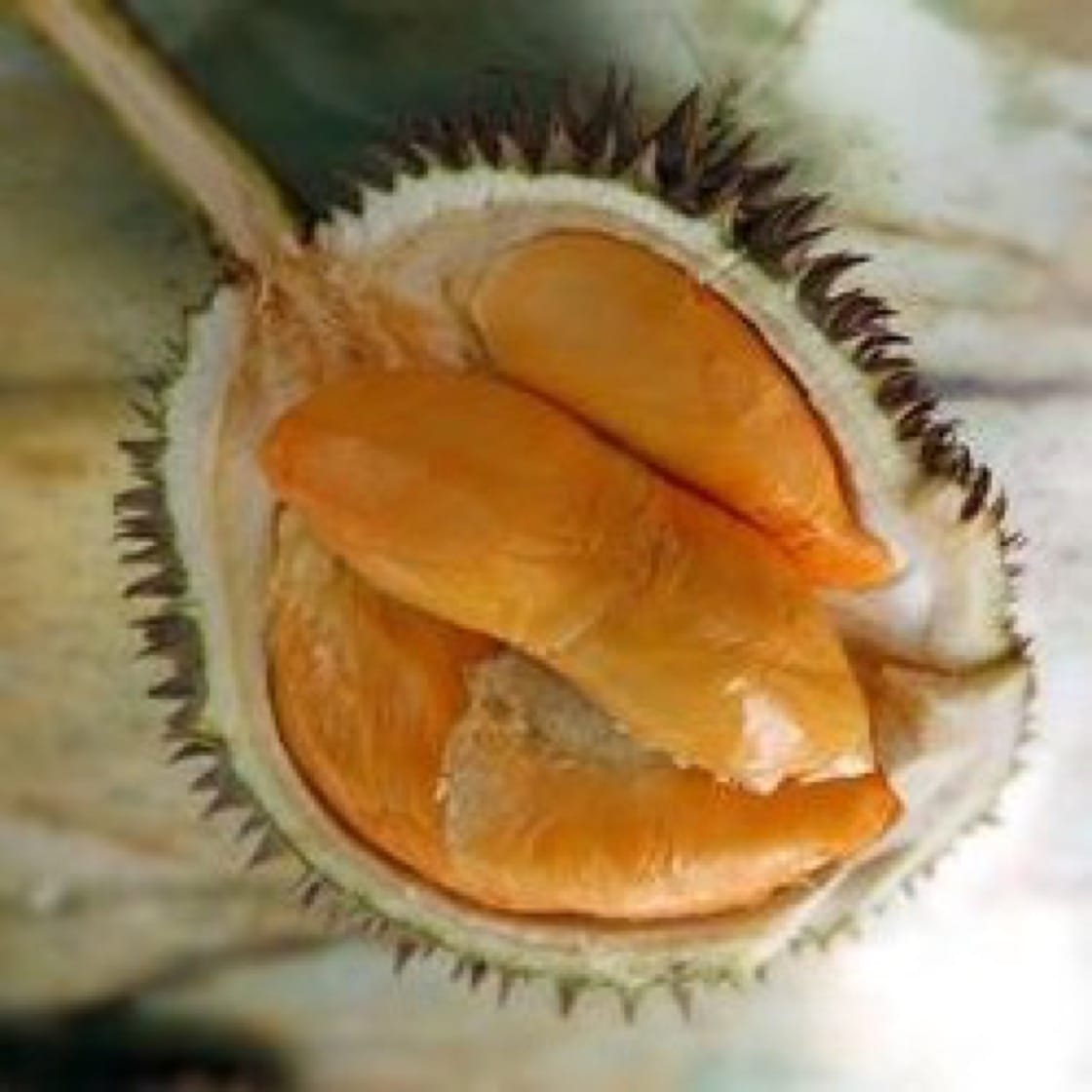 What: The Red Prawn gets its name from its vibrant orange-red flesh. Creamier and stickier than most durians, it is more sweet than bitter. The taste of this durian varies based on the age of the tree that it has grown on. Younger durian trees yield sweeter fruit while the more mature trees produce bitter fruit.

What: The green bamboo is famed for having buttery and fibrous flesh that is mainly sweet. Look out for a yellowish hollow core when the fruit is pried open.

What: New to durians? Start with the D24 to ease your experience with the king of fruit. Slightly less overwhelming in flavour, it is known for its sweet and nutty flesh with a subtle bitter after-taste. The flesh is thick, creamy and smooth. 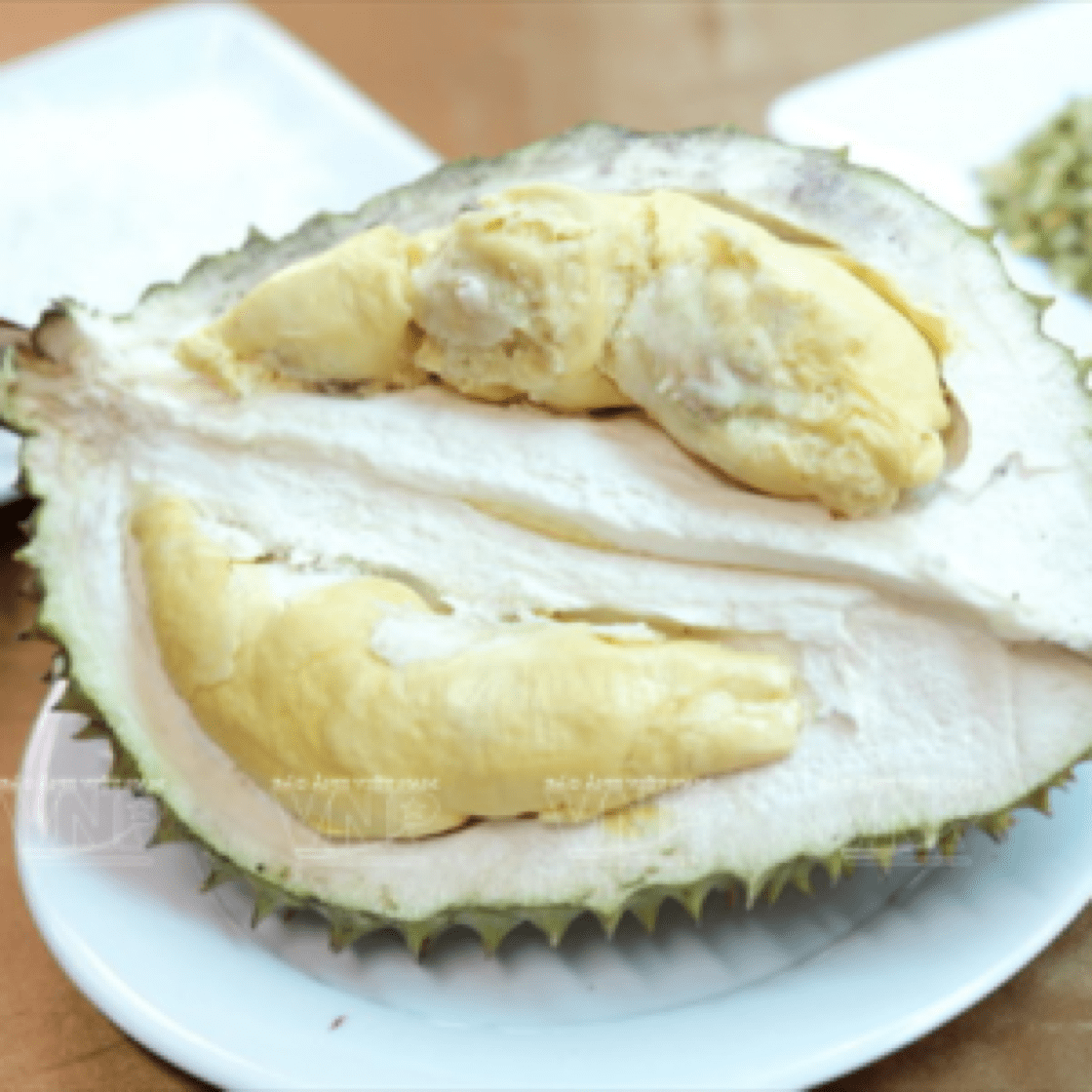 One of the rarer durian species, the Black Pearl gets its namesake from its pale yellow flesh that has light shades of grey. Its smooth and creamy flesh is bittersweet.
Advertisement
Advertisement

A round-up of good eats and dining news from Singapore in September 2018.

Known for its towering milkshakes and classic burgers, the famed celebrity haunt will offer items exclusive to Singapore. You may even spot some local stars.