Francophile foodies can expect French cuisine with a feminine touch when world-renowned chef Anne-Sophie Pic of her family’s three-Michelin-starred restaurant, Maison Pic in France, opens its first Asian outpost in Singapore in the first quarter of next year.

Pic, who is part of a handful of female chefs who helm three-starred restaurants around the world, will open a 50-seat fine-dining restaurant, La Dame de Pic, in the 130-year-old Raffles Hotel in Singapore, which is undergoing a major interior spruce-up.

In an interview with the MICHELIN Guide Digital, the third-generation chef-owner of Maison Pic says that it is humbling to take her place among fine-dining restaurants in Singapore. She adds: “The special feature of La Dame de Pic will be the femininity of my cuisine and its aromatic approach. I want to share my vision and focus on the harmony of flavours that is the main medium to express my emotions.” 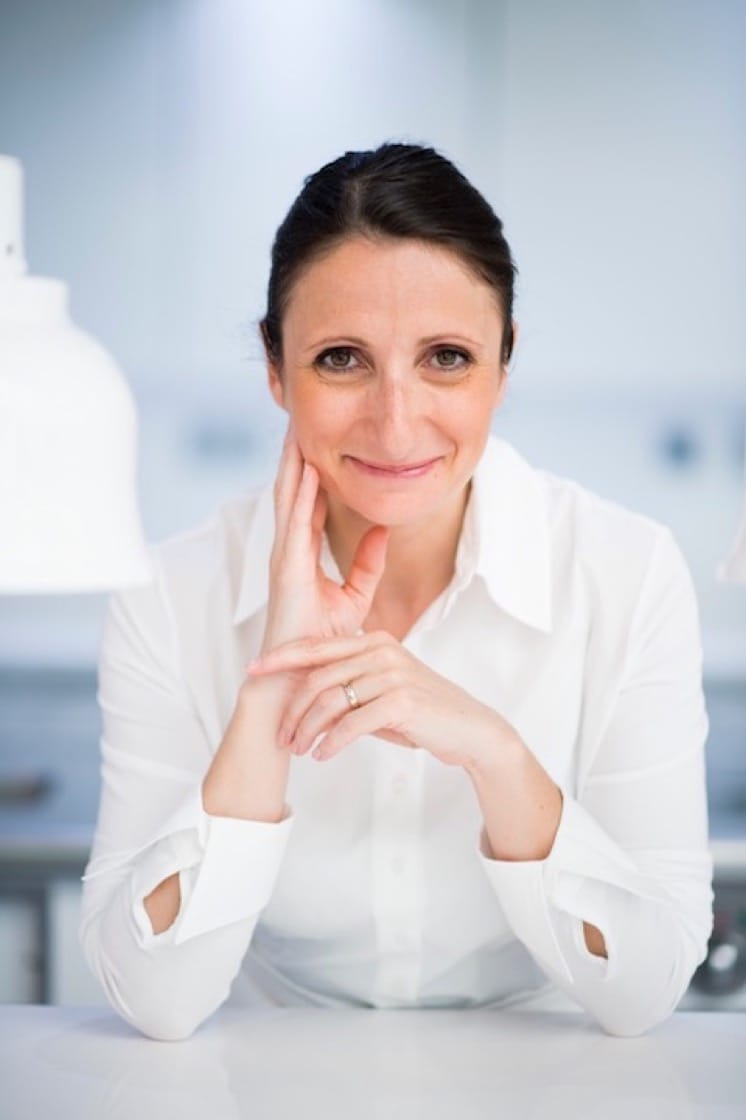 Immaculately designed dishes with complex aromas and flavour combinations are closely associated with Pic and her restaurants around the world. Her empire of 10 restaurants include the two-starred eponymous restaurant in the Beau-Rivage Palace Hotel in Lausanne in Switzerland and La Dame de Pic in Paris and London, which have garnered one star each.

When Raffles Hotel approached Pic with the opportunity to front a restaurant in the historic luxury hotel, she felt “very proud and honoured to be part of a legendary place that is full of history”.

comes from a long lineage of French chefs that founded Maison Pic in 1889. In fact, she was a guest at the hotel on a trip to Singapore in 2000. She recalls: “I was amazed by the architecture, design and traditions of this historical building.”

According to Pic, Singapore makes a good location for the third outlet of La Dame de Pic as “the concept of gastronomic restaurants with a very casual approach is a really seductive one nowadays”. La Dame de Pic will be located in the main building of Raffles Hotel. 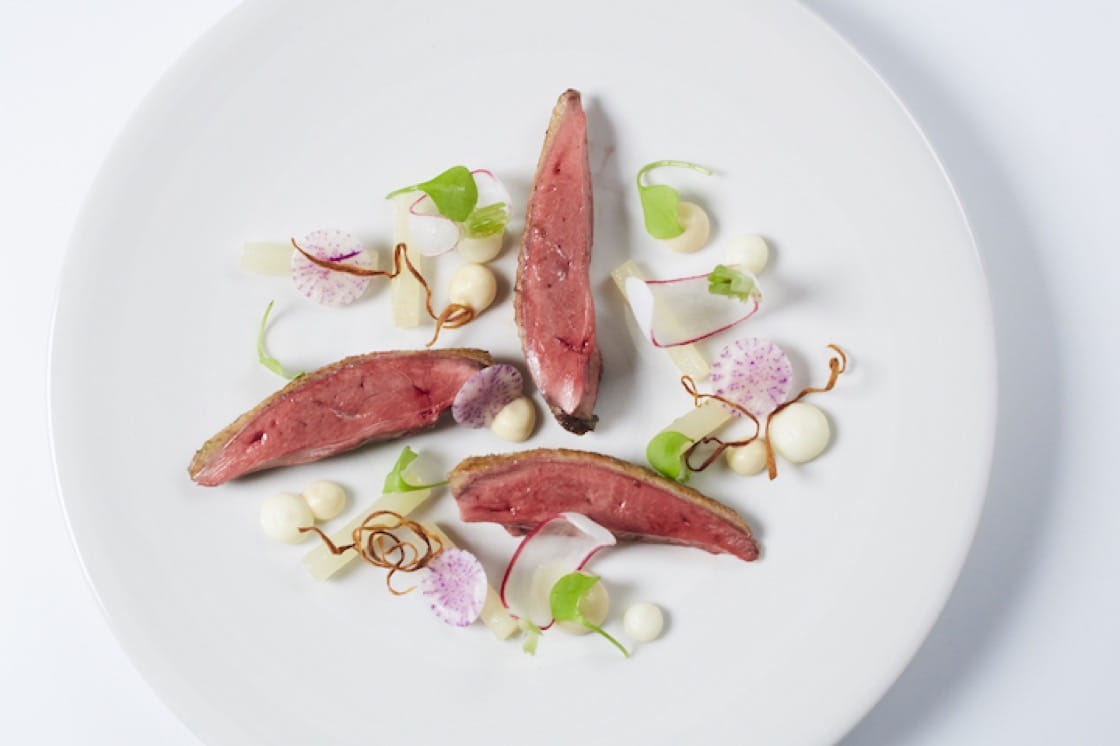 Brittany Pigeon (Credit: Anne-Sophie Pic)
Besides promising a strong focus on local ingredients, Pic hopes that her Singapore debut can be an introduction to her hometown of Valence in south-eastern France, where Maison Pic received its first Michelin star under the charge of her grandfather, Andre, in 1934. The food will be complemented with an international wine list that gravitates towards Pic’s birthplace, the Rhône Valley.

While the menu of La Dame de Pic in Singapore is still in the works, one dish that diners can look forward to is her signature berlingots. The pyramid-shaped matcha-flavoured pasta, which is named after the French hard caramel candy, is stuffed with ingredients such as Banon, a soft goat's cheese with a natural rind produced in Alpes-de Haute-Provence, mascarpone cream and brousse de brebis (a sheep milk cheese). 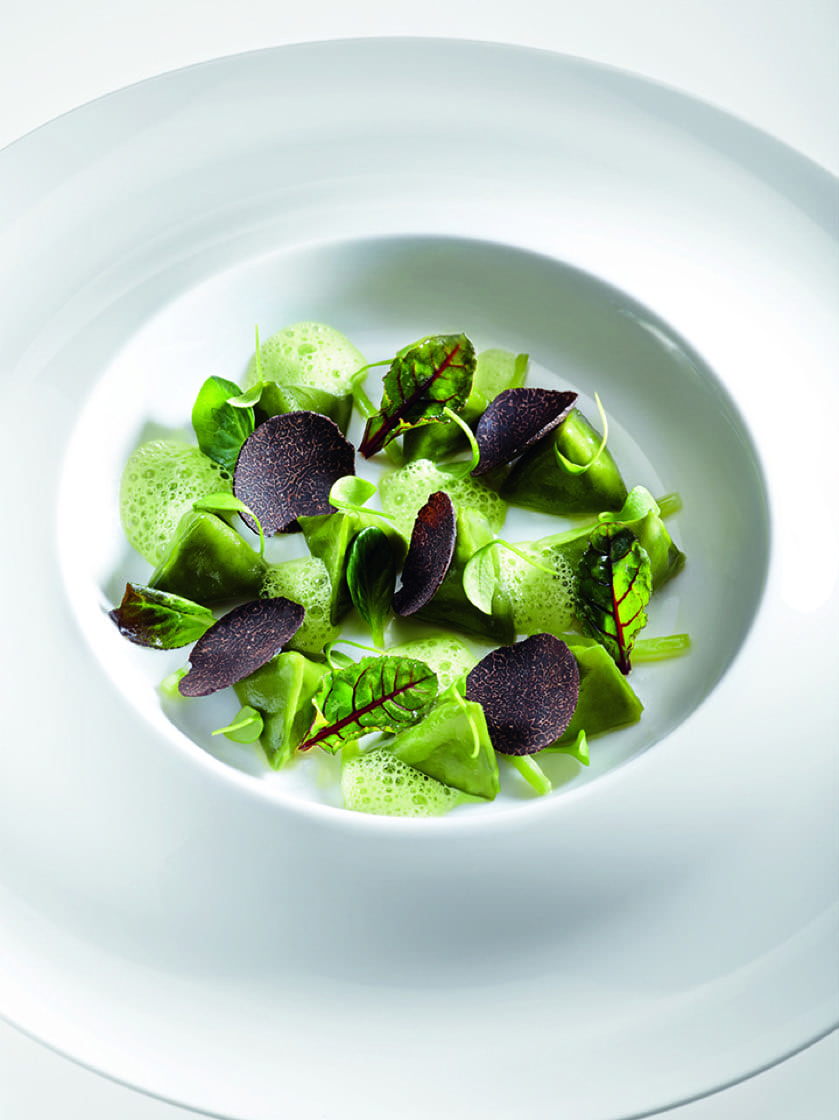 Pic reveals that the berlingots will be “adapted to Singapore’s spirit”, as part of her kitchen research work on vegetables, spices, alcohols and marinades. Pic, who worked as a management trainee in Japan before taking over Maison Pic in 1997, is known for weaving in Asian ingredients and ideas in her contemporary French dishes. Some of her Asian-inspired dishes include lobster in red fruit dashi, and courgette dashi with John Dory fillet. Green cardamom and turmeric are among her favourite spices.

To build a unique identity for her Singapore restaurant, she will be in town “as often as it is required”. She says: “I will be taking some time during my next trip to Singapore to discover the local food scene with my Singaporean colleagues and I am already looking forward to that experience.” 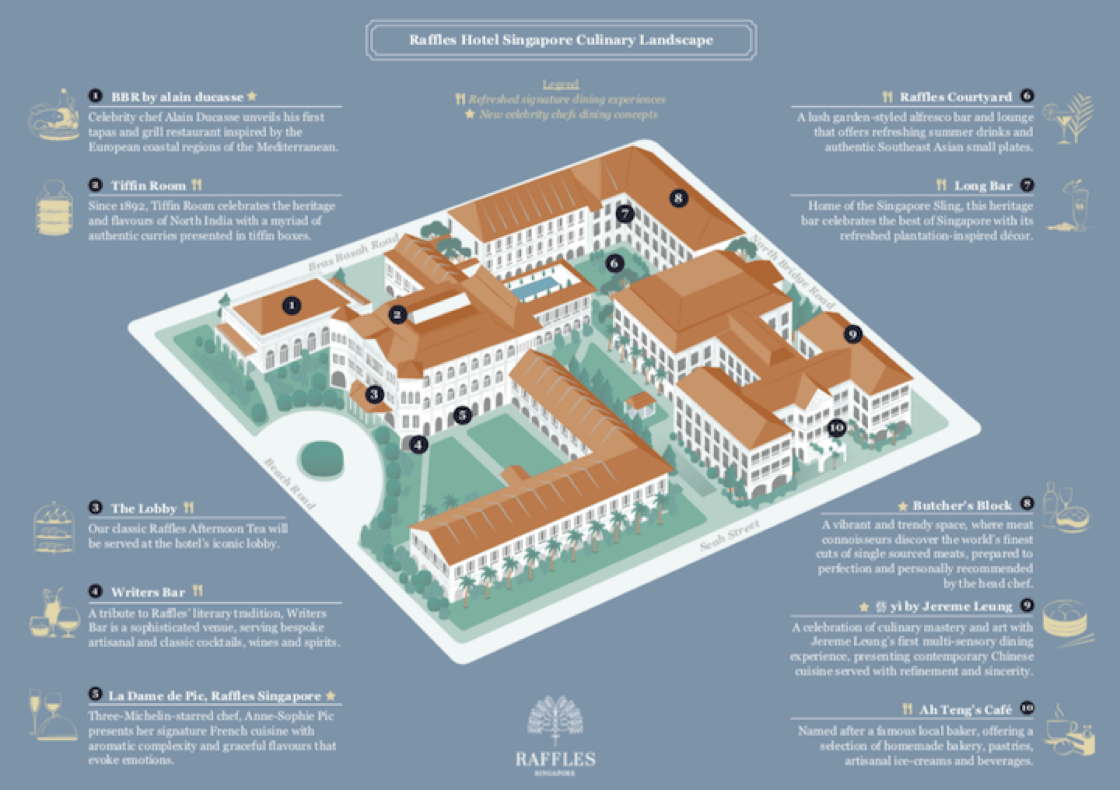 Besides La Dame de Pic, the revamped 115-suite Raffles Hotel, which will boast 10 eateries, also house two other restaurants by celebrated chefs. French celebrity chef Alain Ducasse will make his foray into tapas and grills with BBR by Alain Ducasse. The restaurant, which takes over the bar at the Bar & Billiard Room, will serve food inspired by the Mediterranean coastal regions of countries such as Portugal, Spain, Italy and France.