Behind The Bib: A Noodle Story

What exactly is Singapore-style ramen, and what made two young chefs leave promising careers in fine-dining to peddle their $6 bowls?

Behind The Bib hawker

Who’s behind it:
Don’t belittle the humble hawker stall of all of 6 sq m on the ground floor of Amoy Street Food Centre - the two men behind it, Gwern Khoo and Ben Tham, have some stellar fine dining chops.

Khoo switched out of his electrical engineering course at the age of 16 to join culinary school Shatec, where he met Tham as classmates. After graduation, both men went on to pad their resumes with stints in the city’s top fine-dining joints such as Iggy’s, Jaan par Andre (then helmed by Andre Chiang now of two-Michelin-starred Andre, before it was rebranded as Jaan), and Saint Pierre before starting A Noodle Story three years ago.

(Read more: How Jaan Became A Hotbed For Singapore's Most Celebrated Chefs)

“I’ve always known from an early age that I wanted to run my own business,” says Khoo. “And Ben and I did a lot of projects together while we were in Shatec, so it was a natural partnership.” 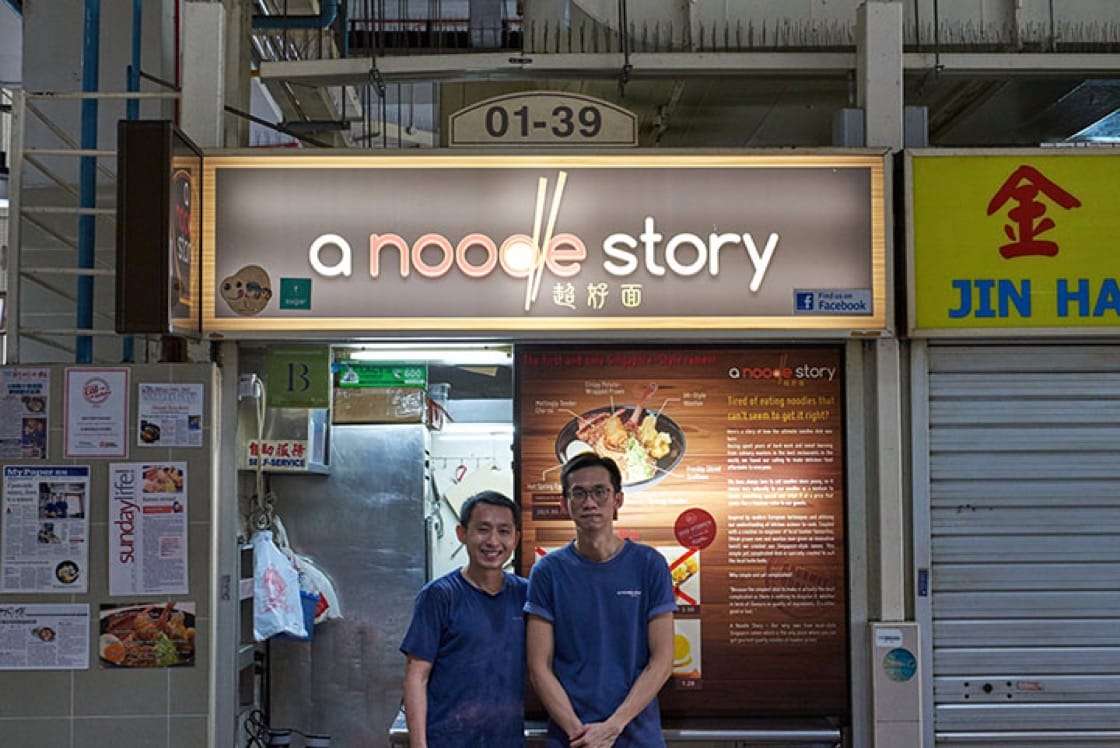 A Noodle Story chef-owners: Gwern Khoo (left) and Ben Tham, who met as classmates in Shatec

How it got its name:
A Noodle Story takes after Khoo’s now-defunct blog, The Chef Story. “People love stories. With every new cafe that opens, people like to reflect on the owners’ background, the history behind the place and the inspiration behind the food,” he explains.

But his was more than just a food blog: he used it to log records of his kitchen experiments, from making carrot cake from scratch, to his takes on popular recipes, and other research and development efforts for new dishes.

“Being a chef is hard work. You have to keep finding inspiration to keep yourself motivated. From my batch of 30 Shatec graduates, only 10 are still chefs, the rest have moved on to other roles or left the industry,” he says. “The pay is low, so you’ve got be passionate to be able to sustain your interest.” 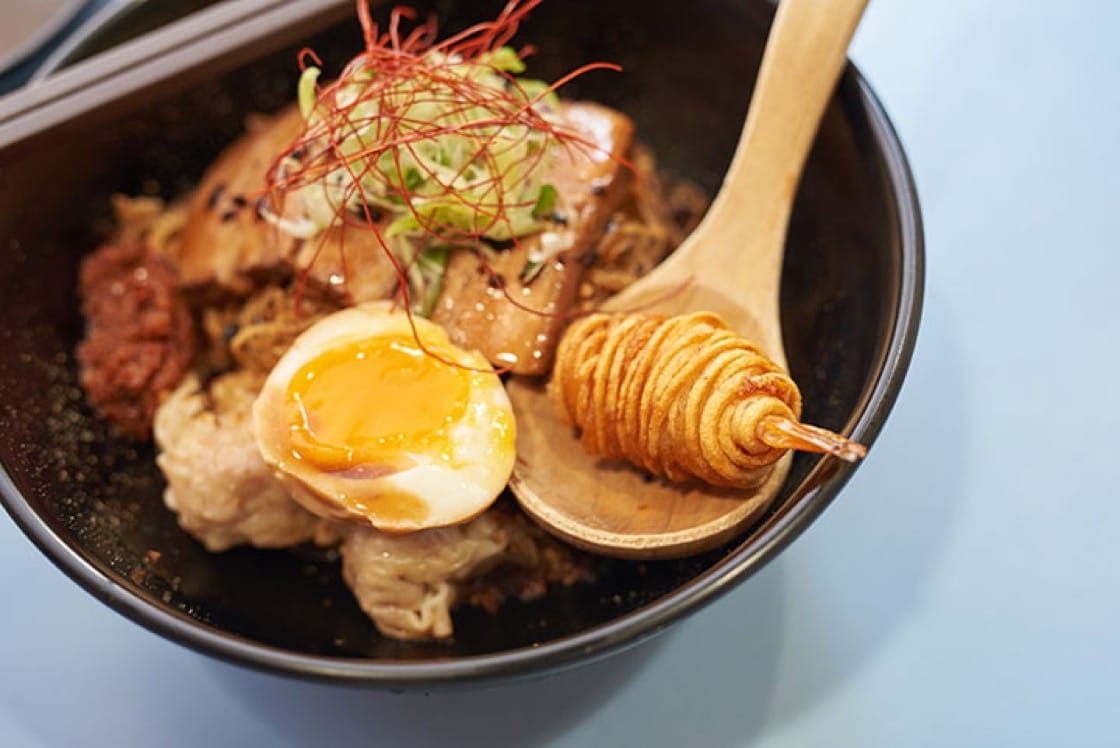 Think: a marriage of Japanese ramen with Hong Kong-style wanton mee, accompanied by a slab of char siew cooked sous-vide for 36 hours and then lightly smoked with wood chips, and finished with a Singaporean flourish of homemade sambal and hae bee (dried shrimp). It was conceptualised after a moment of inspiration that struck Khoo as he was sitting on a bench outside the Marina Bay Sands during lunch break.

“I was working as a chef de partie at Waku Ghin at the time, and learnt many techniques from the Japanese chefs working there," says Khoo of the dish's Japanese influence. "Ramen was also very popular then, there were three or four shops opening every week."

"And I’ve always loved local wanton mee - its springy texture and large shrimp wantons. I can eat it every day.” He adds, "the dots began to join."

The duo only serve a maximum of 200 bowls a day “to maintain quality and consistency” - typically 130 bowls at lunch and 70 for dinner - and they tend to sell out by 1.45pm at lunch and 7pm at dinner.

“And mainly because I love to cook - I like when people come up to me to tell me that they like the food.”

“A Noodle Story will be collaborating with Moosehead for the latter's inaugural Supper Series from 10pm till late on November 4. Together with Moosehead's head chef Seumas Smith, A Noodle Story's Ben Tham and Gwern Khoo will present an original noodle recipe and a selection of inspired dishes and sides including a seductive slab of Inka-roasted Spanish Pork char siew, bacon-wrapped wontons, deep fried shrimp wontons with garlic miso dip and char-grilled brocollini.”