The Michelin Guide Singapore digital team goes on a monthly eating trail to bring you noteworthy new dishes from the city’s latest openings and tried and tested restaurants.

It might be perpetual summer in Singapore, but this month's new dishes celebrates the vibrant produce that the season brings. Also on the list: a new wood-fired pizza joint by Beppe De Vito of one-Michelin-starred Braci, a Spanish casual joint in Orchard, and a chocolate patisserie for a taste of single origin chocolates 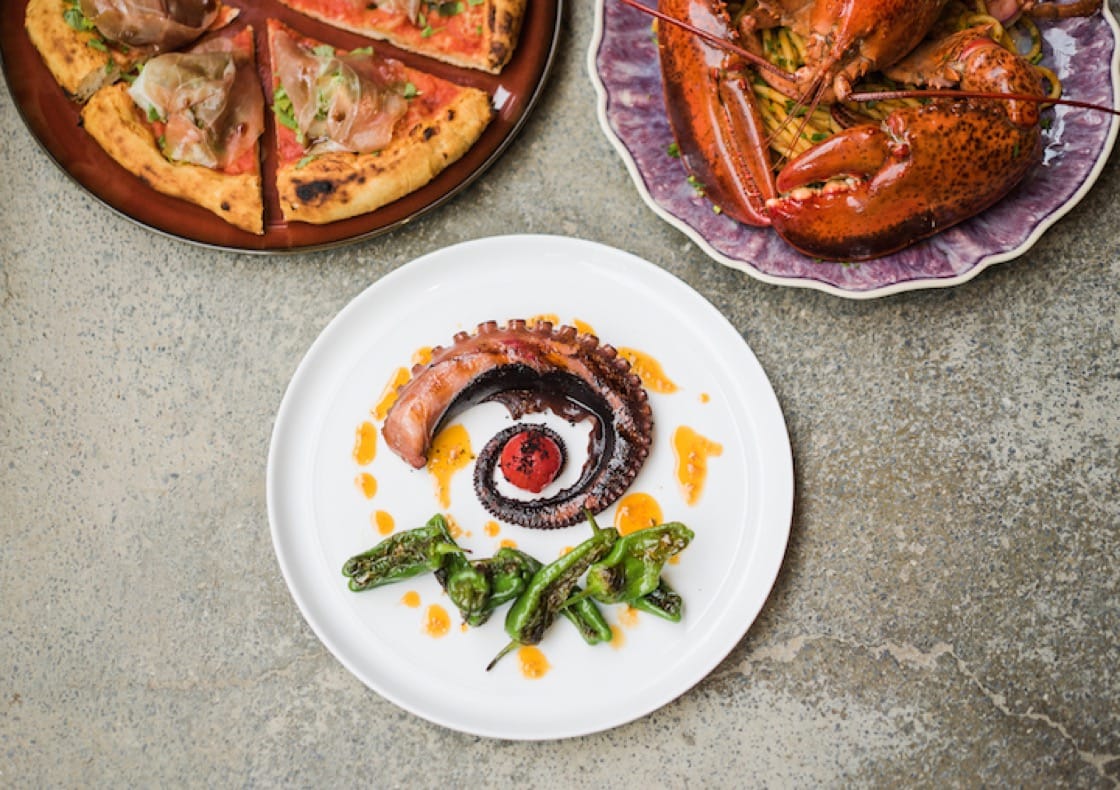 Beppe De Vito’s latest concept, Amò, is what happens when the chef-restauranteur of one-Michelin-starred Braci spins his magic on a space that used to be a dried sotong (cuttlefish) warehouse. The lofty interiors here now take on a warm vibe filled with the enticing aromas of freshly baked pizza. Wood, fire and dough are the three key ingredients for a delicious pizza to take shape and De Vito checks all three boxes with ease. The pizza dough here is first left to rise for 72 hours, then fed into a deep tome where it is fired up over almond wood. Attention to detail counts, and it shows in how the cooks here make the pizza. Bone Marrow pizza, for instance, is slathered in piquant wild garlic pesto and a punchy anchovy salsa, then expertly sliced before each individual piece is gilded with fatty marrow — so there’s no gripe over who gets the most laden slice. 33 Hong Kong Street.
Advertisement
Advertisement 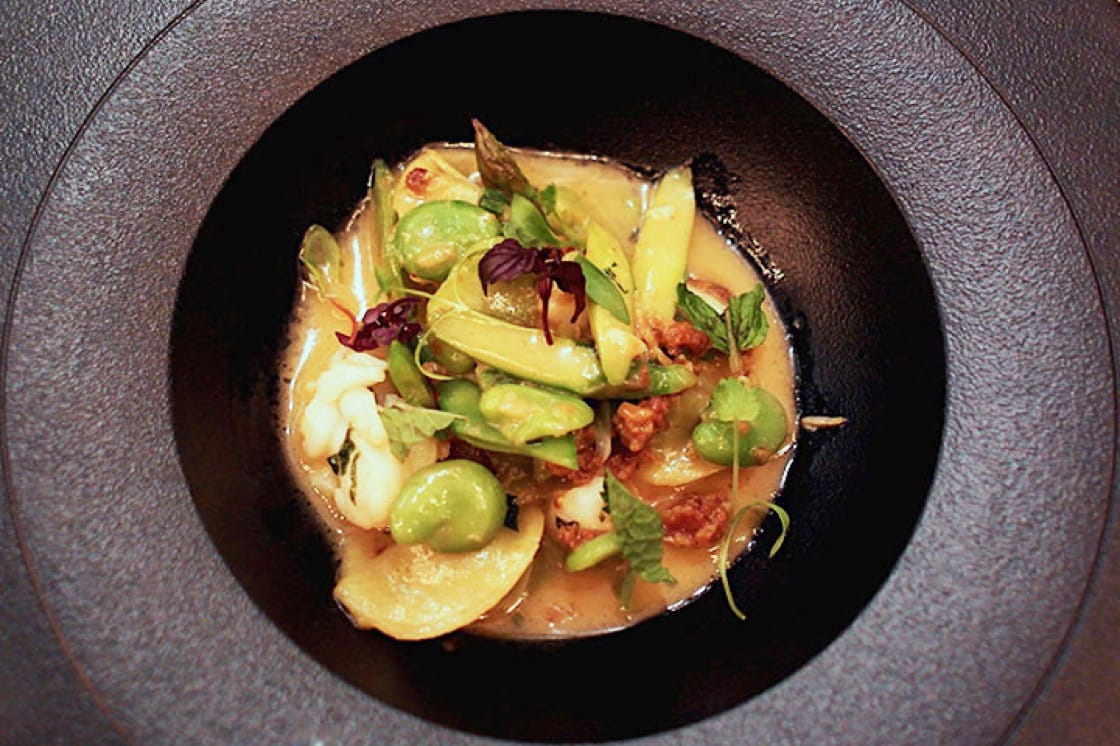 Chef Lino Sauro might be busy with his new Sydney restaurant, Olio, right now, but the menu at seven-year-old Gattopardo remains in good hands with chef de cuisine Dylan Cheong (formerly from Osteria Mozza) at the helm. What we gleaned most pleasure from is a simple dish of cappelletti. The hat-shaped parcels are stuffed with pureed green peas, alongside sautéed scampi, asparagus and fava beans. But the star of this dish is vegetable stock, a clear dashi-like broth that is suffused with the richness of butter and rendered parma ham lard that brings out the flavours of this dish. 34 Tras Street. 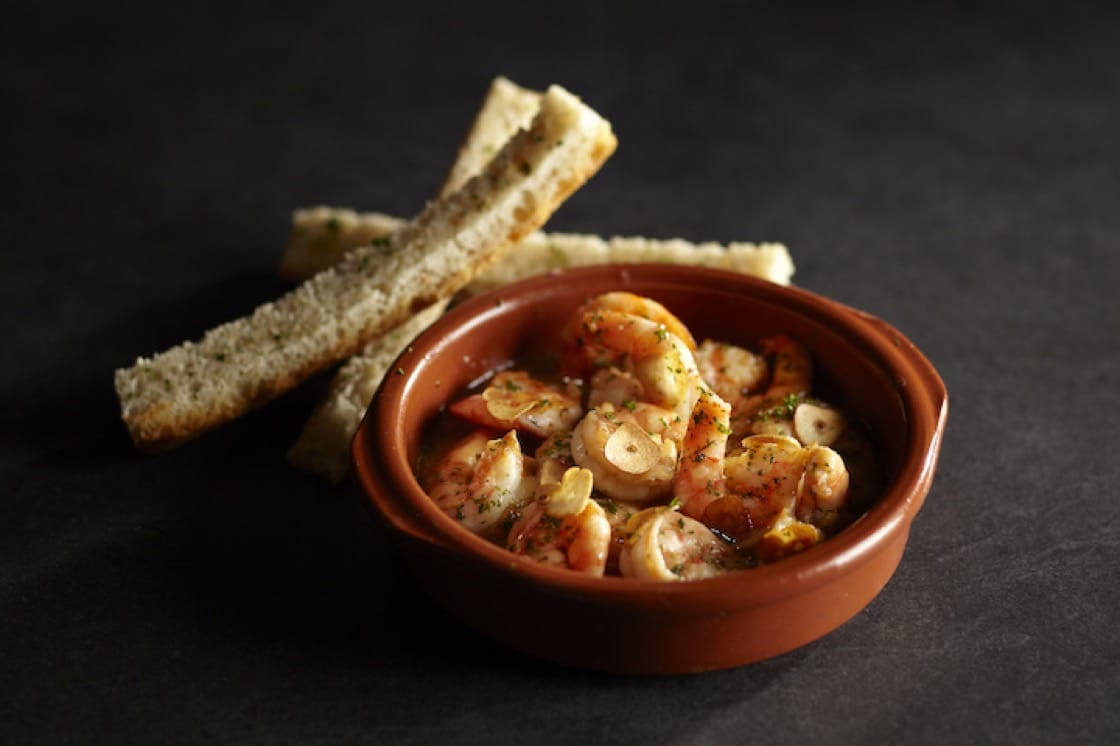 Tapas Club is the latest casual Spanish restaurant to open in Orchard Central, headed by Spanish executive chefs Jose Alonso of Binomo in Singapore and the young Manuel Berganza formerly from one-Michelin-starred Andanada in New York city. Prices here are kept low to avoid sticker shock, but the quality of food remains top-notch. A classic Catalonian dish of gambas al ajillo (shrimp in garlic), for instance, is served traditionally in hot oil infused with garlic and the sweetness of the shrimp, with crusty slices of bread baked in-house to mop up all the buttery juices. #02-13 Orchard Central, 181 Orchard Road. 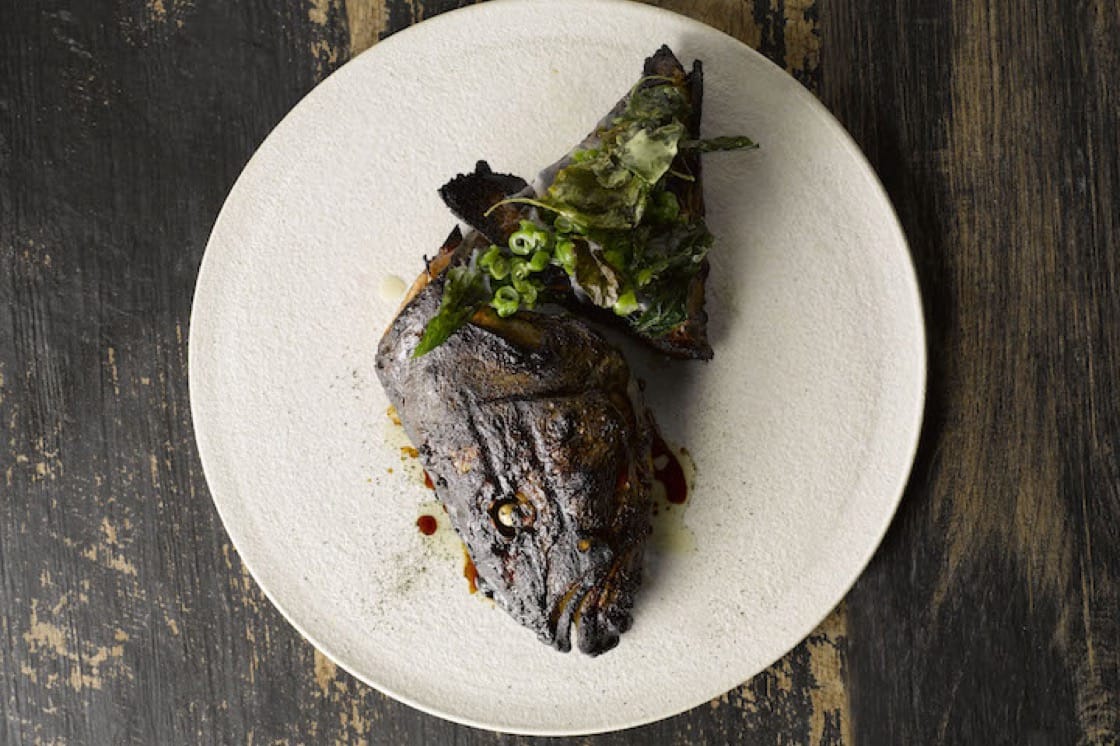 Executive chef Drew Nocente has shown off his skill at turning off-cuts of pork and beef into platters of tasty charcuterie such as lardo with truffle honey and chilli for a touch of spice. Now, he’s turned his hand to smoking, curing and pickling seafood. Hamachi collar, for instance, is grilled over the Josper and served with thin strips of lard that bring out enhance the smoky charred tender flesh. But it is the smoked eel pate that is a highlight on the lunch menu here — Nocente lightly smokes Japanese eels, fries shallots in butter, works in some white wine and blends and folds crème fraiche to create a luscious quenelle of creamy pate to be spread over slices of crusty sourdough. 12 Purvis Street. 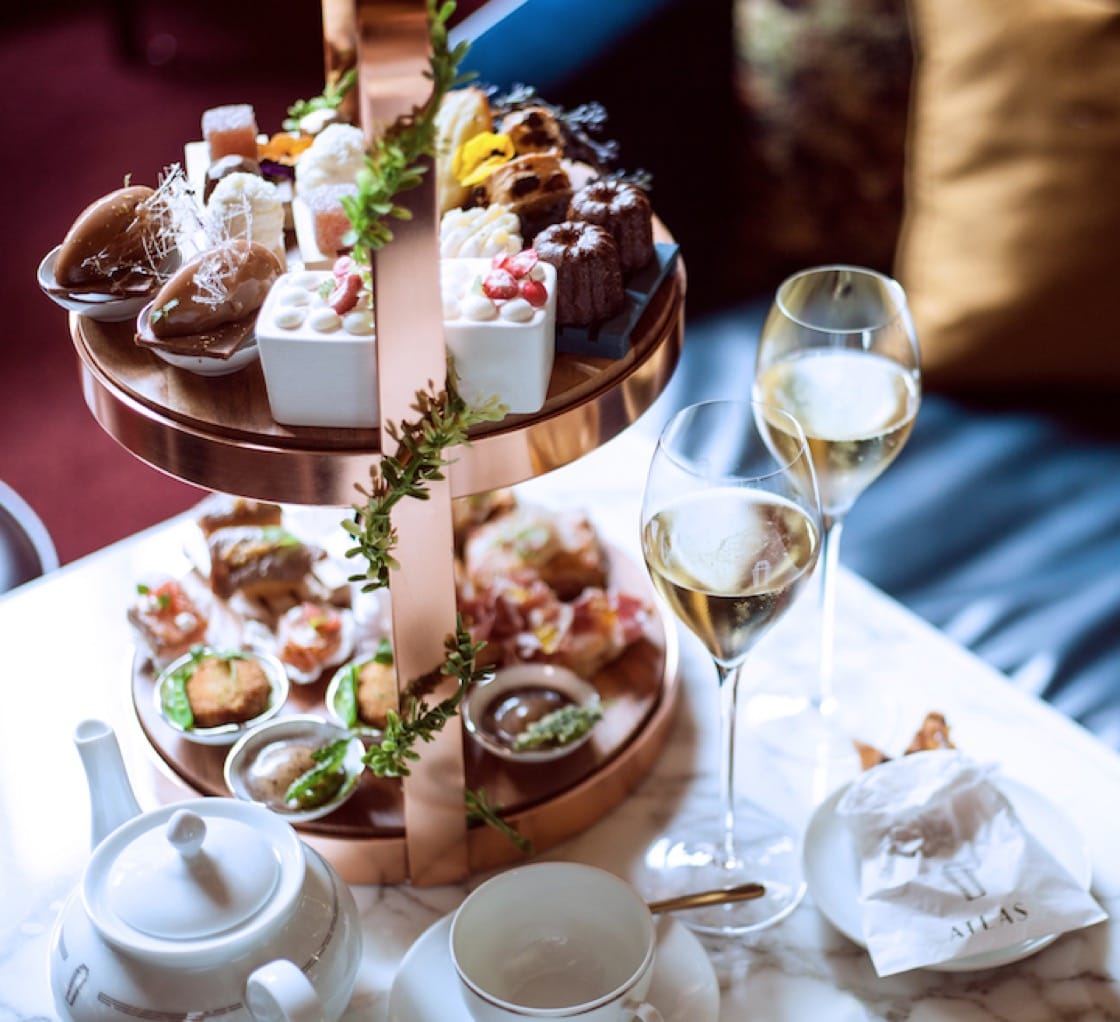 Occupying the lobby of Gotham-like building Parkview Square, Atlas Bar has gained top spot as the hottest bar in town right now, with its gin-focused cocktail menu and swanky interiors to match. But there’s no reason to keep this beautiful space a night-only spot. The new afternoon tea menu means you can sit back on the plush seats and enjoy the soft rays falling on the marble counter tops, while tucking into a fancy spread. Finger bites here are not just miniature quiches and sandwiches; instead, chef Daniele Sperindo has come up with exquisite snacks such as a sliced A4 wagyu with a spicy marie rose espuma on a crisp cracker, and rich desserts in the form of hazelnut creameaux and gin-infused cheesecake. Best paired with a glass of champagne or a cup of Sicilian Blood Orange Pu Erh, a vintage, fermented black tea pu-erh cured with orange peel. Lobby, Parkview Square. 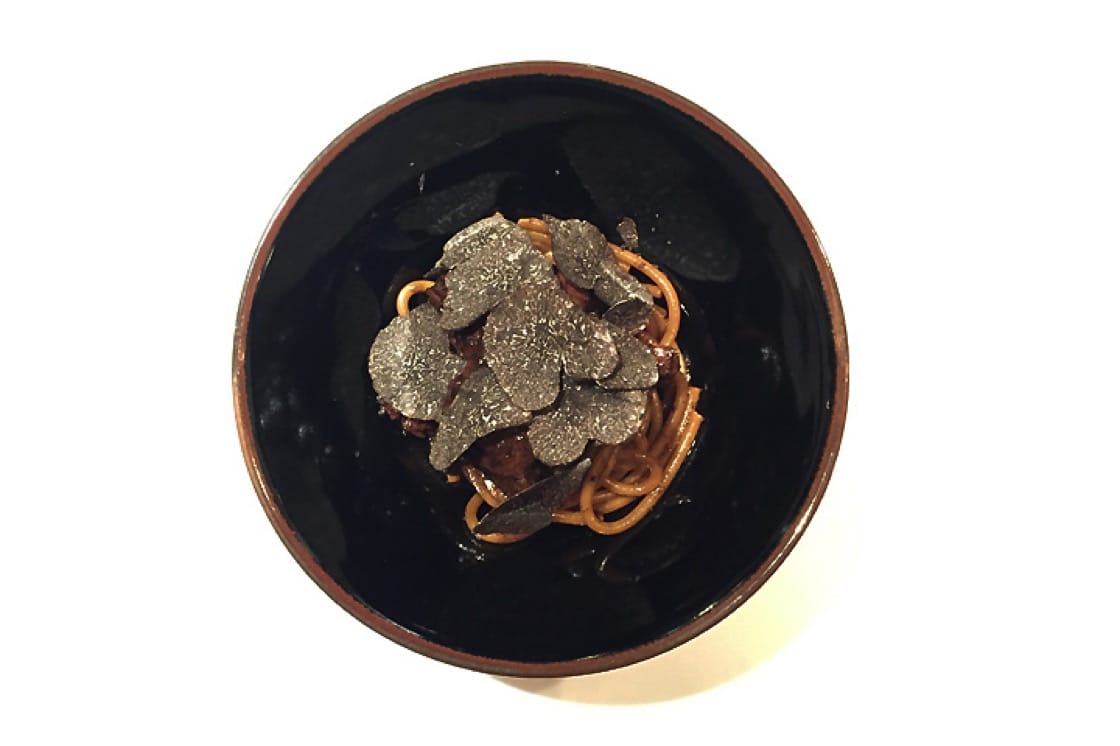 The common sense approach to dig in to a really good pasta is head to an Italian restaurant where the people behind the kitchens are actually Italian. One-Michelin-starred Iggy’s proves that train of thought wrong with Spanish-Australian chef Aitor Jeronimo Orive’s bucatini. Here, the tube-shaped pasta is cooked till al dente and lathered in a gratifying oxtail ragout that’s been braised for eight hours until its flavours reach a deep umami complexity. The ensemble offers spoonful after spoonful of deliciousness complemented by the earthy aroma of fresh black truffles served in generous discs. This dish can be had at the newly conceived gastro-bar where guests can choose between two different portion sizes. Level 3, Hilton Singapore 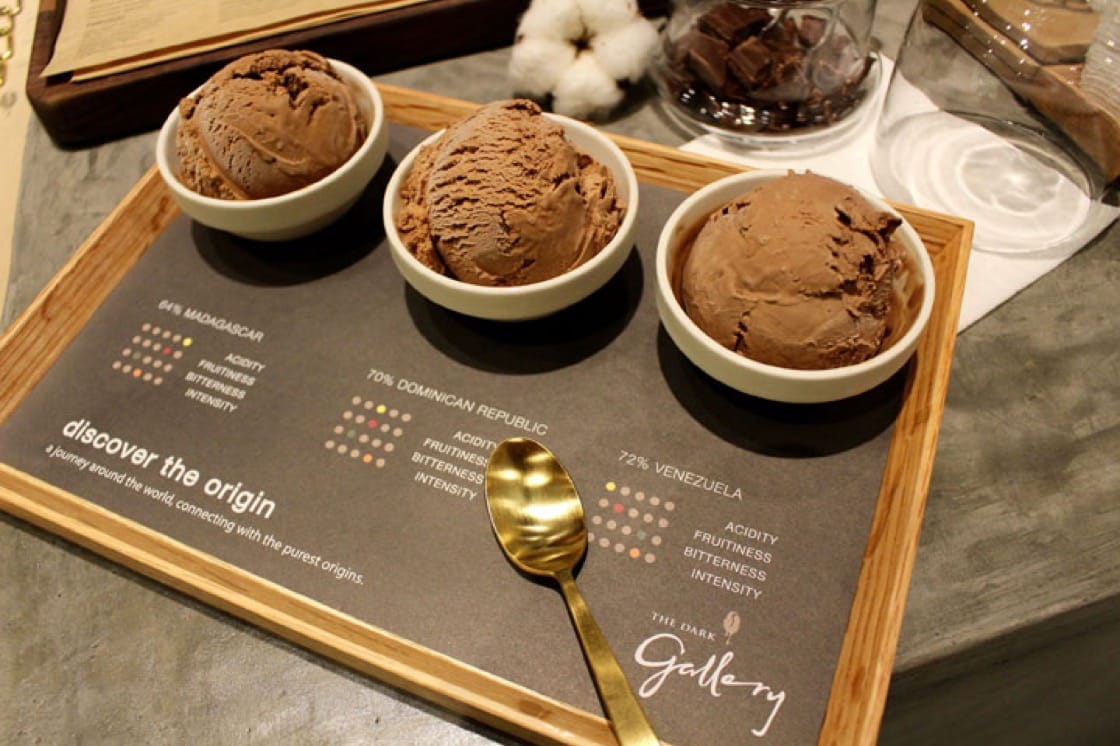 Mention single origin chocolates and the response you’d get – depending on who you speak to – would be dismissive eye rolling by one, and jazz hands by champions of terroir-sensitive produce on the other. The Dark Gallery might be just the place where both factions could have something to indulge in. The chocolate patisserie serves up single origin chocolates teased into a range of pastries and ice creams along with its produce’s original tasting notes to make it that much approachable. The Single Origin Ice Cream platter which comes as a trio of scoops served on a tray is the perfect vehicle to sample cocoa grown in a variety of regions at varying levels of cocoa content. It starts from the 64 percent Madagascar on to 70 per cent Dominican Republic and ends at 72 percent Venezuela where the higher the cocoa content is, the less sweet it becomes. Purists who prefer to savour the purity of the chocolate though can choose from a range of chocolate bars made by a local chocolatier for the patisserie. #01-K5 Millennia Walk, 9 Raffles Boulevard. 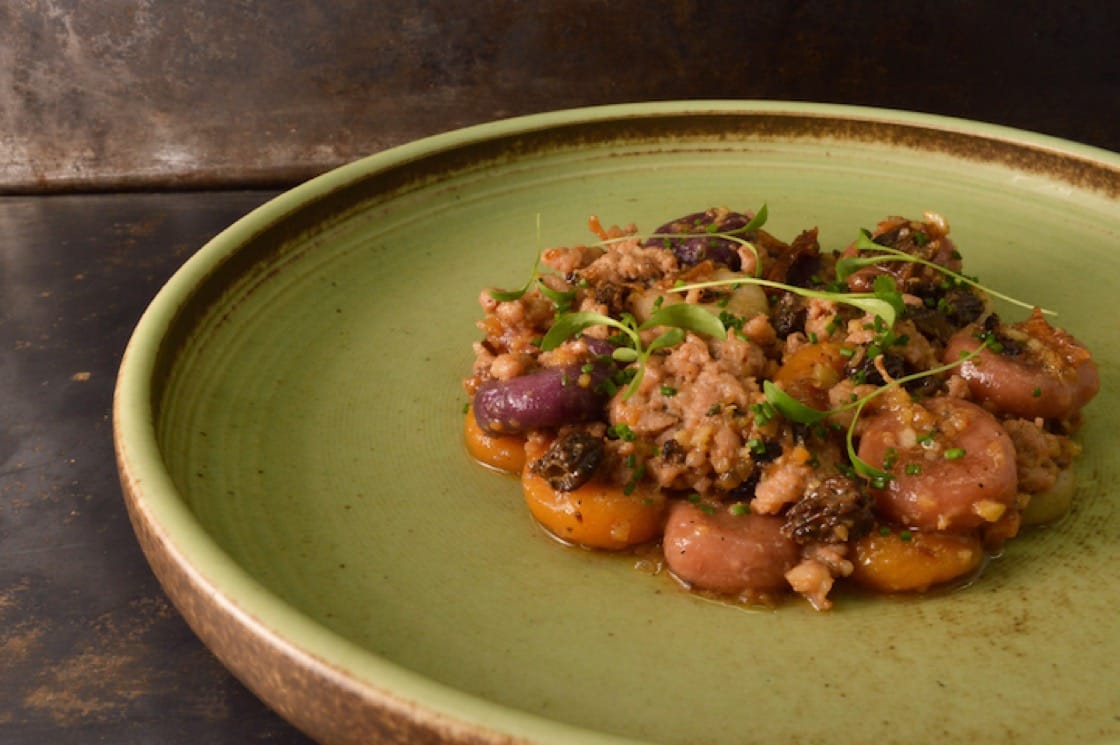 Antoinette might be famed for its visually-stunning desserts, but chef-owner Pang Kok Keong is no stranger to reinventing and coming up with new ideas, and his latest menu is a tribute to his Hakka heritage. The Hakka gnocchi is really his take on the traditional Hakka dish Abacus Beads, and is made from root vegetables like yam and two types of sweet potato. For a luxe spin, morel mushrooms replace the typical Chinese ones, cured pork takes the place of usual mince, and the dish is finished off with a rich foie gras cream that binds all the flavours together. 30 Penhas Road. 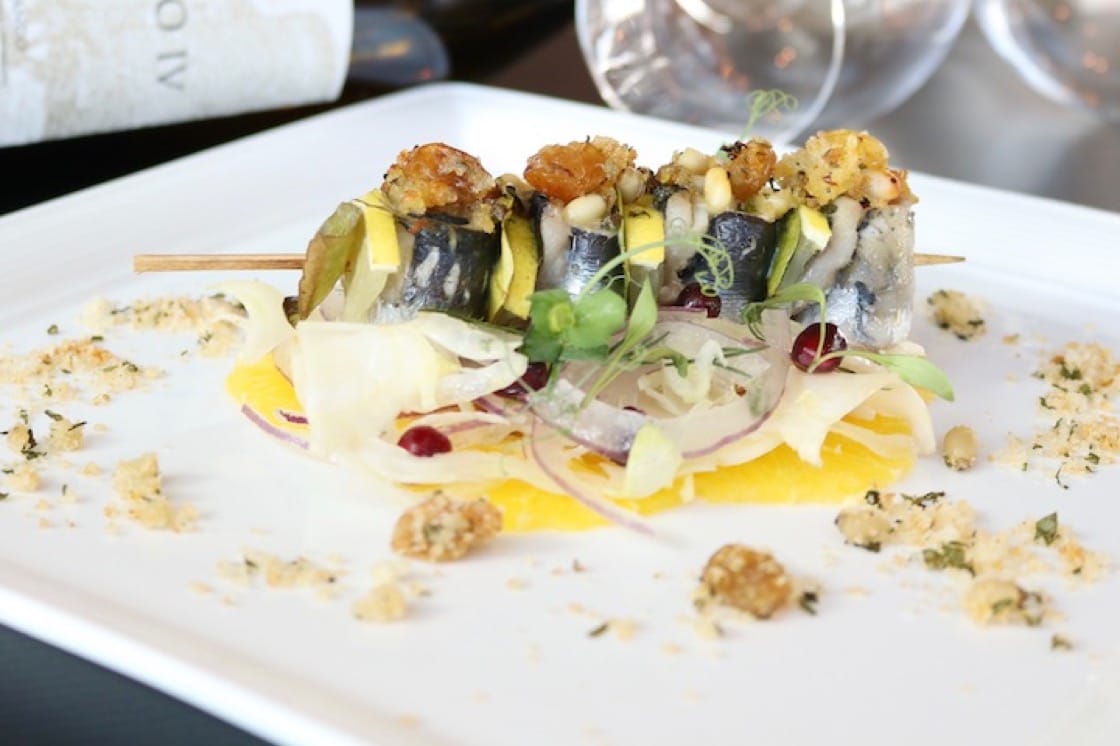 Summertime yields the most vibrantly-hued produce, and Zafferano’s head chef Marco Guccio has come up with a new menu that celebrates the brilliant red of Mazara prawns and the vivd green of vegetables such as peas and fava beans. One of his brightest dishes is the Italian sardines. The fish is brought in from south Italy, prepared beccafico style where it is first de-boned, stuffed with breadcrumbs, lemon rind and pine nuts, then rolled up and baked. The fatty sardines are then butterflied and served on a bed of orange and fennel salad with pomegranate pearls and a tangy lemon dressing to balance it out. 10 Collyer Quay, Level 43, Ocean Financial Centre,
Advertisement
Advertisement