Kitchen Language: What Is A Roux?

The grandmother of European sauces is the essential building block for many a soup and gravy.

What is a roux?

A roux is a smooth paste, made from flour fried in fat, that is added to sauces, soups or gravy to make them thick, smooth and rich. The invention of the technique in the 17th century at the court of the Sun King was a true revolution in French - and thereby European - cuisine, with four out of the five Mother Sauces of classical French cooking based on a roux. The French colonists who resettled in America a century later took their roux to the extreme through browning, to achieve the deep nutty richness that has become characteristic of Cajun cooking.

How do you make a roux?

French cooking traditionally utilises butter, but in Cajun cooking, where the roux is cooked for much longer, oil, lard or bacon grease are favoured because they don’t burn as easily. Traditional ratios call for equal parts fat and flour. 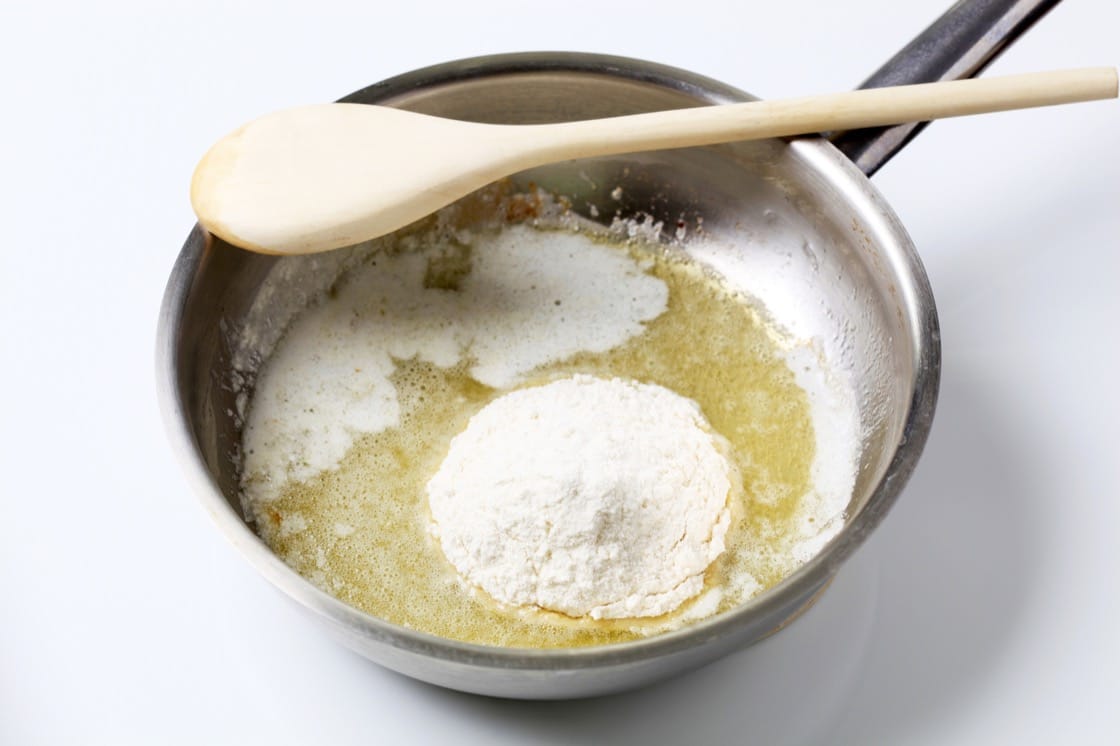 A roux is traditionally made from equal parts flour and fat
Advertisement
Advertisement
When the roux has turned the right colour, pour in your liquid (milk for béchamel, stock for velouté and the other mother sauces) and a sauce will magically swell up, to which further ingredients can be added.

Two things happen when starch molecules come into contact with water. They absorb the water and swell up (which helps to thicken sauces), but this swelling also makes them bind together, forming small clumps of dough - not ideal for a smooth sauce.

"A smooth and creamy béchamel starts with a good roux."