Ban jian zhu is an often used technique for cooking fish in Taiwanese cuisine. It translates literally to "half pan-fried and half simmered", but to be more exact, the technique calls for the fish to be first pan-fried and then simmered. Its goal is to combine the best of the two worlds: creating a caramelised, crispy skin through oil frying and then infusing the fragrance of the sauce into the flesh, making the dish a terrific accompaniment for a plain bowl of hot rice.

The sea surrounding Taiwan is a bounty of nature's harvest for the island’s residents. Taiwanese people are no strangers to fish, whether caught in the wild or farmed commercially. Due to this reason, freshness is the foremost criterion in the locals’ eyes when they purchase fish at the market. The catch of the day is most preferred. Across the straits, the seafront cities of Teochew and Shantou in China value seafood just as highly. The inhabitants there are also familiar with the technique of ban jian zhu. 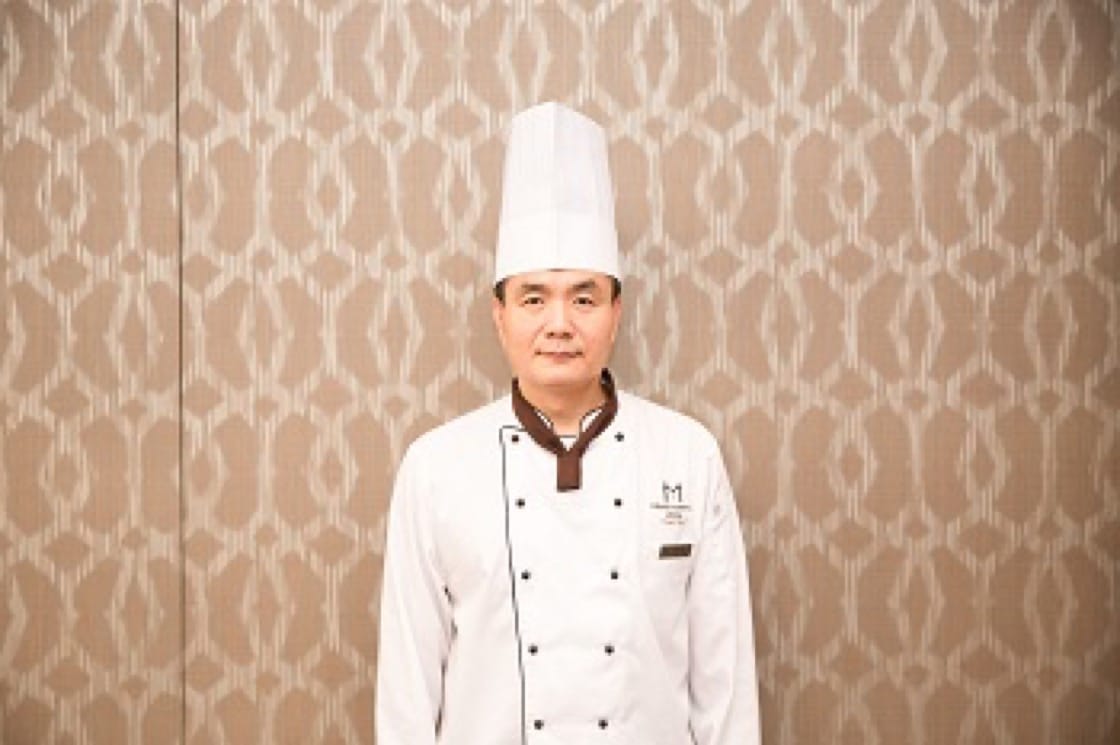 MICHELIN Plate restaurant Mipon at Grand Mayfull Taipei specialises in Taiwanese cuisine. Head chef Chen Yong Hua was born in Nanfang’ao. The small town in the Yilan County was once the most productive fishing harbour of the entire island. As a child, Chen earned pocket money by shelling shrimps. His mother worked at a canning factory near the harbour, and her job came with its perks: the fish that didn’t meet the canning standards would be given to the employees, and the chef’s mum would always return home with a fish or two. Therefore, ban jian zhu lives vividly in Chen’s memories.

Chen demonstrates the cooking technique with one of the ten most popular fish species in Taiwan: the yellowback seabream. He first scores the fish on both sides and then pan-fries it until the whole surface of the fish is browned before removing it from the pan to drain the excess oil. At this stage, the fish skin should crisp up, but the meat shouldn’t be dry. The chef continues with frying some ginger in the wok. As its aroma is released, he adds spring onion and garlic. Cantonese cooking relies on stock to elevate the taste of a dish; Japanese food develops its flavour profile through kombu and bonito stock. As for Taiwanese cuisine, it is ginger, spring onion and garlic that give soul to most of the dishes.

After that, it’s time to return the seabream to the heat. I notice a small detail: Chen creates a bed with the aromatics and then lays the fish on top of it. This prevents the main component of the dish from being burned in the simmering process. A little rice wine is poured around the edges of the wok, followed by half a ladle of stock, a bit of dark soya sauce to add colour, some pepper and a drizzle of soya sauce to season. Chen also adds some chilli, something rarely used in traditional Taiwanese food, though the variety he uses is not spicy and merely to brighten up the dish. 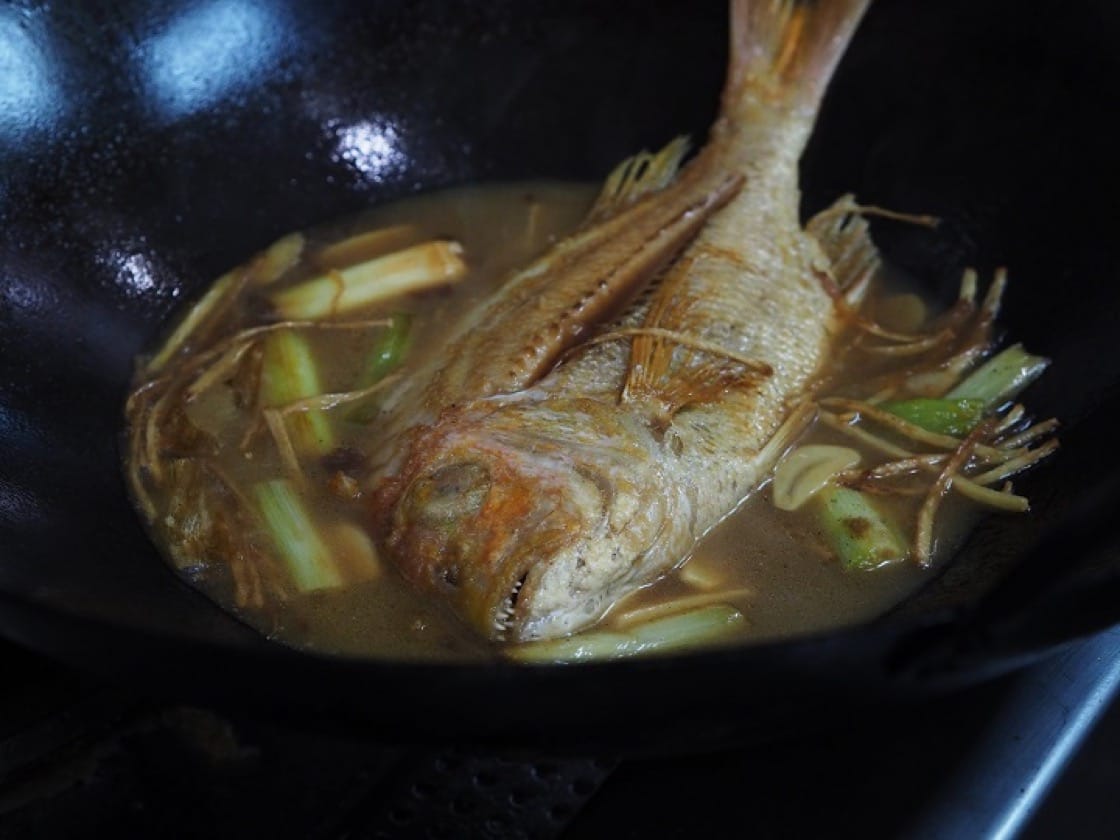 Placing the seabream on a bed of ginger, spring onion and garlic helps prevent the fish from burning.

Seasoning is kept to a minimum in Taiwanese cooking. Given the presence of soy sauce, salt is unnecessary. People from the south of the island like to add a tad of sugar to balance the saltiness. The wok is covered to let simmer for a few minutes. In the end, a splash of black vinegar and sesame oil is added before the dish is served.

Since the focus is on the natural flavours, Chen notes that the emphasis of ban jian zhu is placed instead on the control of the fire, preparing the fish as if he was using a small gas stove at home. The heat cannot be turned up too high and the sauce is reduced slowly without any thickening agent. The amount of the sauce is another thing to look out for. Too much liquid and the fish will not be able to absorb the flavours properly. By the time it does, the meat would already be rough. On the other hand, if there is too little stock, the wok would dry up before the fish develops enough flavour. Ban jian zhu is done best when both the pan-frying and simmering techniques are properly executed, something deceptively difficult to achieve in practice.

This article is written by Chen Ching-yi and translated by Vincent Leung. Click here to read the original story.