7 Types of Pears To Sink Your Teeth Into

There are more varieties of pears than you can imagine and they come in different shapes sizes and colours.

You may not be able to name more than a pair of pears, such as the commonly found green or yellow ones with a heavy bottom. While the term “going pear-shaped” may have negative connotations, the sweet fruit actually serves up lots of goodness, such as potassium and vitamins C and K. Depending on their place of origin, pears come in a variety of species. Here are seven succulent options: 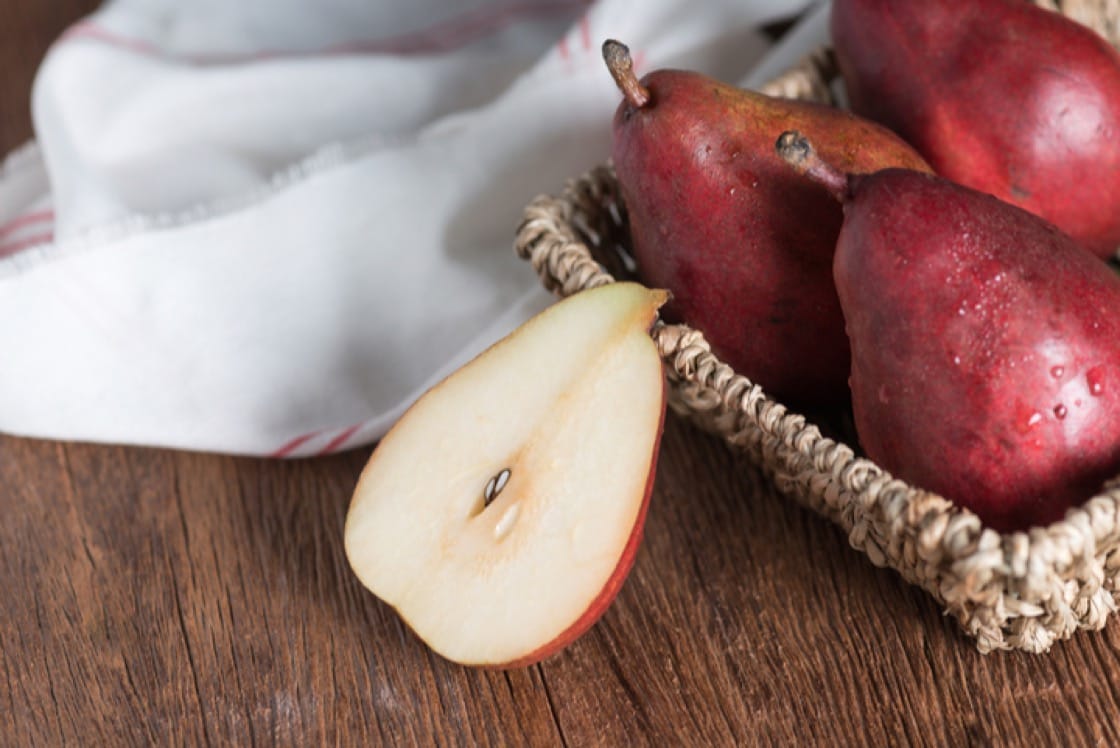 Some pears are green, some are yellow, but Red Anjou pears are a beautiful rusty red colour. These pears are of European origin and are generally in season all year round, except for a short period in late summer. When ripe, these pears develop a mildly sweet flavour. They are extremely juicy with a smooth texture, making them a delightful fruity snack. 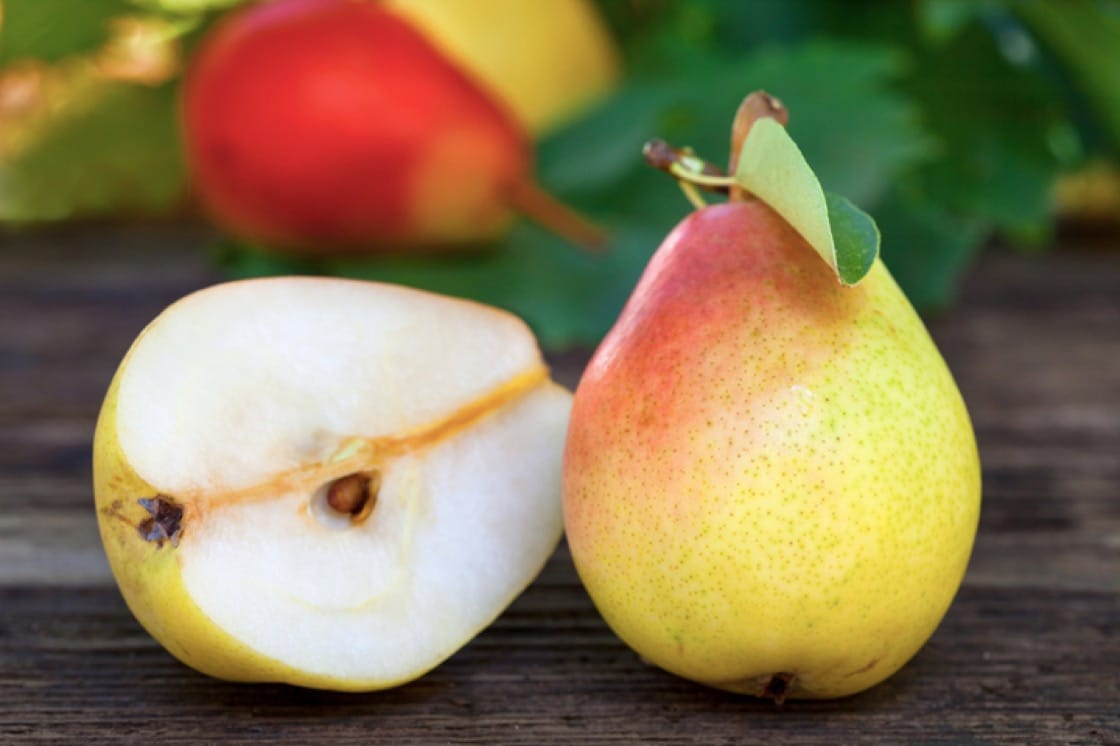 Also known as the Williams pear, this is what most people picture in their minds when you say the word “pear”. Its colour brightens from green at harvest to yellow as it ripens, which is a characteristic unique to Bartlett pears as more pears do not change colour upon ripening. The taste of this fruit is distinctly sweet, while its flesh is buttery, smooth and easy on the palate. You can eat Bartlett pears fresh, paired with cheese or added to salads for a sweet flavour. 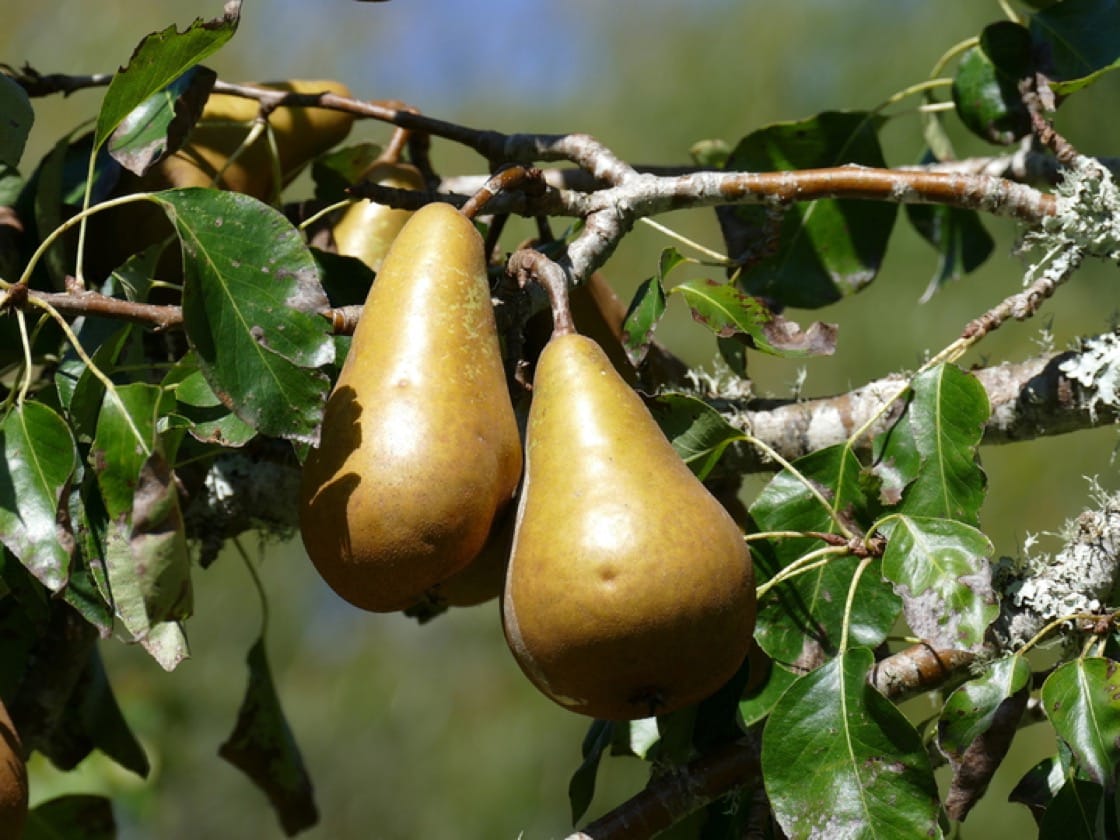 Crisp when raw, Bosc pears are the best example of the soft, crunchy texture that pears are typically associated with. Both Bartlett and Bosc pears are cultivated varieties of Pyrus communis. The brownish russet coloured skin of the Bosc pear is easy to recognise, as is its unique pear scent. The pear is grown in Europe and has a true pear shape. Each fruit has a long, curved stem with an elongated neck and a slender middle that tapers to a rounded and elongated bottom. The taste of these pears is pleasantly spicy and sweet. 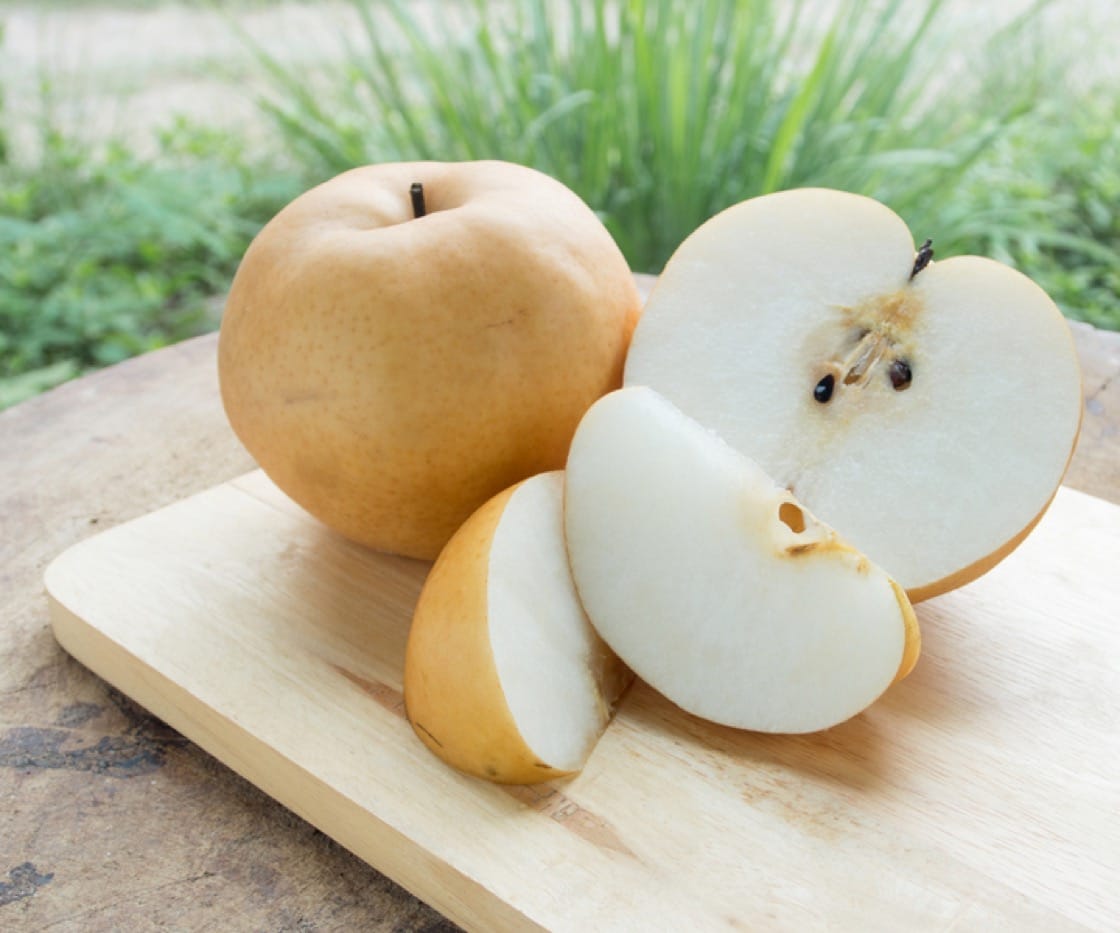 While this species of pears is more accurately known as pyrus pyrifolia, it is commonly known as the Asian pear. Unlike European pears, Asian pears are good to eat as soon as they are harvested. They can also be kept for several months if kept in cold storage. This makes them more popular with some people than European pears that need time to ripen after removal from cold storage. The white flesh of the pear is especially juicy and aromatic with a sweet and slightly acidic flavour. Asian pears also maintain their crisp texture long after being picked, a characteristic unique to them. 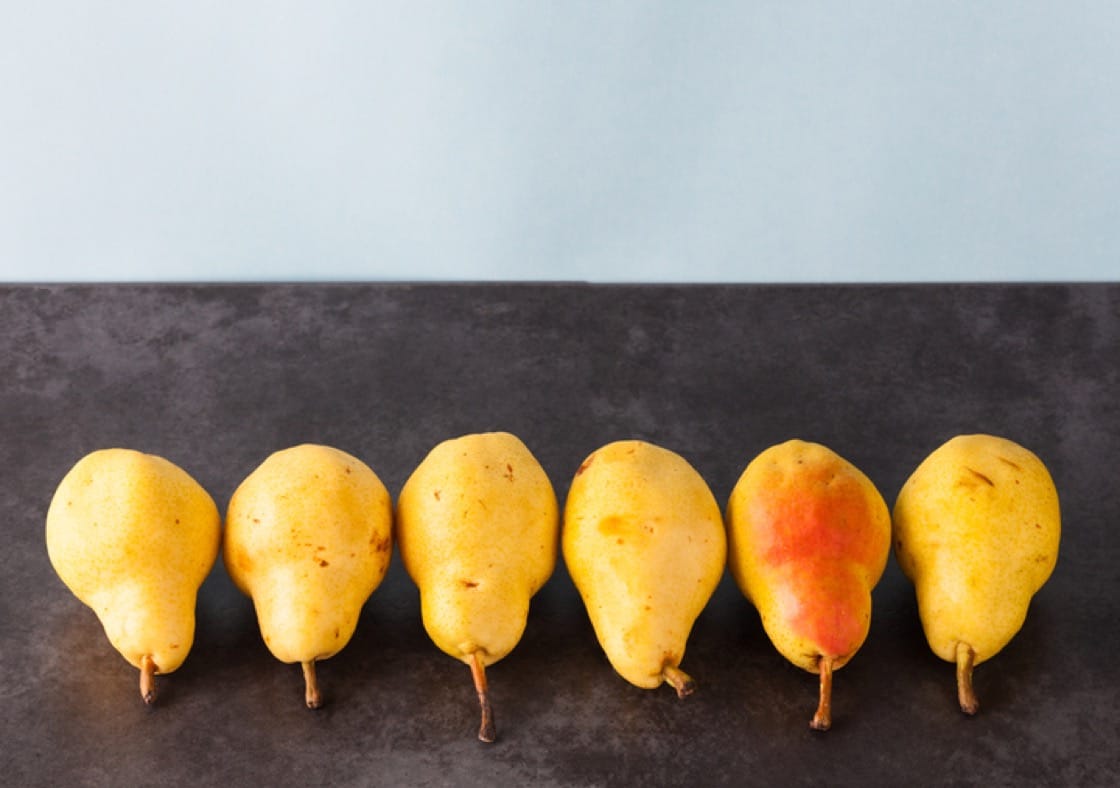 Smaller than the usual pear, the Corella pear is the perfect snack size. Known as Australia’s prettiest pear and named after a colourful and elegant native parrot, it has a delicate sweet taste, a slightly firm texture and a beautiful yellow appearance with a rosy blush that develops when it ripens. Its flesh is creamy and loaded with flavoursome juice. These pears are best eaten fresh or thinly sliced to complement salads. Corella pears also pair well with cheese. 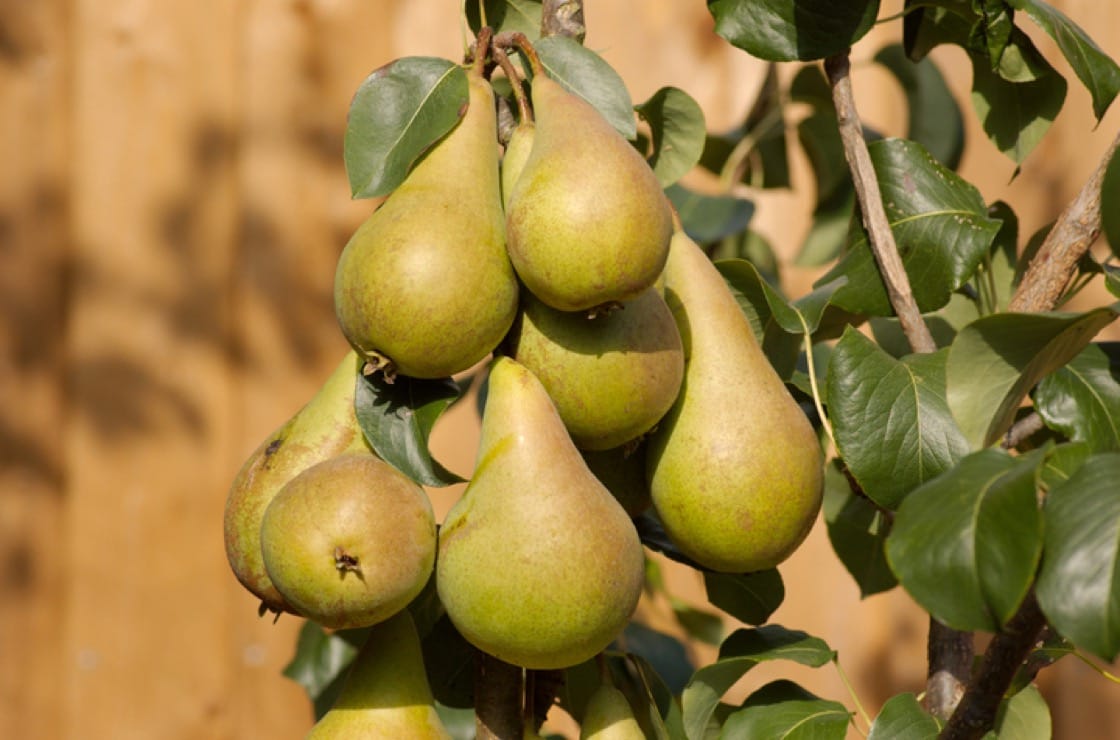 The delicately shaped Concorde pear is green, with an exceptionally elongated neck that tapers up to a sharp pointed top. A newer pear variety that originated in England, it is crunchy, juicy and sweet, with a distinct vanilla flavour. As you bite into the pear, you will find that it has crisp and dense flesh that steadily becomes more tender as the pear ripens. 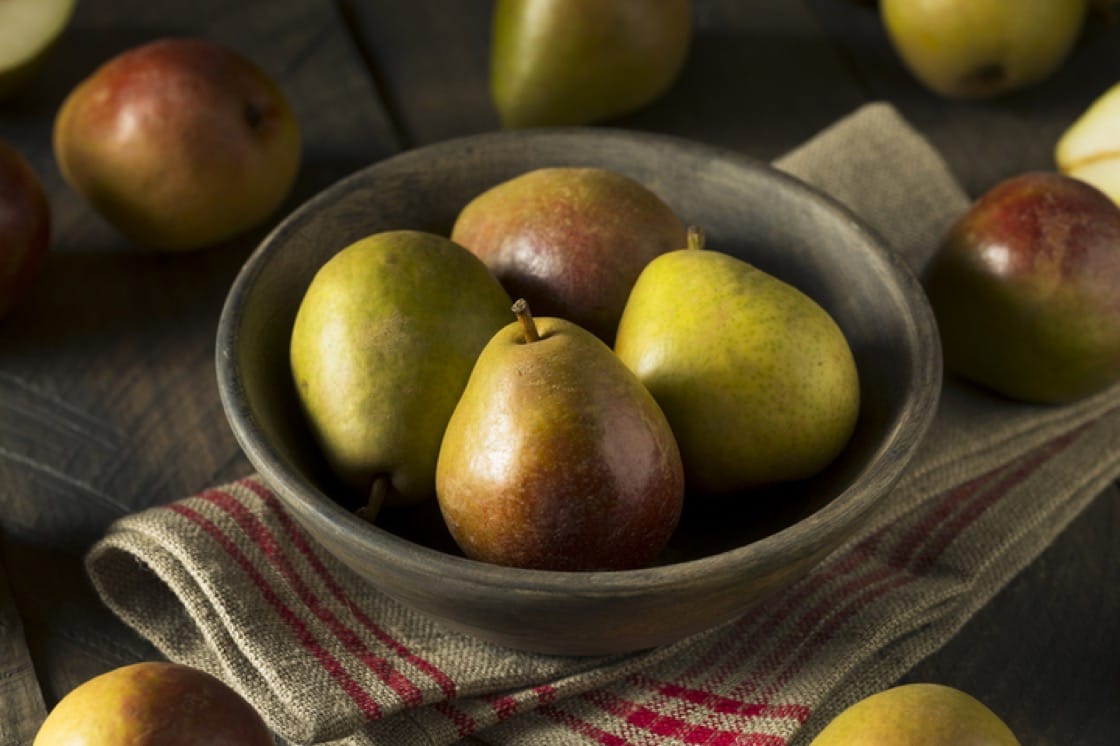 Seckel pears are small and tear-drop shaped, with a very round body and a short neck. The petite pears have a green skin with a red blush. Their flesh is creamy and white, and is significantly denser and coarser than other pears. If you’re a pear fan with a sweet tooth, you’ll be interested to know that Seckel pears have the sweetest flavour out of all the pear varieties. 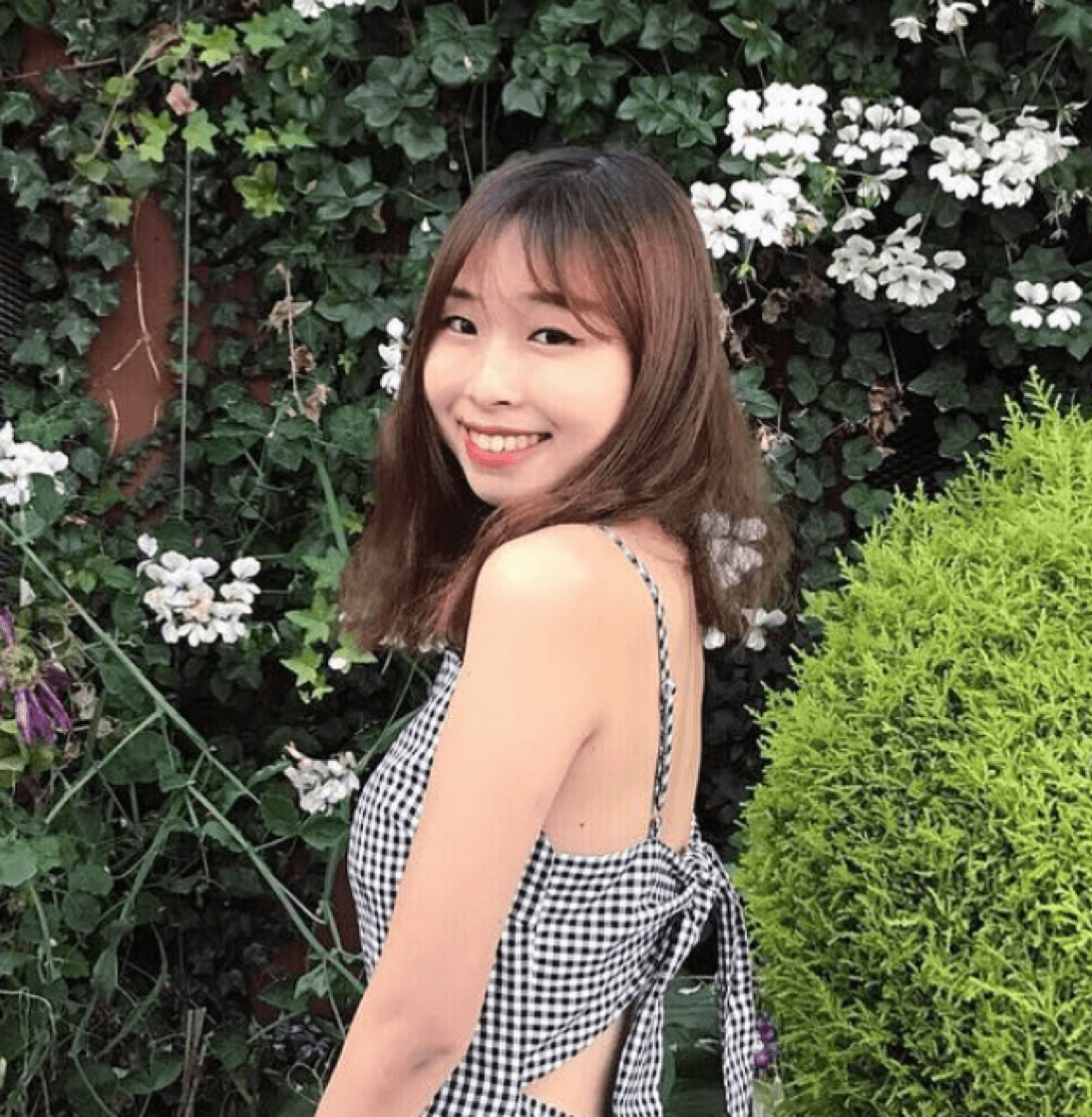 A fan of all spicy cuisine, Rosalind cannot live without chilli padi. She also spends most of her free time dreaming of her next date with salmon sashimi.

A Guide To 5 Types Of Oranges

Go beyond the common orange when you need a boost of vitamin C.

7 Types Of Apples To Keep The Doctor Away

Have a different apple every day of the week, for each has something unique to offer.

We heard this through the grapevine.

Guide To Durian: Know The Difference Between Mao Shan Wang And D24

Spike up your knowledge on thorny varieties with our guide on the different durian flavour profiles.