Yu Yat Yiu is a household name among Canto-pop fans — he is the songwriter who penned the famous Canto-pop song “Goodbye Ni-Chome”, and his fame has been growing ever since. He started a food blog in 2006 to documenting his dining experience, and later became a regular contributing food columnist for numerous magazines in Hong Kong. In 2011, he published his first book on food, titled "The Art of Eating" (《文以載食》), followed by subsequent publications that further consolidated his status as a respected food writer in Hong Kong.

Growing up in a "foodie" family, Yu says that he realised early on that his love for gastronomy knows no bounds. The emergence of food channels such as the Food Network further deepened his exposure to this fascinating passion, and helped to cement his path to being the food critic he is today.

As a regular restaurant patron, both for leisure and for business, we ask Yu Yat Yiu for his favourite picks among our MICHELIN-recommended restaurants. 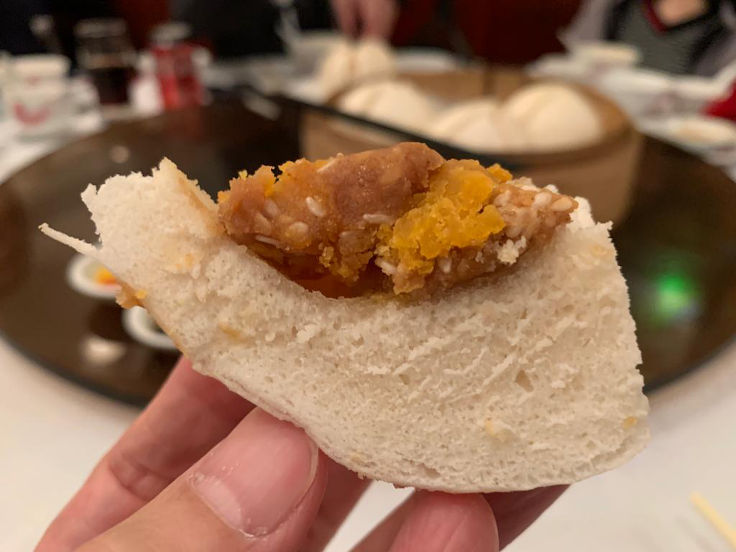 When I have friends visiting Hong Kong, I will definitely take them to Luk Yu Tea House, a MICHELIN Plate restaurant. Luk Yu is like a time capsule, full of stories from the past. I love coming here at 7 in the morning when waitresses will be holding iron trays over their shoulder, each tray filled with various dim sum for guests to pick from. That interactivity is very interesting. My favourite snacks include the Lotus Paste Rice Dumpling, their signature "gam lou" pastry, where char siu or roast goose stuffing are encased in a pastry akin to the Chinese-style almond biscuit, and the Sesame and Salted Duck Egg Yolk Bun. For dinner, I will pre-order their siu mei (roast meats) and clay pot rice.

For special occasions, I often celebrate at one-MICHELIN-starred Épure. I always feel very relaxed there despite its fine-dining setup, and I always enjoy the humble yet wholesome creations by Nicolas Boutin, including their famous Mushroom Soup, Vol au Vent and their cheese selections.

Whenever I feel like having a simple meal, I will go to Brass Spoon, a Bib Gourmand restaurant. I have never been disappointed by their high standards. Raw beef pho is my go-to choice on their menu. To enjoy it, I will first add all the herbs and side garnishes into the soup in order to taste its original flavour. Then, I dip the noodles into the seafood sauce and Sriracha sauce provided on the table. When I am halfway through it, I will add the fish sauce and a lot of chilli to the soup. No single drop of soup will remain in the bowl when I finish my meal, it is that tasty.

The most memorable culinary experience that I have had is at the two-MICHELIN-starred Saison in San Francisco. The meal cost me more than $4,000 Hong Kong Dollars, which is probably one of the most expensive meals that I have ever had in my life. To be honest, I was stunned by the bill. However, on hindsight, the menu that I enjoyed was actually a rather pioneering one. For example, I had sourdough bread topped with sea urchin. At that time, I didn’t think it was anything unusual. However, it was only in recent years when I started seeing dishes with similar concepts in different restaurants, that I realised how visionary Saison was. Another memorable dish was the aged duck, which was carefully aged until it feels as if it was almost spoilt, but its taste was unique and delicious. Looking back now, Saison has a progressive edge and it was a truly unforgettable experience. 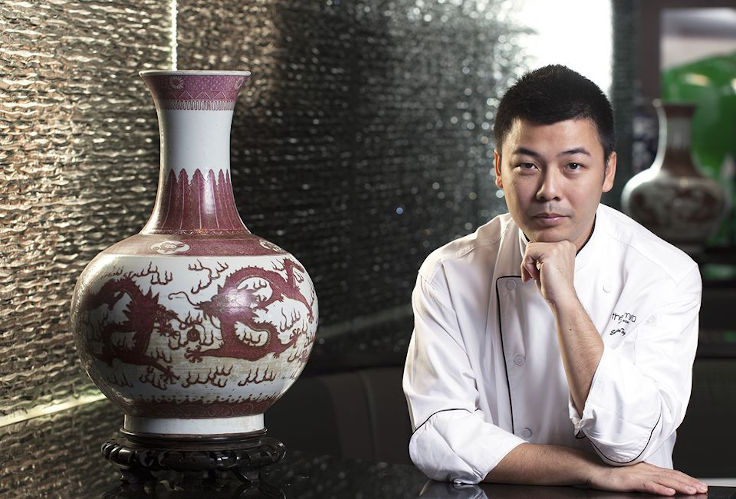 One of the restaurants which I visit regularly is the MICHELIN Plate restaurant, Jing Alley. Despite serving mainly Sichuan cuisine, their soup is so impressive that my mind is always set on their soup before I order their lunch sets. My favourite dishes include Sichuan Pork Chop Rice with Egg and the Spicy Lamb Soup Noodles.

I believe that Edwin Tang, the chef de cuisine at Cuisine Cuisine at The Mira, is a rising star currently hidden under the radar. He is young and driven, creative and yet solid in his culinary skills. For example, he reinvented the traditional Cantonese dish of stewed pomelo skin with gravy by cutting the pomelo skins into large corners, and simmering them in a broth until all the wonderful flavour has been absorbed by them. His creation is always delicate and refined, and he deserves to be recognised by a wider audience. 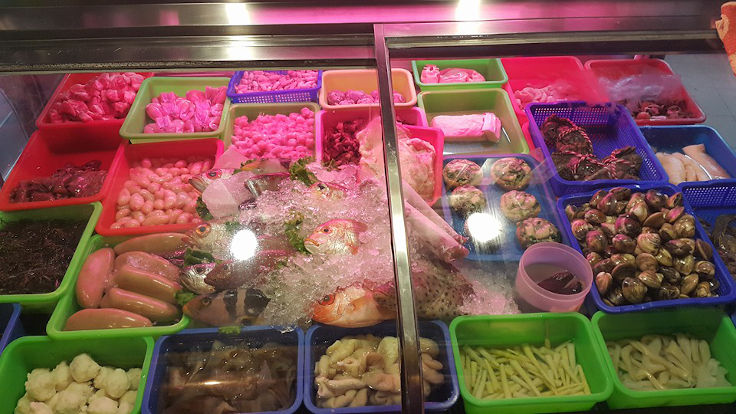 When we can travel again, the first restaurants that I would like to visit are the one-MICHELIN-starred Ming Fu and the MICHELIN Plate-recognised Hsien Chin Seafood in Taipei. Dining at Ming Fu is like going back in time. I love their version of Buddha Jumps Over the Wall, it does not only have chicken testicles in it, but it also has a sweet taste — a style that you cannot find in Hong Kong. The glutinous rice dumpling is my other favourite. At Hsien Chin Seafood, I always go for their Stuffed Pig’s Intestine with Scallion. The way they cook squid is also just so different from the way we do it in Hong Kong and is a must-try for Hong Kong travellers.

During the COVID outbreak, I often order takeaway from the MICHELIN Plate restaurant Chilli Fagara. The Dan Dan Noodles are one of my favourite dishes. Their Mapo Tofu can stand the toss of delivery, and is a versatile dish that can be kept and reheated anytime as you wish without affecting its taste.

Whenever I miss the Shanghainese food of my childhood, I will visit Bib Gourmand restaurant, Din Tai Fung. They serve Glutinous Rice Dumpling Stuffed with Pork that is rarely available for dine-in at restaurants in Hong Kong. The glutinous rice is seasoned with soy sauce and the size is just right. Din Tai Fung also serves Steamed Red Bean Glutinous Rice Cake, which is freshly steamed and hence especially delicious.

This article is written by Mandy Li and translated by Billy Kwan. Click here to read the original article.