“It’s the restaurant that pushes you to excel at every aspect,” says Cedric Nicaise, wine director of Daniel Humm and Will Guidara’s three-Michelin-starred Eleven Madison Park in New York City.

“The expectation that we have for the guests that come in is that it’s going to be the best dining experience that they’re ever going to have in their life,” adds operations director Billy Pelle.

Pelle, Nicaise and the entire staff of Eleven Madison Park hold their general manager, Sueyoung Jo, in the highest regard—and she sets the bar high for herself as well. “I have a lot of high expectations for others and I know what I expect from others, and I don’t like to be disappointed so I always try to uphold that standard for myself,” she says of her work ethos. 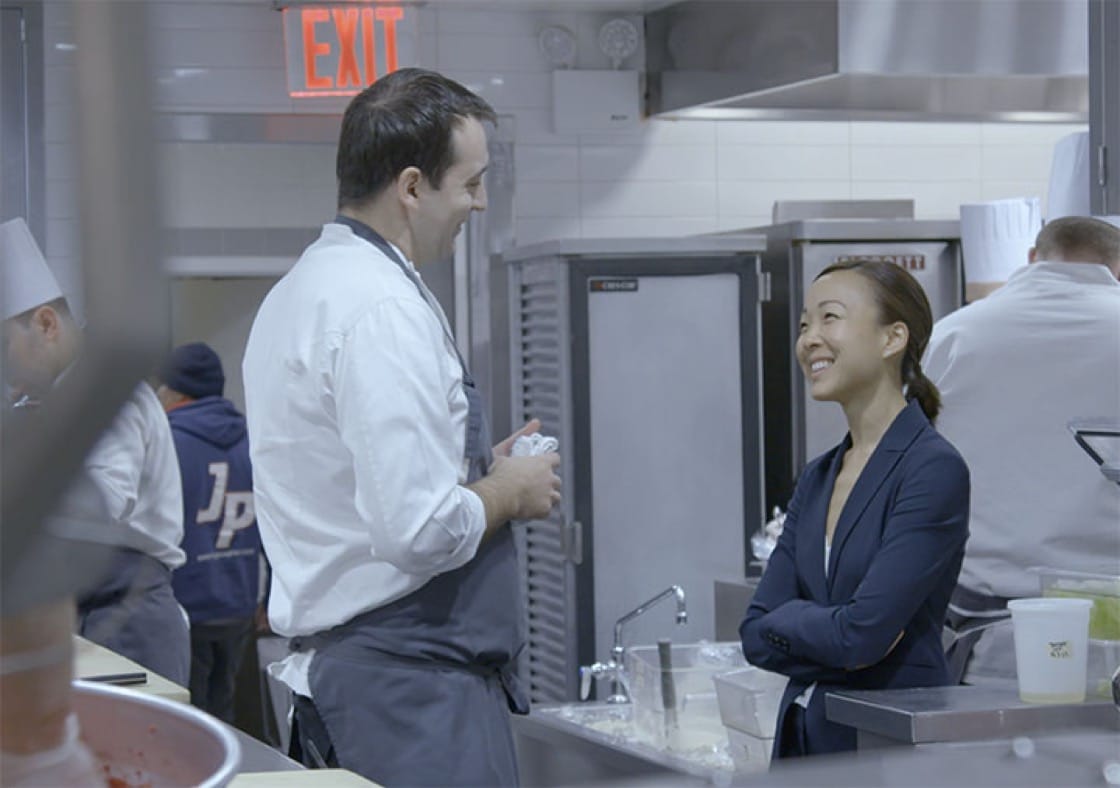 Jo, a native of Hoffman Estates, Illinois, grew up across the Hudson River in Fort Lee, New Jersey. The Culinary Institute of America graduate knew her world would revolve around food; she joined the ranks at EMP as a kitchen server in 2012, eventually becoming an expediter and then a captain before leaving to join Café Boulud as assistant general manager.

But it didn’t last long once EMP came calling. “This place is my home, this is where I grew up,” she says. She returned in the spring of 2017 and became the general manager last year.

Nicaise says the role of general manager is arguably the most important role of the restaurant. “The weight that we bear individually and wholly is basically on Sueyoung’s shoulders,” he says. “She’s the one who when something goes wrong, ultimately, the buck stops with her.” Nicaise also calls her work ethic “insane.” “She’s always the first manager here, she’s often the last manager to leave. She’s someone you can always count on.”

Executive chef Dmitri Magi says Jo is a person whom he knows he can trust. “It’s hard to explain . . . she never lets me down and I think it says a lot.”

Pelle agrees, and states that knowing you’ll get to work alongside her brings a sense of joy to the team. “To be able to acknowledge her in this formal setting and saying, ‘here is someone that without her this restaurant would not be where it is today’ is something very special and very deserving for her.”

“Truly without her silent leadership but steady hand, I don’t think we would be sitting here in the place that we are,” adds Nicaise.

Watch the full video below and get to know the woman behind the success of Eleven Madison Park.