Ask The Expert: How To Enjoy Japanese Yakiniku To The Fullest

How can barbecue lovers get the most out of their yakiniku experience?

Huang Yihong’s love affair with yakiniku began when he was working part-time at a yakiniku restaurant during his university days. He has turned Japanese barbecue into his profession for more than a decade and his insistence on offering the best barbecue led his Taipei restaurant, Da-Wan, to win a Michelin star. Here, the chef gives a breakdown of this much-loved, sumptuous feast. 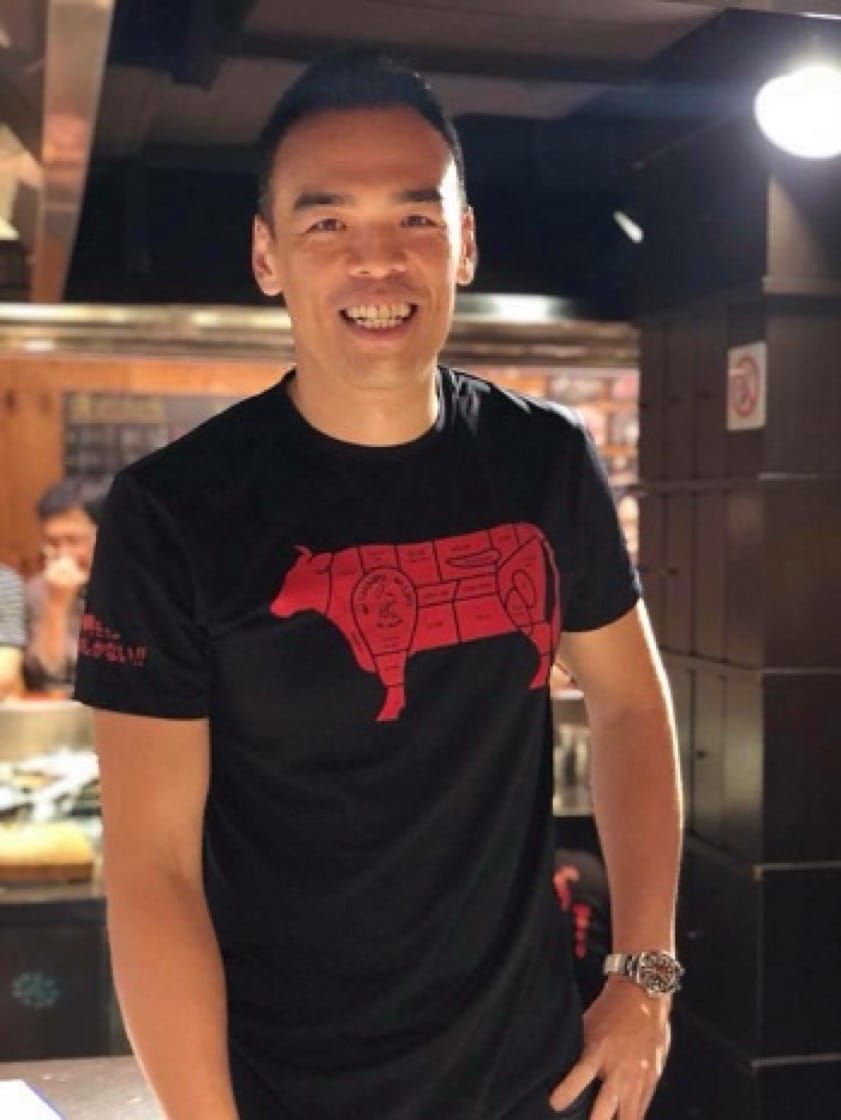 Where does yakiniku come from?

Yakiniku was first brought to Japan by Korean immigrants who settled in Tsuruhashi, Osaka. In the early days, the barbecue consisted of mainly cheap cuts to pair with lager, so the diners could drink more without getting drunk. It was a food of the average citizens. Later on, the Japanese people began to make adaptations to the custom and transformed it into something distinctive to the Japanese dining culture.

What’s the special characteristic of a yakiniku restaurant?

Authentic yakiniku restaurants only serve beef. There’s no seafood option. If you want to taste

a barbecue that contains a variety of ingredients, I suggest robatayaki instead.

What should we pay attention to when having yakiniku?

You’re competing with time and heat. Eat immediately when the meat reaches the best conditions; don’t let the camera ruin it.

Is there a standard procedure?

It’s recommended to first eat something lighter and save cuts of stronger tastes for last. Beef with lots of fat is usually seasoned with only salt and pepper. Avoid eating three slices of that in a row, as it dulls your taste buds. Switching to short ribs or blade steak paired with barbecue sauce mid-way helps to change up the texture and flavour. 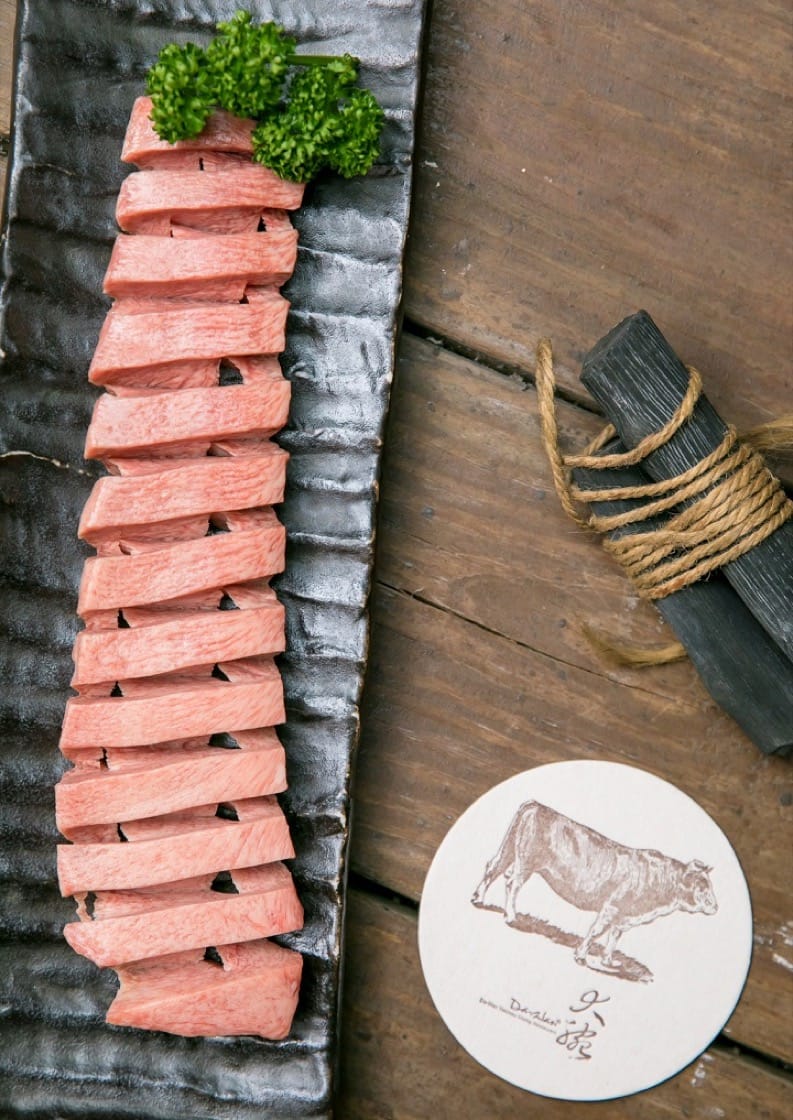 Authentic yakiniku shops serve only beef. The level and characteristics of the beef also induce different cooking and eating approaches.

Could you share with us the technique of barbecue?

Lean meat should be left more rare and grilled for a shorter amount of time, or it will become tough. On the contrary, cook the cuts with more fat content for a while longer. The meat comes out tenderer when the fat melts. Otherwise it would be quite greasy.

Is dipping sauce a must in yakiniku?

There are various condiments in Japanese barbecue. People used to dip the meat into all types of sauces if they see them available on the table. In the end, they would taste only one flavour at the tip of the tongue. I suggest going with miso, spicy miso, salt and options alike to enrich the tastes.

How much impact does charcoal have on the outcome?

A stove cooks the exterior of the meat while leaving the interior raw. When the interior is cooked, the surface would be burned already. Charcoal fire can reach 500°C-600°C and penetrate the core of the food ingredients, so they are cooked throughout. The brand of the charcoal isn’t that important as long as it’s a 100% dry, in which case white smoke wouldn’t emerge.

How do non-professionals control the doneness of the meat?

To the Japanese people, yakiniku is a part of their daily life. They have been exposed to it since young. For those who are unfamiliar with beef but want to improve their knowledge, a good start would be purchasing different cuts from butchers specialising in beef. They would come to learn about the different textures of ribeye, sirloin and blade steak by cooking. As for the degree of cooking, it’s the best to fry a steak or beef slices at home to test it out. Try finding ways to make them delicious. When you get there, you’d have had a good grasp on the meat’s doneness.

What is the best drink to pair with yakiniku?

Regular grade beef is great with beer, which gives you the generous experience of a large mouthful of meat washed down by a good helping of alcohol. As Japanese barbecue restaurants get more and more refined, the quality of beef offered increases correspondingly. Pairing that with red wine creates a whole new experience. But to be honest, the drink is irrelevant if you’re in the right company.