And they’re not really peppers either.

Most people would remember their first encounter with Sichuan peppercorn. You might have been happily tucking into savoury, spicy dish of shui zhu yu (an innocuous sounding name for a fiery Sichuan fish stew that literally translates to ‘boiled fish’) and enjoying the salt and heat when suddenly you’re not sure you’re tasting anything anymore. Your lips are tingling and your tongue is fat and numb; you feel like you’ve licked a battery. You’ve gone and bitten into a Sichuan peppercorn. They’re tiny, but they sure pack a mighty punch. 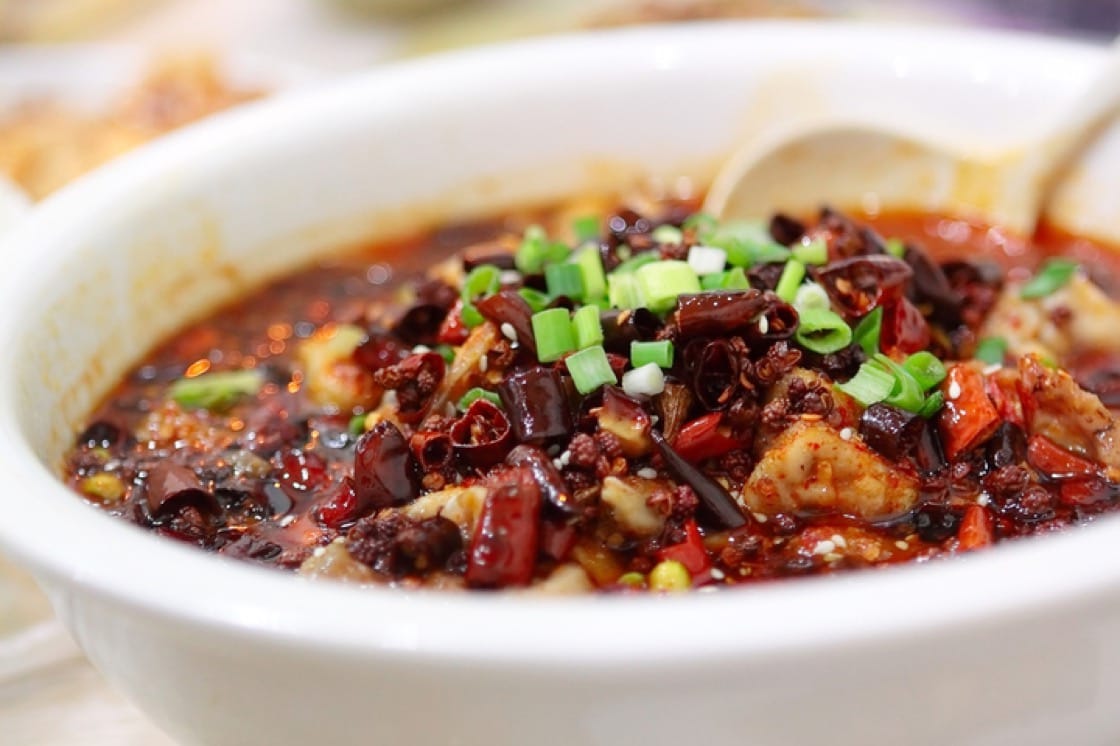 Shui Zhu Yu, a fiery Sichuan fish stew
A spice indigenous to China, Sichuan peppercorns aren’t actually pepper, but the dried red-brown berries of a type of ash tree. The smell of the peppercorn is intoxicating, lemony and perfumed, and the taste, electric. While it leaves your mouth buzzing, it isn’t pungently spicy like black or white pepper and carries a hint of acid sweetness.

The science behind the sensation

So what is behind this strange phenomenon, scientifically known as paresthesia? Scientists believe that it has something to do with a molecule called hydroxy-alpha-sanshool, naturally present in the peppers. This molecule interacts with our cell receptors differently than capsaicin, which is the active ingredient that causes chillies to produce a burning sensation in our mouths. While capsaicin triggers the same receptors that are activated when we’re burned by excessive heat, the active chemical in Sichuan peppercorn excites tactile sensors in our lips and mouths—in other words, you feel the taste of the peppers as though your lips are being physically touched by something vibrating quickly, causing that numbness associated with eating Sichuan peppercorn. 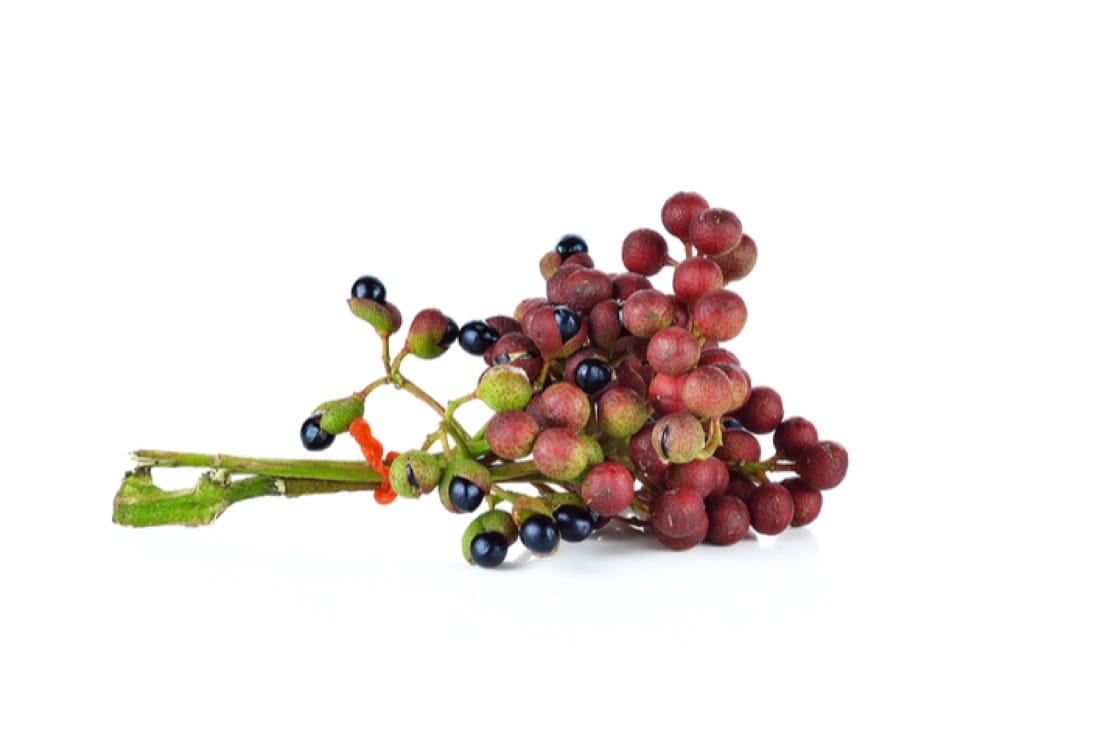 The combination of Sichuan peppercorns and dried chilies are the hallmark of ma la Sichuan cuisine, ma denoting the pins-and-needles sensation of peppercorn, and la, the heat and spiciness from chilli. It is said that the locals’ taste for bright spicy flavours can be attributed to their desire to combat the province’s brutally humid weather.

Dishes like fu qi fei pian, a cold dish of beef slices, offal, tendon and tripe in a spicy sauce, whet the appetite in Sichuan’s steamy summers, while a communal meal of ma la hotpot wards off the damp and cold in winter. Many other popular dishes, such as Kung Pao chicken, Chongqing hotpot, ma po tofu, Dan Dan noodles and kou shui chicken, are all based on ma la seasoning. 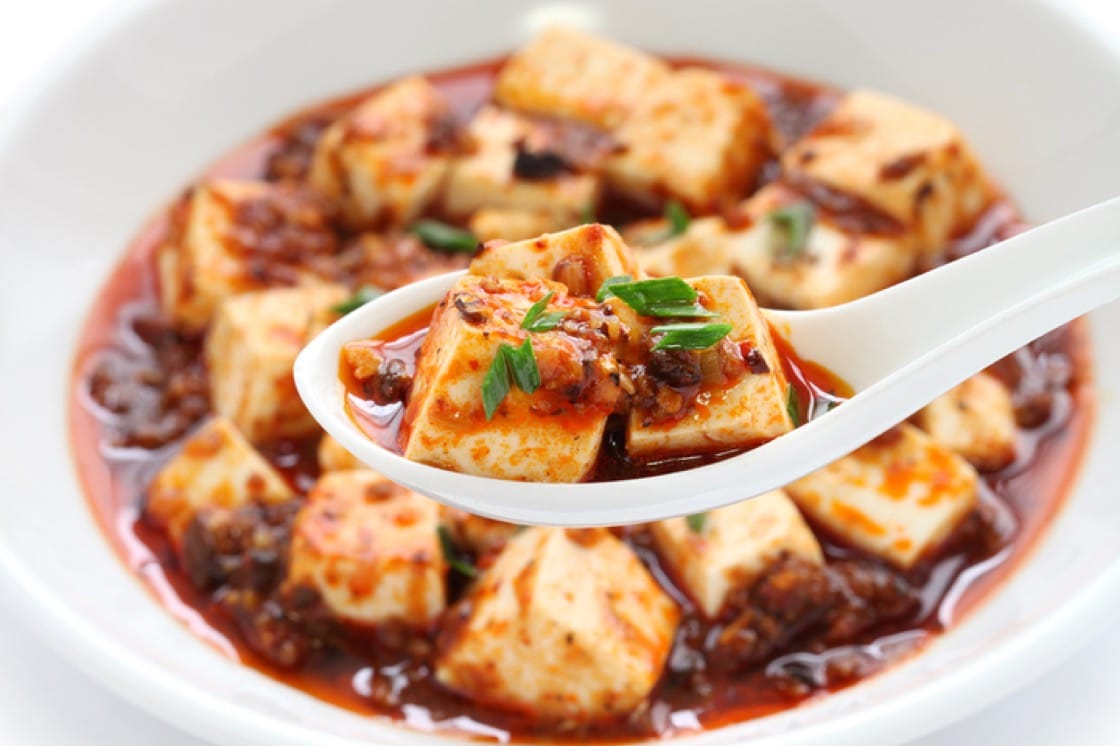 Mapo tofu, a staple of Sichuan cuisine
The proliferation of Sichuan peppercorn

Once confined to the Chinese kitchen—not to mention, banned in the US from 1968 to 2005 for fear of crop bacteria—the ingredient has, in recent years, found its way into menus across the world, from hipster bars to Michelin-starred restaurants.

Tom Kerridge, head chef at the Michelin-starred Hand and Flowers in the UK, uses Szechuan peppercorns in his pickled cabbage; in Singapore, the ingredient is used by chefs like Drew Nocente of Salted & Hung in a crispy tripe dish as a seasoning, and even in a chocolate lollipop petit four at Dstllry par Christophe Lerouy. Here in Hong Kong, experimental bar Little Lab makes a mean Sichuan Bloody Mary with the peppers. 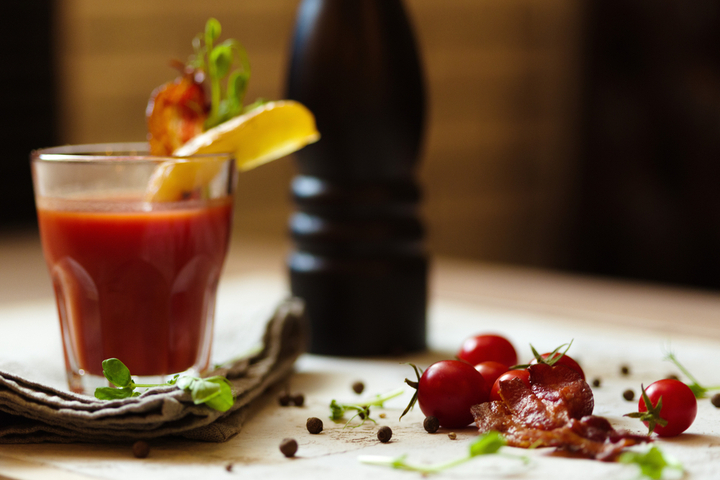 Sichuan peppercorn is an acquired taste best used sparingly when cooking with it at home. Just like black pepper, freshly ground Sichuan peppercorn tastes superior to powdered ones. If you’re able to find whole peppercorn at the market, these are perfect for stir-frying, braising and adding into hotpots. If you want to grind them up fresh, you’ll first need to toast them to release their flavour. The ground peppercorn can be used in simple salad dressings, or used in marinades. Combining it with powdered cinnamon, cloves, fennel and star anise also makes the classic five-spice seasoning, a cornerstone of Chinese cooking.

The numbing spiciness is surprising to those new to Sichuan cuisine, but it’s an exciting taste sensation that’s easy to adapt to, cook with and even, eventually, crave.