The rebirth of a spot steeped in history

In the late 19th century, it was common practice for people of what was then the Austro-Hungarian Empire to don their Sunday best and come here for fresh air, boating and lunch in a pretty pavilion called "Sans Souci". A century later, on the eve of the 1980s, Boris and Maruška Gašparin acquired the premises, with the ambition of reviving an institution they themselves had frequented in their childhood. The couple began by serving a few simple dishes in a rustic chalet by the water. Over the years the menu gradually grew, and with it the restaurant's renown : people came from far and wide to taste the house's fish dishes, made with a rare deftness. That success has never waned and, as the family clocks up more than 40 years at the helm, the baton is now passing to the next generation. 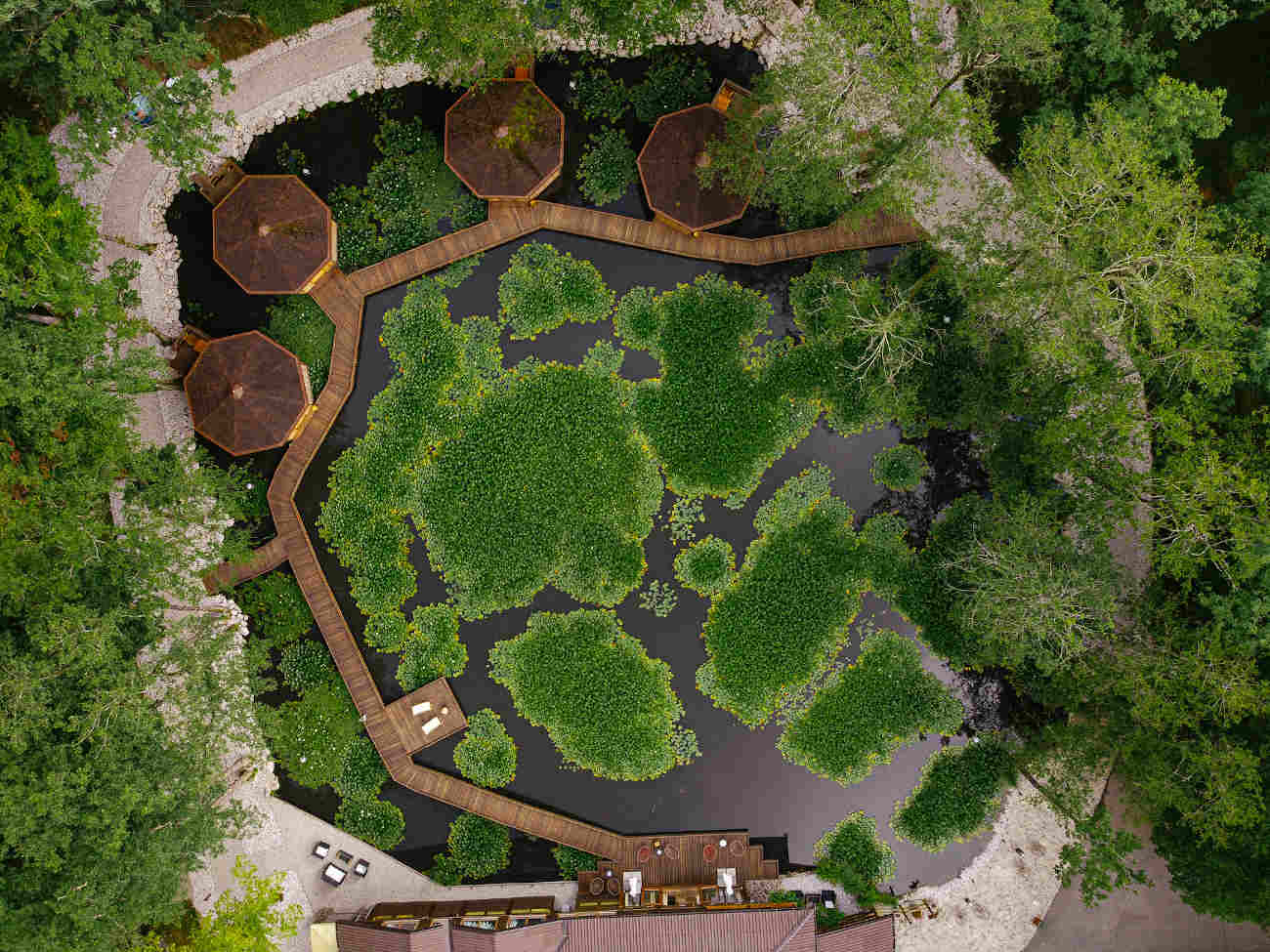 Tadej Gašparin is in charge of cooking, the art of which his parents taught him over the course of the years. His ambition is to perpetuate the precious family know-how, while giving it a little dusting off. "I'm still happy to prepare our famous sea bass carpaccio, a recipe invented by my father. It is a signature dish that the regulars refuse to let go from the menu." So he continues to prepare the fillets in front of the guests, drizzling them with a citrus jus and livening them up with the flavours of herbs, honey and pomegranate seeds. The obvious pleasure taken by the cook is naturally picked up on by the guests, who then tap into a feeling of belonging to the family. In addition to fresh fish from the Adriatic, Tadej is adept at cooking fine pieces of meat, always sourced from the best farms in the region. His greatest wish is 100% customer satisfaction, even among those diners who are not seafood enthusiasts. 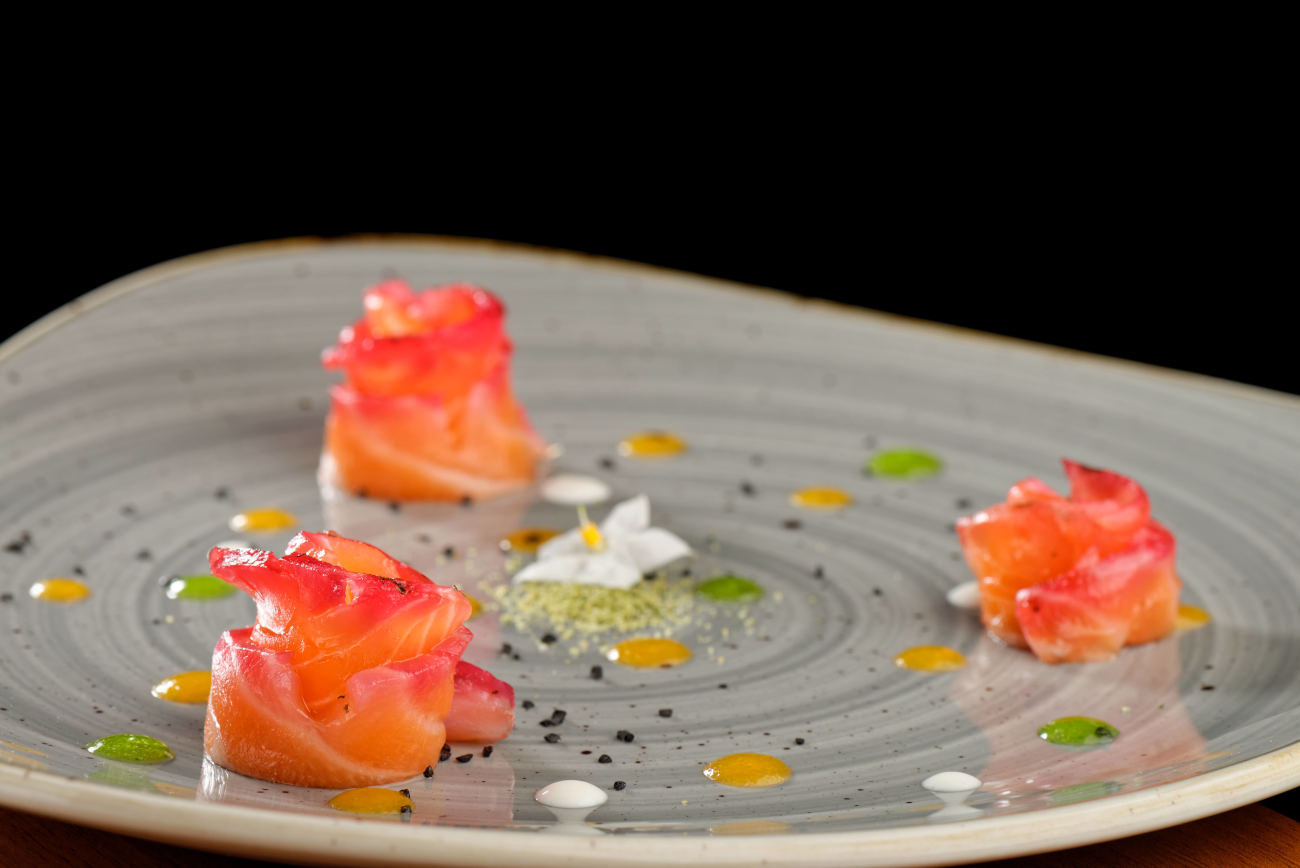 His brother Taras, who is very involved in the family winery, Silveri, likes to showcase the diversity of the house wines. The Gašparin vineyards are all located within the Goriška Brda appellation, one of the most prestigious in the country. They flourish in an idyllic landscape of gentle valleys covered with vineyards and dotted with pretty villages such as Šmartno. The Silveri estate produces six different wines, with a slight inclination towards sparkling wines : "For us, the 100% rebula-variety Blanc de Blancs, made according to the traditional method, is emblematic of our expertise," says Taras. "But we are very proud of our Nature Zero, which coincides with consumers' current aspirations". They also produce white wines, as well as light reds, which pair perfectly with Tadej's subtle cuisine.

A soothing stay surrounded by nature

Hospitality is a serious matter at Pikol. The decor of the delightfully cosy chalet-restaurant sets the tone with its profusion of family souvenirs and numerous artworks, each piece one strand of the story of the place. The magnificent upstairs space, whose creaking wooden floors are music to the ears, offers a breathtaking view of the park and lake. As you eat, you are absorbed into a cloistered, almost perfect world, reminiscent of the most beautiful Japanese landscape gardens. "Japan is a great source of inspiration for our whole family," says Tadej. "There is the food, of course, but also the perpetual quest for perfection, which permeates all Japanese arts". 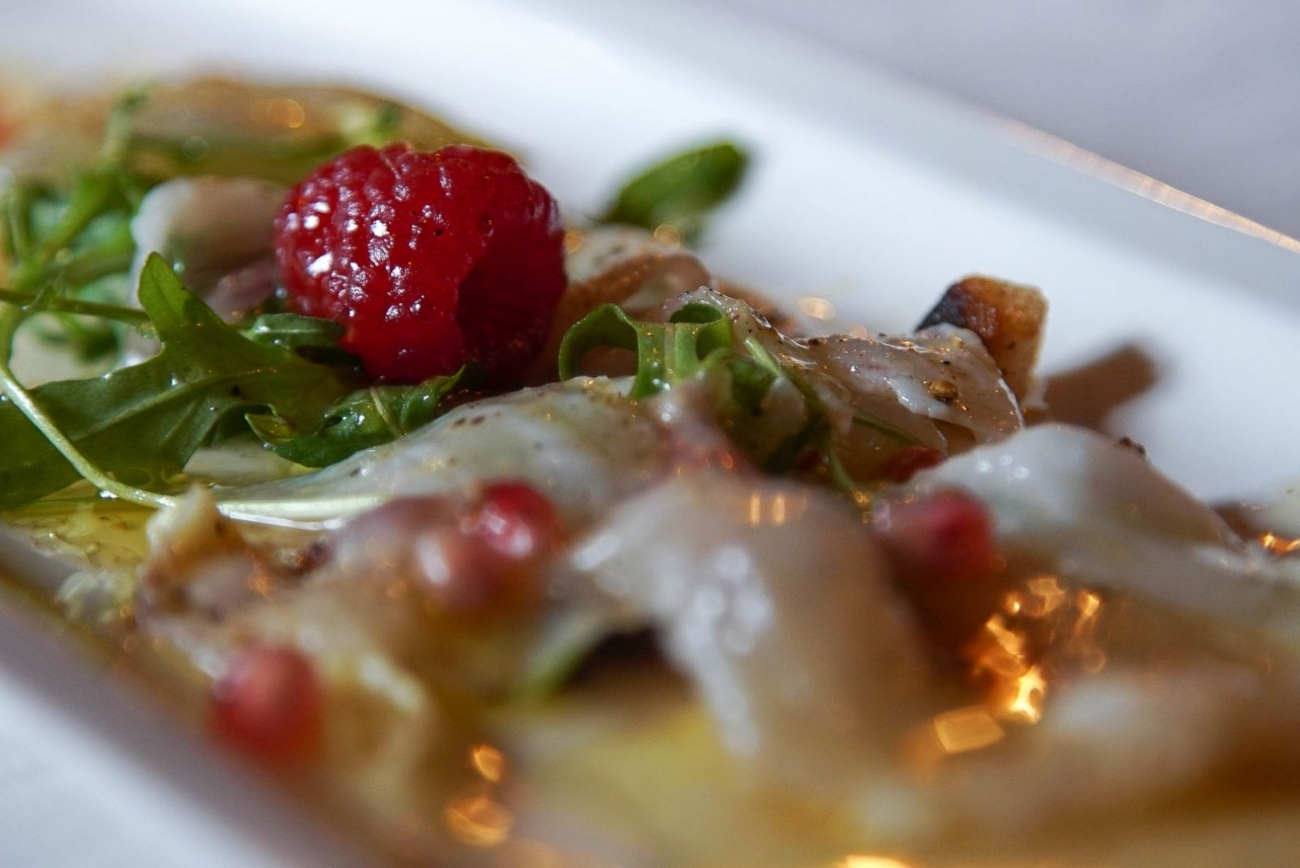 This harmony is reflected in Pikol's accommodation, which consists of a handful of pretty cabins set around the lake and connected by wooden pontoons, lending the place a charming lakeside-village feel. The cabins are very comfortable and boast magnificent views of both the water and the forest. The interior decoration is very pleasant, with their successful marriage of rustic and modern tastes. Each has its own Jacuzzi, a great way for guests to soak up the surroundings… All the more reason to slow down and immerse yourself in a memorable stay here.