Save some room for these delicious deep-fried skewers.

Kushikatsu establishments can be found all over Japan, but none more so than in the city it is said to have originated from: Osaka. Kushikatsu are bite-sized meats and vegetables that are skewered, coated in a batter and fried until golden—simple, unpretentious food at its most addictive best.

While it sounds no different from the more well-known tempura, the distinction is in the batter. The batter for tempura is made of water, flour and eggs, while kushikatsu has added panko, or breadcrumbs, that results in a crispier crust with a bready taste. 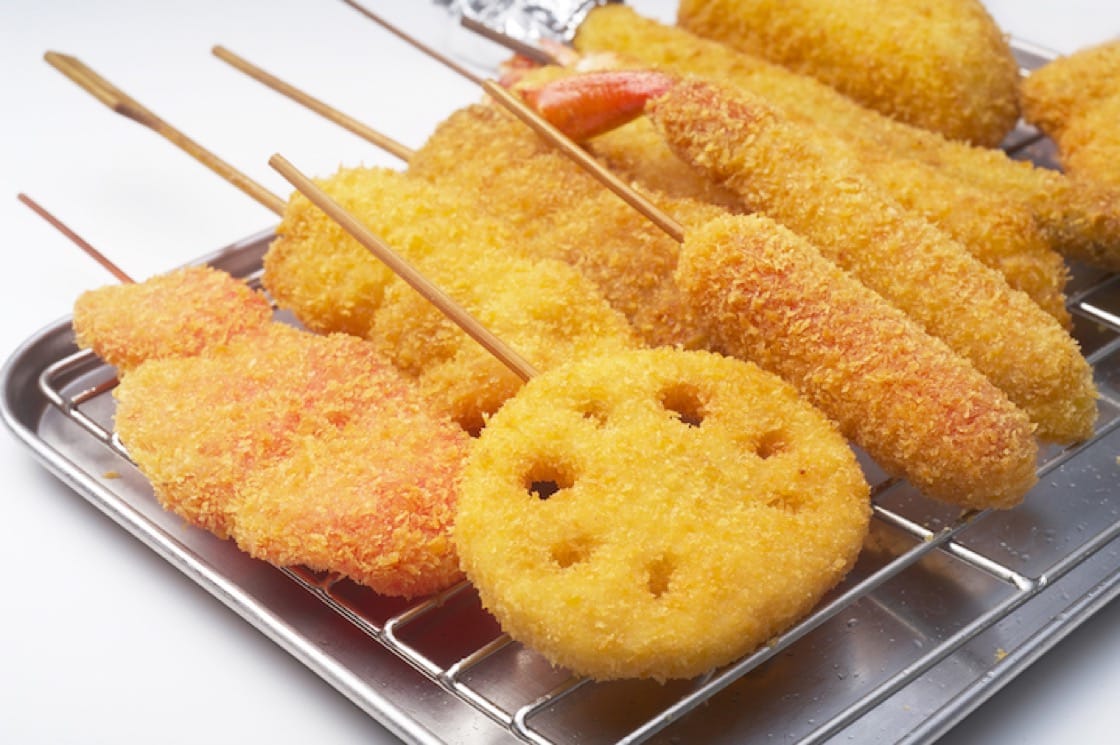 Opening just last month at Clarke Quay is Kushikatu Tanaka, a household name in Japan where they have more than 160 outlets across the country serving up their famous Osaka-style fried cutlet skewers and signature dipping sauce. Founders Keiji Nuki and Hiroe Tanaka were in town for the launch. The latest opening in Singapore marks their 169th store, and their first in Asia. 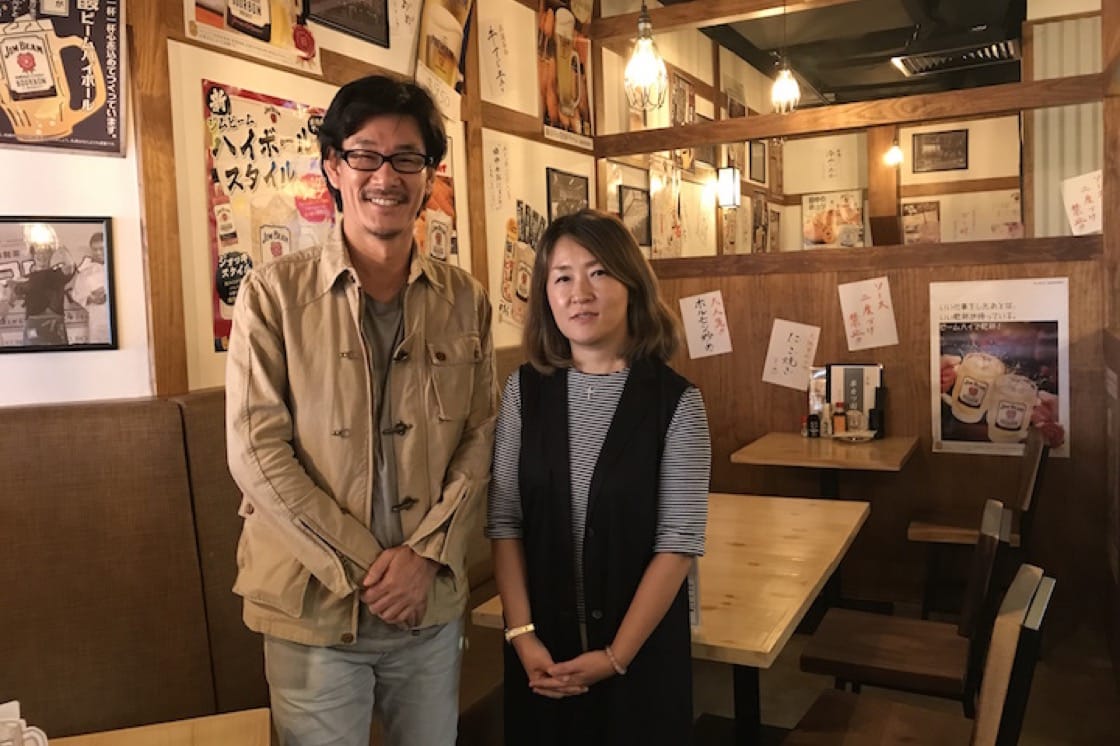 Founders of Kushikatsu Tanaka, Keiji Nuki and Hiroe Tanaka, at the Singapore opening last month.
At Kushikatsu Tanaka, you might be seated along the bar counter or in one of the cozy booth seats where you’ll be served a plate of raw cabbage leaves and a tin of their proprietary sauce. On the menu, you'll find ingredients like beef, prawn, oysters and various root vegetables. These are then battered in panko crumbs and fried to golden brown perfection for you to dip in the fruity Worcestershire-type sauce.

Over at Panko in Haji Lane which opened in July last year, the offerings are a little fancier with the likes of mochi bacon kushi topped with mentai mayo, shiitake with chicken truffle miso and Hokkaido scallop with sea urchin. These are also skewered and fried, then paired with specific sauces, unlike more traditional establishments like Kushikatsu Tanaka, where one sauce goes with all the skewers. 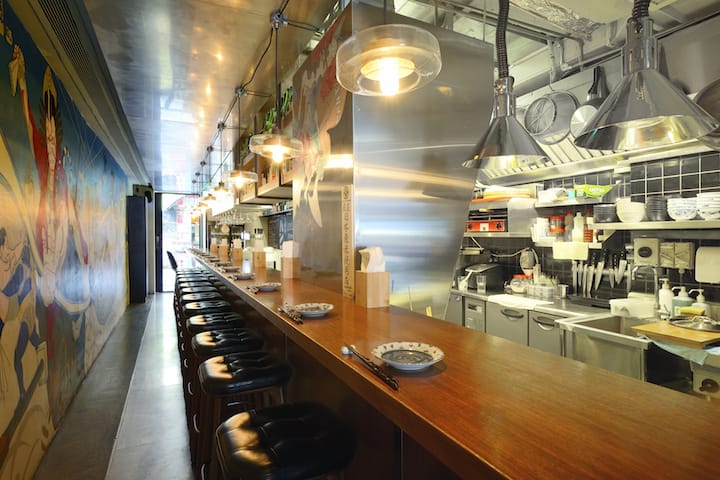 Panko at Haji Lane.
The rule remains the same though: “No double-dipping!” says Tanaka, laughing. “A fried item like asparagus is quite long and you might be tempted to dip it again, but instead you should use the cabbage leaf as a spoon to put more sauce on the skewer.”

Kushikatsu is usually eaten for dinner, or with after-work drinks. Kushikatsu Tanaka co-founder Nuki recommends pairing the skewers with whisky highballs. “Usually in izakayas like these, beer is more popular. But we’ve noticed here that highball is now as popular, if not more so.” 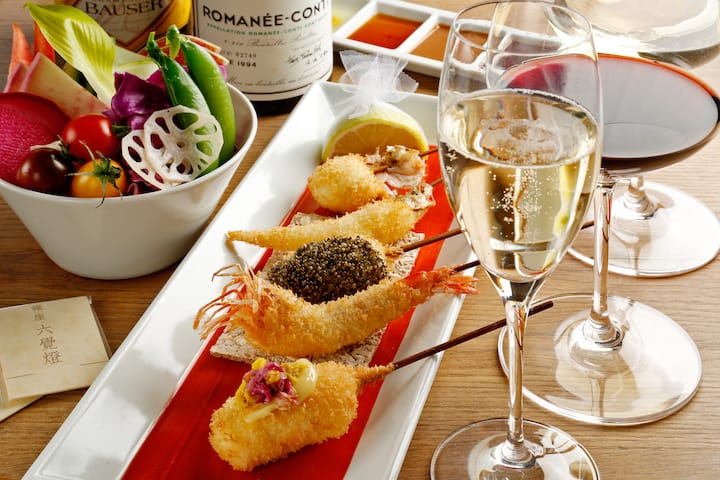 Kushikatsu is elevated to fine dining standards at Rokukakutei.
Kushikatsu has its roots as working-class food: hearty, easy-to-eat and cheap, and in its most dominant form these days, a smoky izakaya-style bar or casual fast food chain. Bucking the trend though, is Ginza Rokukakutei in Osaka, which received its first Michelin star in 2009 serving up kushikatsu made with premium ingredients and pairing it with fine wines instead of beer and highballs.

It also launched its first overseas outpost in Singapore last July, opening an intimate 40-seater at Odeon Towers. The menu is omakase-style where you get up to 20 skewers of Wagyu, scallops, fresh vegetables and seafood battered and expertly fried, along with a bowl of refreshing sweet vegetables that help cleanse your palate during the meal.

Watch the video below to see how these delicious skewers are expertly prepared and fried.

Get Jiggly With The Hottest Dessert Trend Of 2018: Fluffy, Wobbly Japanese Pancakes

Sink your teeth into stacks of cloud-like and totally Instagram-worthy pancakes from these Japanese cafes.

Getting Ready For L’eau de Cocktail

Fat-washing was seen at one point as the most advanced technique in cocktail making to add savoury notes to spirits. But a new trend has emerged: the most cutting-edge concoctions in the future will wear perfumes with seductive smells.