Make no bones about it, you might soon be eschewing your morning cup of coffee for a mug of rich bone broth. Initially gaining traction among the Paleo crowd, this beverage is now widely being touted as a restorative cure-all and has reached new levels of mass appeal in the United States with takeaway counters selling bone broth by the cup and “soup-baristas” peddling the beverage from carts.

This trendy tonic is made by simmering bones in water over a long period of time to draw out all its nutrients and minerals into the liquid. Cooked with other ingredients like vegetables, herbs and spices, the umami-packed concoction can then be used as a base for other dishes or drunk on its own as a beverage.

Sounds like a marketing spiel for what is essentially soup stock? Here’s what you need to know about the bone broth wellness trend. 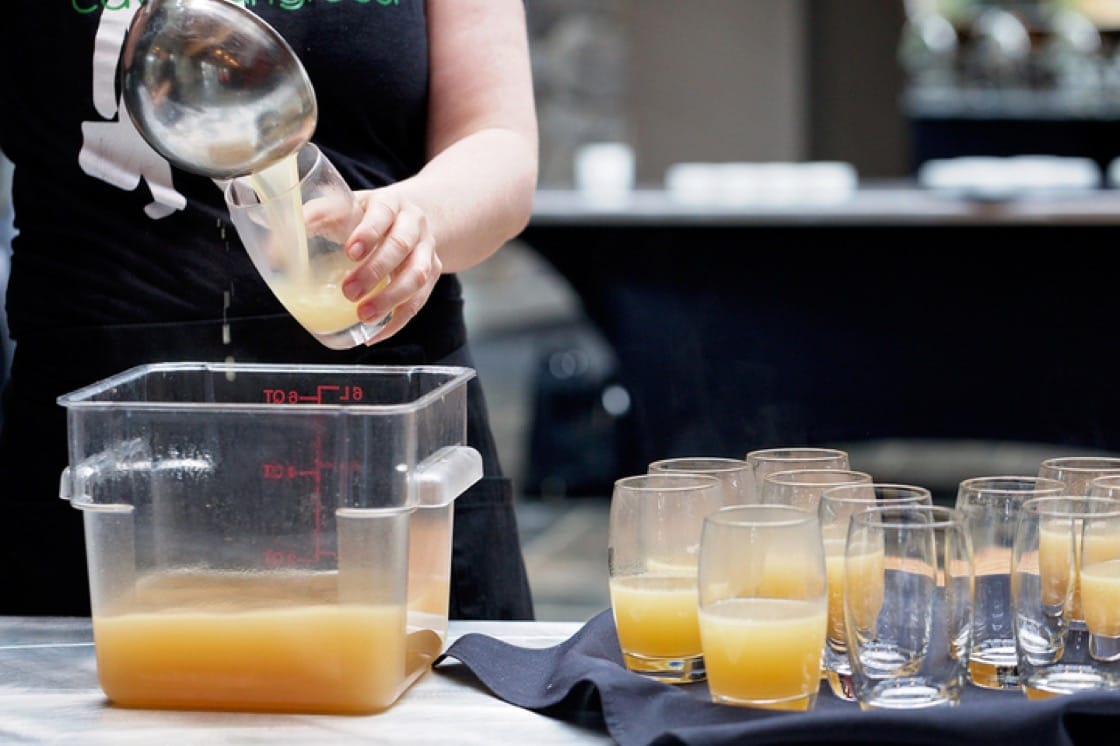 Serve it in a bowl and it's soup, drink it from a cup and it's bone broth. (Pic: ShutterStock)
1. Time and quality of ingredients are of the essence in brewing bone broth.
Bone broth, soup stock, bouillon, consommé — what’s the difference? Not much, as it turns out. Bone broth is a stock that is made with animal bones and simmered for a long time. What differentiates it as a wellness trend is the care put into brewing bone broth.

Stock used in cooking can be made in two to three hours, less, if you use a pressure cooker, but a good bone broth is generally simmered for 24 hours or more. The slow and long cooking time draws the gelatin from the joints and also leaches the minerals out of the bones themselves. By the time a bone broth is done, the bones should disintegrate with the push of a spoon.

Bone broth is certainly a world apart from store-bought stock which usually contains added sodium, sugar, preservatives and artificial flavourings. Homemade broth or high-quality stock made at restaurants would typically be made with the fresh ingredients and a hefty amount of patience to yield a brew packed full of flavour and ingredients.

2. Bone broth is as old as time…
Drinking boiled bones is nothing new. It was part of the Palaeolithic diet since man started cooking with fire; Europeans in the Middle Ages drank a restorative broth called restaurer and the English have sipped beef tea since the Victorian era.

Here in Asia, bone broth can hardly be called a trend since it never really went away. Big vats of bubbling soup are a common sight in markets and hawker centres everywhere and fine-dining Chinese chefs take great pride in brewing premium stock or gao tang for their dishes. Bottled essence of chicken, prized for its ability to boost concentration, is a mainstay of most families with school-aged children.

3. …But in recent years, the bone broth business has taken the Western world by storm.
As the Paleo diet gained traction, so did bone broth, a key element in this low-carb, high-protein diet. The bone broth craze has swept through the western world in recent years, peaking in the United States thanks to athlete and celebrity endorsements. Dedicated broth shops like Cauldron Broths in Seattle have opened, and chefs like Marco Canora of New York restaurant Hearth have started selling takeout cups of bone broth. Even supermarkets began cashing in with freezer-packs and broth-enriched bottled juices. 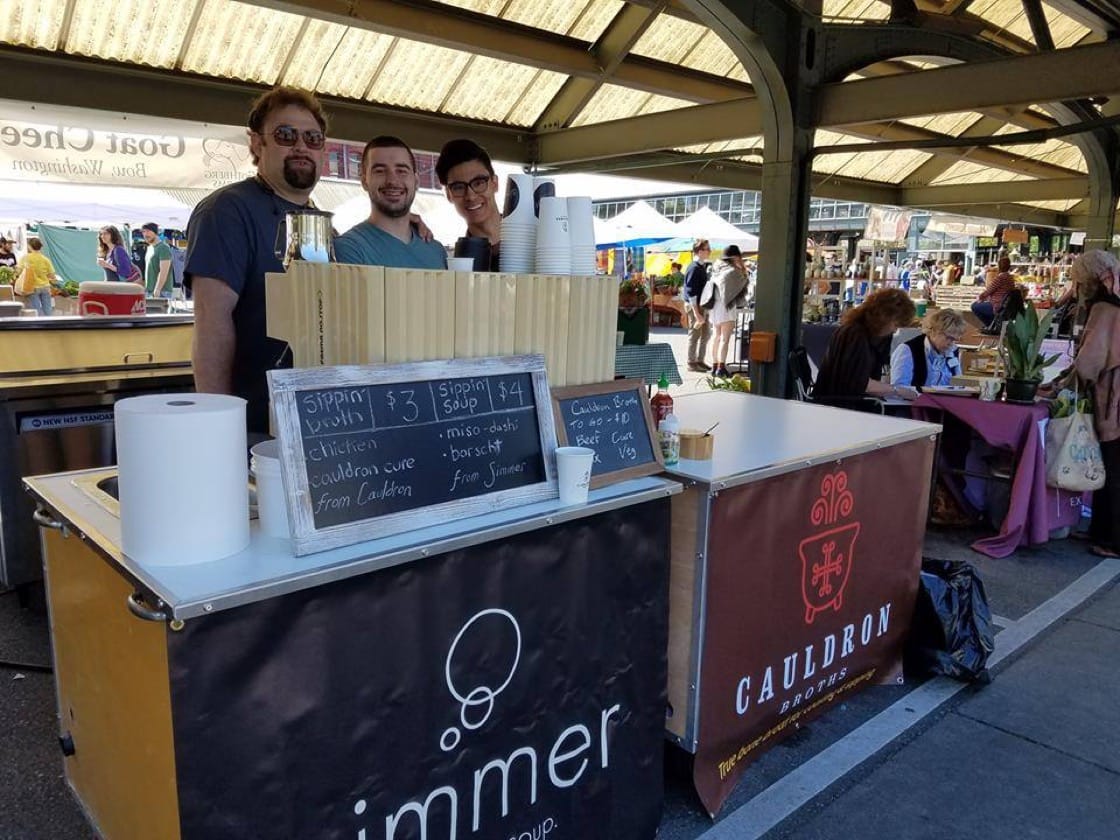 Cauldron Bone Broths and Simmer Soup Company at Bellingham Farmers Market in Washington. (Pic: Cauldron Broths Facebook)
4. Bone broth has a whole host of health benefits.
Bone broth is a rich source of collagen and glucosamine which protects the joint and improves skin elasticity, while glycine found in bone broth helps ward off fatigue. The gelatin drawn out from the bones also helps with leaky gut syndrome and eases chronic diarrhoea, constipation and some food intolerances. Phosphorus, magnesium and calcium in the animal bones also seep into the broth, providing essential nutrients for healthy bones.

5. There are many ways to eat and cook with bone broth.
To make bone broth, all you need is a slow-cooker, bones of your choice, something acidic like apple cider vinegar which helps pull minerals from the bones and any preferred herbs and spices like turmeric or peppercorn. Different types of bones yield a broth with a different flavour and intensity, but with more or less the same nutritional benefits. You can use chicken or fish for something lighter, or pork, veal or beef bones for a richer broth. Try this recipe for beef bone broth from wellness lifestyle brand COMO Shambhala. The recipe is easy but time-intensive, so making a larger batch and freezing the excess in individual portions is the way to go. Whether you drink it straight as a beverage or use it as a base stock for cooking soups, stews and other dishes, you can be sure that you’re assimilating all that bone broth goodness into your body.