Brush up on your food terminology with us, from commonplace colloquialisms to obscure obsessions, as we demystify culinary lingo in our Kitchen Language column.
A quenelle (say kuh-nell) is a perfectly smooth, football-shaped scoop of any soft food that instantly upgrades your plating and gives dishes a sophisticated touch. At a fine-dining restaurant, you might see this technique used across dishes throughout your 10-course degustation: in a graceful oval scoop of pâté atop a crisp baguette, displayed in a generous dollop of caviar or in a spoonful of tangy tapenade. It might be even more apparent at dessert when ice cream, mousse, whipped cream and sorbet are served in an elegant quenelle.

The name is taken from a dish in traditional French cuisine called quenelles de brochet, referring to a mixture of creamed fish combined with breadcrumbs and an egg binding, formed into an egg-like shape and poached. Now, a quenelle is more commonly used to describe any food made into a similar shape, such as ice cream, beef tartare or mashed potatoes. 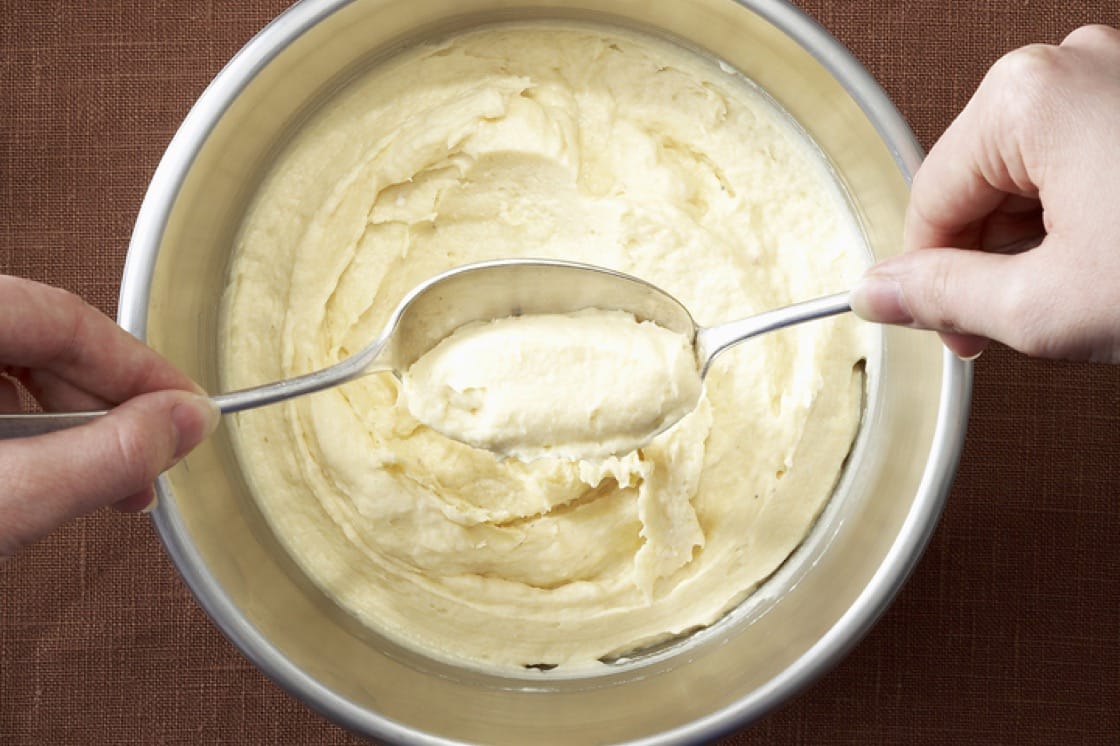 A quenelle can be done with one spoon or two.
Now that you know what it is, the question is: can you quenelle? As it turns out, it is not that easy to produce a textbook quenelle—a perfectly smooth egg with slightly pointed ends. The technique can be executed with one spoon or two, but the former yields a smoother quenelle with no apparent edges and is the one favored by chefs.

Cindy Khoo, executive pastry chef of Hilton Singapore, remembers refining this technique under the tutelage of her mentor during her time as commis at Shangri-la Hotel Singapore. “It’s one of the basics we learned at the start of our culinary journey," she says. "It took me a couple of months to be able to execute it confidently. At the beginning, it usually came out of shape or stuck to the spoon and we would have to redo it over and over again.” 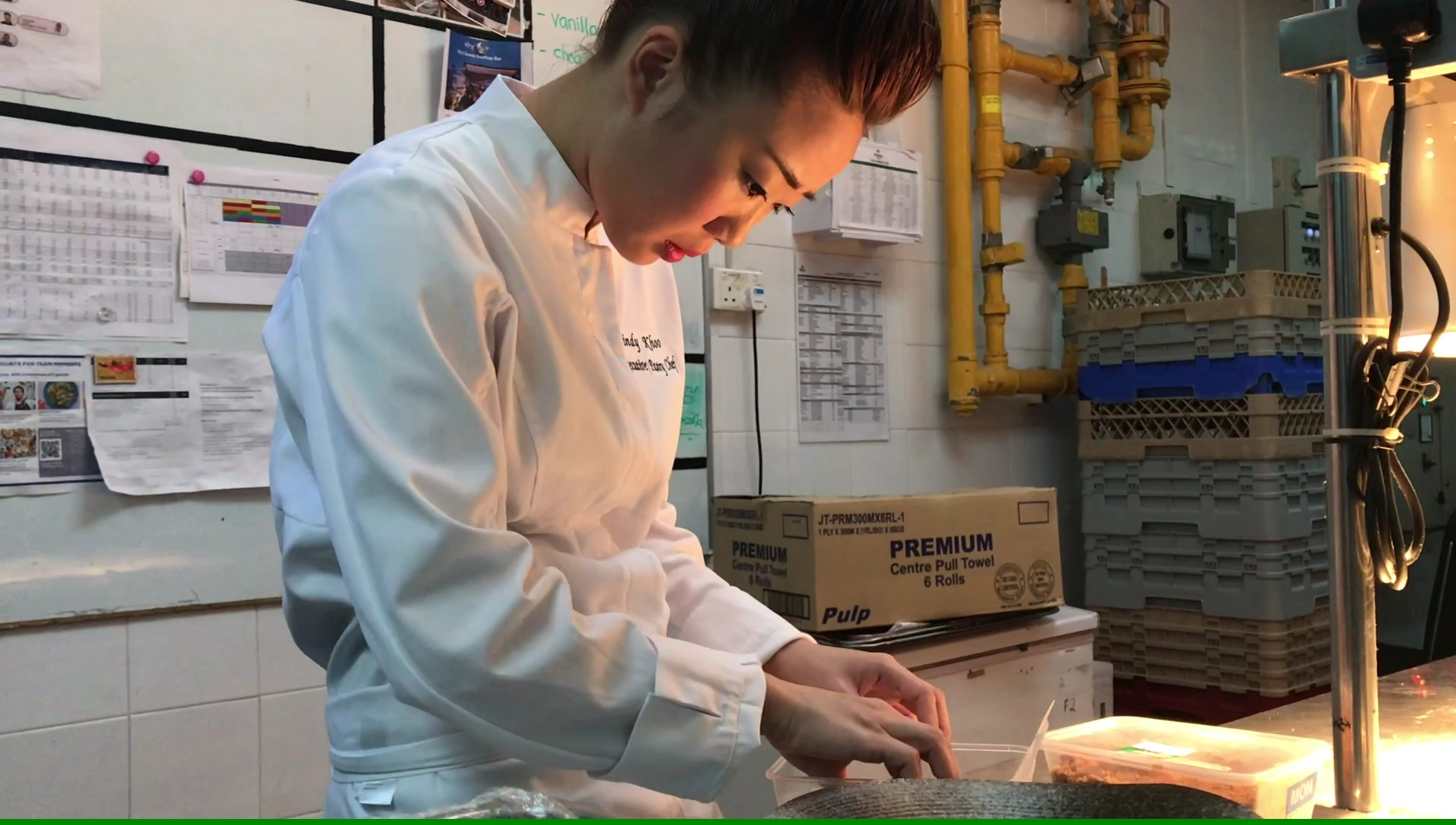 It’s a technique that takes practice but is well worth the effort. “The classic and elegant shape is a timeless design that really elevates the plate by adding a touch of culinary flair to it.”