William Bradley is the director and executive chef of San Diego’s first and only one-MICHELIN-starred restaurant, Addison, which opened in Carmel Valley in 2006 and received its star at the live revelation in June. Originally a city with a charming reputation for craft beer and fish tacos, San Diego is also home to many fine-dining establishments, 14 restaurants designated with The Plate and five eateries designated with a Bib Gourmand. “Getting the star had a massive impact on our restaurant and the dining scene here in San Diego,” says Bradley. “I don’t think we’ve had a single slow day since.”

According to our inspectors, Addison offers “one of San Diego’s most coveted meals,” replete with “French-influenced compositions” that are “downright gorgeous” and an elegant setting to boot. “Arched ceilings stretch overhead,” “a roaring fireplace sends light dancing off the marble” and “glossy windows” overlook a sprawling golf course.

RELATED: View San Diego’s Other MICHELIN-Recognized Restaurants
It’s no overlooked convenience that Bradley’s home is just a block from the restaurant, given all the late nights and early mornings he’s had since 2006. Here the chef keeps a rare treasure: his personal collection of over 600 cookbooks. “I collect them out of respect for the chefs,” he says. “Young chefs at Addison and colleagues of mine will come and browse, or I’ll lend a book and sometimes it doesn’t come back.” In this way, Bradley is a resource of knowledge that dates far beyond his own experience. 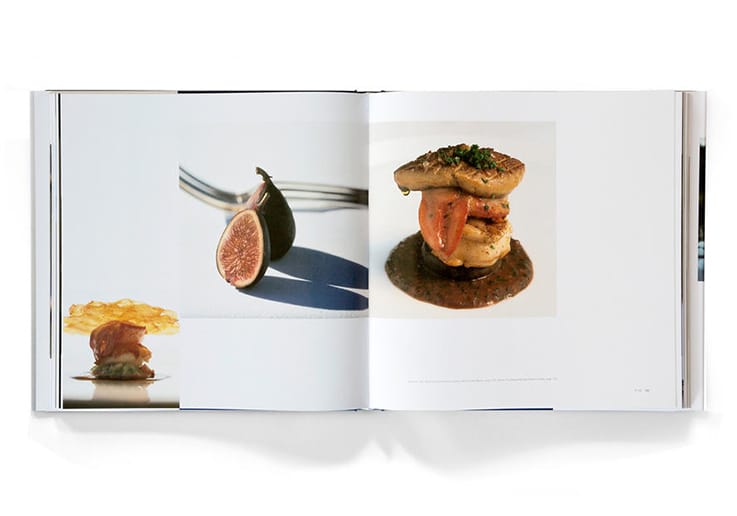 A peek inside The French Laundry cookbook. (Photo courtesy of Thomas Keller.)

The first cookbook Bradley received was Larousse Gastronomique, a (very) thick encyclopedia of French dishes and cooking techniques first published in Paris in 1938. “I received a first edition of the book from my aunt,” he says. The book features a preface by both Escoffier and Philéas Gilbert. “It showed such a unique perspective on cooking. It didn’t have pictures. You needed to imagine, you needed the romance.”

In contrast, he counts Grand Livre de Cuisine by Alain Ducasse as another among his favorites. The encyclopedia (which itself weighs over 10 pounds) includes 1,000 color photographs and is organized around 100 ingredients from acacia to zucchini. “Cookbooks are a light into the soul of a chef,” says Bradley, fondly. “In my generation, we didn’t see all these big figure chefs on TV and everywhere else. Books were really how you got to know their thinking.”

Bradley also has great respect for another classic in his collection, Great Chefs of France, which includes tremendous detail and knowledge of the lives of France’s great chefs at the dawn of the Nouvelle Cuisine era. “My favorite cookbooks are ones that change the paradigm of cooking,” he says. To this end, he pulls out other favorites: The French Laundry Cookbook (which celebrated its 25th anniversary this year) and the elBulli collection (which sells for nearly $300 on Amazon), among others. “These are collector’s items.”

Bradley finds amusement in the increasing value of some of his most cherished books. “It was about five years ago that I bought Bernard Pacaud’s cookbook [L'Ambroisie, Place des Vosges a Paris] on eBay,” he says. “Now I’ve seen it selling for $600–$700 online.” 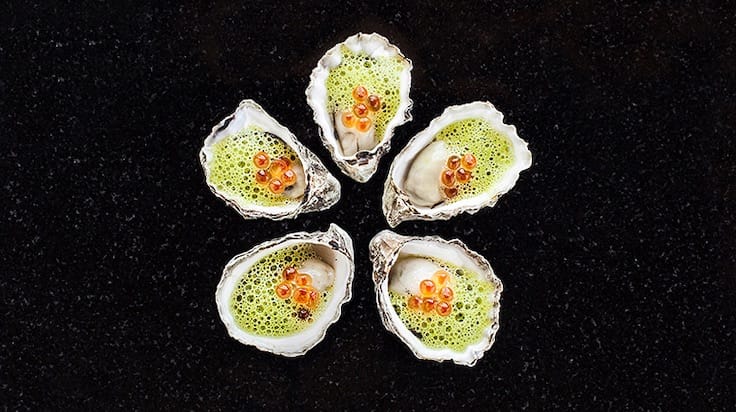 His favorites, though, are Ducasse’s, of which he owns almost the complete collection. “Ducasse had a big impact on me in my early career,” he says. “He takes very humble ingredients and elevates them to compete with some of the most luxurious items.” From bistro-style books to children’s cookbooks, Ducasse’s range is exceptional. One that Bradley especially loves is Harvesting Excellence, published in 2000, which is “a great story about ingredients, farmers and purveyors that don’t get the recognition that they deserve.”

RELATED: Inside Alain Ducasse’s Restaurant on the Seine
Of the more unusual books that Bradley owns is Reflections of Culinary Artistry by Pierre Gagnaire, known for his eccentric and architectural dishes. “There’s very artistic photography in this book and little stories off to the side,” says Bradley. “To me, that helped me understand that you can sit there and drive your dishes by thought.”

On occasion, Bradley brings a cookbook from home into Addison’s kitchen. “Ducasse has a great salt dough for baking proteins like fish, for instance,” he adds. “Or we’ll reference a Charlie Trotter dessert book from years ago. Take that technique and apply it to what we’re trying to do.”

Bradley’s books are predominantly French, but span many cultures in all. He loves Vij’s Indian, Our Stories, Spices and Cherished Recipes by Meeru Dhalwala and Vikram Vij (published in 2016); Haute Chinese Cuisine From the Kitchen of Wakiya by Yuji Wakiya (2008); and Never Trust a Skinny Italian Chef by Massimo Bottura (2014).

While he buys most of his books online, he always appreciates a bookshop. For this, his favorite is Kitchen Arts & Letters in New York’s Upper East Side (open since 1983). “I used to go there a lot and just look around for hours.” He also cites another great culinary bookstore, The Cookbook Store in Toronto, which closed after over three decades in business. “There used to be an antique cookbook store in the Hillcrest area in San Diego,” he adds. “It was one of those bookstores that you walked in and you could never find the lady that owned it.”

Today, Bradley’s cookbook collection continues to grow. “My wife keeps asking me to clear it out, but I don’t think I’m going to.”

These new releases from our favourite celeb chefs and food blogs are all for easy everyday meals and won’t just be sitting pretty on your coffee table.