Executive chef Chen Kentaro reveals that this classic stir-fry is a “rite of passage for any Shisen Hanten chef-in-training”. He opines: “This dish requires a chef to have adequate foundation in Szechuan cuisine to cook it well as it features a variety of preparation and cooking techniques”.

The dish calls for slender strips of marinated beef to be sauteed in a wok with capsicums and bamboo shoots, before Japanese leeks are added.

Foodies can try out this cooking litmus test at home with chef Chen 14th and his latest cookbook, A Dash of Szechwan. Published last month, the 150-page cookbook comprises about 50 recipes for Szechuan dishes—some of which are served in the restaurant as well as his take on recipes from his three-generation family of chefs. 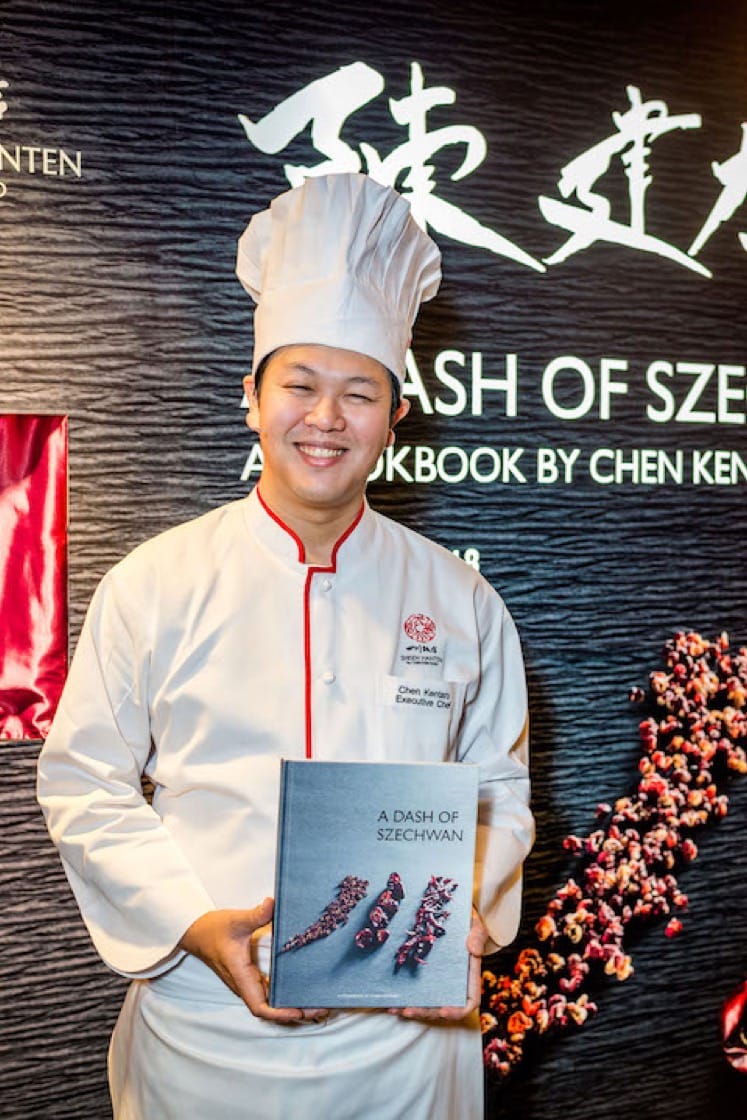 After writing four cookbooks over the past four years, A Dash of Szechwan marks chef Chen’s first cookbook that is wholly written in English. The Japan-born chef, who predominantly speaks Japanese and Chinese, worked with a translator for his debut English effort.

He says: “I am excited to share my love of Szechuan cooking with a wider audience and show that there are more flavours to the cuisine than the spicy and pungent”. He adds that more diners in Singapore have approached him for cooking tips in recent years.

To whet readers’ appetite, chef Chen has peppered the recipes with food anecdotes of his grandfather, Chen Kenmin, who is known as
the pioneering “the “Father of Szechuan cuisine” in Japan and his father, Chen Kenichi, who was the Chinese chef on the long-running Iron Chef cooking show. 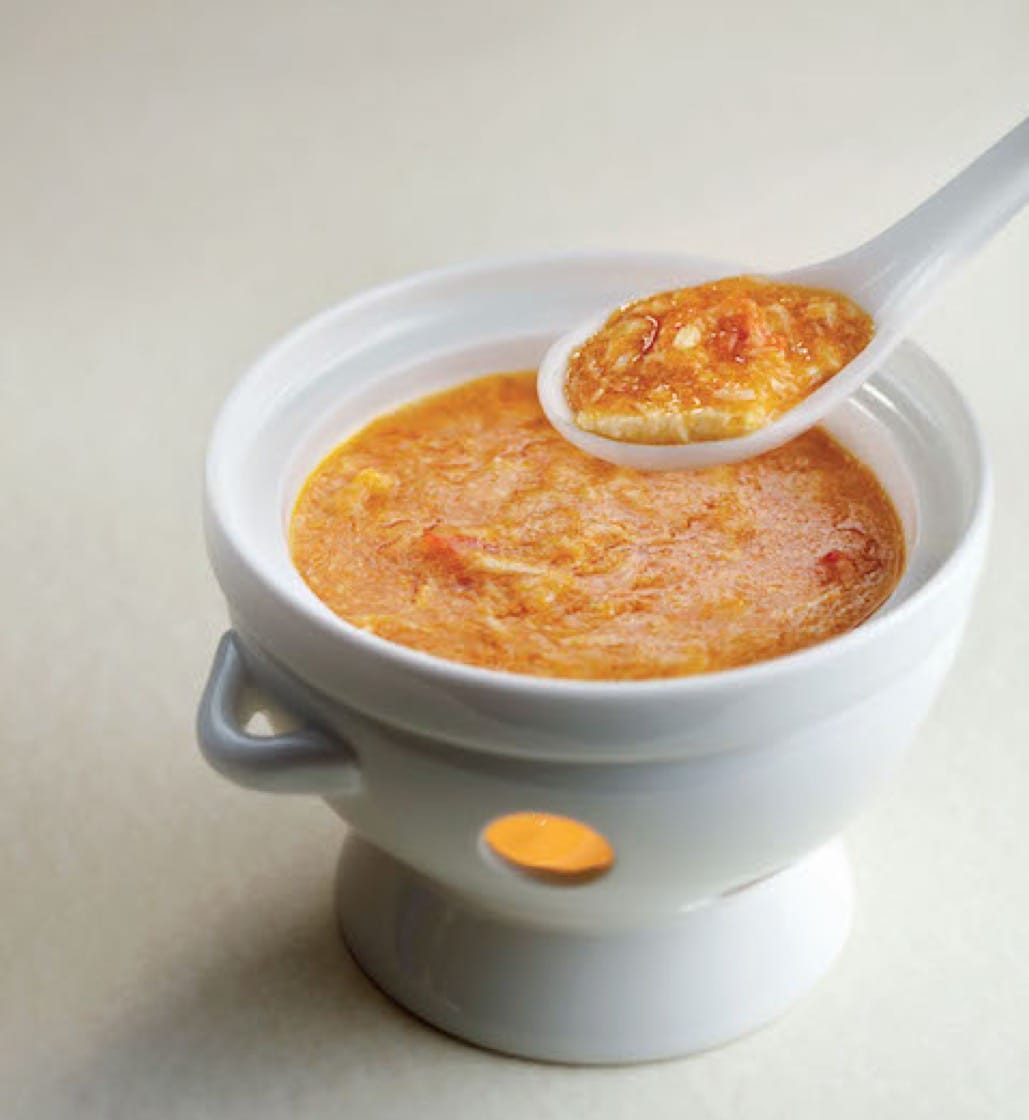 About half of the recipes in the cookbook have been published for the first time. They include foie Gras chawanmushi with crab roe soup and turbot with shishito pepper. The soup fuses influences from European and Chinese cuisines—rich crab roe soup is ladled over a bowl of steamed foie gras chawanmushi. Chef Kentaro was inspired by a crab roe soup that his father whipped up during his Iron Chef days.

Another new recipe is turbot with shishito pepper. 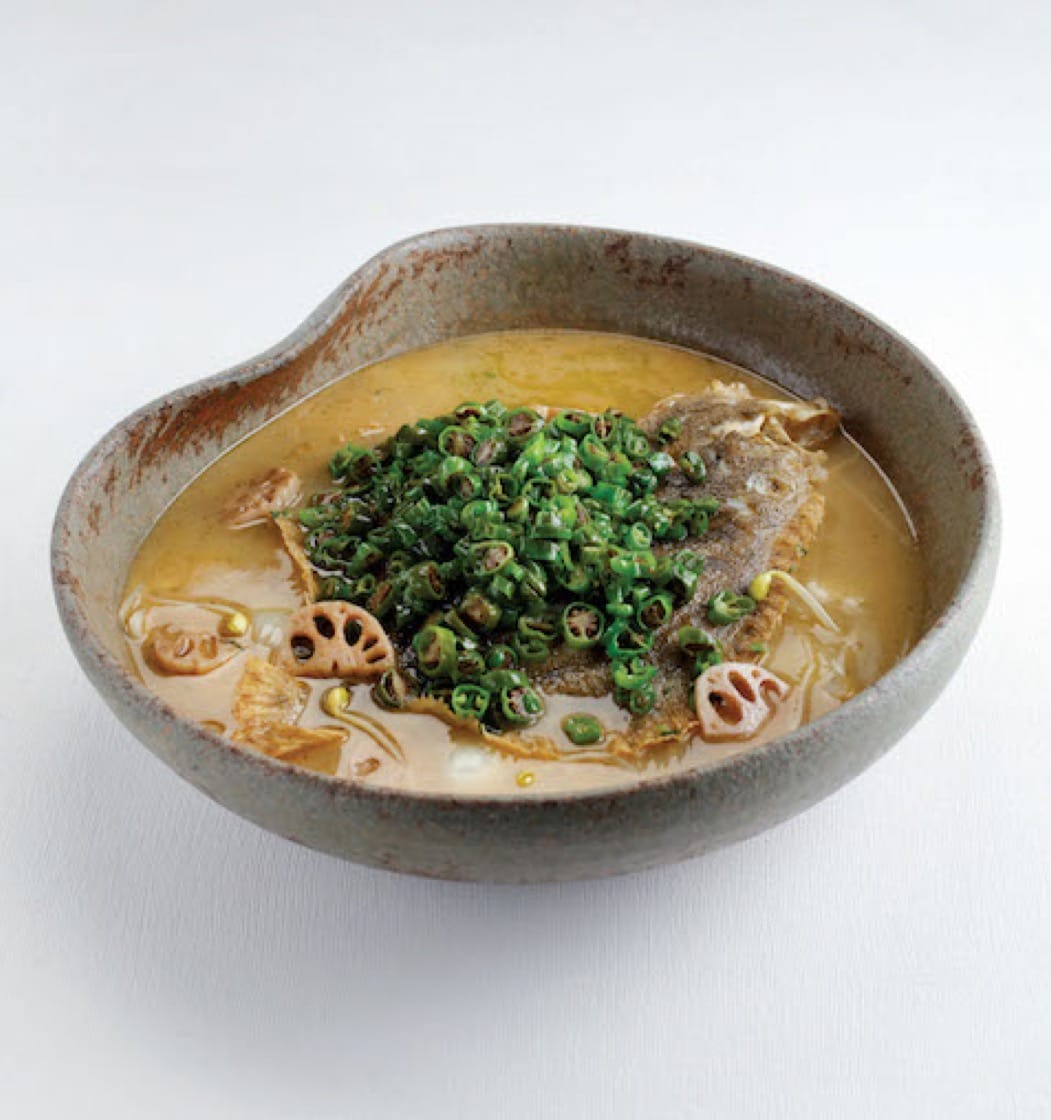 The deep-fried fish is immersed in Shaoxing rice wine-spiked pork and chicken stock and topped with sliced green chilli and shishito pepper. He says: “This dish showcases the seven distinct flavours of Szechuan cuisine: sour, pungent, hot, sweet, bitter, aromatic and salty, all in one dish”. Instead of cooked fish topped with red or green chillies, he sprinkled shishito pepper to add a more refreshing kick to the dish.

Nifty features in the cookbook include a pictorial glossary of ingredients, cooking tips and picture step-by-step cooking guides in the recipes.

What’s his secret to transporting Szechuan cooking from restaurants to homes? Ensure that the basic cooking sauces are prepared in advance to ensure a smoother cooking process. To that end, he has also included recipes for the foundation stocks such as chicken and pork stocks and chicken oil.

A Dash of Szechwan cookbook is available at Shisen Hanten by Chen Kentaro and is priced at $50.

RELATED: A Meal with Michelin: Chen Kentaro of Shisen Hanten