It's well-known that Tallinn’s medieval Old Town boasts some of Europe’s most notable buildings when it comes to both history and architecture, however, our inspectors’ travels around the country have proved that there are historical gems to be found outside of the city centre too. They have come across many restaurants located within striking buildings, which boast fascinating pasts. Here are some of our favourites, where you can be sure to enjoy a side of history with your meal. 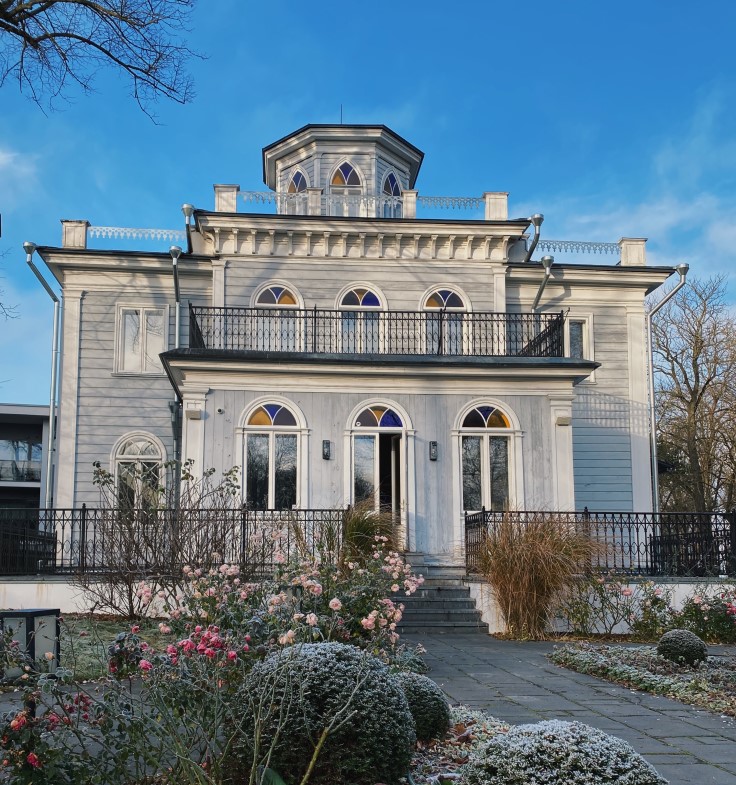 Mon Repos, Tallinn
This charming 19C former Imperial summer residence overlooks the historic Kadriorg Castle Park and is where the Russian nobles and residents of St. Petersburg would spend their summers. At the end of the Tsarist era the property was turned into a casino-cum-restaurant but, sadly, its glory days were short-lived. After falling into disrepair, architect Külli Salum was called in to restore the building in 2016, retaining original features such as wooden pillars, stained glass and panelled ceilings, and blending them with sleek modern furnishings. When it comes to the cooking, here you can enjoy a range of assured, colourfully presented dishes with Mediterranean and European influences. Flavours are well-thought-through, with appealing textural contrast. 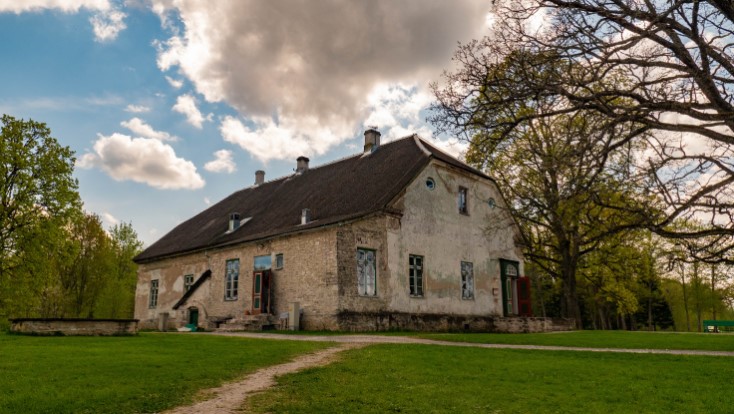 Põhjaka Manor, Mäeküla (Michelin Green Star)
Set midway between Tallinn and Tartu, Põhjaka Manor’s location in wooded countryside is idyllic and tranquil. The building dates back to the early part of the 19C, when it was owned by Paul Gotthard von Dücker. It was then bought by Knight Master Count Karl Gustav Mellin in 1816 and completed by his son in 1820. It is interesting to note that the main door was not located on the façade but at one end of the property. The building was then sold to a doctor in 1828; qualified as a knight’s manor in 1847 (under a different owner); and was purchased by Baron Konstantin Stackelberg in 1884, with his son Leo becoming the final owner before nationalisation in 1919. Today, its three dining rooms exude a pleasing vintage-cum-shabby-chic style, which maintain its links with the past; think mismatched furnishings, distressed plaster walls and stripped wooden floors. When it comes to the food, the daily changing, hyper-seasonal dishes are simple, rustic, and tasty – and are all served in generously sized portions which allow the homegrown and local ingredients to shine. 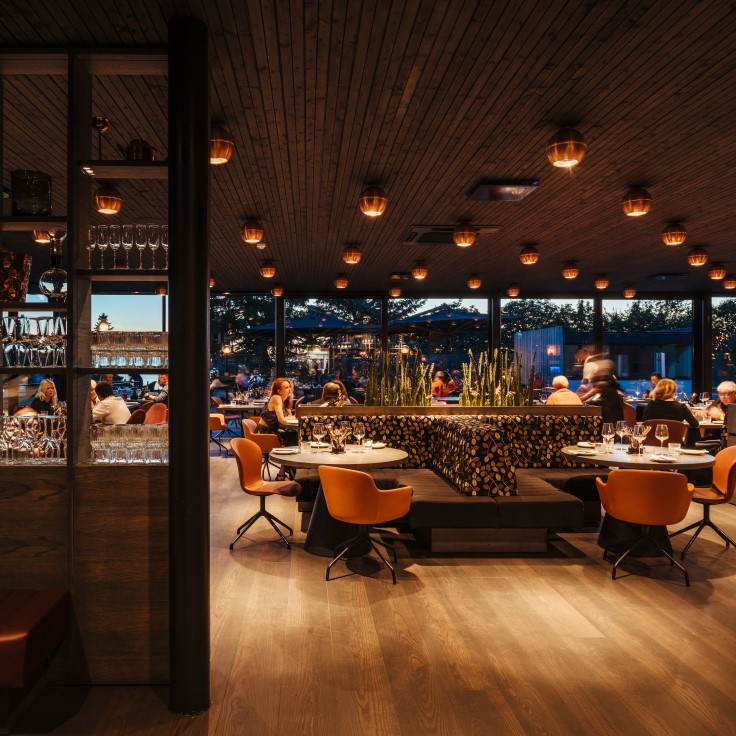 Tuljak, Tallinn
This sleek, striking building is a beautiful example of Estonian Modernist architecture. Designed by Valve Pormeister and completed in 1964, it is sited in an elevated spot and affords distant views of the Gulf of Finland. Following a meticulous restoration – which was recognised by the National Heritage Board – it was reborn and relaunched in 2015. The blue Volga motor car outside hails from the Soviet era in which it was first built, and the retro-cum-minimalist interior is flooded with light from its floor-to-ceiling windows. The concise menu brings things up-to-date by offering a range of modern dishes with a Baltic heart; however there are Asian and Mediterranean influences at play too, so expect plenty of originality and some intriguing flavours. 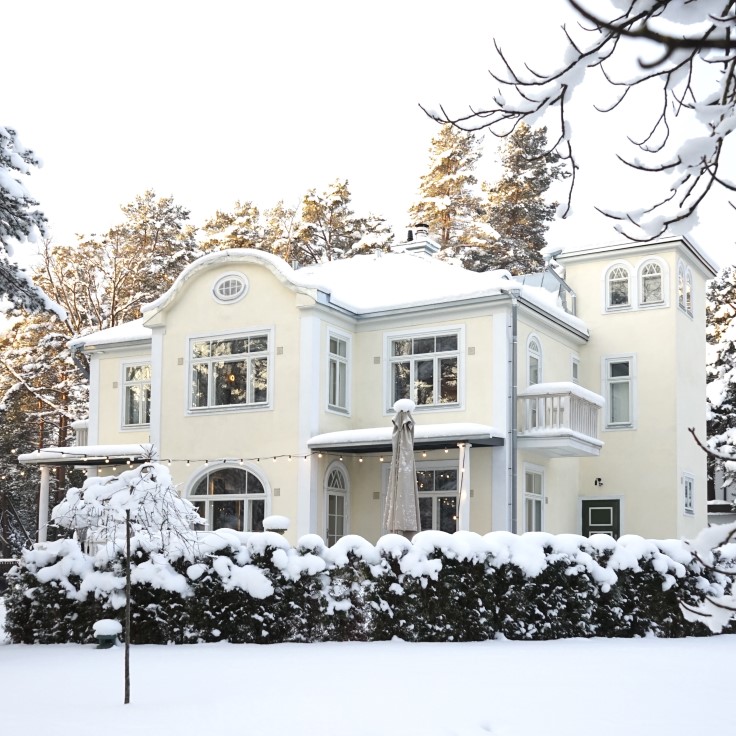 Paju Villa, Tallinn
Nõmme is one of Tallinn’s outer suburbs and it is here where you will find a beautifully elegant art nouveau villa named after the eponymous Karoline Paju, who built it back in 1931. Initially, permission for a single-storey building was granted, however Karoline’s plans became more and more grandiose – and she continued to build despite suspension orders from officials. When the project was finally completed, it was a two-storey building, with an additional building alongside! As with many others in the area, during the Soviet era the property slowly fell into disrepair, but thankfully it was rescued and renovated in 2017. Two floors and a number of small, interconnecting rooms now create a stylish and intimate space, and cooking sees modern classics given a twist – be sure to save room for the passionfruit tiramisu. 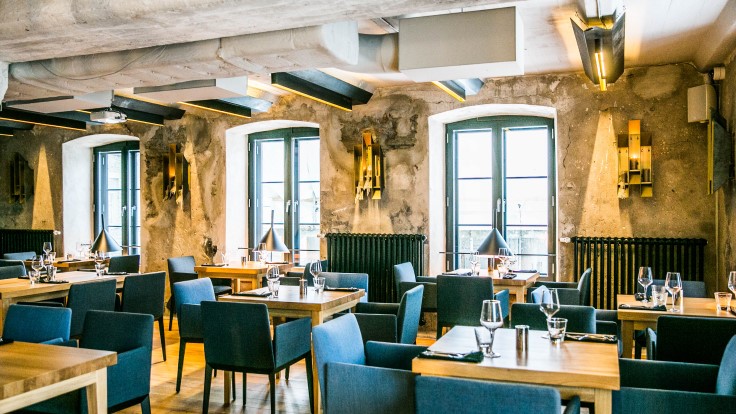 Pull, Tallinn
The rejuvenated pre-war industrial area known as the Rotermann Quarter is named after Christian Barthold Rotermann, who was a notable industrialist at the turn of the 20th century. It’s located between the Old Town, the port and Viru Square – and rivals the Old Town when it comes to the number of historical buildings it boasts. Within it sits an impressive 19C stone structure – a former grain elevator – which was recognised by the National Heritage Board in 2016. Inside, it has a rustic, industrial feel thanks to exposed stone, ceiling ducts, concrete pillars and chunky wooden tables – and an open kitchen on the ground floor adds to the experience. The menu delivers a range of modern dishes with an Estonian heart; meat plays a large part – including steaks from the charcoal grill – and portions are generous, hearty and full of flavour.

Some of the Michelin Inspectors’ favourite restaurants in Estonia’s capital